So long Sears, hello to an uncertain future for the mall
4 comments
Share this
{{featured_button_text}}
1 of 3 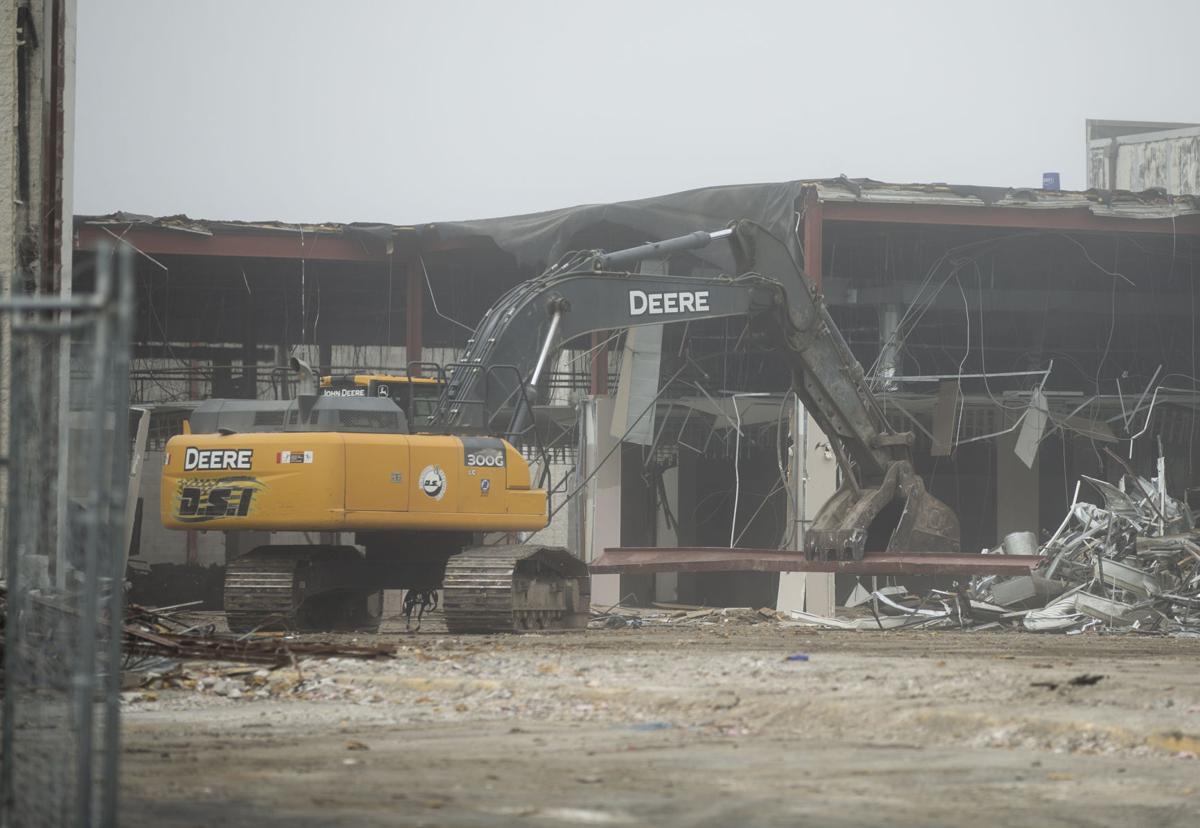 When the Spotsylvania Mall opened in 1980, Sears was an anchor tenant. Building demolition continued on Tuesday. 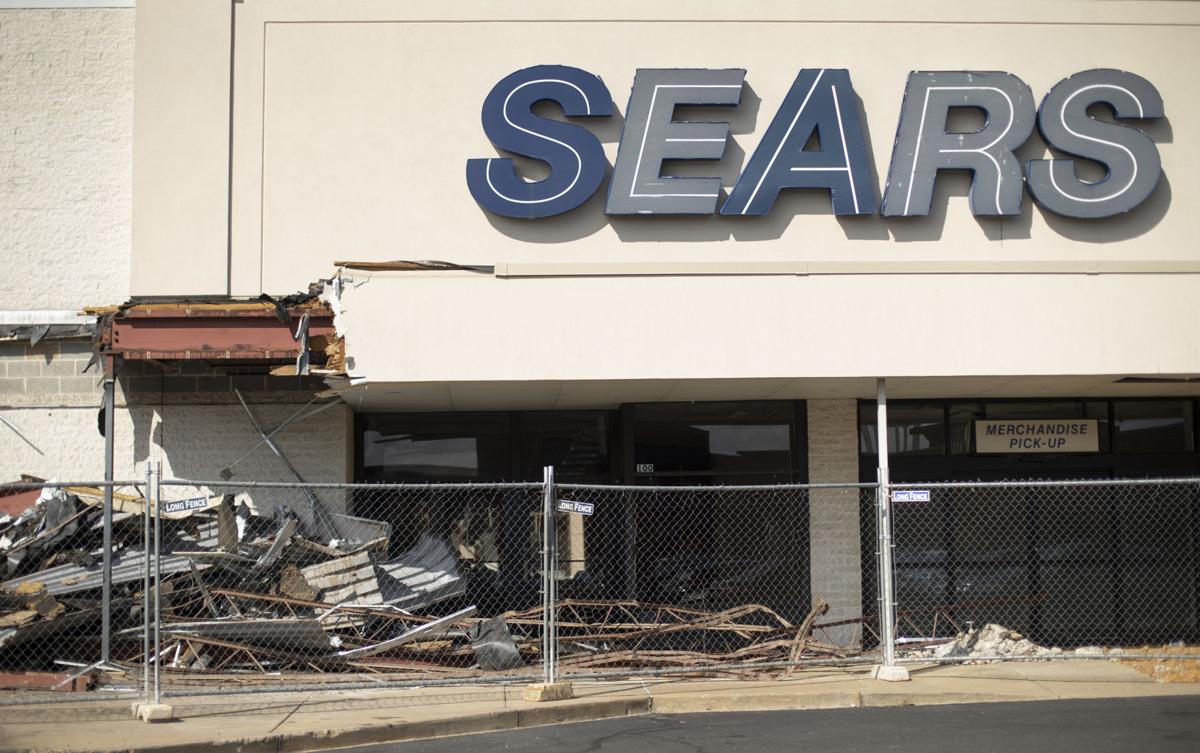 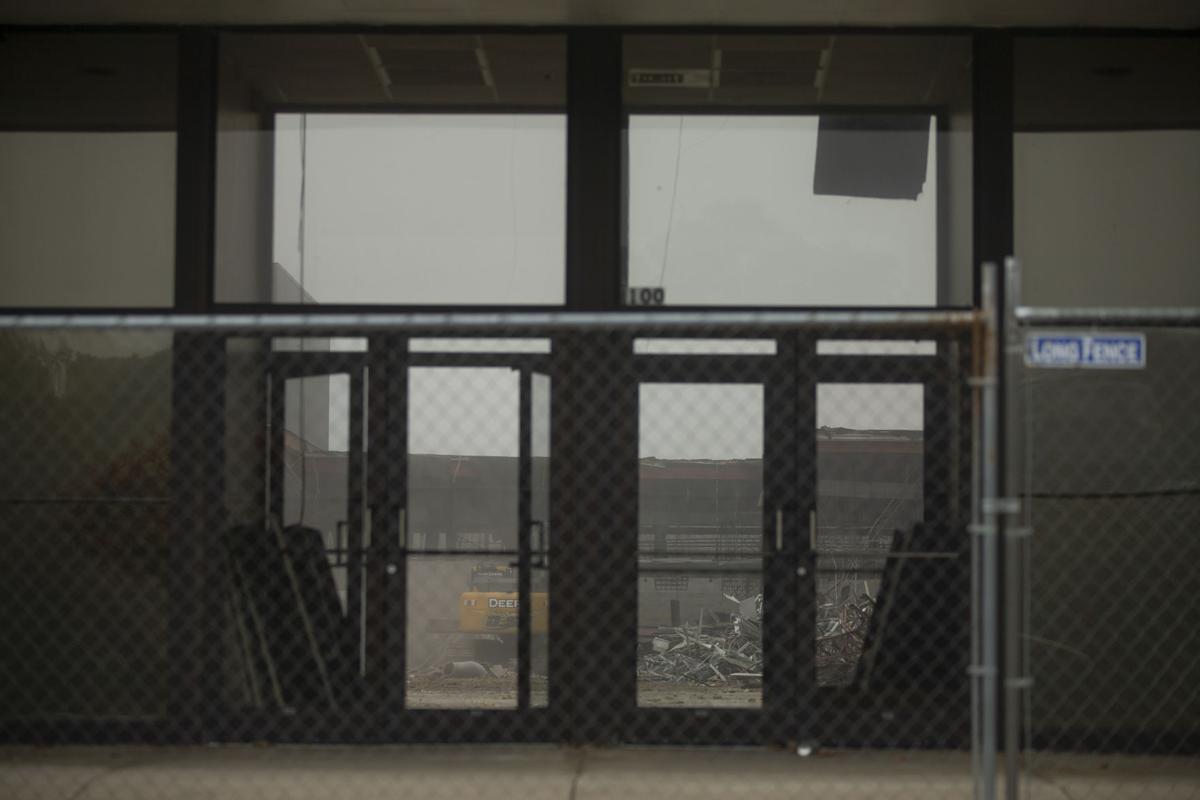 Sears, once the largest retailer in the world, declared bankruptcy and closed hundreds of stores.

Stores were open and a small crowd of shoppers milled about the Spotsylvania Towne Centre on Tuesday afternoon.

Things have picked up a bit for the mall in the aftermath of the pandemic lockdowns, but one store closed for good in February: Sears, an anchor since the mall opened in 1980.

While the store façade still stands, the interior is mostly gutted. On Tuesday, big machines navigated piles of concrete, ripping out steel beams and other remaining parts of the structure.

The old Sears could be replaced by a proposed apartment complex. Whatever the Sears space becomes, it likely will be just the start of a major evolution of the mall.

Joe Bell, spokesman for mall owner Cafaro, said in a recent interview that businesses at the mall were “blown to smithereens” by the pandemic, but they are slowly rebounding.

He also noted that Cafaro has a “different emphasis” for the mall and its future.

The pandemic has wrecked the brick-and-mortar retail world, but there were problems before COVID-19, led by the so-called death of malls, which have closed in droves in recent years.

In a September report, financial and tax advisory firm BDO said it expects a record-breaking number of businesses to file for bankruptcy and close this year.

“From January through mid-August, there have been more store closure announcements in 2020 than the record 9,500 stores that closed throughout 2019,” BDO said in the report. “The majority of store closures have taken place in malls, which have seen far less foot traffic due to sustained COVID-19 disruption.”

According to the report, 18 major retailers filed for Chapter 11 bankruptcy in the first six months this year.

Two of those bankruptcy filings were made by Towne Centre stores—J.C. Penney and GNC.

Several other chains with stores at the mall have announced widespread closures this year: GameStop will close 320 stores; Children’s Place 300, Macy’s 125, Chico’s 60 and Signet, which owns four jewelry stores in the mall, will close 300.

Bell said the mall is working on bringing in two restaurants. One of those restaurants used to have a location at the mall. He said he couldn’t name the businesses because talks are ongoing.

But Bell also asserted that the Towne Centre will continue to evolve. There will be more emphasis on it being less mall and more town center, with a mix of residential and a variety of businesses.

Bell said it will be a place where people can do more than “buy a pair of jeans, pair of shoes.” The Towne Centre could eventually have a grocery store, along with spaces for health care, tax services and law offices.

The potential apartment complex would mark a major change for the mall.

The project would include 276 apartments and 500 square feet of commercial space on the old Sears footprint and its adjacent parking lot.

According to the developer, Richmond-based Bonaventure, monthly rent is expected to range from $1,200 for a one-bedroom apartment to more than $1,900 for three bedrooms. Most of the apartments would have one or two bedrooms.

The project requires rezoning and public hearings, and the Spotsylvania Planning Commission is slated to hear details of the project at its Nov. 18 meeting.

The project will eventually need approval by the Board of Supervisors.

At a June 2019 meeting with residents who live near the mall, local attorney Charlie Payne, representing the developer and mall owner, said the project would be a “creative” approach and help keep the mall a viable business.

The apartment complex, he said, would be a prime spot for millennials, “folks who like to live, work and play” in the same area.

Most of the residents opposed the idea, with traffic impact being the top concern.

A traffic impact study was conducted by the developer, the county and the Virginia Department of Transportation. The study focused on State Route 3 and intersections around the mall.

Bell said the study is being finalized, but provided a draft of the executive summary, which indicates the apartments have less impact on traffic than Sears did.

According to the executive summary, “the redeveloped site will result in a net reduction of trips” at the intersections.

The executive summary also notes the proposed mixed-use project is expected to be completed in early 2022.

Sears over the years: A look back at our local store

Sears has been a retail staple in the Fredericksburg region since it opened on William Street downtown in 1955. The store, which relocated to …

When the Spotsylvania Mall opened in 1980, Sears was an anchor tenant. Building demolition continued on Tuesday.

Sears, once the largest retailer in the world, declared bankruptcy and closed hundreds of stores.