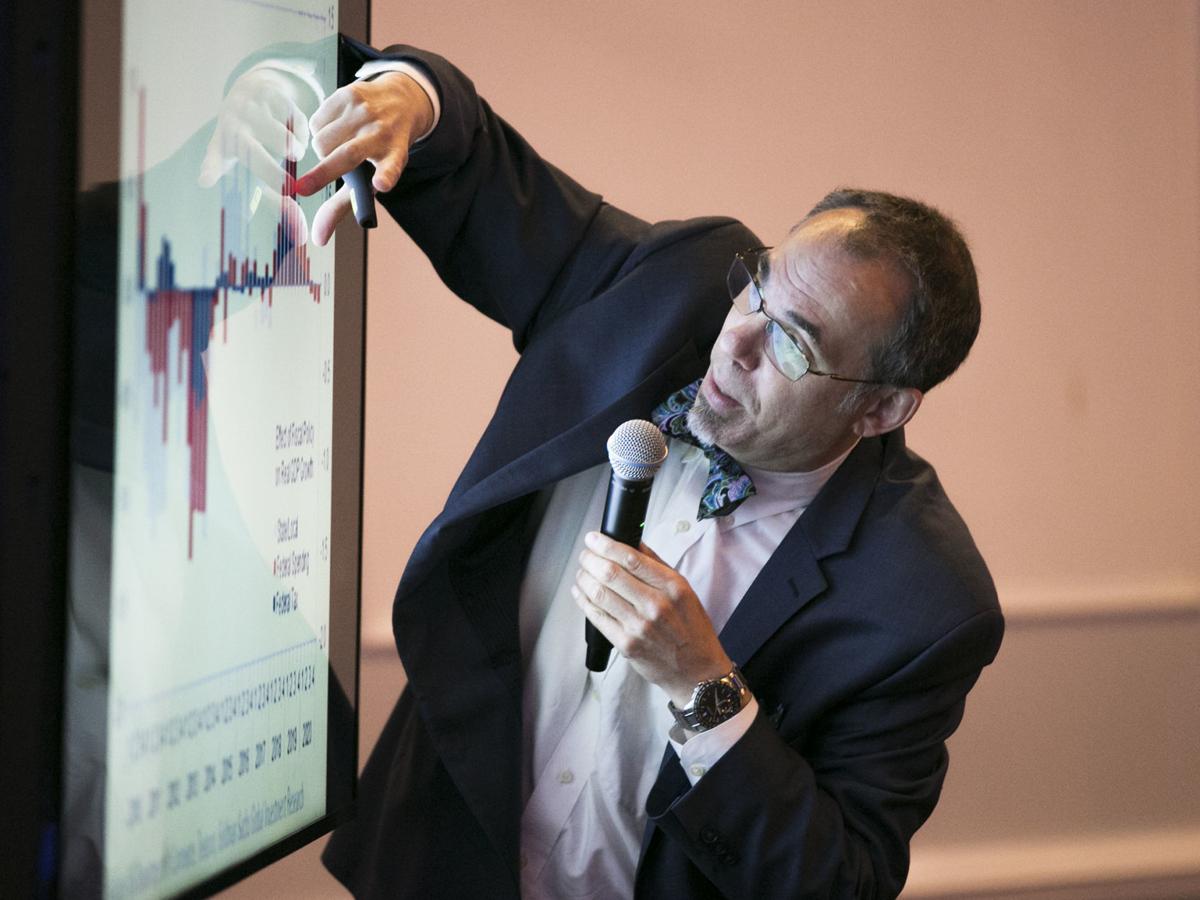 Economist Elliot Eisenberg speaks about the 2019 economic outlook during an event for local builders and Realtors. 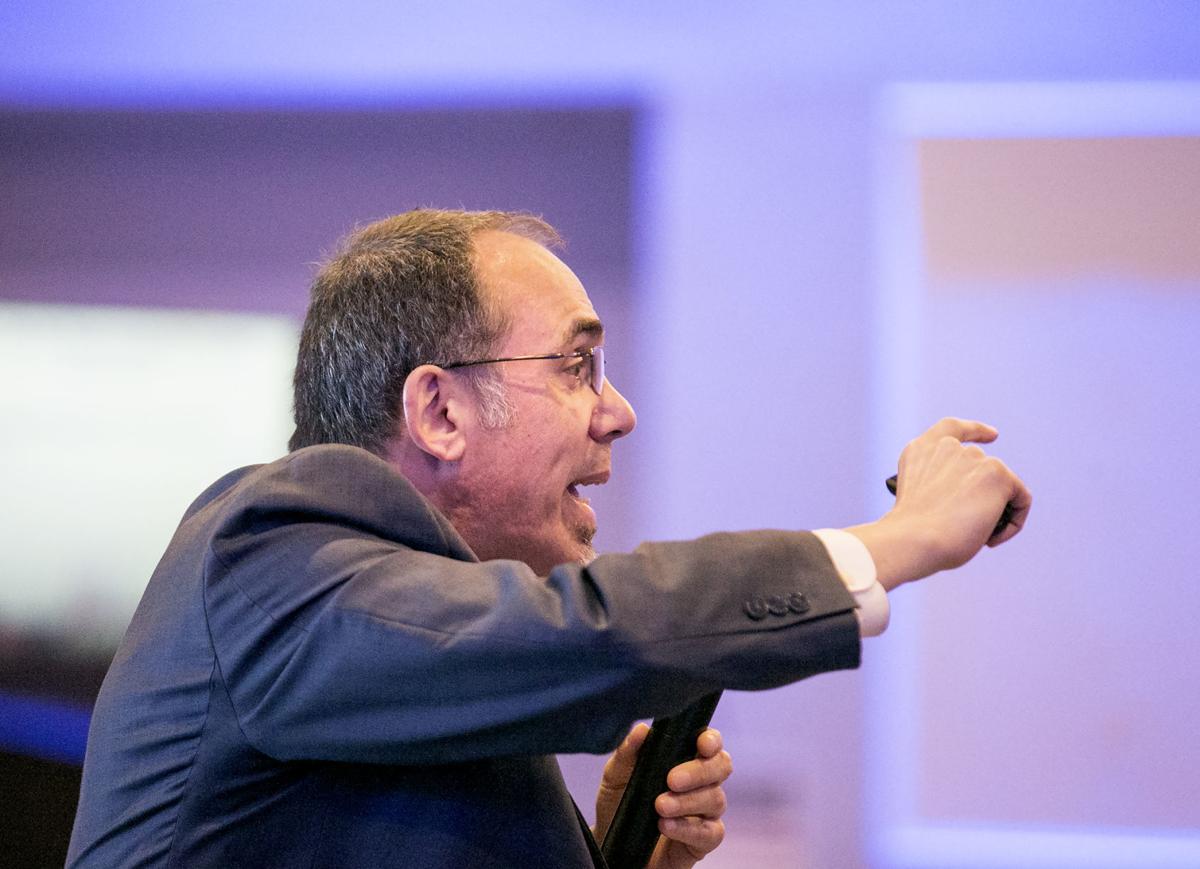 Eisenberg uses comedy in his talks to bring fun and relatability to the subject of the economy. 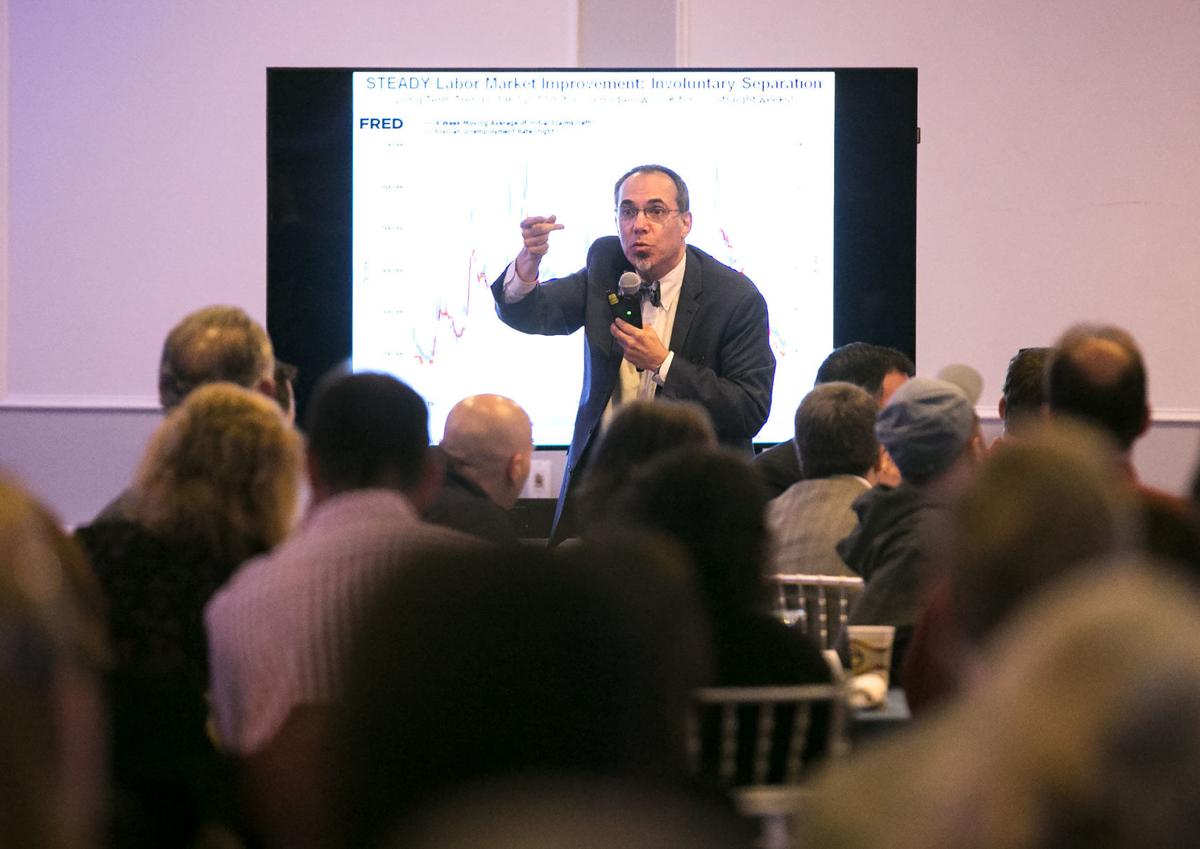 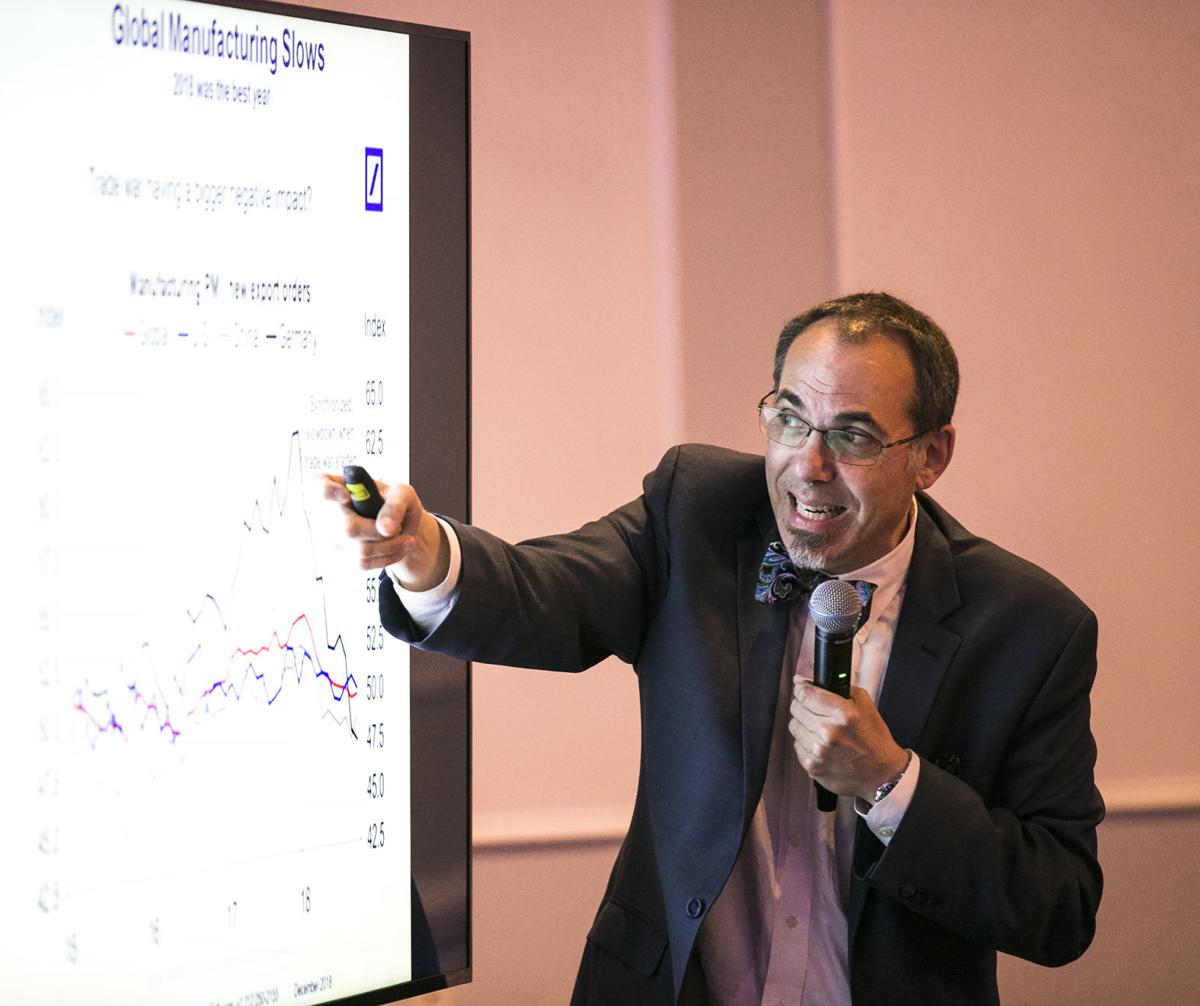 Why is it so hard to find a starter home in today’s real estate market?

“Every sector in the U.S. has cleaned itself up from the recession with one exception: housing. It’s still a complete wreck,” he told the audience, who nodded and laughed in agreement. “We’ve under-built because of a weak economy.”

That’s especially true for single-family homes, particularly those going for $200,000 or less, said Eisenberg, who is an economist and public speaker. “If you don’t build single family, you can’t sell single family,” he said. “Why can’t builders build them? They can’t make any money.”

One reason is labor costs. Unemployment is so low that there is a shortage of workers. To attract them, builders have to pay more, Eisenberg said. In addition, the new tariffs on imported steel and aluminum are driving up the costs of ovens, refrigerators, dishwashers and other appliances.

Regulations are also affecting builders’ bottom line, he said, pointing to a chart. It showed that the average cost of regulation in the price of a new home went from $65,224 in a 2011 to $84,671 in 2016, according to the National Association of Home Builders/Wells Fargo Housing Market Index.

“It’s a triple, quadruple whammy,” said Eisenberg, who offered a two-pronged solution. One was to urge their officials to change the regulations. The other, which had the audience in stitches, was to have sex.

Eisenberg went on to say that while new home sales are basically flat nationally, they did improve 2.7 percent through November and are expected to improve slightly in 2019.

“Inventory is going up. Cool your jets, calm down,” he told the audience. “You can’t see it, it’s so slight.”

Eisenberg attributed the slow growth in part to the prices of new homes being significantly higher than they were at their peak before the recession. The median price has risen from $262,600 in March of 2007 to $303,500 last November, according to the U.S. Bureau of the Census.

As for existing homes, their sales have plateaued, and the demand for renovations, repairs and alterations is declining. He said that’s due to human nature. People spend the most on updates when they purchase a house so it reflects their taste and needs. They aren’t inclined to pour as much into the house they already own.

Eisenberg used a variety of indicators to show that the U.S. economy, which experienced 2.9 percent growth last year will slow to 2.4 or 2.5 percent this year and then 2.1 percent next year.

“Last year was the best year. I hope you enjoyed it. This year won’t be as good, but enjoy it. Going from the first floor to the second floor doesn’t mean it’s bad,” he said. “We’re not entering recession, we’re reverting to a long-term trend.”

Good news is on the horizon, though. Home ownership will start to rise in a few years as millennials, which Eisenberg described as “the big, bulging group,” begin buying houses “with a vengeance.”

If you’re focusing on the Greatest Generation, you have a problem,” he said. “Millennials, you’ve got to speak their language. If you don’t, get someone younger in your office to translate Instagram, Facebook, Twitter.”

Paul Porthouse, a Long and Foster real estate agent who attended the summit, said Eisenberg was “spot on” about the housing market. He said that there is a shortage of houses for sale in the greater Fredericksburg area, and that he got a contract in just one day for a house he put on the market for $230,000.

“There is such a demand for entry-level housing in this area,” he said. “Once a house is over $400,000, sales slow down considerably.”

4 Drawbacks of Using Only a 401(k) for Retirement

Your workplace plan makes saving easy, but you may regret putting all of your eggs in the 401(k) basket.

Economist Elliot Eisenberg speaks about the 2019 economic outlook during an event for local builders and Realtors.

Eisenberg uses comedy in his talks to bring fun and relatability to the subject of the economy.