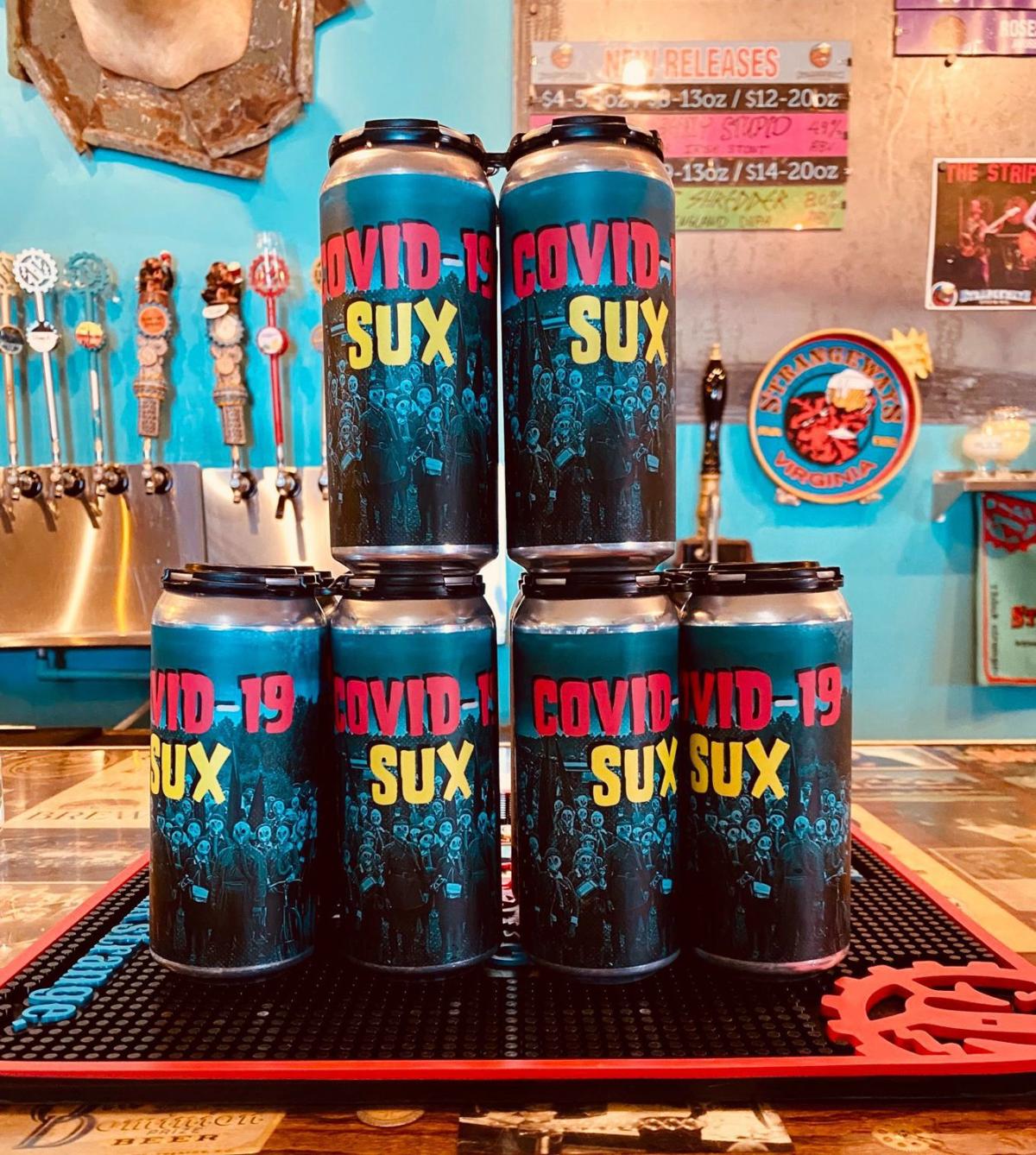 Strangeways Brewing has a special edition can with a timely message. 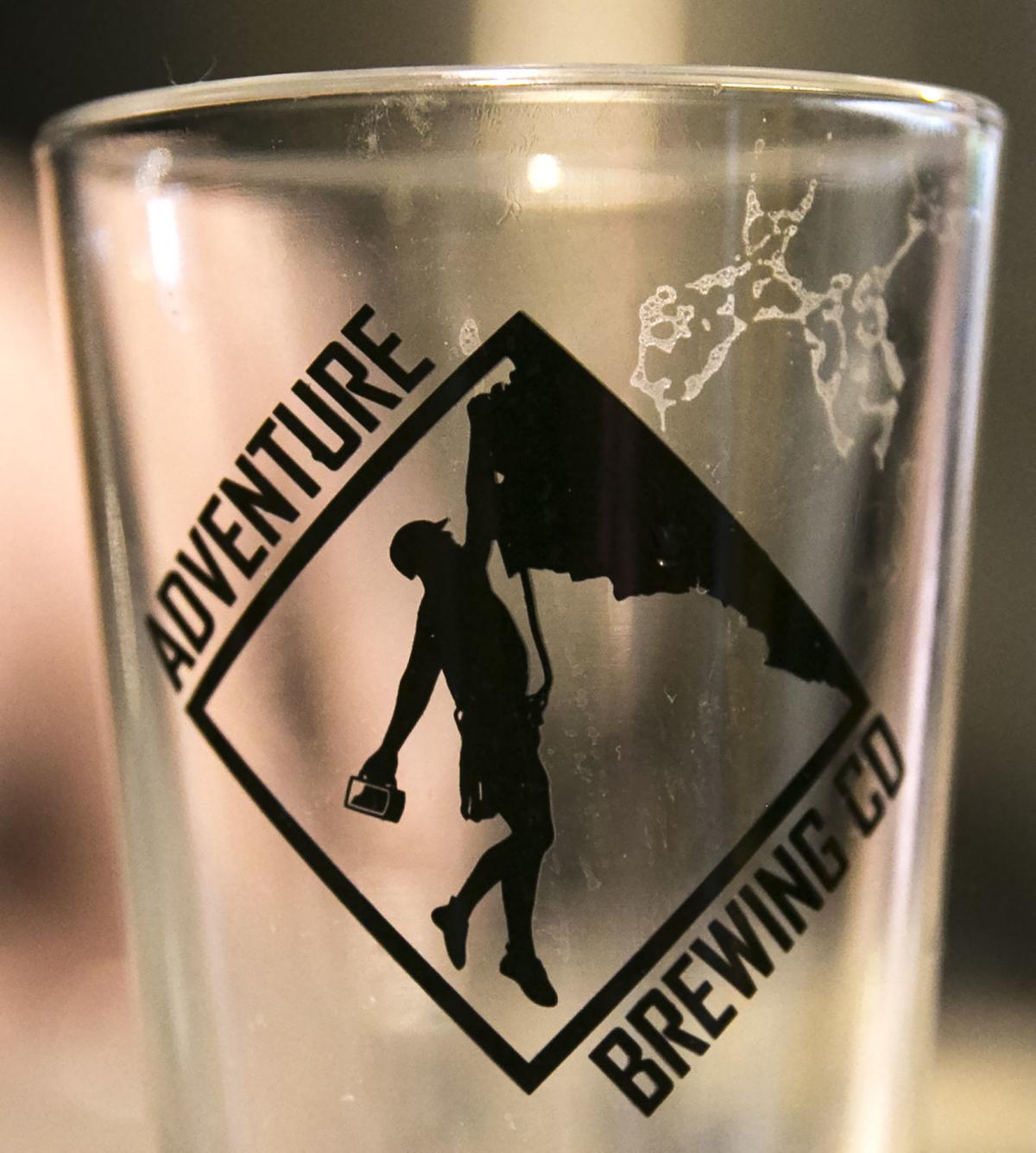 The logo of Adventure Brewing Co. depicts a mountain climber hanging off a map of the state of Virginia. 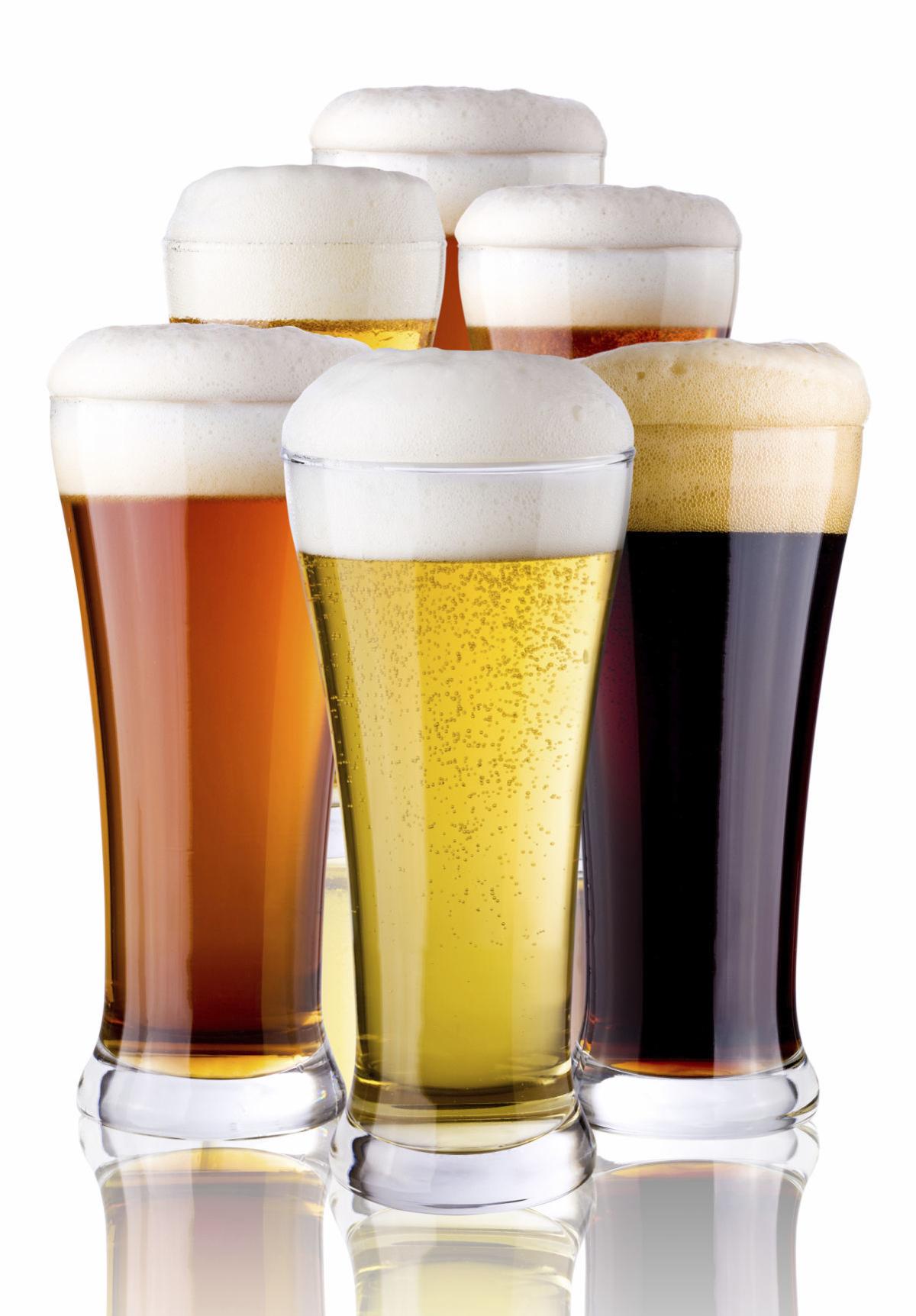 At Spencer Devon Brewing in downtown Fredericksburg, owner Shawn Phillips is hard at work with new beer releases, canning beer in-house and coming up with new promotions, all while organizing beer and food deliveries.

He’s not alone. Breweries around the Fredericksburg area are scrambling to make sales and get their products to consumers during the coronavirus pandemic. For Phillips and his fellow brewers, a virtual beer tour is an ideal way for locals to engage with breweries and have some fun while stuck indoors.

By purchasing from local breweries, people can win prizes while taking a beer tour from their own homes. Her department launched the Brew Thru game on April 17. First, participants screenshot the game card from FABTrail.com. Then, after ordering curbside pick-up or delivery from participating breweries, they can take a picture enjoying the order or snap a pic of the receipt and mark off the brewery on the game card.

One of Spencer Devon’s options for purchase is a “dealers choice 4-pack.” For $10, they will pick four different beers and pack them for pick up or delivery.

But even with these promotions, sales have dropped drastically. Some of Phillips’ staff volunteered time while they waited for stimulus money to keep the operation moving smoothly.

Brewery owners are trying to stay afloat by posting frequently on social media and offering merchandise.

Strangeways Brewing owner and founder Neil Burton, has a “steal the glass” promotion. His staff developed a COVID-19 SUX label for cans, which they have also had printed on limited-edition pint glasses. Any order of $40 gets a glass, while an order of $75 gets two.

All beer at Strangeways is being sold at happy hour prices and the brewery is offering curbside pickup and delivery within 10 miles of their Lansdowne Road site.

“This time is harder for our customers, too,” Burton said. “We’re trying to give people deals during this time.”

He said they are trying to “not drown” instead of bringing in profits. He said this is especially important to keep his full-time employees working.

“Every brewery in the nation is scaling back,” Burton said. “Everything has to be in packaging, so draft beer is not a thing right now.”

Tim Bornholtz of Adventure Brewing said he and his staff are focusing on beer.

“It’s what we know best, so that’s what we’re sticking with,” he said.

Their Fred Red and Expedition IPA beers are available in cans at both the Stafford and Fredericksburg locations.

“It has definitely had adverse effects,” he said about the pandemic. “But we’re trying to make lemonade out of the lemons. Adding delivery has opened a new avenue for us that will continue.”

The best way to support them is to buy their beer or a gift card, Bornholtz said.

“Remember that there are nine great breweries in the area and everyone is still making great beer,” he said. “We’re brewing more to keep up with demand and are continually releasing new beers as well as the classic favorites.”

“We want to keep the beer flowing,” she said.

Barley Naked in Spotsylvania County is doing a Cinco de Mayo release to keep spirits up. Their honey churro amber ale will come out May 5. It’s a bready beer, owner Barry Boyd said, and it has notes of honey, cinnamon and vanilla.

The brewery is open every day but Monday for pickups, and he’s hoping to bring a little light and happiness to local lives during the pandemic. Along with growlers, he’s offering “adult juice boxes.” The 64-ounce collapsible containers look like Capri Suns, and are an inexpensive option for taking out beer.

“It’s something silly,” he said. “I hope it helps people relax a little.”

Harry Pagan of 1781 Brewing Co. in Spotsylvania said that not only does the local brewery scene support the economy, but breweries are diverse social hubs that add to the vibrancy of the area.

He said local breweries, restaurants and hospitality businesses are in dire straits.

“At times, I feel selfish because what we are doing is a luxury … and there are so many more important things to think about in the state of pandemic,” Pagan said. “I personally know the many faces of our local beer industry and the actual blood, sweat and tears that we have put into our companies, and it is heartbreaking. We are staying positive and we can’t wait to reopen our bars, hug our friends, and hand you a pint.”

Red Dragon Brewing in downtown Fredericksburg is no stranger to the economic woes faced by local businesses in the wake of the COVID-19 pandemic. But their struggle has taken a personal turn, as co-owner Bill Evans was recently diagnosed with advanced melanoma.

While they’re reducing contact between patrons and staff at the brewery, the one thing co-owner Tom Evans would like to do is hug his brother Bill. But he can’t, and neither can their parents, without fear of putting him at more risk.

“He’s always been the champion of the brewery,” Tom Evans said. “We wouldn’t be here without Bill. If you’ve been here on the weekends, chances are he greeted you. He’ll befriend you in an instant, and he takes the time to make everyone feel special.”

When Tom started as a home brewer, he said Bill was by his side, “always excited and energetic. He brings that same energy to his hobby—cycling—and his calling as a fourth-grade teacher.

To help Bill with the cost of immunotherapy and his hospital stays for cancer treatment, Tom set up a GoFundMe page. And he said after the announcement of Bill’s diagnosis, the community has rallied behind them.

Visit fabtrail.com for contest information and entry rules. Entries must be received by 11:59 p.m. on Sunday, May 31.

CLEMMONS, N.C. (AP) — The nation's largest fuel pipeline restarted operations Wednesday, days after it was forced to shut down by a gang of hackers.

How to fill in your financial blind spots

Also, check out more of the week's best financial tips from experts at NerdWallet, Forbes and the Motley Fool.

The Best Cannabis Stocks Of 2021

With the growing acceptance of cannabis among American consumers and their elected representatives, this edgy asset class offers your portfolio an excellent source of growth. According to data from Leafy, an online marijuana marketplace, legal U.S. cannabis sales—medicinal and recreational—increased 71% in 2020, to a total of $18.3 billion. To help you choose the best […]

Is the S&P 500 All You Need to Retire a Millionaire?

This one investment could help you earn more than you may think.

Strangeways Brewing has a special edition can with a timely message.

The logo of Adventure Brewing Co. depicts a mountain climber hanging off a map of the state of Virginia.