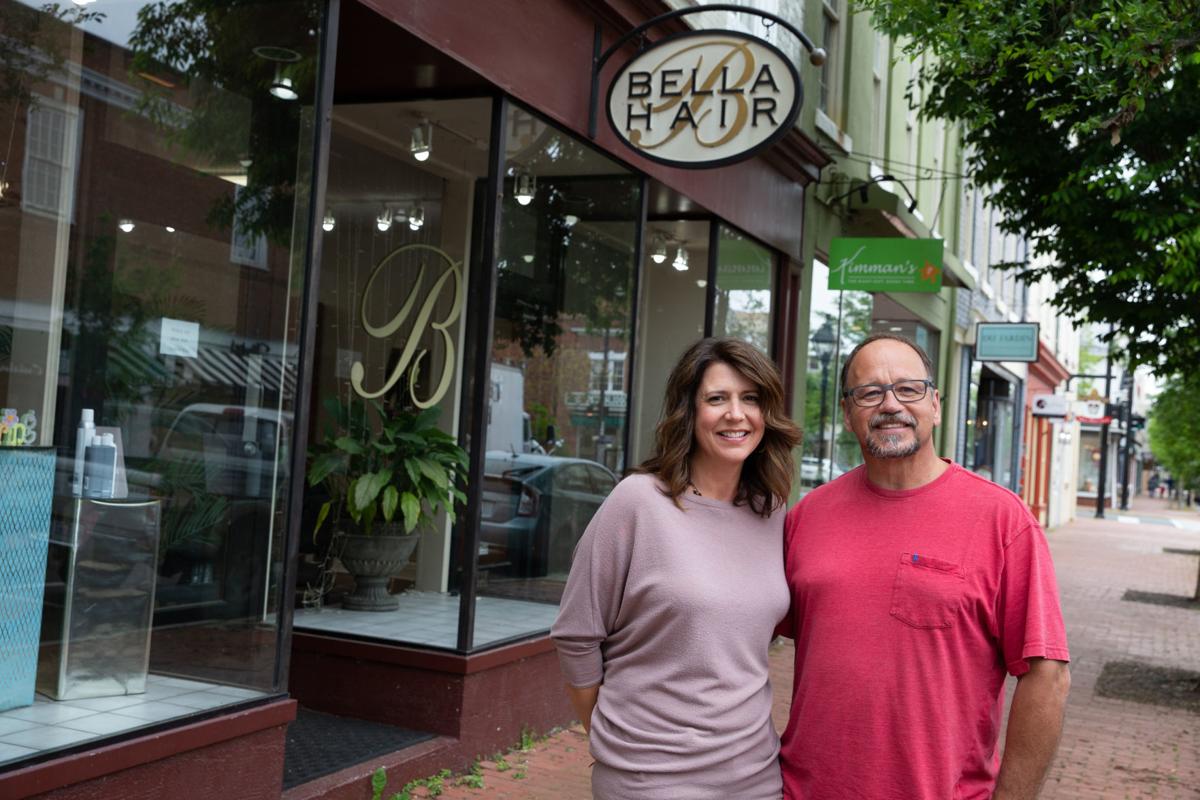 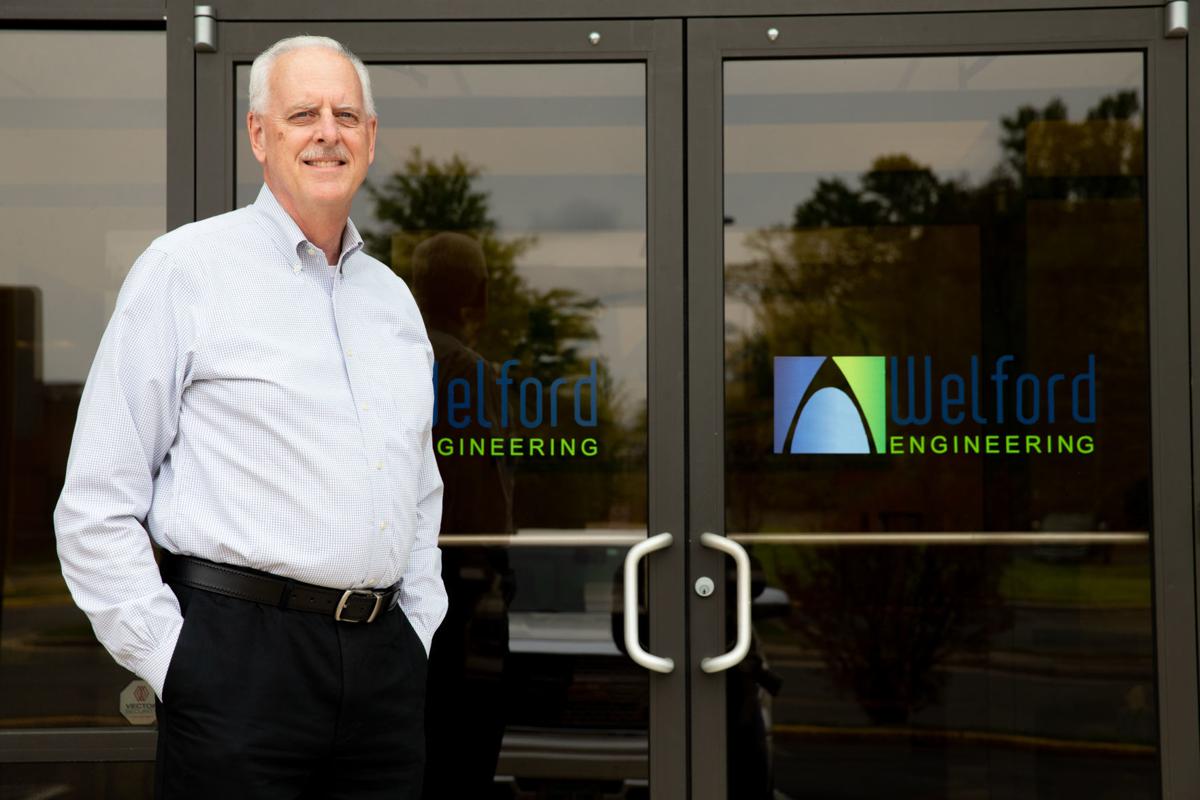 Larry Welford says a loan will help his engineering firm keep its employees.

The owner of a Spotsylvania County engineering firm realized that it was essential to keep his staff on the payroll if he was to ride out the economic storm caused by COVID-19.

“We’re a fairly specialized practice,” said Larry Welford, who started the consulting engineer and land surveying firm 20 years ago. “If you have to let those people go, they’ll find work somewhere else. To come back is an enormous task.”

Like thousands of other small businesses, he reached for the federal government’s new Paycheck Protection Program as a lifeline after clients stopped work on projects. He contacted Virginia Partners Bank and put together his application two days before the first-come, first-served program rolled out April 3.

PPP got off to a rocky start and the rules had to be refined, but Welford’s loan was among the 1.6 million approved before the $349 billion in the program ran out Thursday. Congress is expected to add to the program this week .

“It will help us stay in business,” Welford said of his loan, which was deposited into his account last week. “You just can’t build a business like mine overnight. It’s really important to me to come out the other side. Your employees are family. They have children, college, mortgages, all those things that, as an employer, you take on.”

The Paycheck Protection Program, or PPP, is part of the $2 trillion federal stimulus package, and the loans are backed by the U.S. Small Business Administration. Part of the program’s appeal is that a loan will be forgiven if a business uses at least 75 percent of it to pay employees based on the payroll before coronavirus shutdowns began. If it doesn’t, it’ll have to repay the loans at 1 percent interest within two years.

The week after PPP was launched, the number of SBA-approved lenders nationally jumped from 1,700 to 4,400, said Bruce Whitehurst, president and CEO of the Virginia Bankers Association. The magnitude caused some problems initially, he said

“There were definitely some connectivity issues. There were access issues. Some involved getting all these new banks authorized and signed on, getting everybody connected and building capacity in the system to handle this kind of volume and at the same time developing guidance, which Treasury and the SBA did,” he said.

“It really has been a build-as-you-go, learning kind of situation because there’s been so much desire to get funds into the hands of small businesses that really need them and to keep people’s paychecks coming.”

SBA-approved banks have been swamped by customers who wanted to submit applications ever since PPP launched. During the first weekend of the program alone, Fredericksburg-based Virginia Partners Bank made about 140 loans worth about $20 million.

“We normally do $10 million in loans a month,” said President and CEO Lloyd Harrison. “Since then, we have continued to handle applications, which total between 500 and 600, for many tens of millions of dollars.”

“A lot of them are for what I would call Main Street businesses, from hair salons to restaurants, big companies in construction-related industries, government contractors. It’s pretty much a broad cross section of the business community,” he said. “And they’ve been everywhere from under $10,000 to several million dollars and everything in between.”

John Asbury, president of Atlantic Union Bankshares, said the demand is unlike anything he’s ever seen, and likened the rush to get applications in before PPP funds were exhausted to a foot race.

By last Thursday, Atlantic Union Bank, which started in Caroline County and is now Virginia’s largest financial institution, had received more than 9,000 loan requests seeking approximately $1.8 billion in PPP funds. Of those loan requests, the SBA had approved nearly 6,500 loans with total value of approximately $1.4 billion.

“The reason why demand is so overwhelming is that if you are a small business, if you employ less than 500 people, you’re likely eligible for this program,” Asbury said. “You attest to the U.S. government on the application form that you have been impacted by the COVID-19. That’s not a very high bar, and so you make a statement that funding is necessary to support the ongoing business. Non-profits, including churches, are eligible.”

He said that he’s seen everything from churches and the smallest of nonprofits all the way to companies that employ several hundred people apply for the program.

Both banks had to gear up quickly to meet demand, and concentrated on established customers because they already had much of the required documentation and could process loans faster.

Virginia Partners created a PPP task force that focused on providing clients with the resources and expertise needed to handle the loans.

“They have been at it seven days a week since then, and are doing a fantastic job,” Harrison said.

At Atlantic Union, 400 employees have been working full time, including nights and weekends, on nothing but PPP loan applications.

“We have thrown as many resources as possible at it,” Asbury said. “Part of what keeps us going is that we know our customers. We see the impact.”

Jeff Sullivan, co-owner of Bella Hair in downtown Fredericksburg, said that he applied for a PPP loan at Virginia Partners the first day it was available because the impact of COVID-19 on the salon has been a “nightmare.”

Bella Hair’s stylists haven’t been able to work since Gov. Ralph Northam ordered personal care businesses to close until April 23, and the business isn’t generating any income other than gift certificates.

“They’re all anxious. They want to come back and start working,” Sullivan said.

Northam has extended that date businesses such as Bella Hair can open to May 8. Sullivan said that he intends to use the loan to put his staff back on the payroll.

“Some have been on unemployment,” he said. “We’ll be able to keep them employed so when we’re able to open up, we’ll be ready to go.”

What you should ask if retirement is just around the corner

What you should ask if retirement is just around the corner

The most important things about building credit

The most important things about building credit

Weather for travelers over the upcoming Thanksgiving holiday weekend looks benign but punctuated by temperature swings.

How to get your finances in order for the Great Resignation

Here’s a checklist for shoring up your finances before quitting your job. Also, check out more of the week's best financial reads from experts.

What would happen if you invested $100 a month in the stock market?

You might be surprised to learn you could turn $100 per month into six figures over time.

Black Friday is rapidly morphing into “Hallothanksmas.” Still, some people like to shop on the day itself. Here are the details on store hours during Black Friday 2021.

Black Friday preview: How to get the best deals at major retailers

Here's a closer look at how major retailers like Best Buy, Walmart and others are handling Black Friday this year.

The Fredericksburg Public Relations Society will hold a networking and informational session on Dec. 9 from 12:30–2 p.m. in the theater of the…

Families with disabled children or elderly relatives face a crisis as they search for caregivers.

IPhone Black Friday 2021 Deals: Are They Worth It?

Promotions have already arrived — and so have shipping roadblocks. We’ve seen devices including the iPhone 13 Pro and iPhone 12 on back order until December on some websites. Keep that in mind as you browse the deals below.

Larry Welford says a loan will help his engineering firm keep its employees.