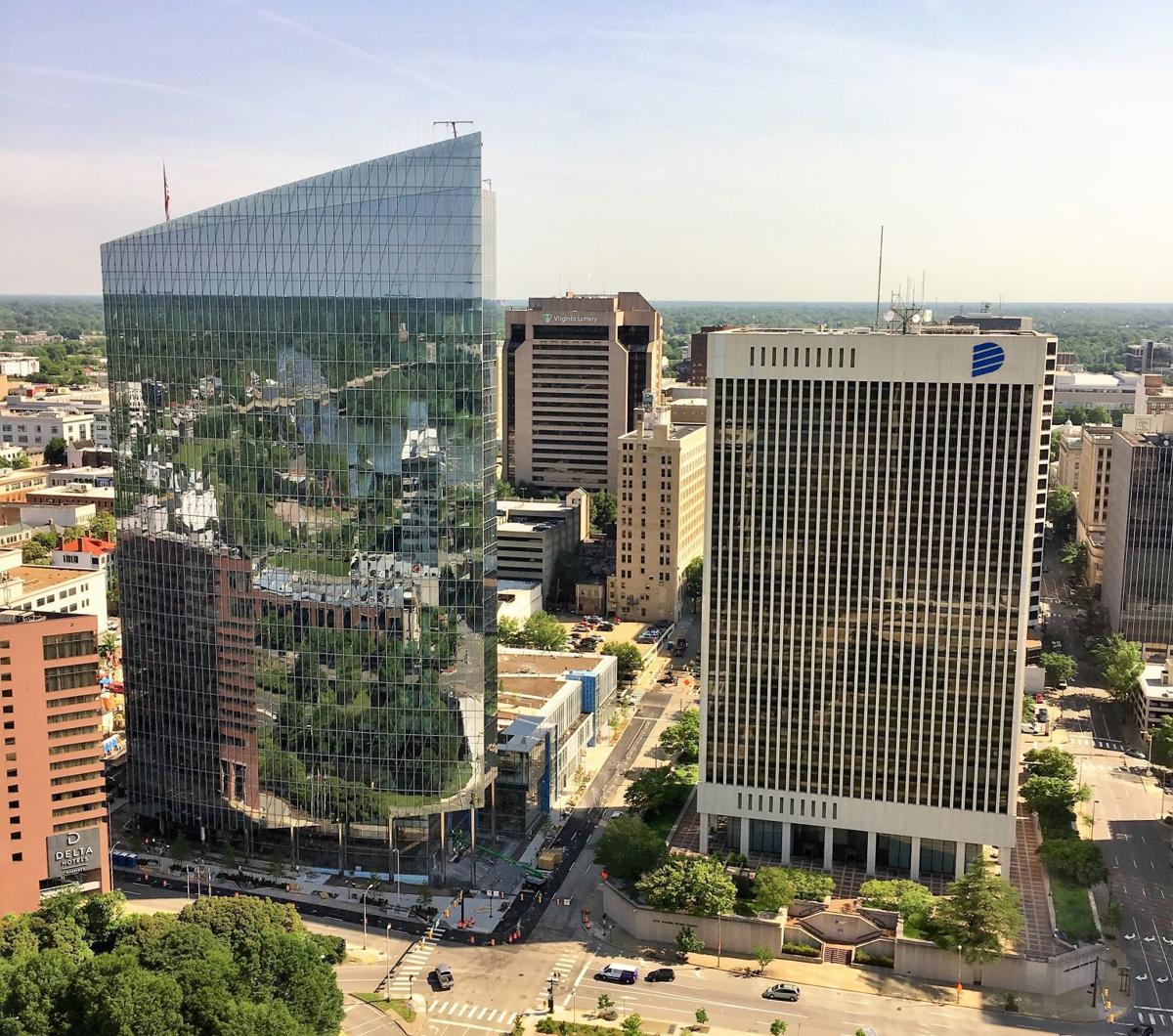 Dominion Energy’s new 20-story office tower, 600 Canal Place (left), stands on East Canal Street in downtown Richmond, next to the company’s One James River Plaza, which is set to be demolished on May 30.

Dominion Energy’s new 20-story office tower, 600 Canal Place (left), stands on East Canal Street in downtown Richmond, next to the company’s One James River Plaza, which is set to be demolished on May 30.

State utility regulators on Thursday rejected a request from Dominion Energy that would have increased the utility’s profit margin through small increases in Virginia ratepayer bills.

The State Corporation Commission ruled that it would hold the rate of return at the current level of 9.2% — rejecting Dominion’s request for a return of 10.75%, a rate the SCC said is not “consistent with the public interest.”

The state’s largest utility had sought to boost its rate of return, arguing that the increase would be necessary to attract investment and support the billions in capital projects it plans through 2021. One of those projects includes a massive offshore wind farm near Virginia Beach.

The SCC rebutted that argument, writing that it “represents neither the actual cost of equity in the marketplace nor a reasonable [return on investment].”

Dominion did not push back on the ruling.

“The SCC order in effect confirms our existing return on equity. We look forward to continuing our work to make our home state a national leader in clean, affordable, reliable energy,” spokeswoman Audrey Cannon said in a statement.

Dominion’s request was widely opposed by SCC staff, the Attorney General’s Office, consumer advocates and a group of Democratic lawmakers. They pointed to the $277.3 million in excess profits Dominion collected from state ratepayers last year — a sum that it plans to reinvest and instead of issuing refunds.

Combined overearnings from 2017 and 2018 that would qualify for customer refunds amount to $379.7 million — money consumer advocacy groups argue should end up back in ratepayers’ pockets.

This is a developing story.