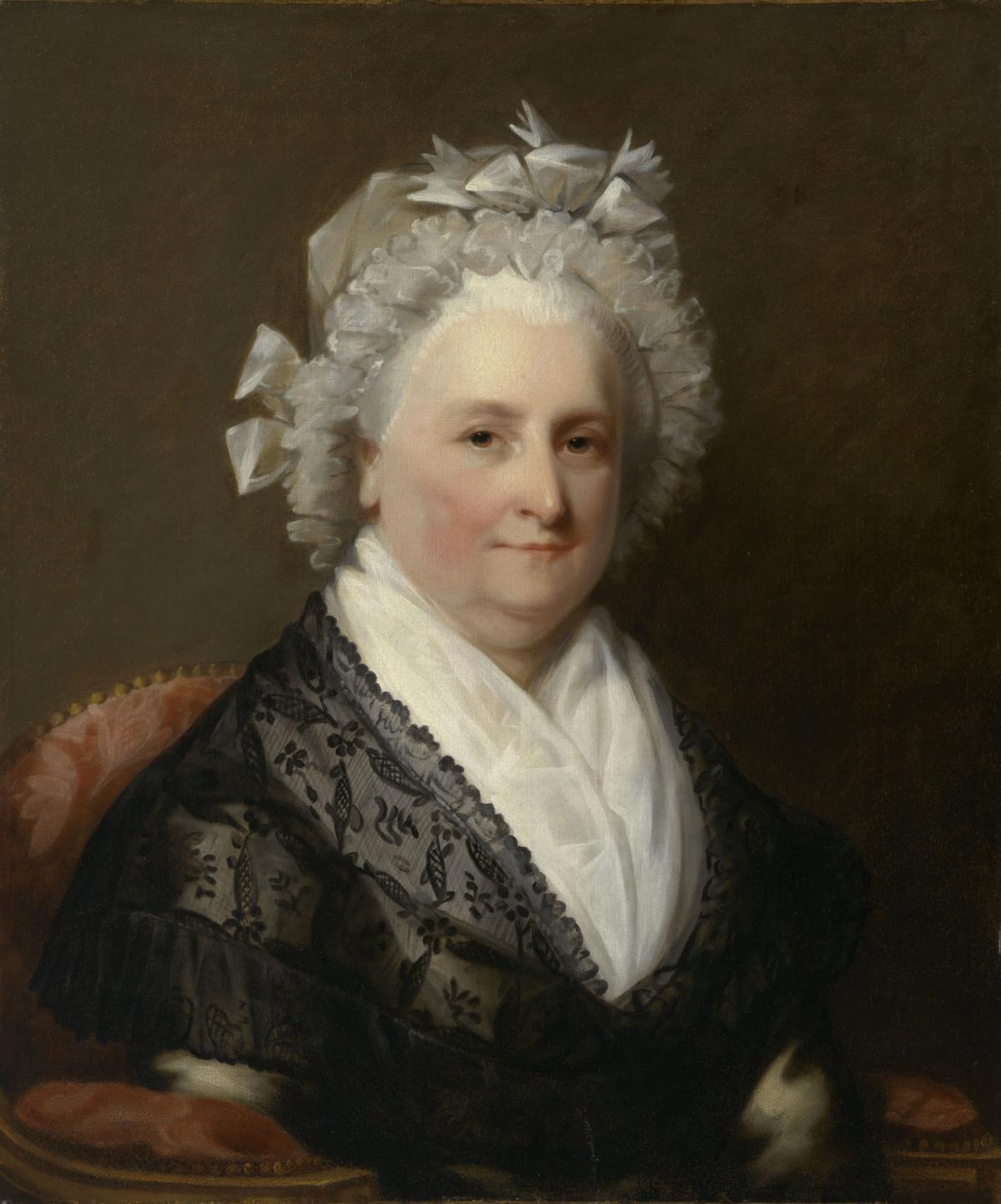 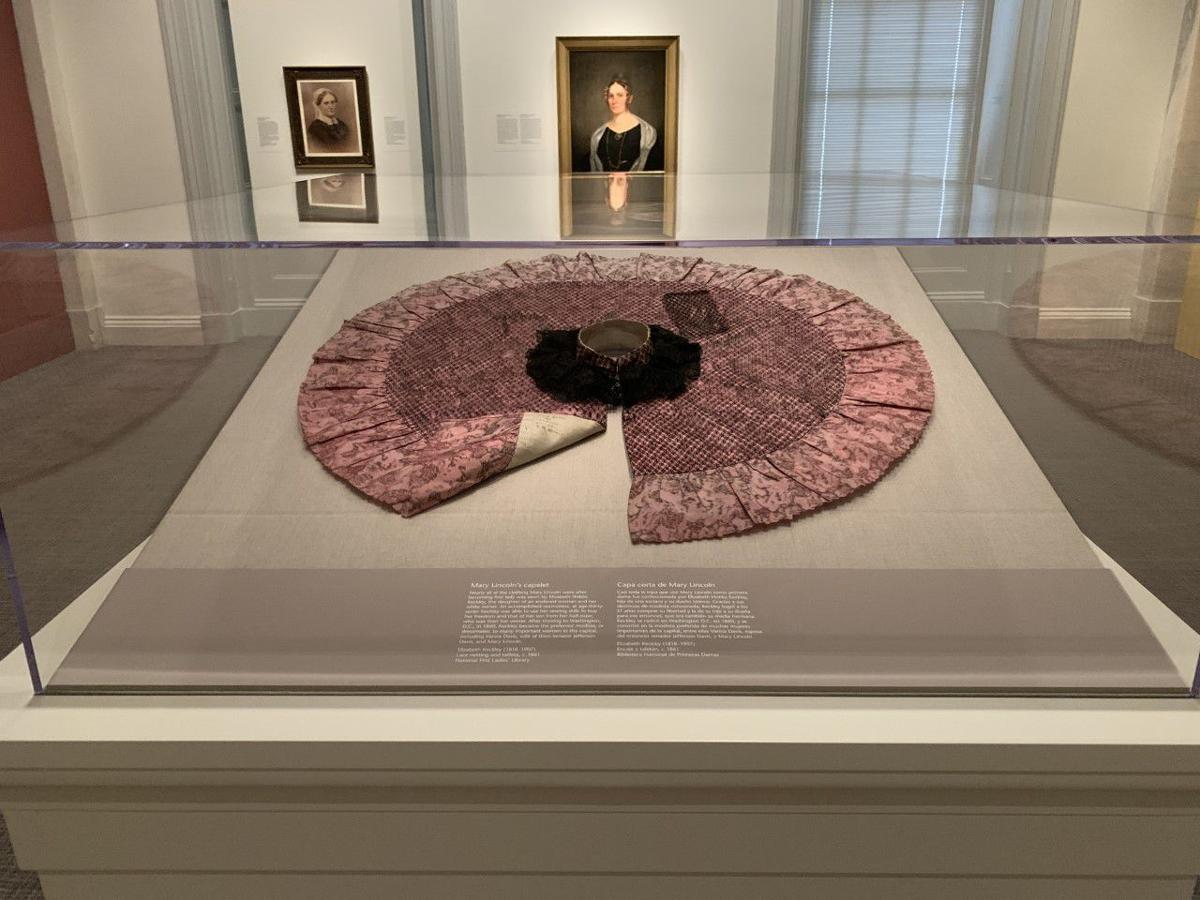 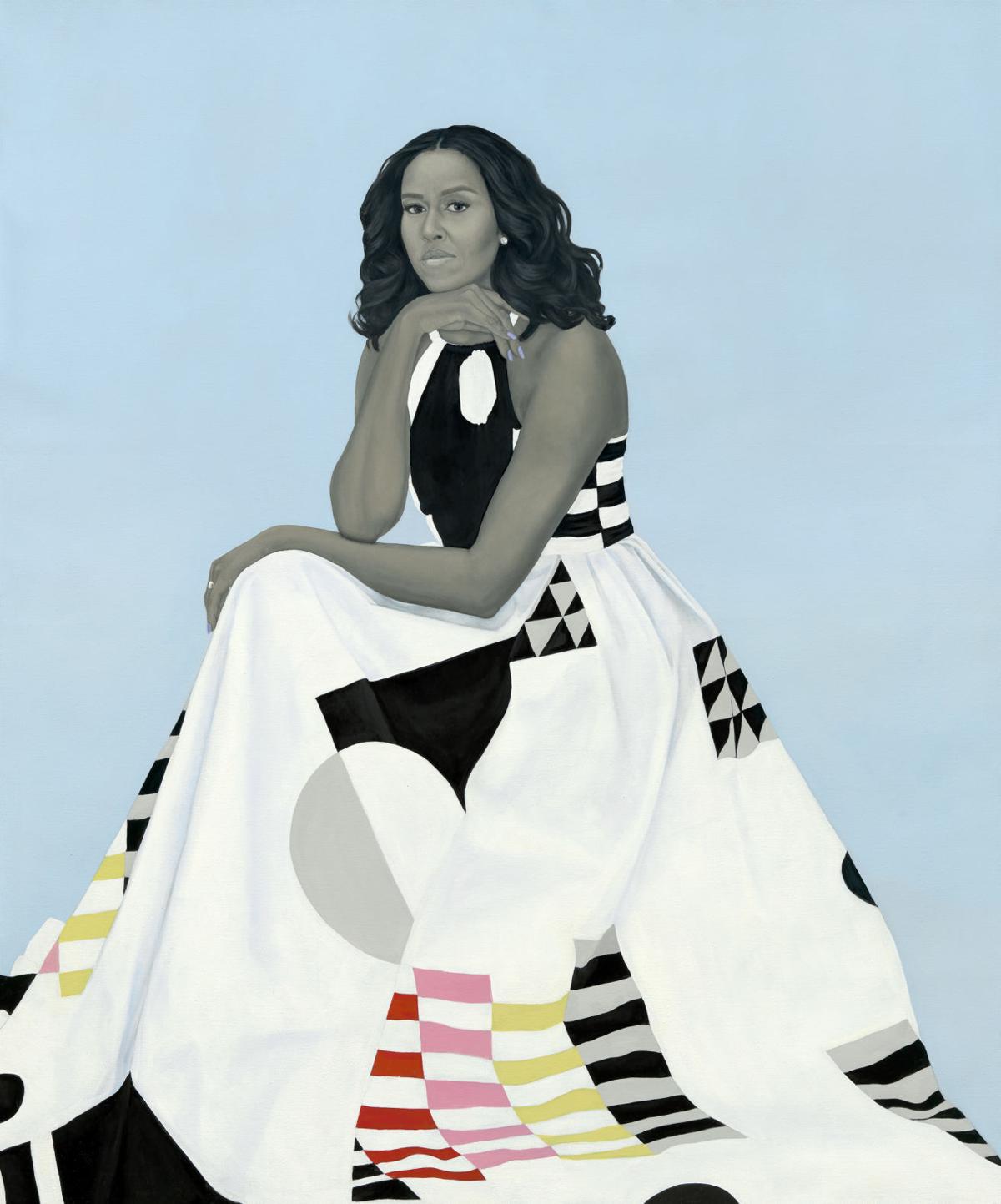 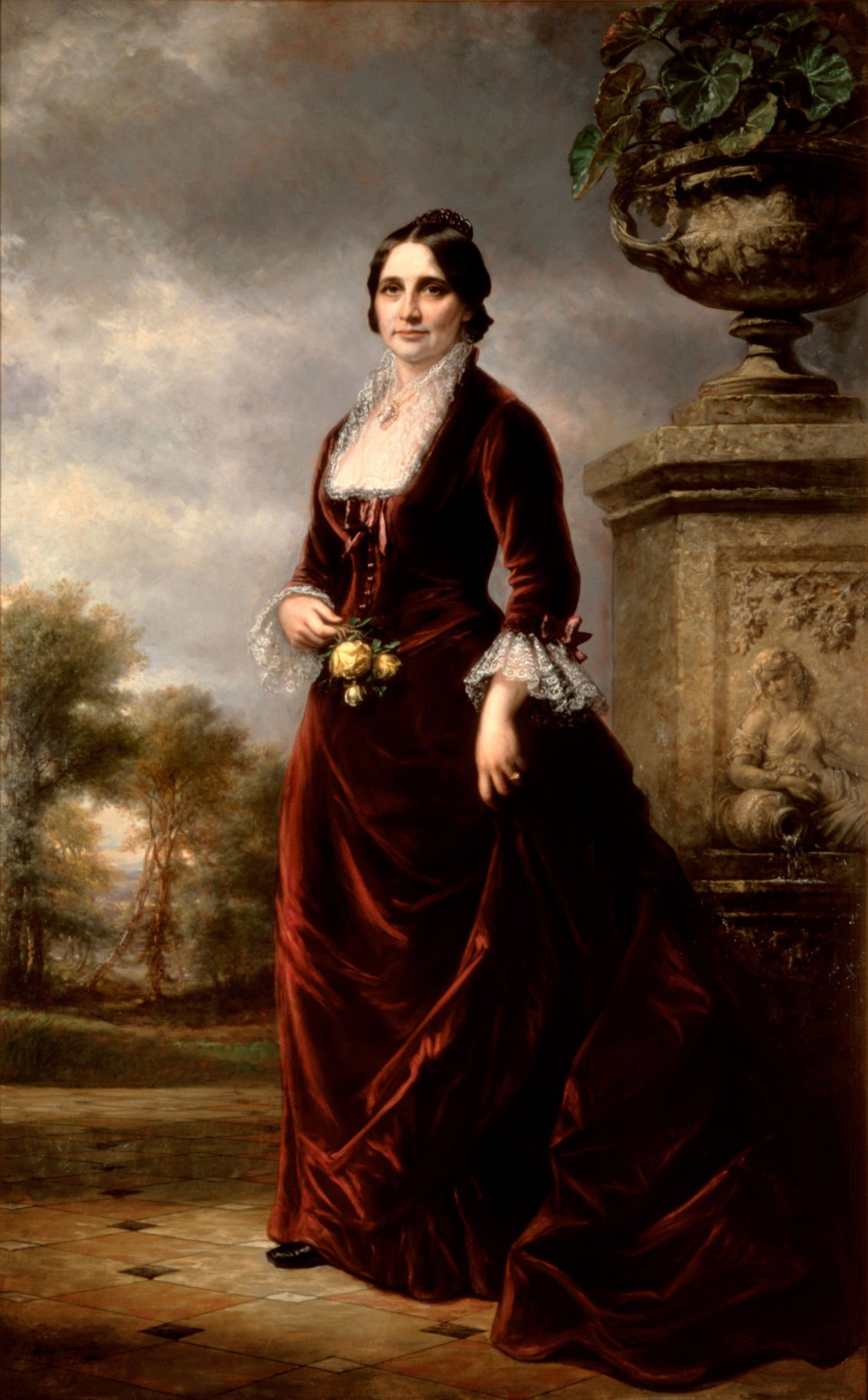 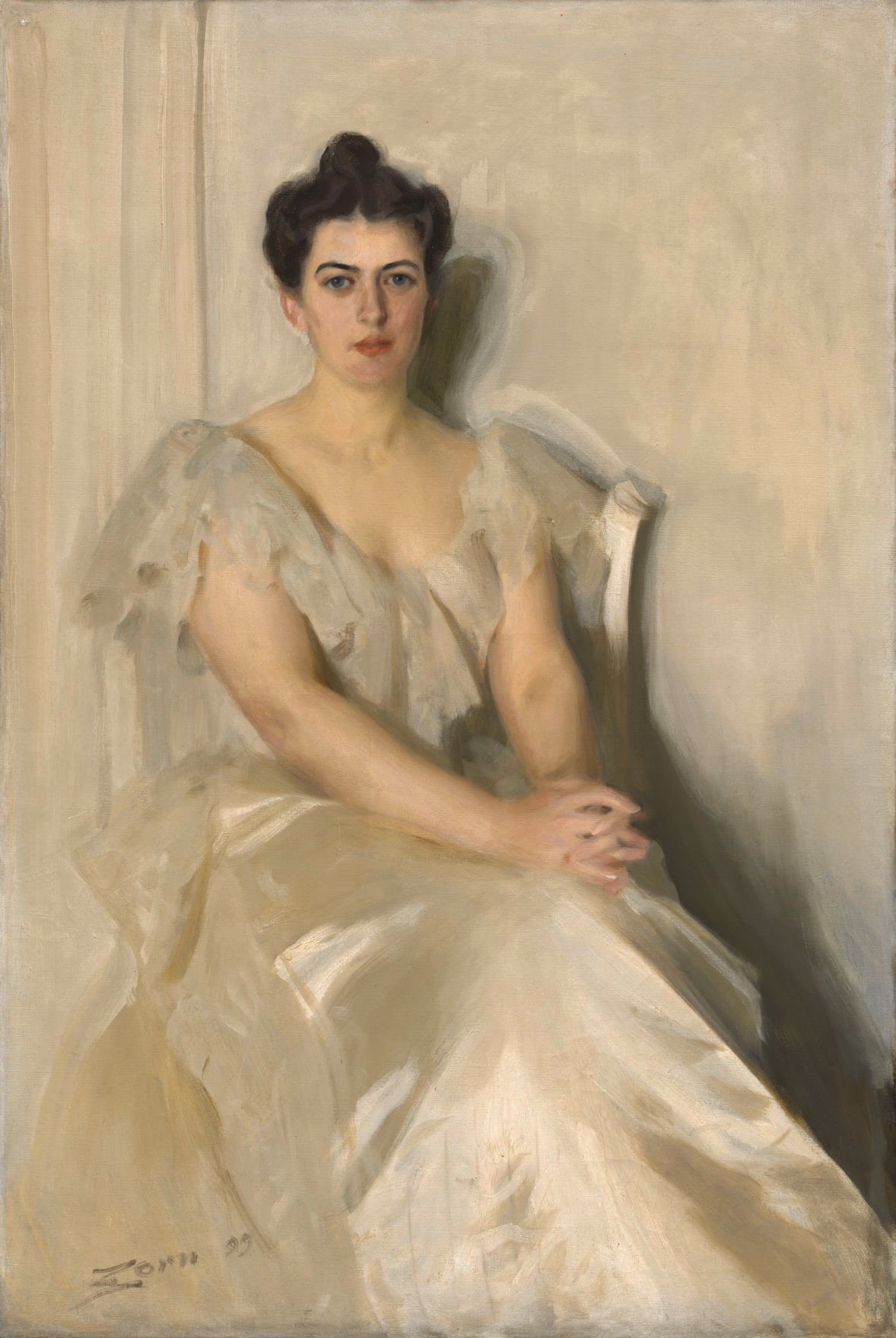 “Every Eye Is Upon Me: First Ladies of the United States” at National Portrait Gallery puts the spotlight on the women who in this role emerged in their own right to take their place in over 230 years of American history.

Unlike the men who are celebrated in the gallery’s “America’s Presidents” exhibit, the first ladies are not elected to their position.

As White House hostess, in widely different circumstances as well as varying relationships to the president (wife, daughter, daughter-in-law, sister, niece), what all these women share is summarized well in an 1844 letter written by Julia Gardiner Tyler to her mother after she married President John Tyler: “Every eye is upon me.”

This exhibit also differs from the National Museum of American History’s “The First Ladies,” noted for its collection of inaugural gowns. “Every Eye Is Upon Me” offers a window to explore the women in this prominent position through the medium of portraiture.

The first gallery of portraits of the most recent first ladies features an eye-stopping center display. Michelle Obama’s official portrait dress in cotton poplin by Milly (2017) is aligned with Amy Sherald’s portrait “First Lady Michelle Obama” (2018). On one side is a Jacqueline Kennedy’s gray wool tweed suit by Chez Ninon, and on the other, Nancy Reagan’s stunning second inaugural ball gown by James Galanos (1985) in chiffon with Austrian and Czechoslovakian glass beads.

In the center of the exhibit are galleries devoted to the 19th century. First Lady Mary Todd Lincoln is depicted in a Mathew Brady silver print. On display is her black lace netting and taffeta capelet (1861) made by Elizabeth Keckley. Included are images and prints of the Lincoln and the Grant families.

In contrast to the somber images of the Civil War era, the Gilded Age sparkles. Frances Clara Folsom Cleveland married Grover Cleveland in the White House when she was 21 and remains the youngest first lady. She was a celebrity in her time and a style changer. Exciting the romantic sentiments, her clothing choices were copied, and her likeness appearing in advertisements. In an elegant portrait by Swedish artist Anders Zorn she wears one of her signature looks: a lace-ruffled gown revealing her bare shoulders and arms.

Around her are several grand portraits. There is Lucy Hayes wearing a rich red velvet gown in a full-length portrait by Daniel Huntington, marking a shift in the representation of first ladies, while the outdoor setting alludes to the increasingly public nature of the role. Caroline Harrison is also painted by Daniel Huntington in the grand style. She is noted for raising money for the establishment of the Johns Hopkins University School of Medicine on the condition that the school admit women.

Helen “Nellie” Louise Herron Taft is seated in the White House garden with the mansion in the distance. She is noted for the 3,020 Japanese cherry trees that she had planted on the grounds of the Capitol and along the Tidal Basin in Washington, D.C., after visiting Japan in 1900, rightly believing they would add great beauty to the nation’s capital.

While there are various forms of portraits, including the very personal form of a silhouette of Abigail Adams, there is only one sculpture: the portrait bust of “Harriet Lane Johnston” (1873) by William Henry Rinehart. Lane served as first lady for her bachelor uncle James Buchanan. This rare work highlights her bare shoulders above a deeply plunging neckline, a style she made fashionable when she altered her inauguration ball gown by lowering it 2 full inches.

The power and influence of 20th-century first ladies, like Edith Wilson, Eleanor Roosevelt and Nancy Reagan, are well documented. We know less about the first first ladies. The final gallery starts with Martha Washington, who had to create the role. Dolley Madison is represented in an oil painting from 1848, when she was 80 years old, wearing her signature turban. She had first served as a hostess for Thomas Jefferson, and then as first lady when her husband was president. She would be considered first lady of the country for years with her own power base.

While modern first ladies are represented in media as varied as magazine covers and campaign buttons, among the early first ladies is a special portrait miniature. Elizabeth Monroe is represented in one created by the Swiss–French artist Louis Sené, which enabled James Monroe to carry it in his pocket.

No portrait exhibit is complete without personal touches. Grace Coolidge, who was as outgoing as her husband, was reclusive and kept numerous animals, When presented with a raccoon as a gift for Thanksgiving dinner, she named it “Rebecca” and kept it as her favorite pet.

“Every Eye Is Upon Me: First Ladies of the United States” is a treasure. Not does it reveal how they shaped the role in their eras, but how we view that role today.

"Every Eye Is Upon Me: First Ladies of the United States," National Portrait Gallery, Eighth and G streets N.W., Washington, D.C. Through May 23. Reopens May 14; timed-entry passes required. npg.si.edu; firstladies.si.edu/gallery.

An illustrated book, "First Ladies of the United States" serves as a companion for the "Every Eye Is Upon Me: First Ladies of the United States," along with the recent volume "America’s Presidents" (2017). While this is the largest presentation of first lady portraiture to take place outside of the White House, more information is available at whitehousehistory.org/galleries/first-lady-portraits.

"America’s Presidents," the complete collection of presidential portraits outside of the White House, is also on display at the National Portrait Gallery. americaspresidents.si.edu/gallery.

"The First Ladies," ongoing at the National Museum of American History, features more than two dozen gowns from the Smithsonian’s almost 100-year old First Ladies Collection and a section titled “Changing Times, Changing First Ladies” on their contributions to their husbands' administrations. americanhistory.si.edu/firstladies-interactive/index.html.

James Wan has revealed the full title for ‘Aquaman 2’

James Wan has revealed the full title for ‘Aquaman 2’

Ariana Grande has filed a trademark for a beauty line

Ariana Grande has filed a trademark for a beauty line

Blast from the past: Riverside returns to the stage with 'Marvelous Wonderettes'

This Friday, Artful Dimensions will be hosting just the kind of First Friday event Elizabeth Woodford would have loved.

The folks at Stage Door have found the recipe for making a production of the classic tale of “The Wizard of Oz” more magical than ever before.…

Dance Matrix and Company and Downtown Greens are joining forces for a live outdoor performance this Saturday, beginning at 3:30 p.m. in the lo…

“The Dirty South: Contemporary Art, Material Culture, and the Sonic Impulse,” runs through Sept. 6 at the Virginia Museum of Fine Arts in Richmond.