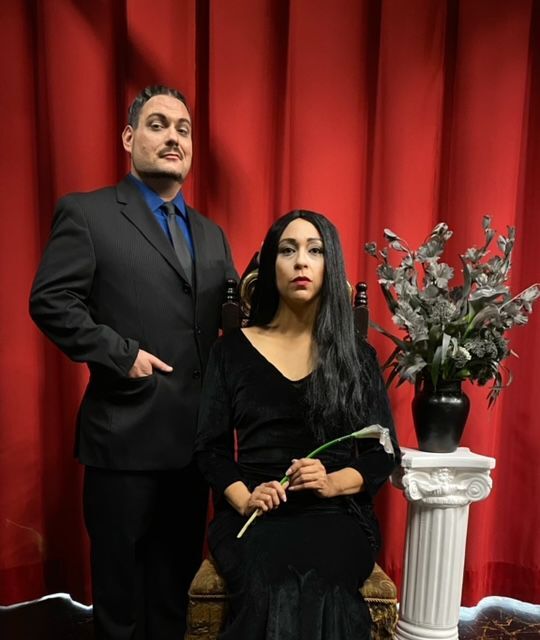 Jeff Kyer as Gomez and Mallori Wilkinson as Morticia star in the LOW Players’ production of ‘The Addams Family,’ opening this month. 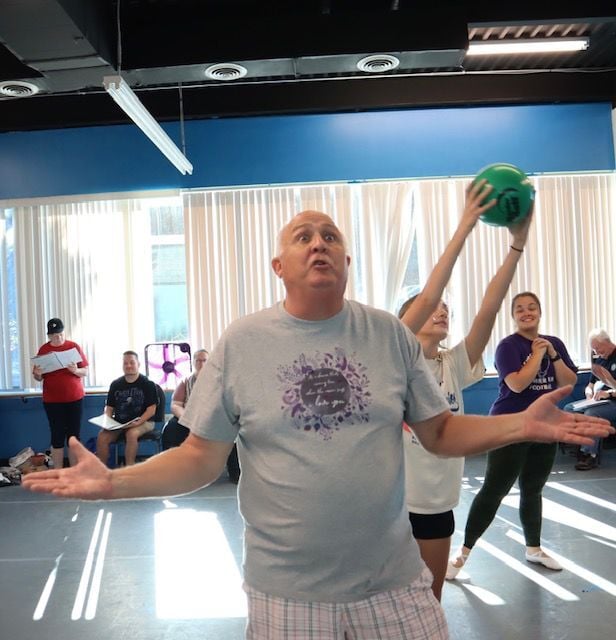 For its fall featured production, the Lake of the Woods Players is presenting “The Addams Family: A New Musical,” a superb choice to hail the Halloween season. What better antidote for a time of precautions and concerns than the quirky humor of the lovable characters of the Addams family?

Modeled after the 1930s cartoons of Charles Addams and echoing the subsequent television series and movies, the musical depicts the creepily winsome family members but also conveys the dilemmas, tensions and abiding love that all families, across all boundaries, will recognize.

“This musical relates to many people’s feelings that their family may be a little stranger than everyone else’s. Yet all families have their challenges and quirks and they work through them together, and in the end, each family has its unbreakable bond,” said Dan Ditzler, director of the show.

The tale opens on the evening of a meet-and-greet dinner orchestrated by Wednesday Addams (Anna Sammel) for her parents and those of her unlikely boyfriend, Lucas Beineke (Sam Cook)—a bright, “normal” young man from an attractive, successful and upbeat family.

Early on, Wednesday confides in her father Gomez (Jeff Kyer) that the purpose of the gathering is for the “reveal” of the forthcoming wedding of the young lovers and swears him to secrecy, keeping the news from her mother, Morticia (Mallori Wilkinson), until the announcement is made.

As is the case with all familial relationships, the undercurrent of emotions and thoughts is as palpable as qualities of the physical senses, and Morticia quickly notices that some new division has emerged between her and Gomez, and she is furious with him for his secrecy.

Along the way, other family members feel the repercussions of Wednesday’s new step in life. Kid brother Pugsley (Leighton Carter) fears the effects that his sister’s marriage will have on their fun-loving, mutually taunting relationship. And, in a touching song dubbed “Happy Sad,” Gomez expresses the mixed emotions that all fathers feel when their little princesses pursue their own paths in life.

The dinner gathering even unveils a chink in the foundation of the seemingly perfect marriage of Lucas’ parents, Mal (Tim Carlson) and Alice (Cynthia Palmer). Alice drinks a magic potion/truth serum during a number titled “Full Disclosure,” and recites a litany of the many dissatisfactions and disappointments of their relationship. In addition, in the midst of the chaotic meal, Wednesday shows doubt that the many differences between the Addams and Beineke families could be reconciled.

Meanwhile, some elements of the Addams family remain constant. Lurch (Pedro Ecchevaria) continues to serve as the grim butler with his zombie-like persona, and wacky Uncle Fester (Dave Schubert) and Grandmama (Barbara Cochran) continue their antics in their fantasy worlds. The musical’s plot is ushered along by an ensemble of Addams Ancestors, whom Fester has charged with the mission of ensuring that the engagement between Wednesday and Lucas comes to fruition.

All’s well that ends well, and as the story reaches its climax, each of the couples’ relationships emerges from their tests and tribulations stronger and deeper than ever before.

“This production involves more complex choreography than any we have done before, and a special thanks go to Bobbi Jo Phillips and Lauren Mahokey, who served superbly as our choreographers, as well as to my wife Michelle who took on the role of stage manager,” said Ditzler. “This show was possible through the investment of a truly creative group that talks and communicates and runs ideas by each other.”

Ditzler said he was taken aback by the number of people who auditioned for the show and the quality of their performances. “There is so much talent in the Fredericksburg, Spotsylvania and Stafford regional area. The actors were eager to get back onstage and you could see it!”

As the story closes, each family learns from the other that, in looking from a different perspective, they can rediscover the happiness that might have been lost along the way.

“We hope our audience can come in and for an hour and a half forget about any troubling issues of daily life. We want them to sit back and relax and let us take them some place where they haven’t been while they laugh a little and the music lightens their hearts,” said Ditzler.

Jeff Kyer as Gomez and Mallori Wilkinson as Morticia star in the LOW Players’ production of ‘The Addams Family,’ opening this month.