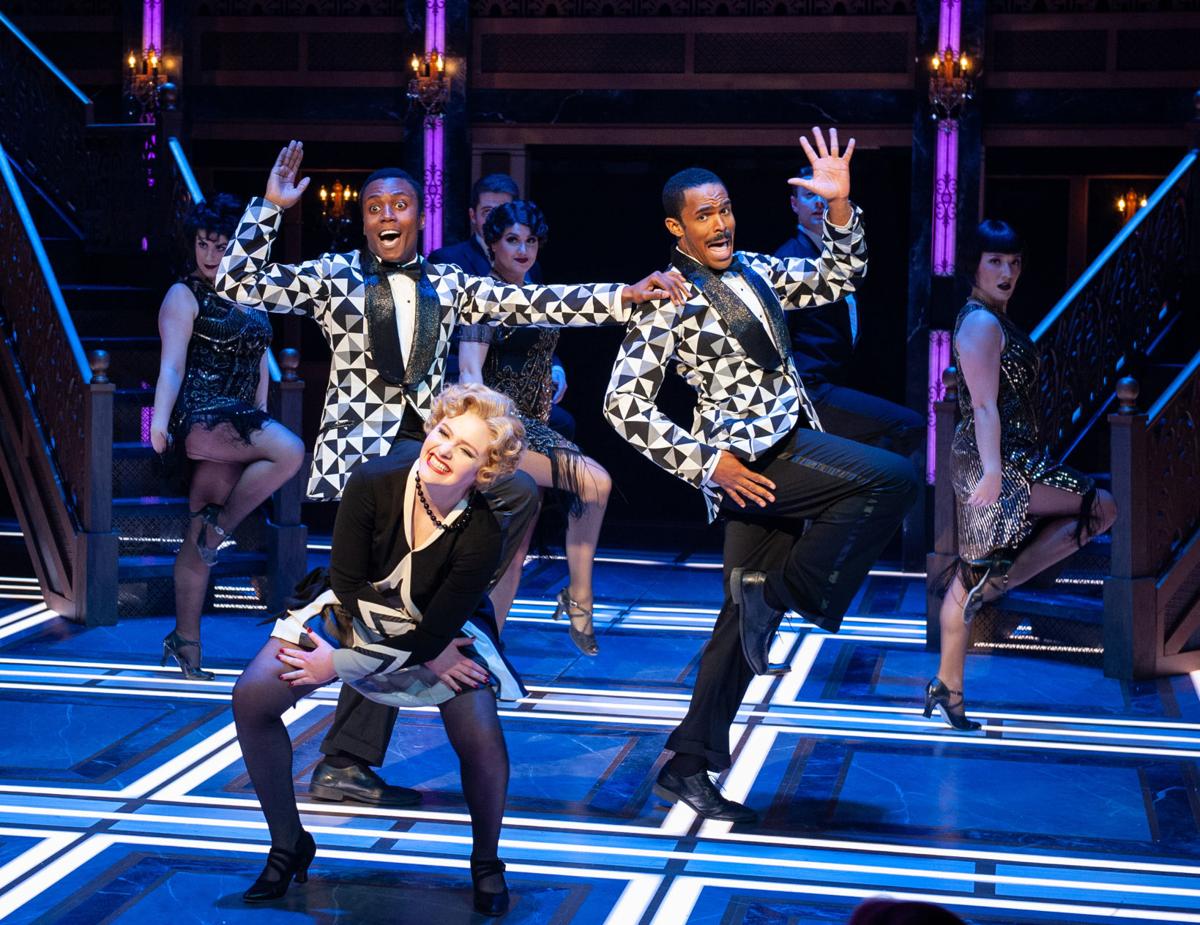 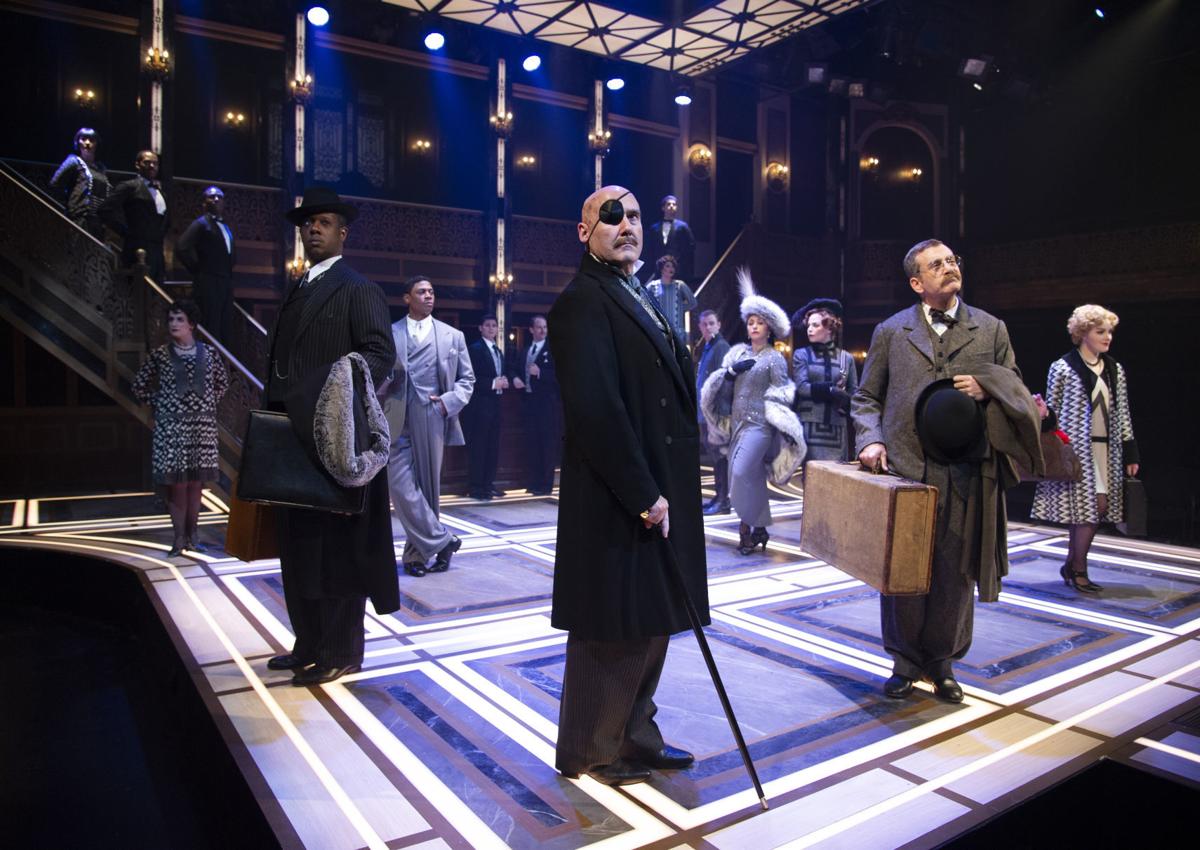 Step inside Signature's 'Grand Hotel,' onstage through May 19. 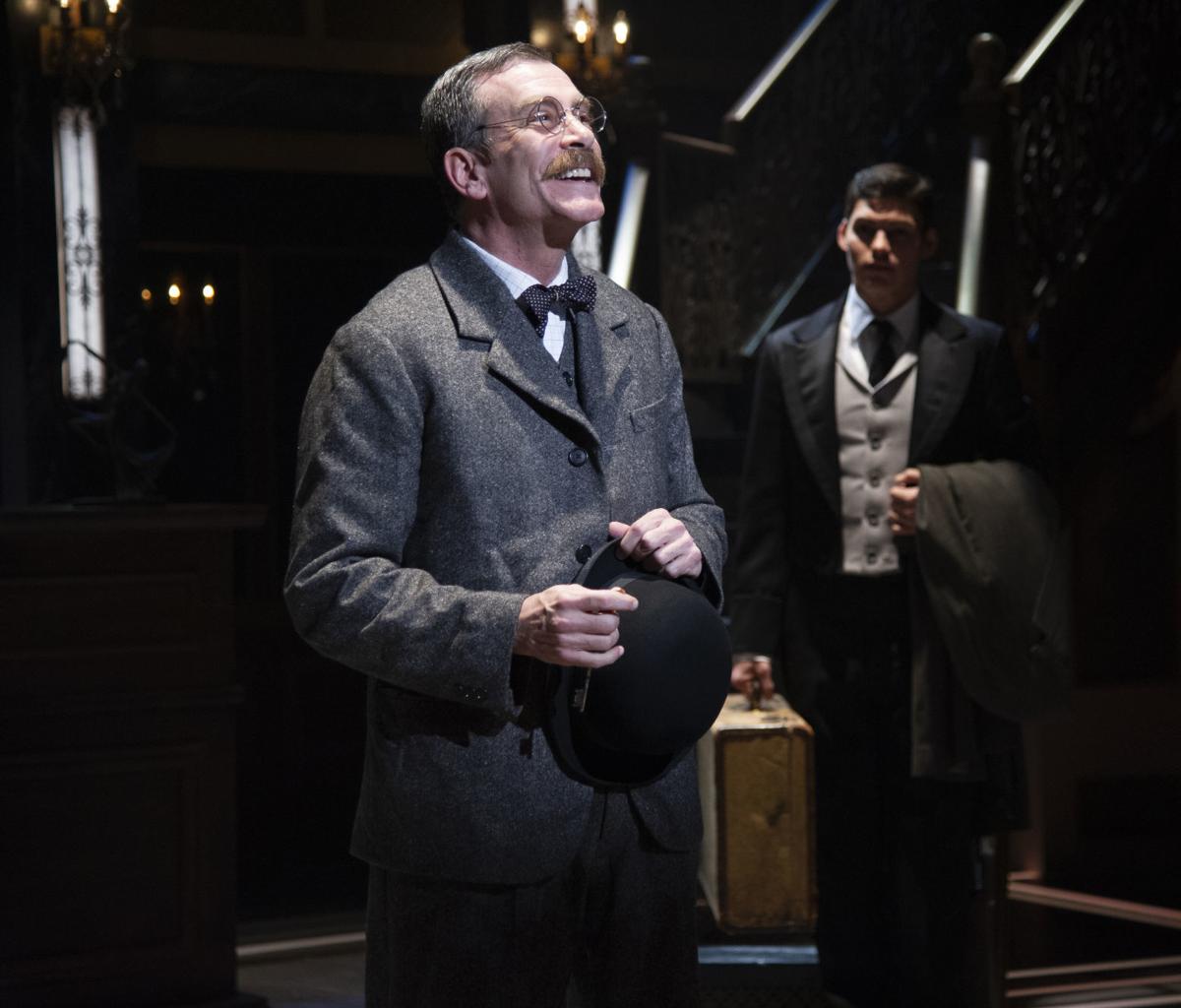 In a crowded cast, Bobby Smith as the ailing bookkeeper Otto Kringelein is a standout.

BY GAIL CHOOCHAN THE FREE LANCE-STAR

People from all walks of life are checking into the luxurious Grand Hotel in old Berlin: an aging ballerina who’s lost her groove, a smooth-talking baron with sticky fingers, a struggling typist with Hollywood dreams, and a dying bookkeeper who just wants to live it up during his last days.

Everyone wants to be there.

And Signature Theatre has recruited a top-notch cast and crew to make sure audiences enjoy their visit.

Based on a novel by Vicki Baum, “Grand Hotel” is overflowing with colorful characters who revolve in and out of Paul Tate dePoo III’s handsome-looking set design. And Robert Perdziola’s stylish suits and dresses look quite fetching in this art deco hotel, featuring ornate railing wrapping the stage and candlestick telephone receivers that descend from above. One thing that feels out of place: the lighted-up square flooring, which looks odd in certain colors (like electric green) and kinda disrupts the whole vintage vibe.

The musical numbers “The Grand Parade” and “Some Have, Some Have Not/As It Should Be”—a bustling and boisterous display of the rich, the people who work for them, and the ones who are paid to serve them all—open the show, which takes place over a weekend in 1928, at time between two world wars.

Out of all the characters, Otto Kringelein is the one you feel for the most. The Jewish bookkeeper just wants to have a taste of the high life after learning he’s dying. Wearing ill-fitting, rumpled clothes, he doesn’t exactly blend in with the hotel’s shiny and sophisticated clientele. After being refused a room—despite having the dough, he receives a friendly hand from Baron Felix von Gaigern, who helps Otto with his dream of staying at the ritzy establishment.

As Otto, Signature favorite Bobby Smith is an absolute joy to watch, especially when his character breaks out of his shell and becomes the life of the party in the show-stopping musical number “We’ll Take a Glass Together” with his new best pal.

The Baron, played by Nkrumah Gatling, not only has a way with words, but also with the ladies—sweeping two of the guests off their feet. In his Signature debut, Gatling is a charmer with his big dashing smile, and his powerful voice suits perfectly with the soaring romantic ballad “Love Can’t Happen,” a duet with Natascia Diaz’s gloomy-faced ballerina, and the emotional “Roses at the Station.”

The production is packed with talented performers, one of whom Fredericksburg theatergoers may recognize.

Nicki Elledge, who won hearts portraying Belle in Riverside’s “Beauty and the Beast,” does the same here again as Flaemmchen, a poor, young secretary who yearns for a better life—even if it means working for a handsy businessman. With a face that can light up a room, Elledge shows off some serious singing chops in “Girl in the Mirror,” where she shares Flaemmchen’s dreams of making it big in Hollywood.

While the story is mostly focused on the hotel’s guests, it does highlight a few of its hardworking staff. There’s the front desk employee Erik (sweetly played by Nicholas McDonough), who’s anxiously awaiting the birth of his child; and the two Jimmys from America—one from North Carolina and the other South Carolina. Solomon Parker III and Ian Anthony Coleman’s high-spirited performance of the jazzy number “Maybe My Baby Loves Me” with Elledge is a fun treat.

While the songs are superbly sung by the cast, and get a big boost from Kelly Crandall D’Amboise’s energetic choreography, many of the tunes aren’t particularly memorable. However, with vibrant performances and an engaging set of mini-stories, this well-dressed “Grand Hotel” makes for a pleasurable stay.

Princess Diana left quite an inheritance for her sons

Princess Diana left quite an inheritance for her sons

Selena Gomez says her past relationships were cursed

Selena Gomez says her past relationships were cursed

Winfrey's new book pick is novel 'The Sweetness of Water'

NEW YORK (AP)—Oprah Winfrey’s next book club pick is a debut novel set in Georgia at the end of the Civil War: Nathan Harris’ “The Sweetness o…

Poets Sylvia Plath and Anne Sexton both took a workshop with the poet Robert Lowell in Boston and would often meet for drinks after the workshop.

Book Corner: Brighten your summer with these colorful books

Summer Reading at Central Rappahannock Regional Library is here! It’s not just for kids and teens; adults get rewarded for reading, too (thoug…

In "Walk Among Us," three authors tell tales of vampires amid the backdrop of a popular tabletop role-playing game.

The book’s three sections—entitled “run,” “fight” and “think”—mirror the progression a true freedom seeker would encounter: flee the oppression, combat threats and ponder the implications of such total liberty

The first half of the book is very heavy as we watch Eve navigate grief and dysfunction, but McFarlane's talent for witty banter and humor help carry the weight.

Publishers Weekly's list of bestselling titles from the week that ended June 12.

This a special memoir in which, though circumstances are difficult, love wins out.

Patrick Radden Keefe takes a hard look not just at Purdue Pharma, the organization that started it all, but also at the family that pulls the strings, the titular Sacklers.

Step inside Signature's 'Grand Hotel,' onstage through May 19.

In a crowded cast, Bobby Smith as the ailing bookkeeper Otto Kringelein is a standout.