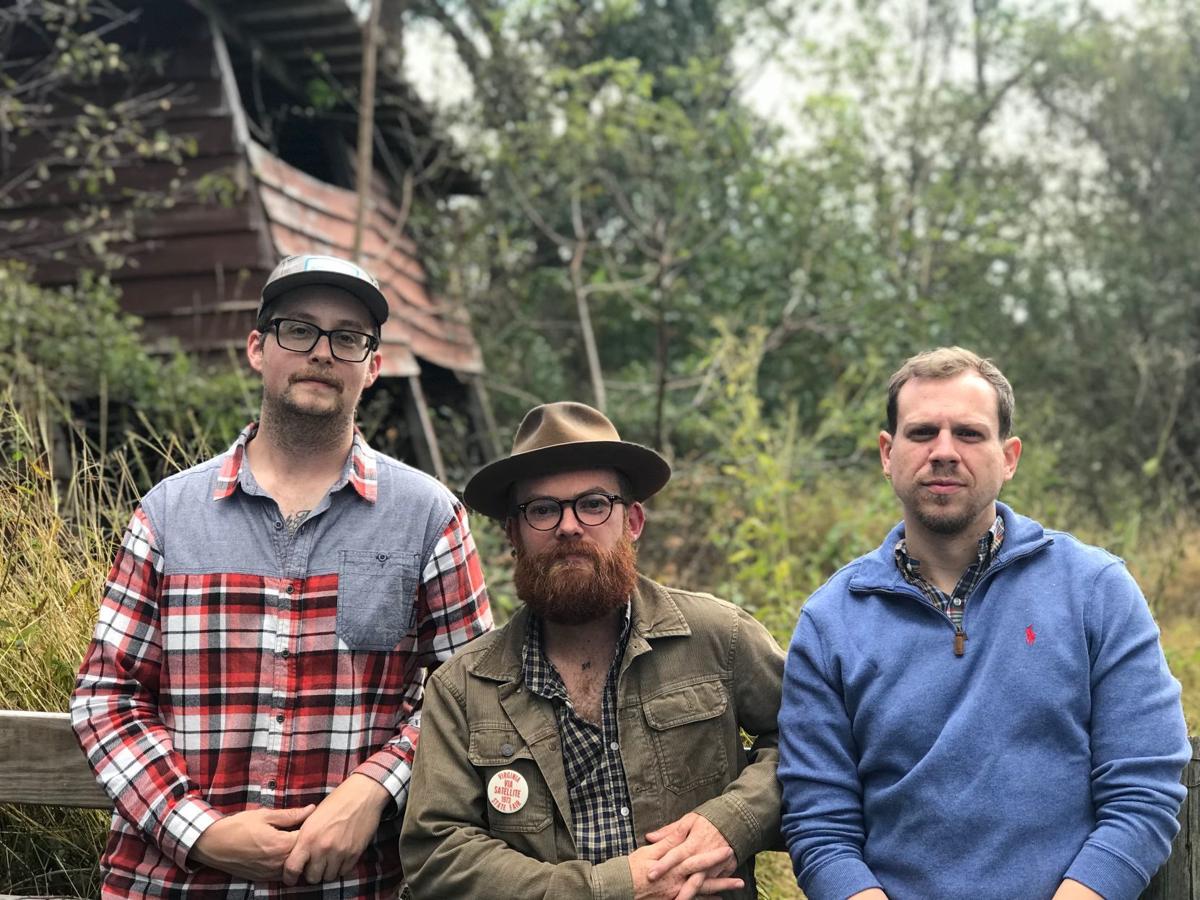 Cabin Creek will offer a virtual Music on the Steps performance Monday, starting at 7 p.m. 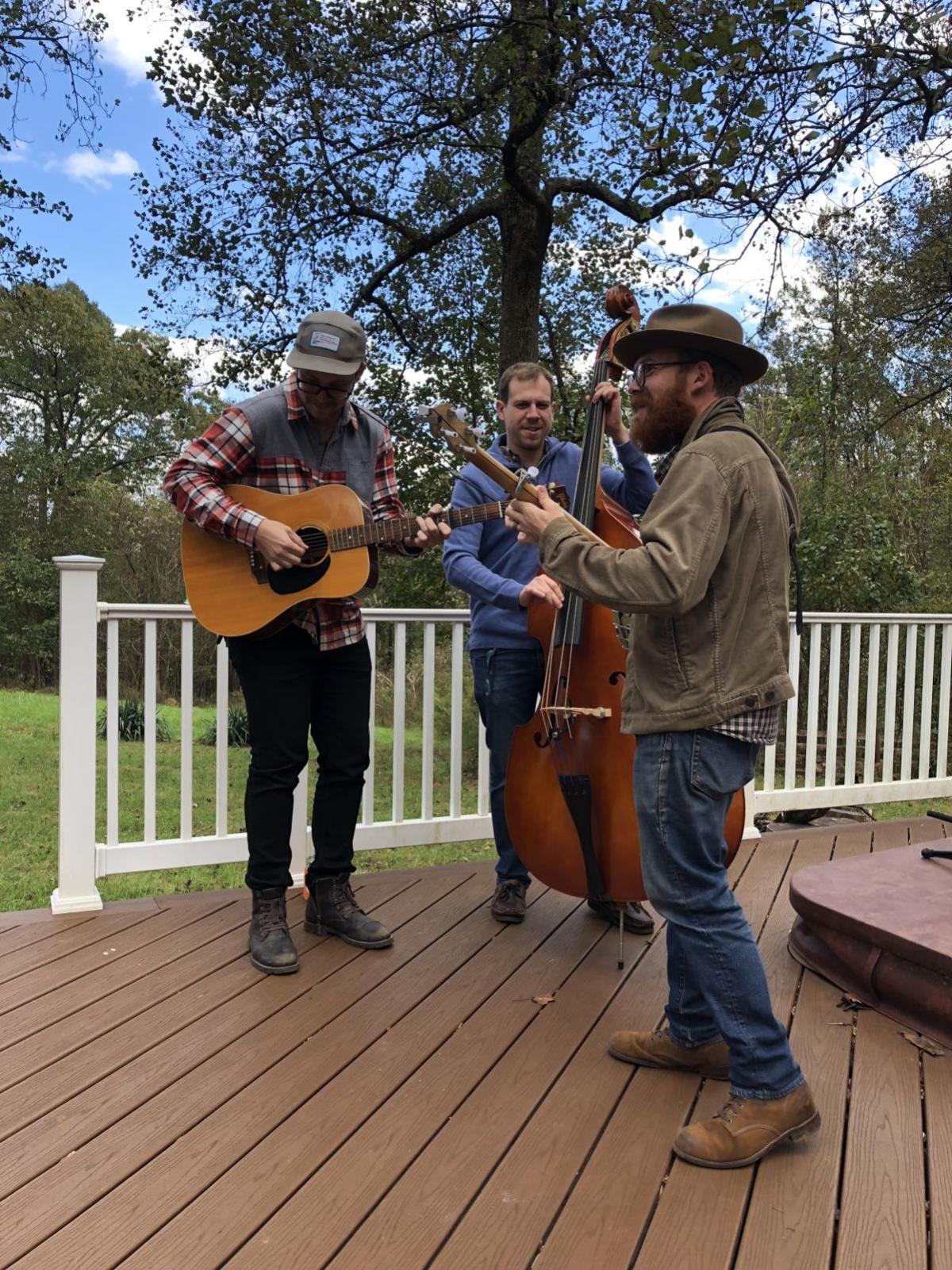 Cabin Creek will offer a virtual Music on the Steps performance Monday, starting at 7 p.m.

Cabin Creek is a band in transition.

The acoustic trio has morphed from their previous incarnation as an Americana quartet that drew on influences like The Avett Brothers and Old Crow Medicine Show into a more roots-flavored group drawing on string band music with origins that go back to the Appalachian mountains and the British Isles. The transition began a few years ago when David Hall and Travis Ferrell became disenchanted with the direction of the group.

“We came to a crossroads where we had to decide—do we want to continue this way or take a turn and start doing what we really want to do, which was to play traditional but also traditional steering away from modern Americana,” said Ferrell. “I’m not knocking that, I love the Avett Brothers, but the Avett Brothers are doing that really well. We just find more truth in what we’re doing now.”

Part of that change included Ferrell adding fiddle to his instrumental skills. He had been playing guitar but was attracted to the raw mountain fiddle sound. Self-taught by ear, Ferrell also learned from an online tutorial subscription called Peghead Nation that gave him the basics of old-time playing.

“The original idea was just as streaming-only online with iTunes, Spotify and all that, then at the end of the year press all of them together as an album,” said Ferrell.

But those three EPs contain an interesting mix of old, traditional songs and originals that are written in the same style. They even rerecorded an earlier song, “Station Wagon,” with an earthier, string-band sound. The older songs go through a reworking before the band records them.

“We don’t necessarily pick a song and find the oldest version,” said Hall. “We usually stumble across it. Typically, it’s just what we’ve heard before. We know the tune, then we listen to it from a couple different sources. What key are they doing it in? Is there anything we can do differently? If you’re doing it live you can just do it, but if you’re going to record it and put it on the forever internet how do you want to do it?”

The 2019 sessions were all done at Hall’s home studio. With modern technology becoming more readily available, it is easier to get a professional-quality recording without the expense of booking time in a commercial studio.

“The room sound that you have is the sound,” said Hall. “We do some live and some multi-tracks but what I’m getting at is you don’t have to configure your space to be a modern studio. You just need a good mic and a good way to record and just do it.”

The reboot of their sound created some marketing challenges. Some festivals that had previously booked Cabin Creek as a four-piece Americana band with drums were reluctant to give the trio—with Eric Dzik on upright bass—a chance. A gig at the popular FloydFest without a drummer helped boost their confidence that it could work for a larger audience.

“It was a turning point because we hadn’t played a show without drums since the band started,” said Hall.

The band was starting to gather material for a new full-length album when the pandemic struck in early March. Since then, rehearsing, performing and recording came to a stop. Cabin Creek had their first live show since the shutdown in June at 6 Bears and A Goat Brewery in Stafford, but the show was not publicized to keep crowd levels down. Their streaming show for the library’s Music on the Steps series on Monday will be the first time many of their fans will have seen them in months.

“It’s been uneventful, but we’re hoping now that things are getting somewhat back to the way they were that we can start picking up and doing more,” said Ferrell. “I was really looking forward to playing at the library, so I’m glad we’re still going to do it. I think we’re going to do it from the makeshift Cabin Creek studio. We’ll have at least one condenser mic setup.”

SpaceX crew returned to Earth and other space news you missed

Movies in a Minute: 'Summerland,' 'Cut Throat City,' & 'The Secret: Dare to Dream'

Movies in a Minute: 'Summerland,' 'Cut Throat City,' & 'The Secret: Dare to Dream'

The weirdest Airbnbs to add to your bucket list

The weirdest Airbnbs to add to your bucket list

Coolest drive-ins to visit this summer

Coolest drive-ins to visit this summer