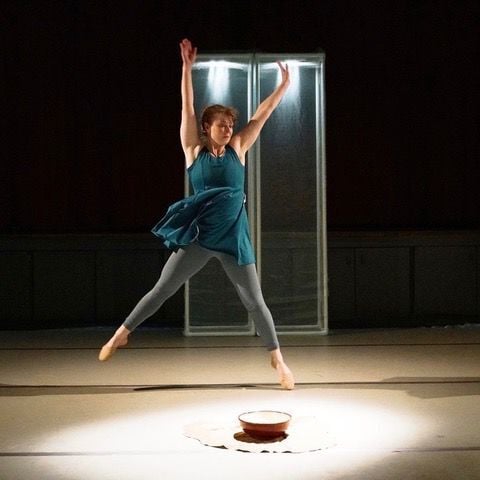 Dance Matrix & Company will perform the piece ‘The River Within Us’ on Saturday at Patriot Park. 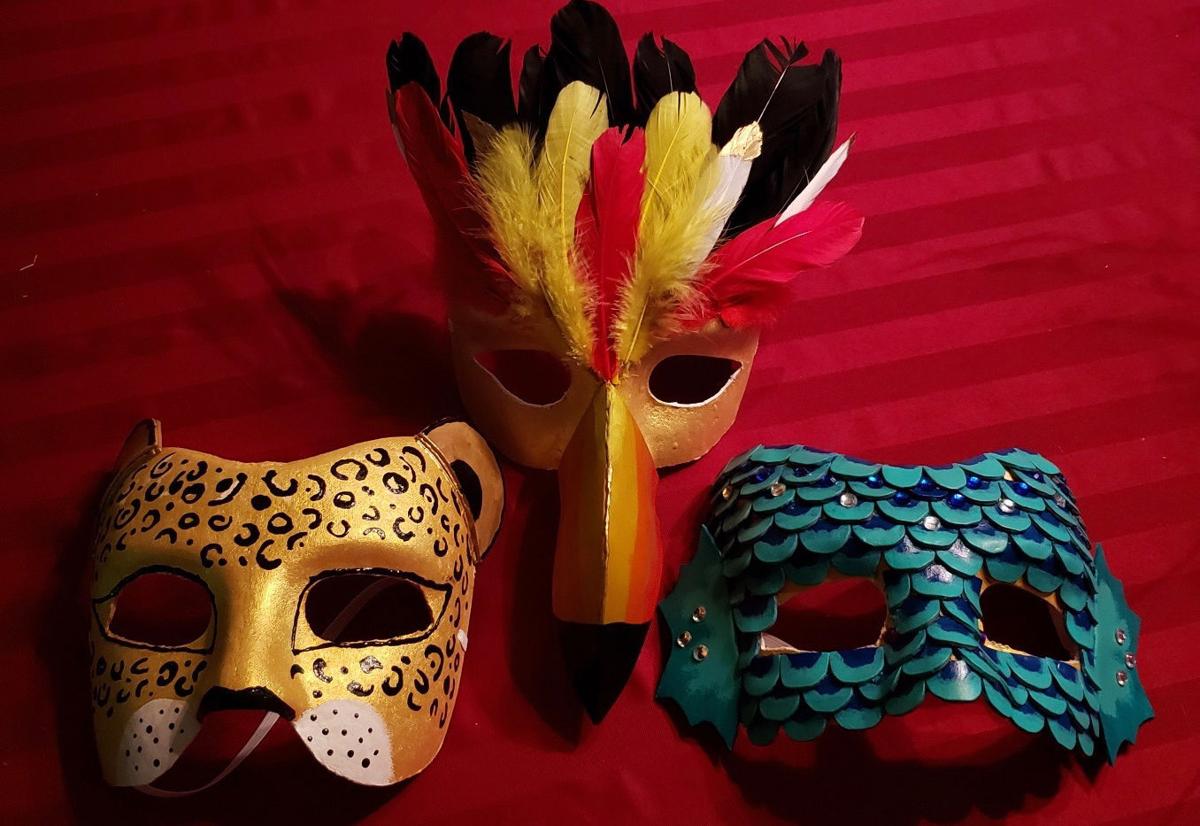 ‘People of Corn,’ a telling of the ancient Mayan creation story, will feature masks designed for Dance Matrix by Rachel Decker.

This weekend Dance Matrix & Company is holding its first public event since February. Beverly Mendez, who leads the performing arts collective, said this first step back onto the dance floor was taken gingerly, with every caution for safety.

“Right now, people are just deciding what they can do and how to go back to normal life safely,” she said. “They’re testing the waters, and we’re doing the same thing. We’re also trying to reach a sense of normalcy. For us, that’s performing.”

Their dance and theater-works production will be held outdoors at the Patriot Park amphitheater. The event is free and open to the public, and runs from 4–5 p.m. this Saturday.

DMC’s outdoor performance will be socially distant, according to Mendez, with distanced bleacher seating available. Attendees can also bring their own chairs for additional distance.

Masks are required for performers and audience members, and there will be hand sanitizing stations.

The event will feature two original pieces by DMC that evoke connection with nature and were popular in previous performances, as well as new choreographed dances.

The company will present “People of Corn,” an educational telling of the ancient Mayan creation story, complete with dance and narration. The performance also includes masks designed for DMC by Rachel Decker.

DMC will also perform “The River Within Us,” a dance work originally choreographed for a Friends of the Rappahannock fundraiser in February, the last time the group was able to publicly perform.

Two guest artists will be featured during the event. Kori Terrell Joseph will present a contemporary dance piece called “Just Memories,” and a solo by New York choreographer Ixchel Mendez will be performed by DMC member Ed Yates.

The event is sponsored by The Rappahannock Electric Cooperative. Mendez said they partnered before the pandemic hit to reach out to the community. Reaching out is a large part of why she founded the company. DMC is also coordinating a performing arts festival for Sept. 26 at Fredericksburg’s Old Mill Park to share the craft of singing, songwriting, theater and dance with the community. The event will include three community masterclasses in the afternoon and an early evening performance showcase.

“Community outreach of the arts is so important,” she said. “Arts gets shoved into an elitist category. But we want to break down that wall and show that it’s for everyone.”

Performing during the pandemic has been difficult for DMC, she said. Dancing virtually doesn’t have the same feel as a live show. Dancing requires space and is emotional in a way that doesn’t come across “in little boxes on a computer screen.”

She hopes that anyone who comes out—families, seniors, teens looking for something socially distant to do, fans of the arts, or those simply curious about dance—feels normal again for the hour and leaves just a little happier than they arrived.

Other events: "Distancing Together," fourth annual performing arts festival, Sept. 26. Three community masterclasses, open to all teens and adults 13 and up, will be held in the afternoon, with an early evening performance showcase.

Book review: Families lost and families found in 'The Book of Lost Friends'

Lisa Wingate has a gift for taking a little known story from our country’s history and bringing it to life, drawing the reader into the world …

Book review: Do we over-value intelligence?

At first glance, one might think David Goodhart’s “Head, Hand, Heart” is about human anatomy. But the subtitle reveals all: “Why Intelligence …

Gale Sayers, Bears Hall of Fame running back, dies at 77

CHICAGO (AP) — Gale Sayers, the dazzling and elusive running back who entered the Pro Football Hall of Fame despite the briefest of careers and whose fame extended far beyond the field for decades thanks to a friendship with a dying Chicago Bears teammate, has died. He was 77.

Dance Matrix & Company will perform the piece ‘The River Within Us’ on Saturday at Patriot Park.

‘People of Corn,’ a telling of the ancient Mayan creation story, will feature masks designed for Dance Matrix by Rachel Decker.