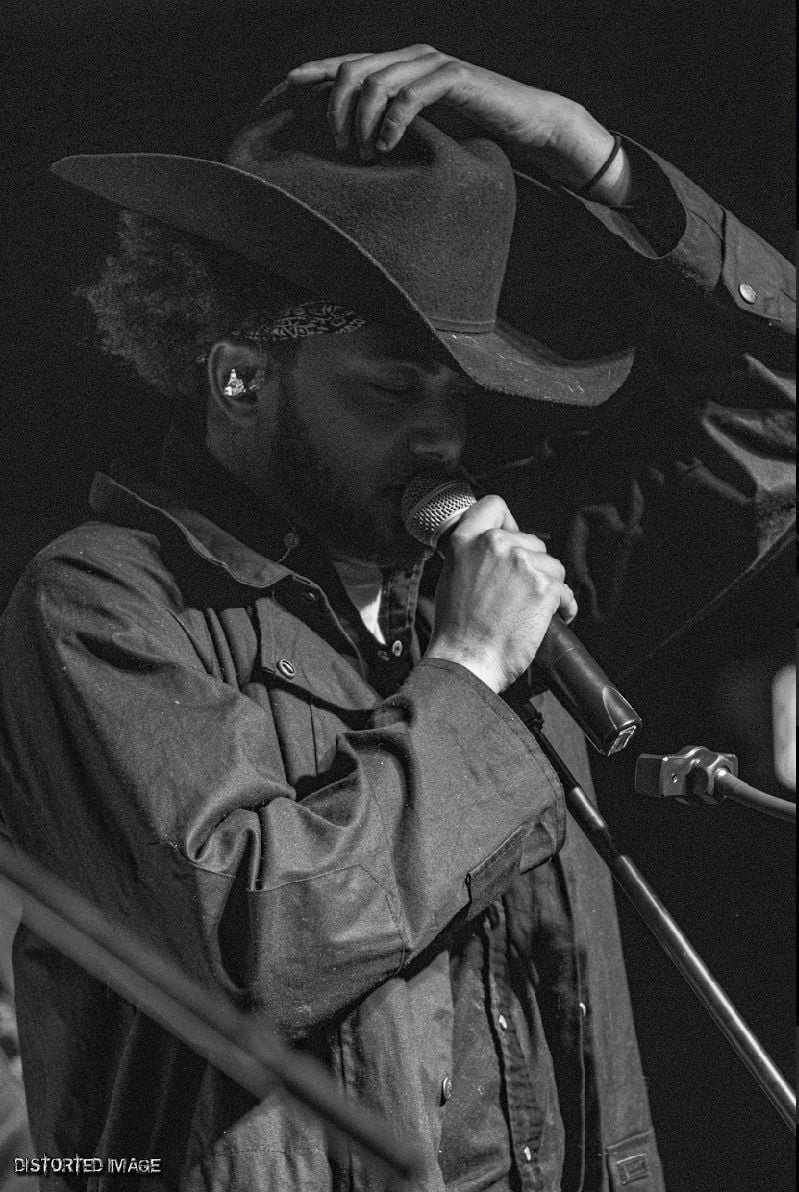 Zye Ca$h has gotten some recognition for his hip-hop songs, but has recently embraced his local roots and incorporated country into his style. 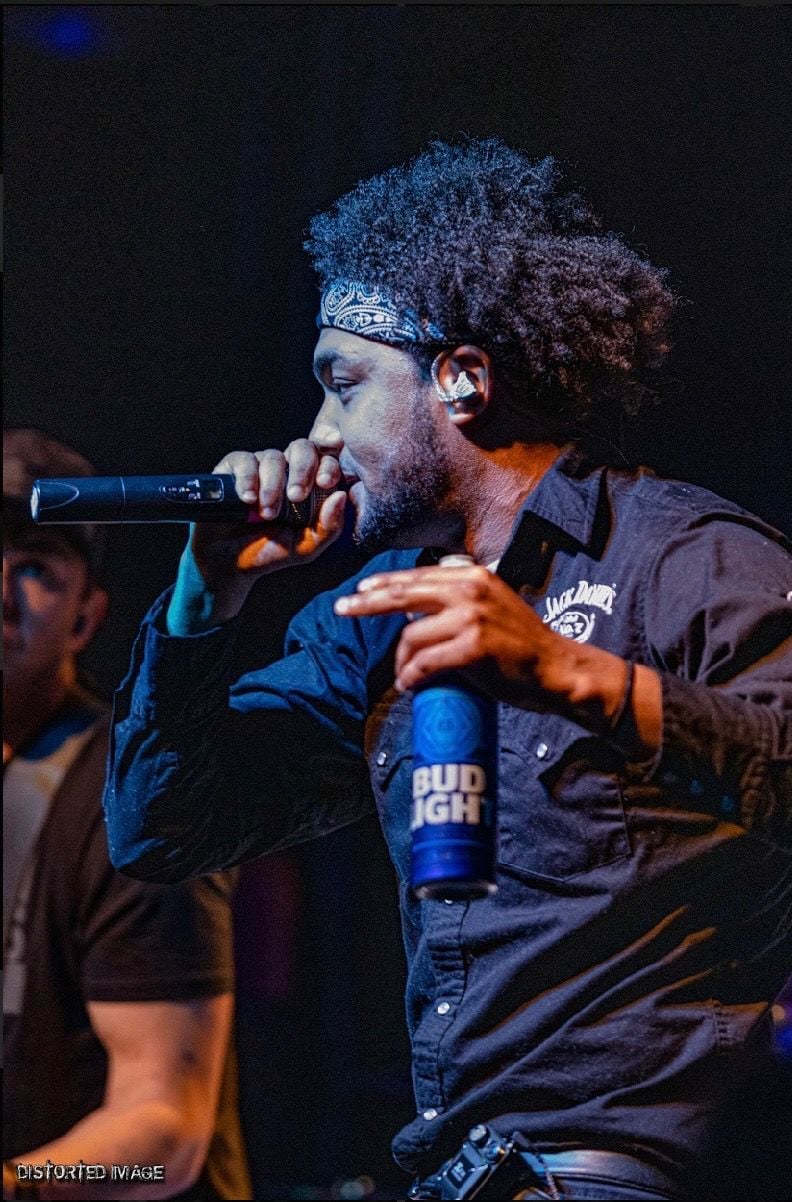 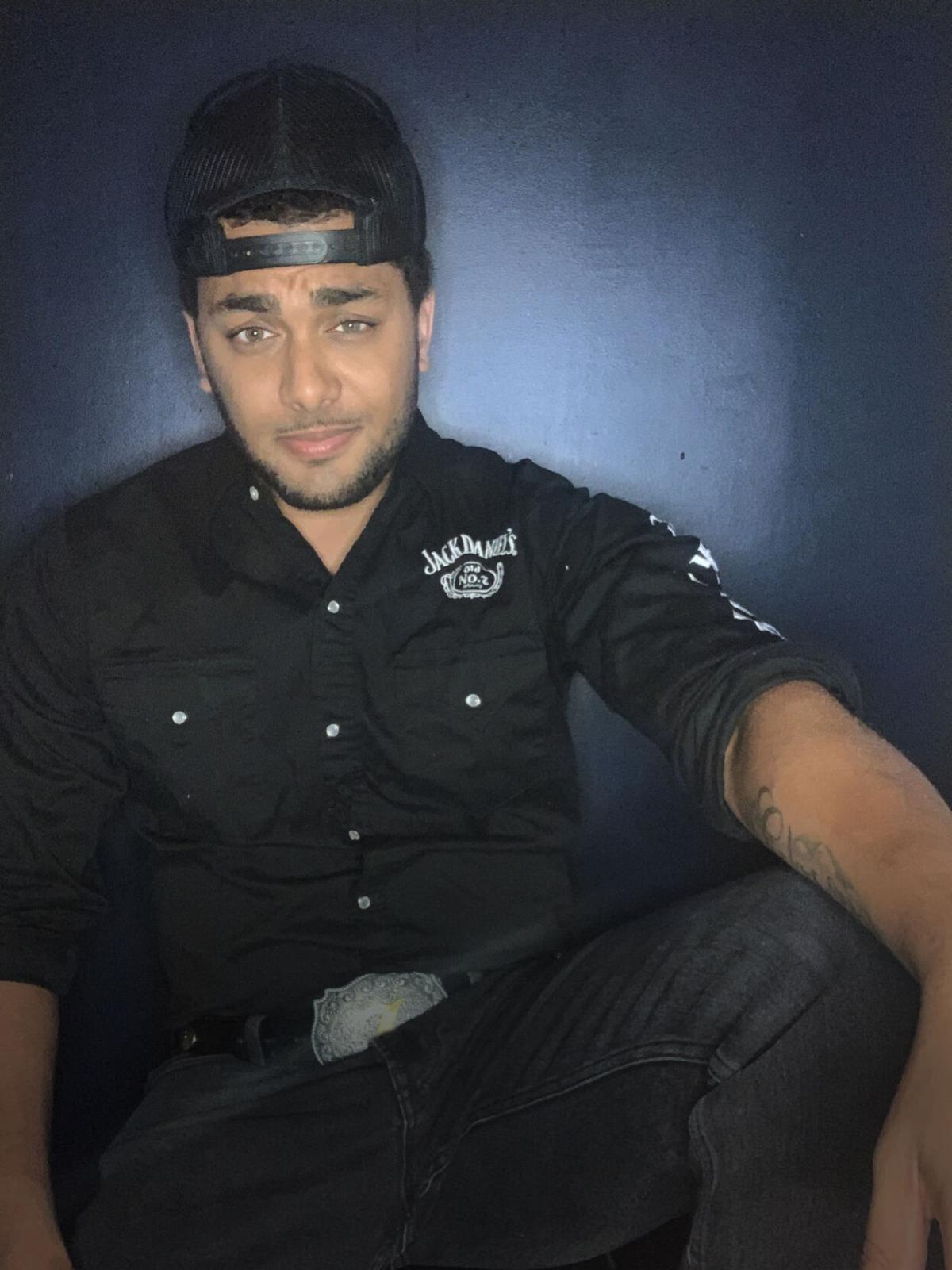 By STEPHEN HU FOR THE FREE LANCE-STAR

Lil’ Nas X may have blown a lot of peoples’ minds when he mixed rap and country with “Old Town Road,” but 29-year-old Fredericksburg-area singer Elijah Schoolfield has lived between those worlds growing up as a black man in Stafford County.

“I just get a lot of influence from country because I grew up out here,” said Schoolfield. “I grew up on 93.3 WFLS going to school and back every single day. Also, my mom is a huge country fan. I grew up on that so much, it’s always going to have an influence on me whether it was through music or my life in general—things I like to do like fishing and riding four wheelers. The country lifestyle has always had an influence on me.”

Schoolfield, who performs under the name Zye Ca$h, started writing songs as a way to express his feelings as a youngster.

“I’ve always had an interest in music, but it’s been my way of coping and getting through some things,” said Schoolfield. “So it’s kind of like my outlet. I call it my personal therapist.”

Schoolfield needed that outlet more than ever in 2017, when his brother took his own life. His brother had encouraged him to pursue music as more than a hobby.

“My brother’s the one who got me really taking it seriously,” said Schoolfield. “He was staying with me and he would see me going in my closet where I had my home-built studio. I’d be on there rapping online to people for two hours straight, practicing and singing songs to people. He saw me and said, ‘You’ve got to take this more seriously.’ That’s when I started trying to make music and create my own songs and put stuff out there. He changed my whole world.”

When his brother died, Schoolfield considered giving up music, and took a break for several months while he grieved.

“Music was the only thing that got me through. When he did pass, the last thing I got from him was him saying, ‘Finish what you were doing musically. Don’t stop because of this.’ I wanted to quit. I stopped for two months. I jumped back in and it really helped me get through my thoughts, get through my emotions, my feelings. You can say tons of things, but music does something different. You can feel it—it’s beyond just the words.”

His loss also translated into activism with the homeless community. Schoolfield has been involved with a program called Heat The Streets that provides warm clothes and food to homeless people. He hopes to merge it with his music career.

“I’ve got some ideas on a project I want to do down the road where I involve a homeless concept,” said Schoolfield. “I’ve already talked about that with my management. I have a song called ‘Human’ that I’m currently working on. It’s about homeless people, the struggle, and why someone might end up in that situation.”

Schoolfield worked in several different genres before settling on country music. He collaborated with other singers as a songwriter and even won a video contest as a hip-hop artist.

“I’ve had some breakthroughs here and there,” said Schoolfield. “The music industry is a difficult thing to get in sometimes. I won a WorldStar Hip Hop competition for $100,000 back in 2019. For me, I just wasn’t sold on doing that type of stuff. I really wanted to do what I wanted to do, not just what could pop off. As a writer, your job is to emulate whatever artist or sound you’re looking for. For me, I wanted to get out of that mindset for my own music.”

The social media platform TikTok has helped break Schoolfield into a wider audience. His zyecash profile has attracted more than 266,000 followers, and his brief videos get overwhelmingly positive responses.

“TikTok has been amazing for me. My followers—I don’t like to call them fans because I hate that idea of the word fans—my people on there treat me so good. They send me things like custom boots and blankets with me and my daughter’s face on it. They buy my plane tickets wherever I need to go, they rent cars for me. They take care of everything for me. They’ve been amazing.”

His online fame has been generated without Schoolfield releasing any music as Zye Ca$h on any of the usual music platforms, a situation he hopes to rectify as soon as he can get into the studio. He is also planning to capitalize on that new fame with a tour when restrictions on live performances are lifted. He made his area début as a country artist this past weekend as an opening act—along with his backup band Two Week’s Notice—for Colt Ford at the Groove Music Hall in Thornburg.

Billie Eilish: People don't know anything about me

Billie Eilish: People don't know anything about me

Demi Lovato reveals what led to their 2018 overdose

Demi Lovato reveals what led to their 2018 overdose

Elizabeth Olsen has secretly been married for months

Elizabeth Olsen has secretly been married for months

Cracker frontman David Lowery comes out of lockdown and into Fredericksburg

Cracker performs at Strangeways Brewing in Fredericksburg on June 27.

'That stage turned out to be my seminary'; Actor Ned Beatty, who died this week, had ties to Virginia theater

Prepare the chili: “The Office” actor who played Kevin will appear at a Norfolk Tides game next week

The chili will be both plentiful and famous next week at Harbor Park. The Tides will celebrate “The Office” with multiple ways for fans to meet and have photos taken with Baumgartner.

Summer is almost here and there’s a certain radiant energy in the air as life is starting to feel a little normal again. And one bright spot c…

This Saturday, communities across the Fredericksburg area will host Juneteenth celebrations.

Ned Beatty, the indelible character actor whose first film role in 1972's "Deliverance" launched him on a long career, has died. He was 83.

We’ve had to say goodbye to some beloved musicians, athletes, actors and more. Here's a look at the stars we've lost so far in 2021, through May.

Zye Ca$h has gotten some recognition for his hip-hop songs, but has recently embraced his local roots and incorporated country into his style.