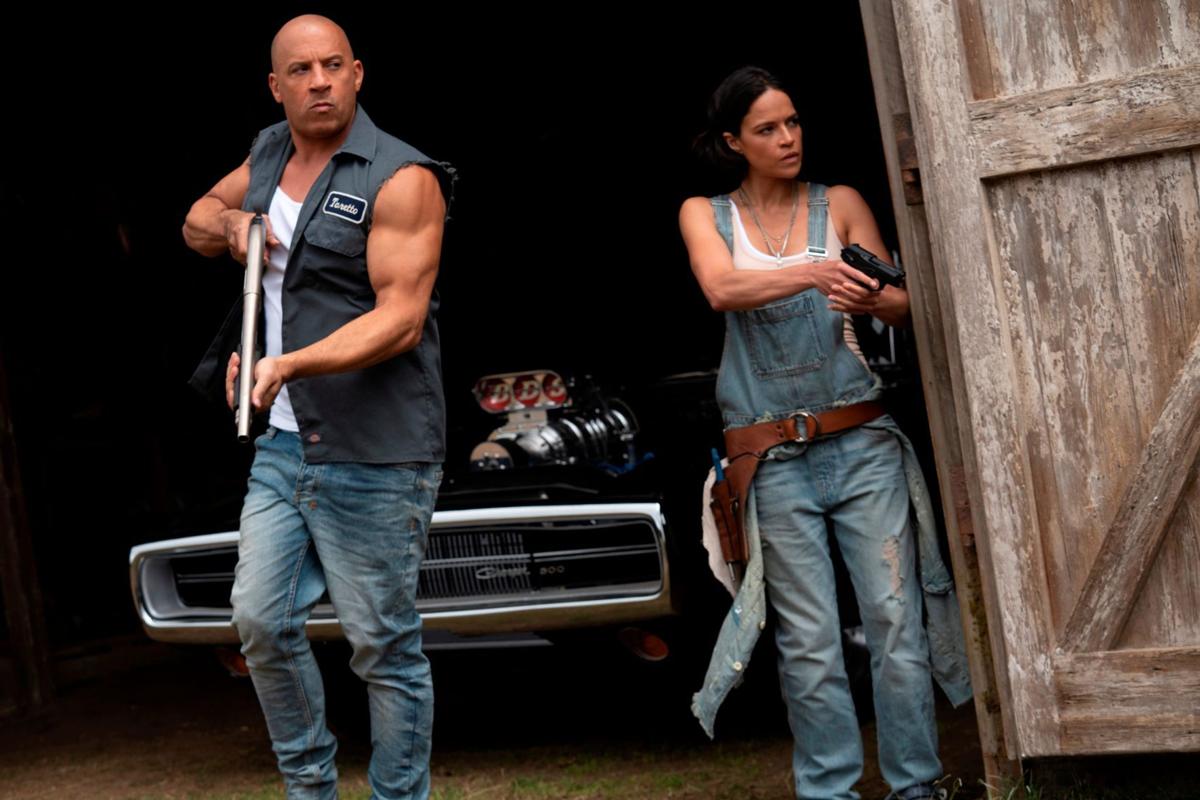 Vin Diesel and Michelle Rodriguez denim it up for ‘F9,’ the ninth installment of the ‘Fast and Furious’ franchise. 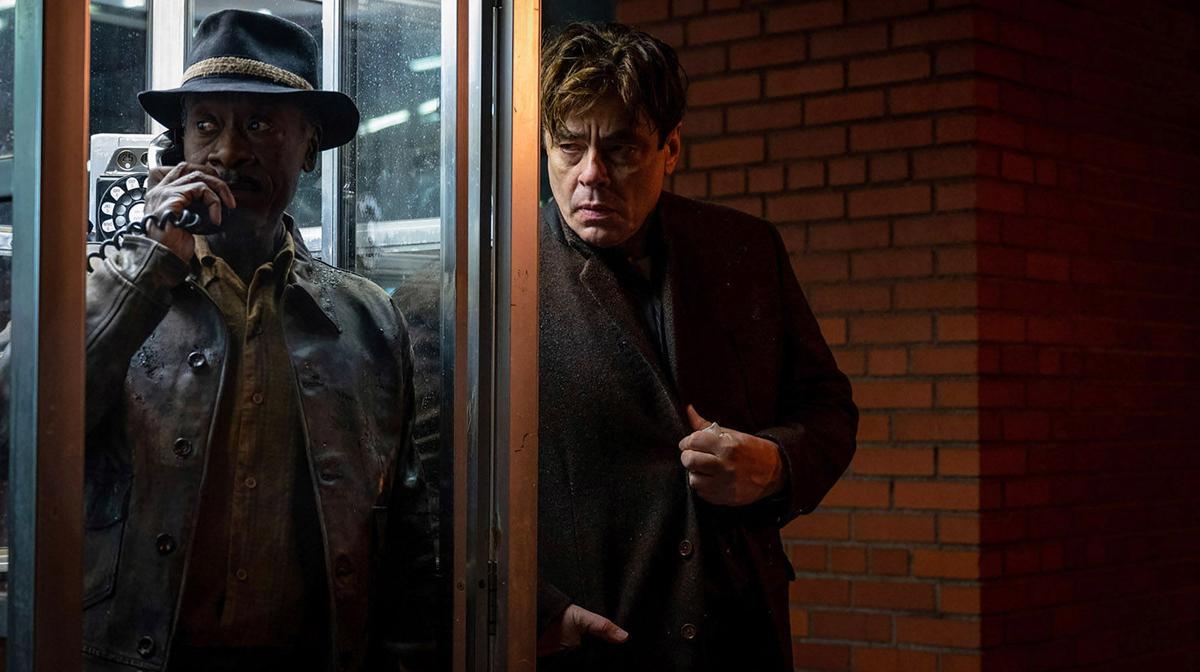 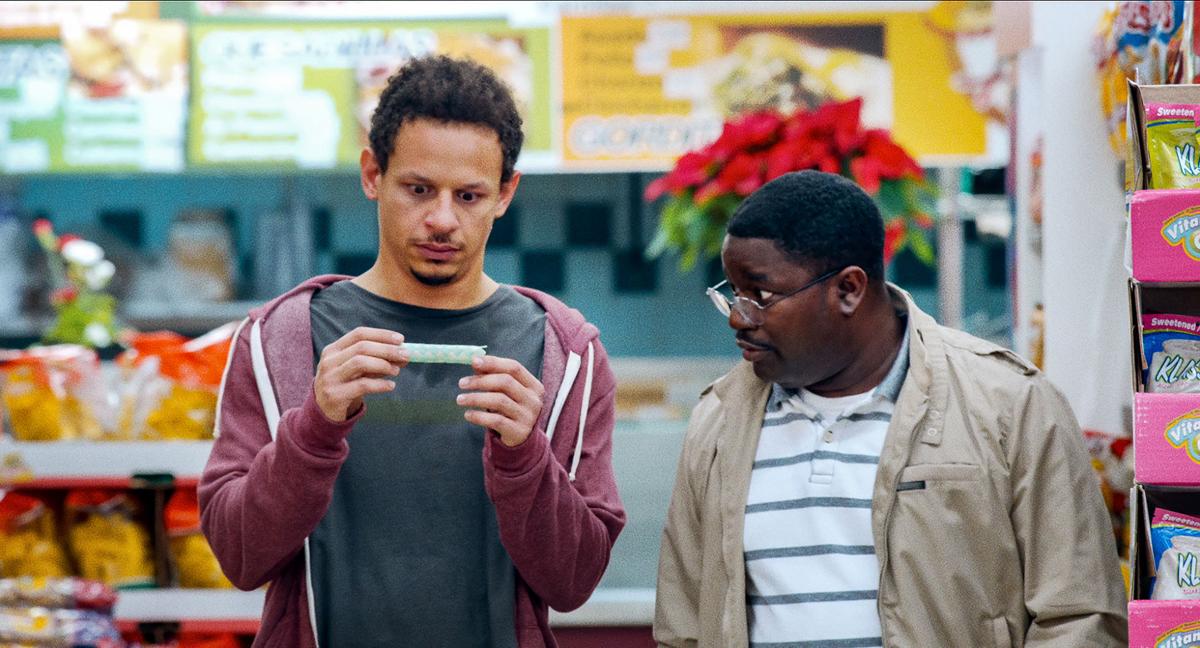 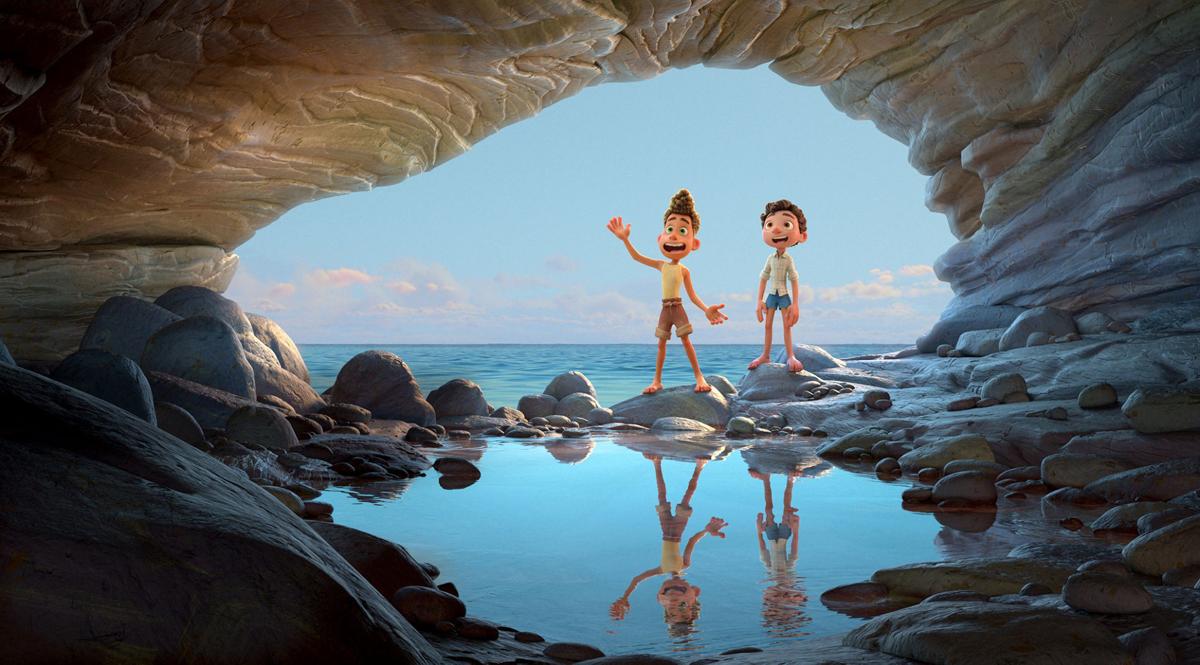 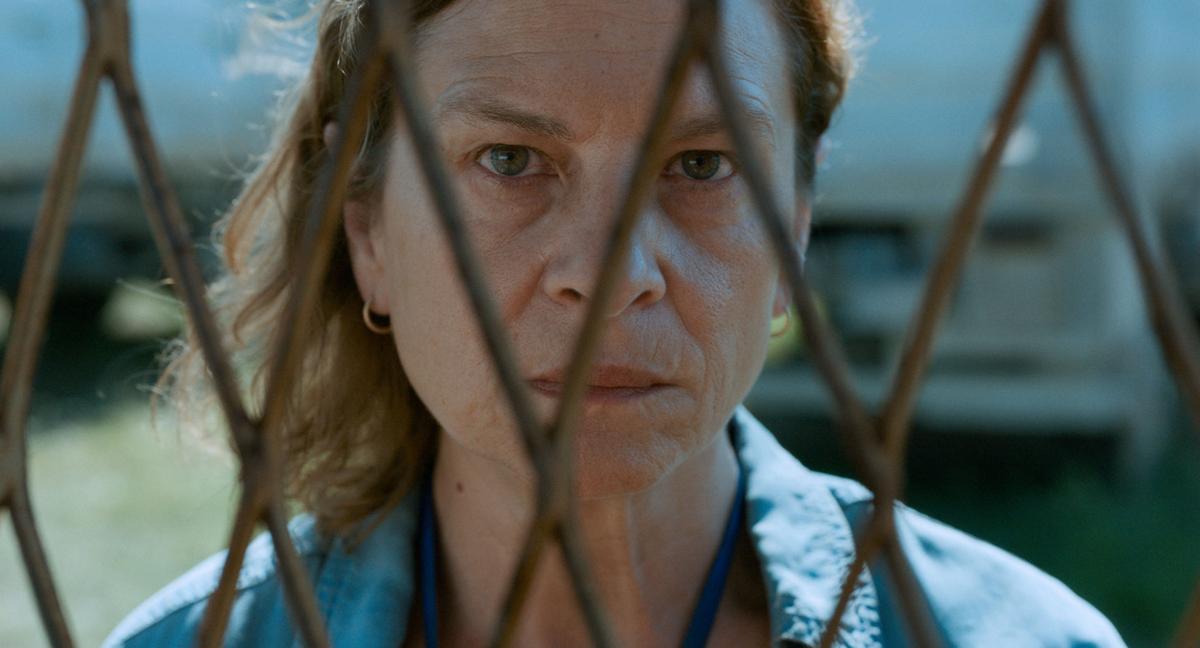 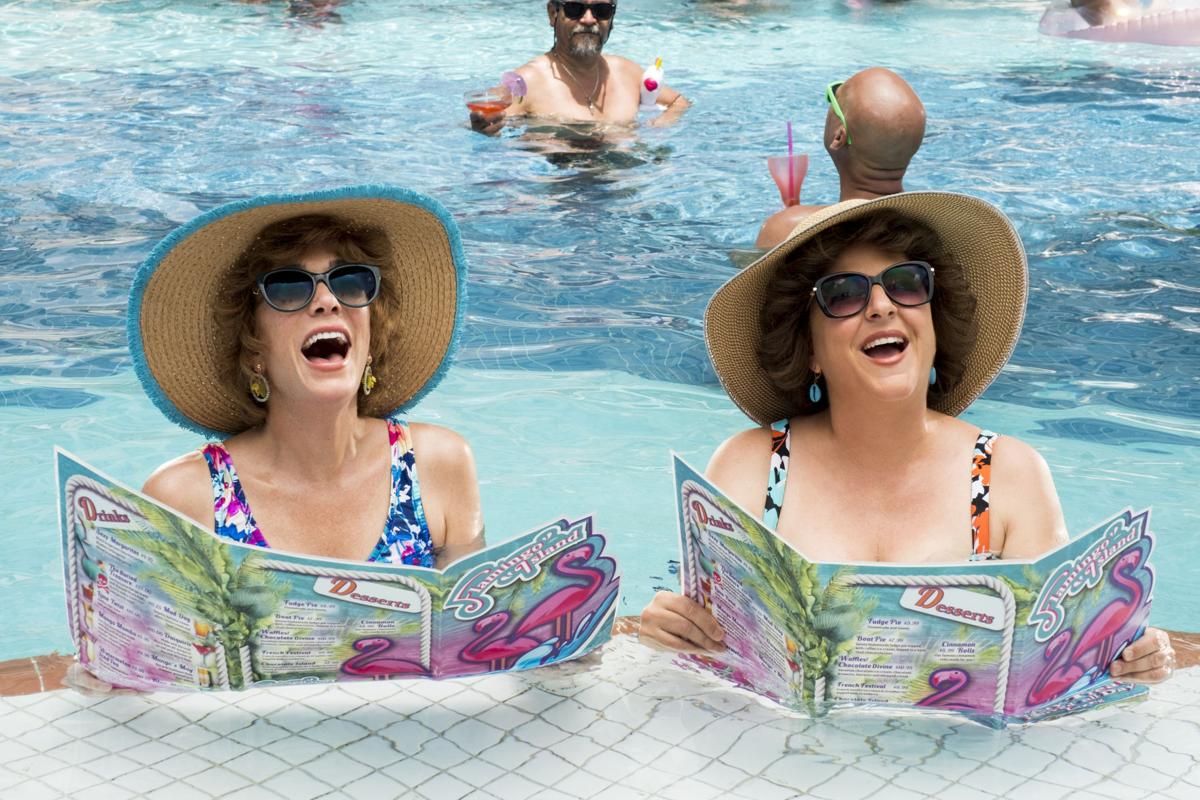 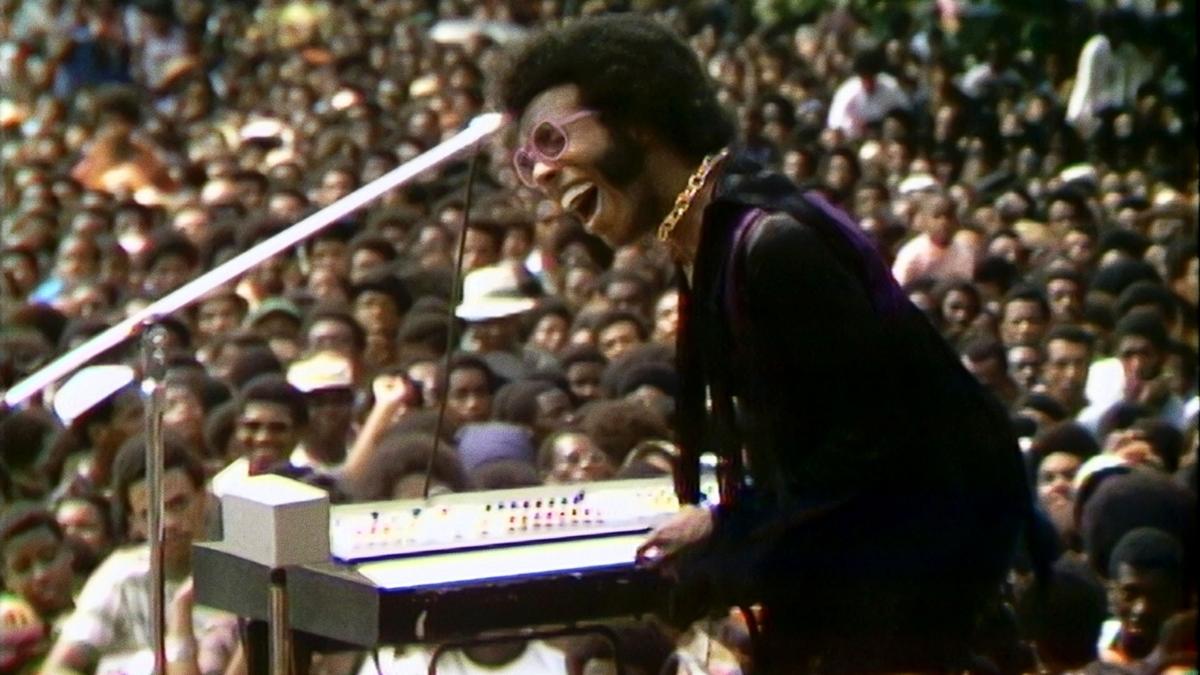 Sly Stone’s performance at the Harlem Cultural Festival is captured in Questlove’s documentary ‘Summer of Soul.” 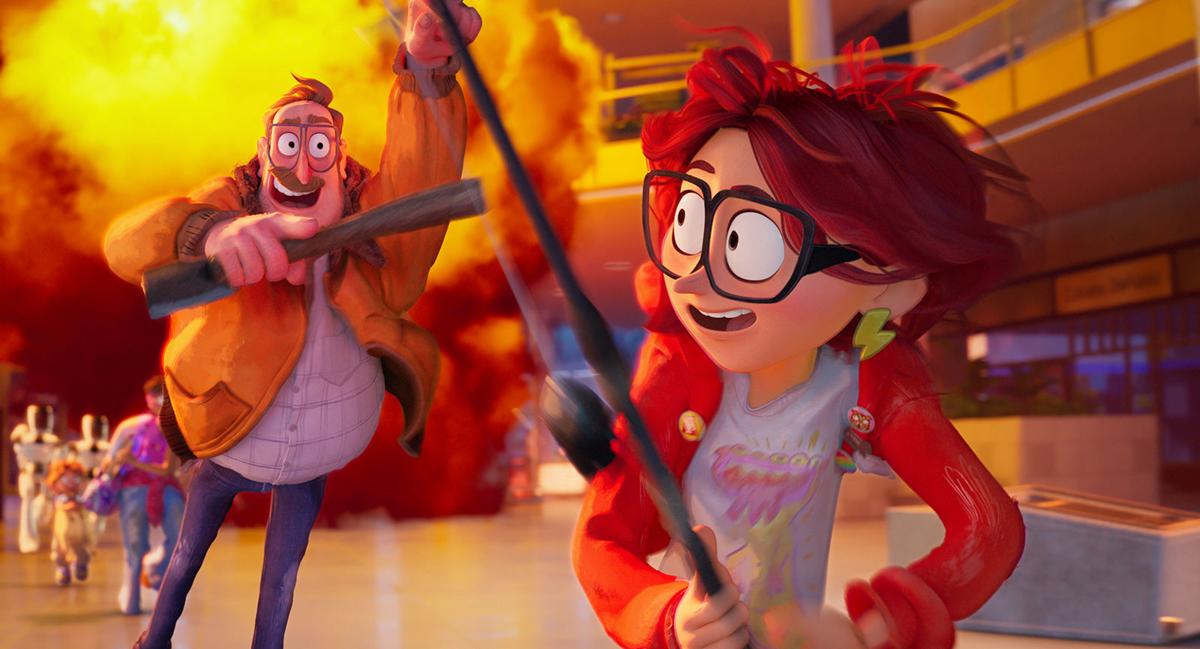 Danny McBride and Abbi Jacobson lend their voices to the charming animated film ‘The Mitchells vs. the Machines.’ 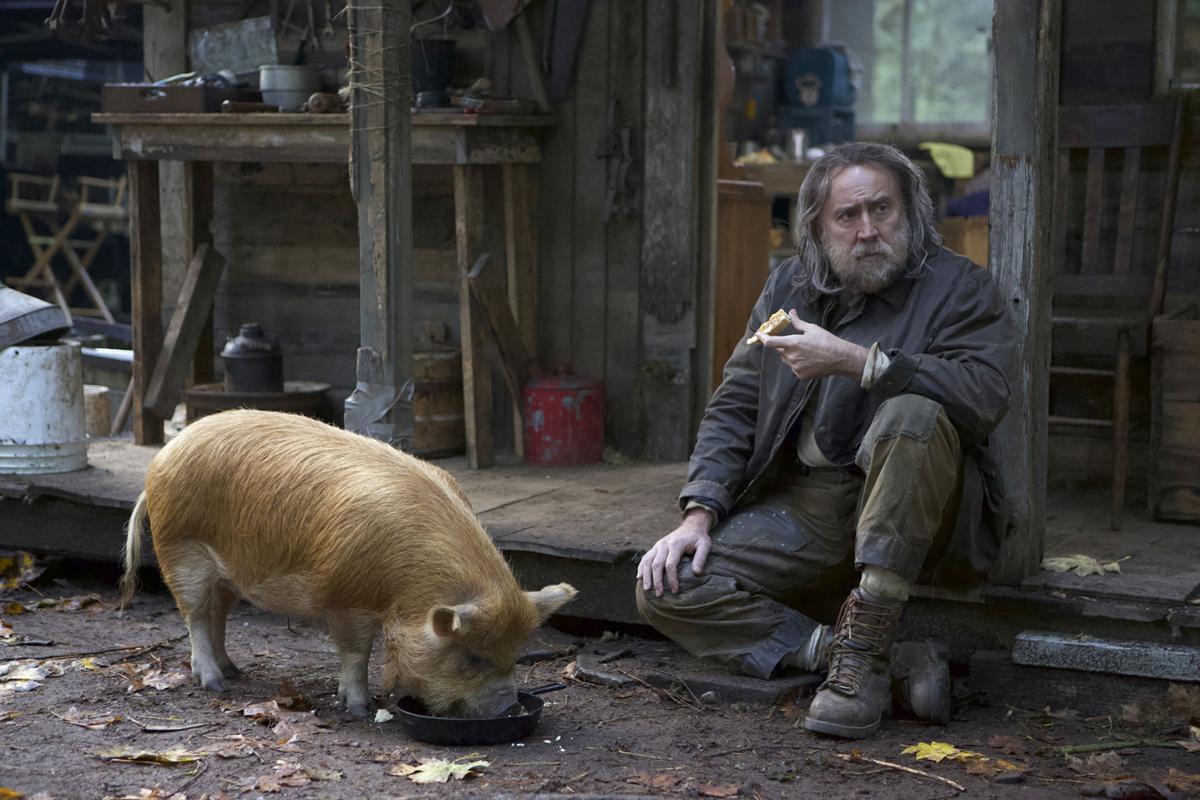 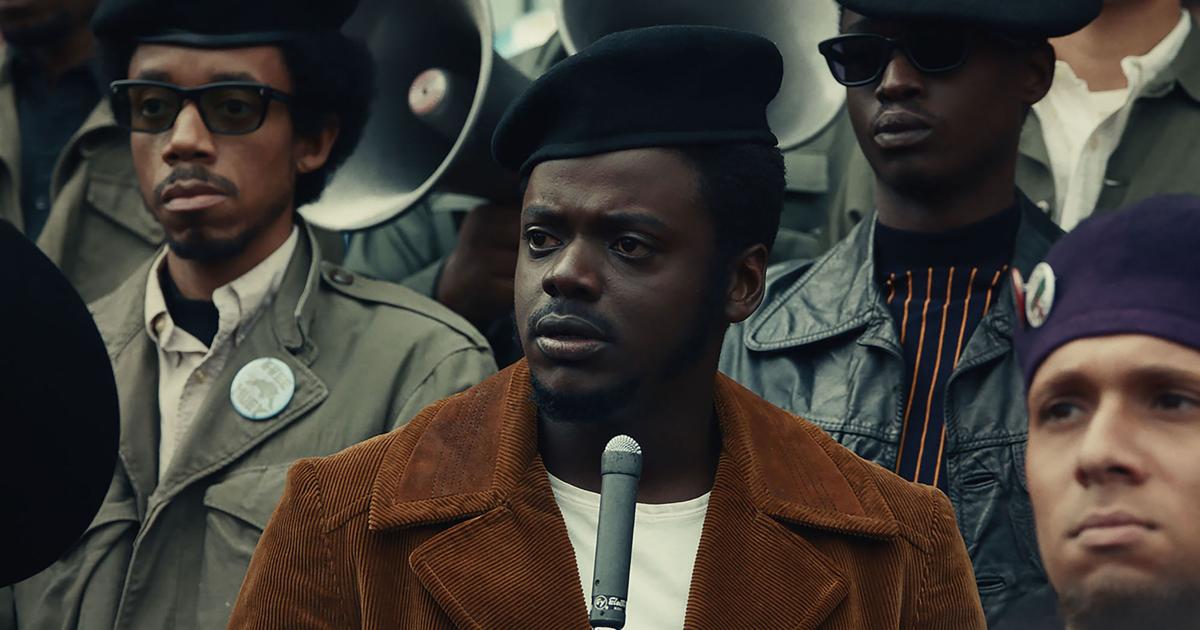 Daniel Kaluuya turned in an Oscar-winning performance as Chairman Fred Hampton in ‘Judas and the Black Messiah.’

After the last year, which left many theaters closed, it’s great to go back to the movies with a giant popcorn and get lost for two hours. Yet even with theaters now open, some of the best movies of the year are also coming directly to streaming services. With movies now back in full force, let’s take a look at 10 of the best films to come out so far this year.

Director Steven Soderbergh always thrives with a good heist film, as he’s shown time and time again with the “Ocean’s Eleven” trilogy and “Logan Lucky.” His latest, “No Sudden Move,” might be his twistiest, most complicated plot yet, but Soderbergh is more than up for the challenge. With an all-star cast that includes Don Cheadle, Benicio del Toro, David Harbour and many more, “No Sudden Move,” a story full of double-crosses and questionable alliances, is some of the most fun the director has had in years. (Available on HBO Max)

In what is essentially an improvised version of “Dumb and Dumber,” best friends Chris and Bud (played by Eric André and Lil Rel Howery, respectively) drive thousands of miles so that Chris can have a shot at love. Yet this plot is just an excuse for a series of pranks with incredible reactions from real people, whether it’s watching André get caught by a gorilla at a zoo, or running away from an escaped inmate, played by Tiffany Haddish. Unlike “Borat” or “Jackass,” “Bad Trip” turns the actual people reacting to these escapades into the true stars of the films, providing some of the most hilarious moments you’ll see in a movie all year. (Available on Netflix)

The communal experience of going into a dark theater and enjoying a ridiculous, over-the-top action film with a bunch of strangers is one that many movie fans missed. Thankfully, this summer has already brought around “F9,” the latest in the increasingly silly, but extremely charming franchise that has only grown more convoluted and insane over the last two decades. Even though this bonkers franchise took cars to space and used magnets to throw cars with ease, this latest “Fast and Furious” film felt like a perfect way to return to the movies. (Currently in theaters)

Set during the Bosnian genocide of 1995, “Quo vadis, Aida?” focuses on the tremendous performance of Jasna Djuricic as Aida, a woman struggling to get her family out of the country safely. Aida knows the true horrors of what is about to happen to the her people, as we watch Aida do everything in her power to save her husband and kids. “Quo vadis, Aida?” becomes an unrelenting story full of dread and terrifying inevitability, as we watch Aida try to find a solution to her appalling situation. Considering just how recently these atrocities occurred makes this story all the more haunting. (Available on Hulu)

Many have said that “Luca” is “lesser Pixar,” since it doesn’t deal with mortality, or have the same emotional weight that has come to define Pixar films over the last few years. But the light-hearted nature of “Luca” is exactly what makes it such a breath of fresh air when compared to recent Pixar films that are constantly pushing the audience toward tears. Telling the story of the friendship of two young boys in Italy—both of whom happen to be sea monsters when in the water—“Luca” is a simple delight. It’s a gorgeous, laid-back story that shows the smaller Pixar films can be just as delightful as the big, heart-wrenching spectacles. (Available on Disney+)

More than a decade after writing the Oscar-nominated screenplay for “Bridesmaids,” Kristen Wiig and Annie Mumolo write and star in this absurd comedy about two best friends going to a Florida resort. But “Barb and Star Go to Vista Del Mar” is far more ridiculous than that, with a story that includes a terrorist plot, multiple musical numbers and Reba McEntire as a water spirit. Wiig and Mumolo’s script is always outrageous and delightfully strange, and Jamie Dornan (of “Fifty Shades of Grey”) as both characters’ love interest matches their weirdness level perfectly. “Barb and Star Go to Vista Del Mar” is easily the craziest and funniest comedy of the year so far. (Available on Hulu)

4. “Summer of Soul (or…, When the Revolution Could Not Be Televised)”

2021 has already been an impressive year for music documentaries, with films like Edgar Wright’s “The Sparks Brothers” and the Tina Turner-focused “Tina” amongst the best movies of the year. Yet it’s Questlove’s directorial début, “Summer of Soul” that impresses most of all, in this story of the forgotten music festival that became known as the “Black Woodstock.” Questlove wisely presents the artists who participated in the festival, the importance of their careers and their involvement with the festival, in addition to an impressive amount of concert footage. He does this all while exploring the cultural, musical and racial dynamics of the late 1960s. “Summer of Soul” is a remarkable doc full of incredible musical performances, but it’s also a look at changing culture and the power of simply being remembered. (Available on Hulu)

3. “The Mitchells vs. the Machines”

Produced by Phil Lord and Christopher Miller of “Spider-Man: Into the Spider-Verse” and “The LEGO Movie” fame, “The Mitchells vs. the Machines” finds the perfect blend of gorgeous animation, nonstop jokes and a surprisingly touching story that has defined the Lord and Miller style. First-time feature director Michael Rianda’s story about a family’s impromptu road trip that happens to occur during a robot uprising smartly handles various family dynamics, while also creating a moving and hilarious animated film that blends 2D and 3D animation in a distinct and beautiful way. The result is one of the most enjoyable and charming animated films of the last decade. (Available on Netflix)

Delicate and intricately considered, “Pig” knows exactly what the audience will think this film is when they hear it’s a movie about angry hermit Nicolas Cage searching for his pet pig. Yet “Pig” subverts every expectation a viewer would have about that concept. Cage gives a deeply moving and meaningful performance that is both understated and overwhelming, as a former cook who must revisit his past in order to find the pet that matters most to him. At its core, Michael Sarnoski’s gorgeously quiet film is a simple tale about the few things that truly matter in our lives, and the deep loves that never quite dissipate from our hearts and minds. Believe it or not, Cage’s film about a pet pig is one of the most beautiful and touching films you’ll see all year. (Currently in theaters in limited release)

1. “Judas and the Black Messiah”

Director Shaka King takes a film that could’ve been a fairly straightforward biopic of Fred Hampton, the former chairman of the Black Panther Party, and turns it into one of the most tense, informative, and brilliantly assured films of the past year. Centered around an Oscar-winning performance by Daniel Kaluuya as Hampton, and Bill O’Neal (an Oscar-nominated performance by Lakeith Stanfield), the man who would infiltrate the party and lead to the assassination of Hampton, “Judas and the Black Messiah” is perfectly constructed and compelling right from its opening moments. With gorgeous cinematography by Sean Bobbitt, pitch-perfect writing and directing, and a cast of great actors doing some of their best work, “Judas and the Black Messiah” is easily the best film of the year so far, and could end up being the best film of 2021 when all is said and done. (Available on HBO Max)

The decision, a victory for Angelina Jolie over Brad Pitt, means that the custody fight over their five children, which was nearing an end, could be starting over.

Vin Diesel and Michelle Rodriguez denim it up for ‘F9,’ the ninth installment of the ‘Fast and Furious’ franchise.

Sly Stone’s performance at the Harlem Cultural Festival is captured in Questlove’s documentary ‘Summer of Soul.”

Danny McBride and Abbi Jacobson lend their voices to the charming animated film ‘The Mitchells vs. the Machines.’

Daniel Kaluuya turned in an Oscar-winning performance as Chairman Fred Hampton in ‘Judas and the Black Messiah.’