Aspiring musician Miguel journeys through the Land of the Dead in search of his idol, Ernesto de la Cruz, in ‘Coco.’ (Pixar)

Miguel (with his Abuelita) learns about his family’s complicated history in ‘Coco.’ (2017) 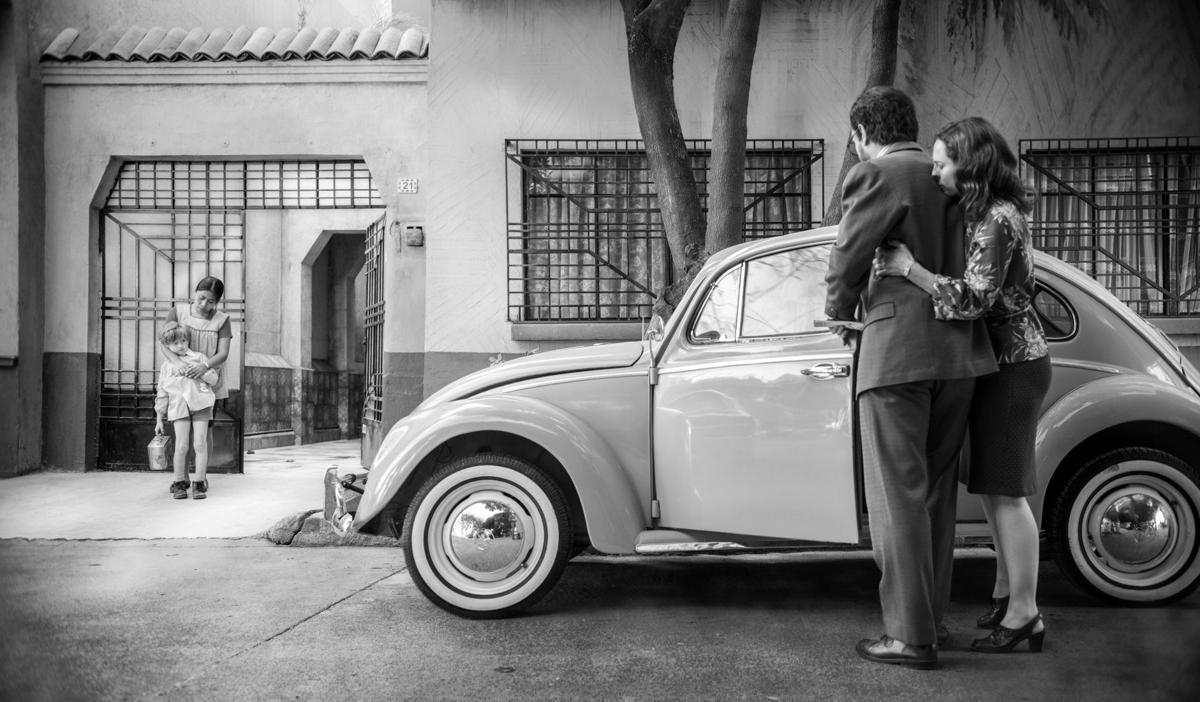 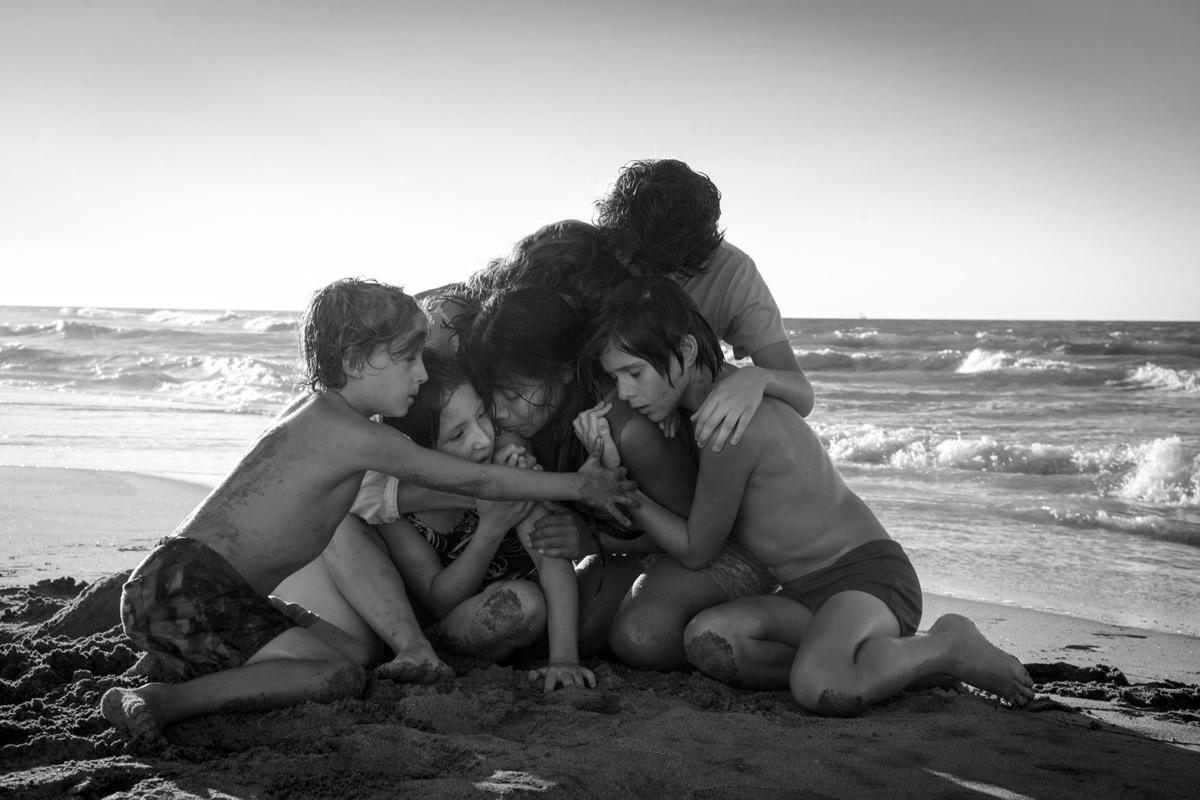 One of the many moving sequences with Cleo and the family she cares for in “Roma” takes place on a beach. 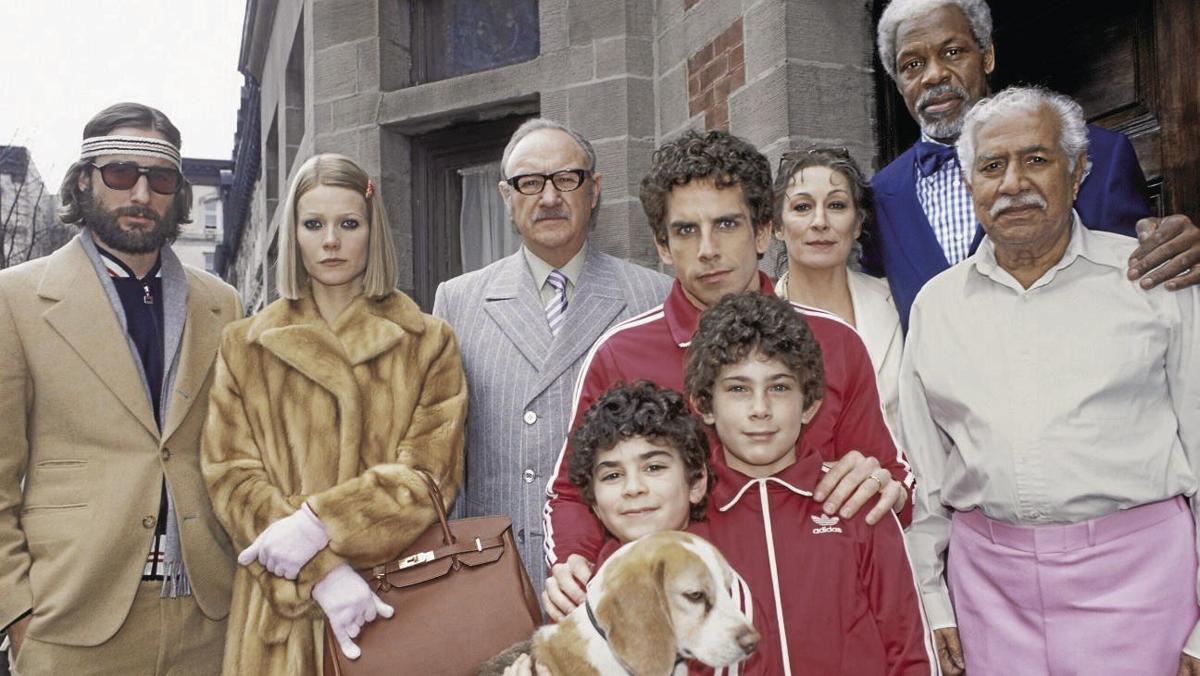 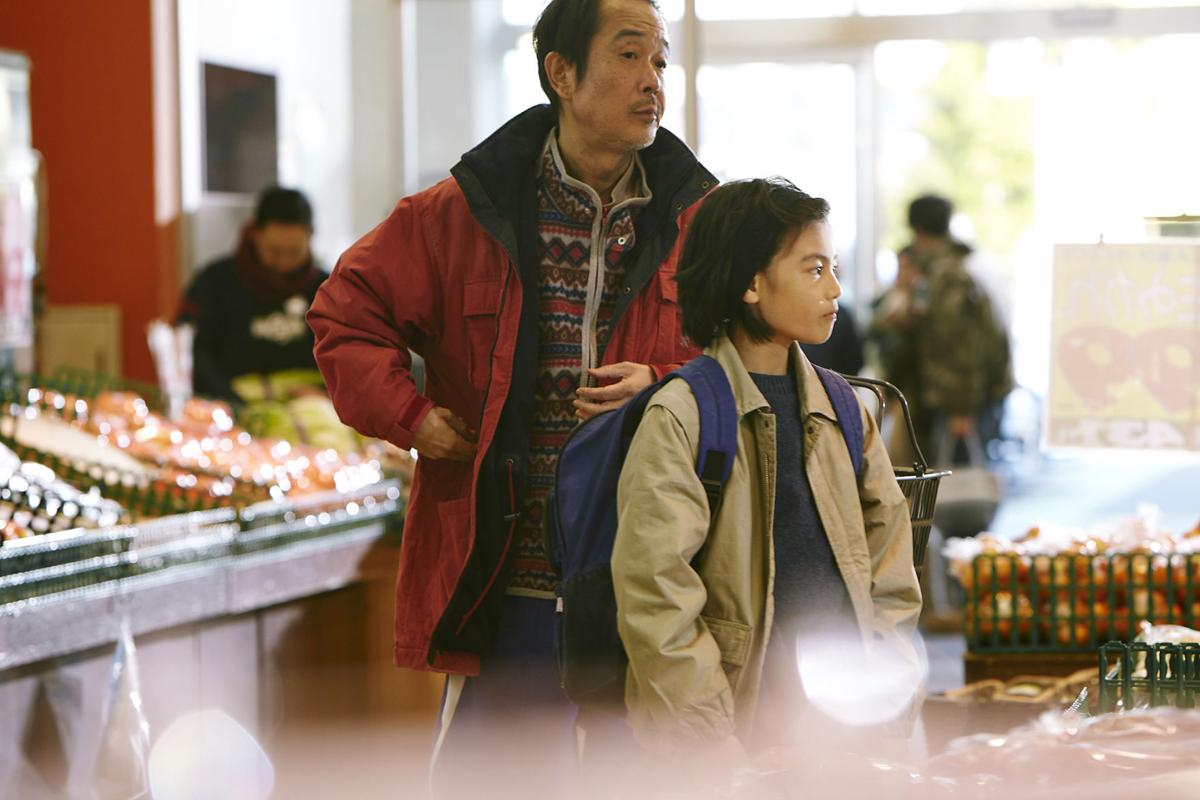 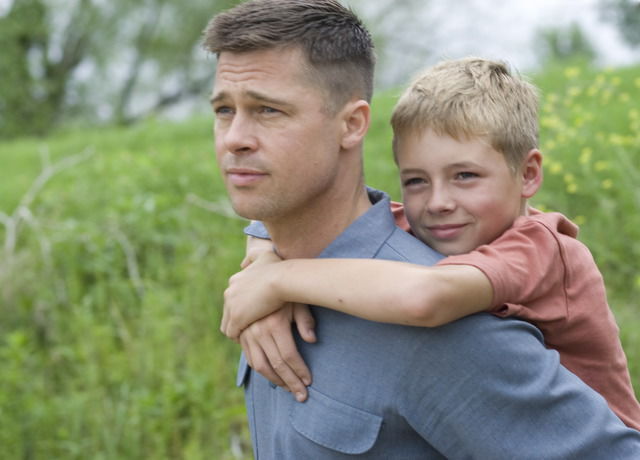 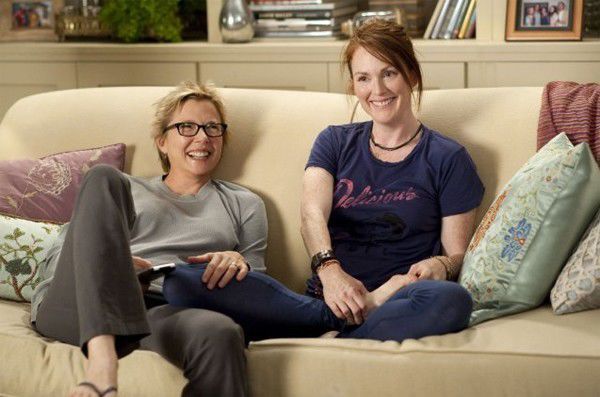 This Thanksgiving is completely different than any other many of us have ever experienced. While some are lucky enough to spend the day with their families, others are separated due to the pandemic, staying apart for the safety of themselves and their loved ones. But no matter how you spend Thanksgiving, here are some great movie families that you can celebrate the holiday with.

Pixar’s take on the Mexican Day of the Dead holiday provides one of the animation studio’s best looks at family dynamics. This story of Miguel and his desire to become a famous musician takes him to the Land of the Dead, where he not only learns the power of music, but also the intricate history of his family. Director Lee Unkrich makes “Coco” a vibrant, beautiful story with surprises throughout, and one of Pixar’s best films of the last decade. (Available on Disney+)

Arguably Spike Lee’s most personal film, “Crooklyn” was written by him and two of his siblings and is based on their youth growing up in Brooklyn. Lee brings an understandable amount of warmth and nostalgia to this rowdy Carmichael family and their problems, which include terminal illnesses and financial troubles. Lee’s take on the dramas of childhood and the difficulties of a large family is darker than you’d expect from a film that started as a script for a Nickelodeon series, but Lee fills the tribulations of this family with love and appreciation for one another. (Available on Peacock)

Extremely weird, disturbing, yet darkly funny, “Dogtooth” is perhaps the weirdest family you’ll ever see onscreen. From “The Favourite” director Yorgos Lanthimos, “Dogtooth” follows a family in which the parents strive to control every aspect of their adult children. They can never leave the premises, they know nothing of the outside world, and their parents have even intentionally taught them the wrong definitions for certain words to isolate them if they ever do escape. At one point, a cat lands in their yard, an unknown creature that terrifies them, and a prohibited viewing of “Flashdance” causes one of the strangest dance sequences ever. “Dogtooth” is unsettling and certainly not for everyone, but it’s unlike anything you’ll ever see. (Available on Kanopy)

Everyone has family problems, even superheroes. Not only did Pixar’s “The Incredibles” prove that animated superhero films could be just as exciting as live-action ones, they did so with one of the greatest movie families ever. This tale of a family becoming stronger as a unit and defeating supervillains along the way is an exciting and lively action film with fantastic voice acting that is perfect for any family, superhero or otherwise. (Available on Disney+)

“The Kids Are All Right”

Nic and Jules (Annette Bening and Julianne Moore) are a couple who have raised their two kids, Laser (Josh Hutcherson) and Joni (Mia Wasikowska), with relative ease for 18 years. Yet when Joni turns 18, she decides to seek out the donor (Mark Ruffalo) who made her possible. “The Kids Are All Right” is a delightfully modern look at family, one that shows how accepting, unexpected and ever-shifting the concept of family can be. (Available on HBO Max and Peacock)

Easily the most touching film from the Coen brothers, “Raising Arizona” starts as a love story between a police officer (Holly Hunter) and a criminal (Nicolas Cage), who decide to kidnap a baby when they learn they can’t conceive. “Raising Arizona” feels like a slapstick comedy, with crazy editing and insane characters, yet that’s all wrapped around the film’s gigantic heart, and winning performances by Hunter and Cage. “Raising Arizona” is about as broad comedically as the Coen brothers have ever gone, but it’s also one of their sweetest, most charming tales. (Available on HBO Max)

Writer–director Alfonso Cuarón made “Roma” as a love letter to the housekeeper who helped raise him and his family. “Roma” centers around a mother raising her four children, while her husband is often away for long periods of time. Housekeeper Cleo (played by the Oscar-nominated Yalitza Aparicio) does her best to help the family any way she can, even if they don’t always realize just how important Cleo is to holding the family together. Shot in breathtaking black-and-white, Cuarón does Cleo justice, a person just as much a part of his family as anyone else, even if she’s not related by blood. (Available on Netflix)

Sometimes the family that we need is the family that we find. Such is the case in the beautiful Japanese drama “Shoplifters,” about a poor group of strangers who have united together to form their own family and help them survive. The family takes in a young child after finding her locked out of her house and abused, and teaches her how to shoplift in order to get by. Yet the bonds that are created within this makeshift family are just as strong as any other movie family, as they’ve chosen each other in their difficult, solitary lives. “Shoplifters” is a staggering and sweet look at what family truly means. (Available on Hulu)

Writer–director Wes Anderson’s filmography is full of unusual, complicated families, yet the Tenenbaums is easily his best. Royal Tenenbaum (Gene Hackman) reunites his family using lies and deception, yet when his three kids—played by Ben Stiller, Gwyneth Paltrow and Luke Wilson—return to their childhood home, old wounds start to come out as they begin to finally learn who each other really is. “The Royal Tenenbaums” is deeply hilarious and slyly moving, a career peak for all involved, and a wonderful example of how families evolve and grow over the years. (Available on Prime Video)

“The Tree of Life”

Terrence Malick’s tremendously ambitious film shows the history of families since the beginning of time. “The Tree of Life” mostly focuses on the relationship of Mr. O’Brien (Brad Pitt) and his tumultuous relationship with his son, Jack. Yet Malick’s epic tale jumps millions of years to the past, and far into the future, showing how much the dynamics of family haven’t truly changed that much over time. “The Tree of Life” is an overwhelming, sometimes confounding, and gorgeously shot masterpiece. (Available on HBO Max)

“We Need to Talk About Kevin”

Family isn’t always easy, and that’s particularly true in Lynne Ramsay’s “We Need to Talk About Kevin.” Right from the beginning, Eva (Tilda Swinton) worries that there’s something sinister about her son, Kevin (a pre-Flash Ezra Miller). Even as a child, there seems to be something off with Kevin, especially in his relationship with his mother. “We Need to Talk About Kevin” shows Eva looking back at the bond between mother and son after Kevin has committed a horrible act she feels she saw coming. Yet despite Kevin’s monstrous actions, family is still family in this dark drama. (Available on Prime Video, The Criterion Channel, Hulu and Kanopy)

New this week to TV, streaming and more: 'MLK/FBI,' Why Don't We and 'Prodigal Son'

Here's a look at what's arriving on TV, streaming services and music platforms this week.

The 100 worst comedies of all time

It's been said that anything worth doing is worth doing badly — and comedy is no exception. Here's a look at the worst comedies of all time, according to IMDb and Metacritic.

"Promising Young Woman" film ends like many thrillers, and should have you talking for days. And Mulligan’s performance is the key to everything. She’s an obvious heir apparent to Glenn Close.

Five women — Frances McDormand, Viola Davis, Sophia Loren, Carey Mulligan and Vanessa Kirby — have risen to the top with performances that go much deeper than those of many of Streep’s previous challengers.

DVD REVIEW: Indie film 'The Climb' works for its excellence

This one is worth the effort. It could even help explain why you hang on to people who, at some point, took a different path in life.

Aspiring musician Miguel journeys through the Land of the Dead in search of his idol, Ernesto de la Cruz, in ‘Coco.’ (Pixar)

Miguel (with his Abuelita) learns about his family’s complicated history in ‘Coco.’ (2017)

One of the many moving sequences with Cleo and the family she cares for in “Roma” takes place on a beach.