In ‘Soul,’ a middle school band teacher finds himself in the Great Before, where new souls get their personalities before they go to Earth. 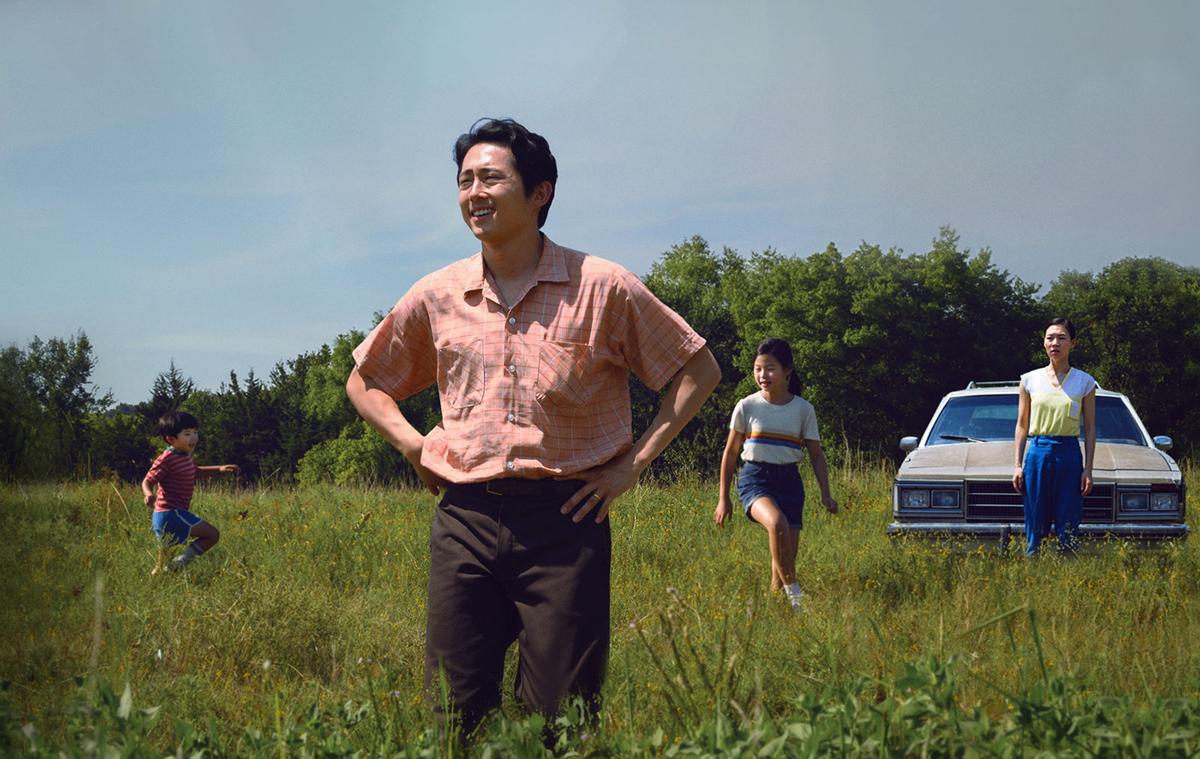 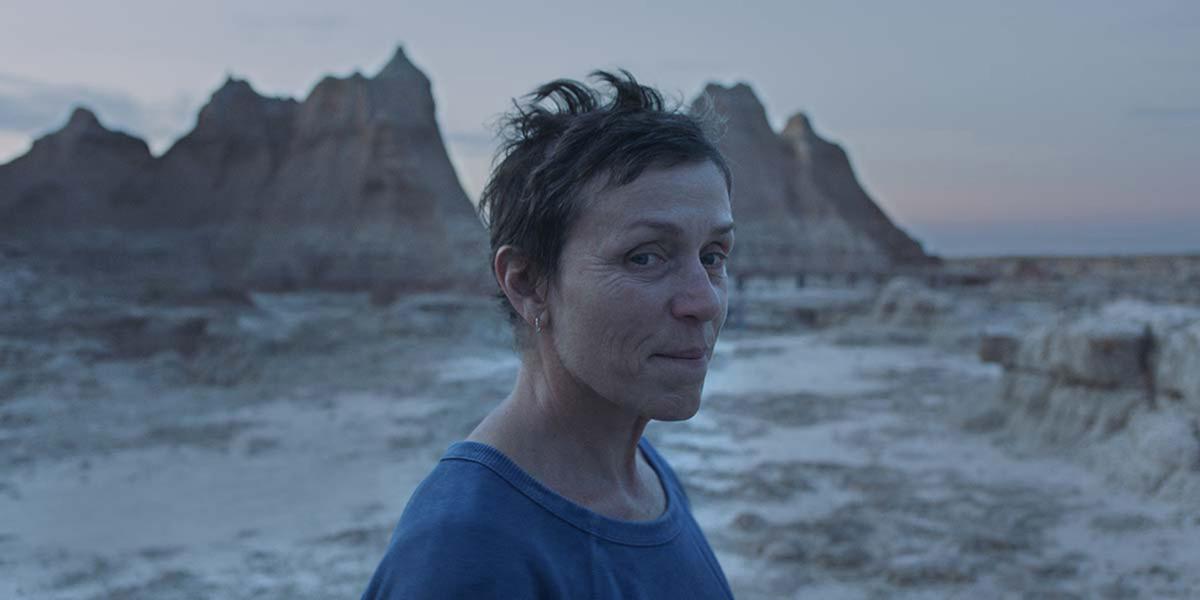 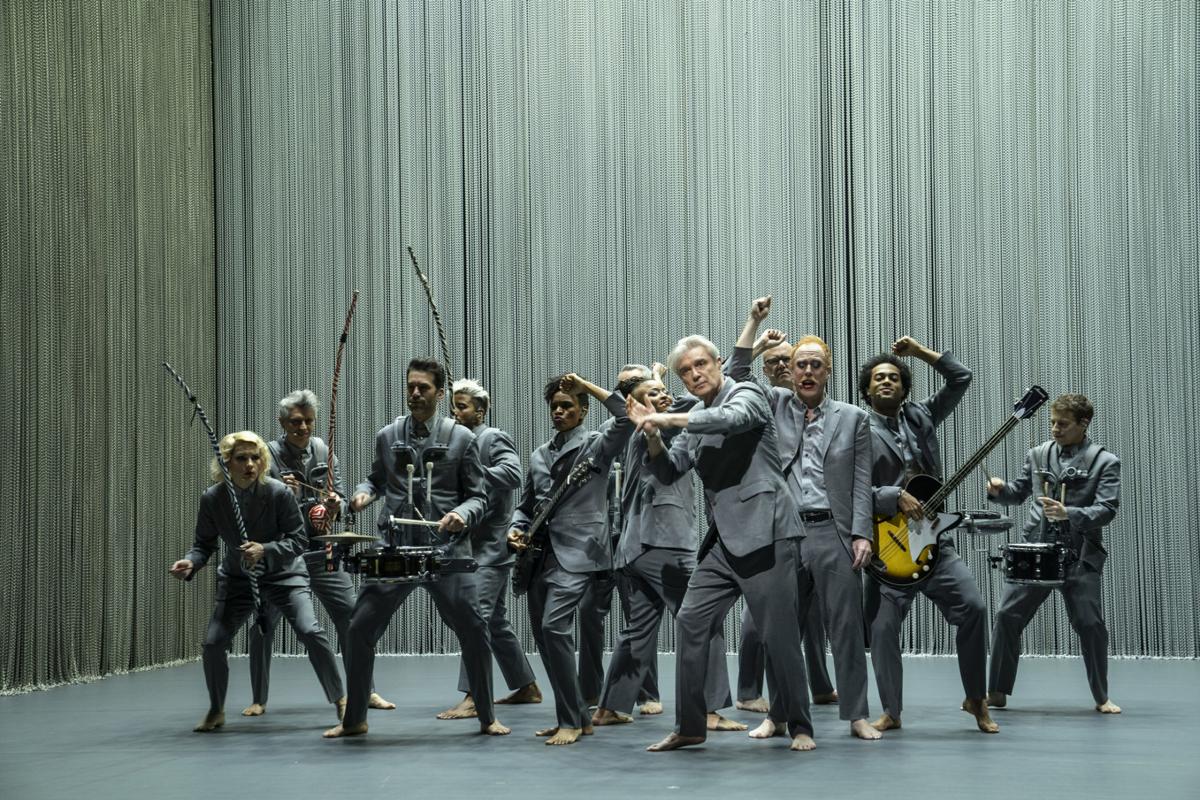 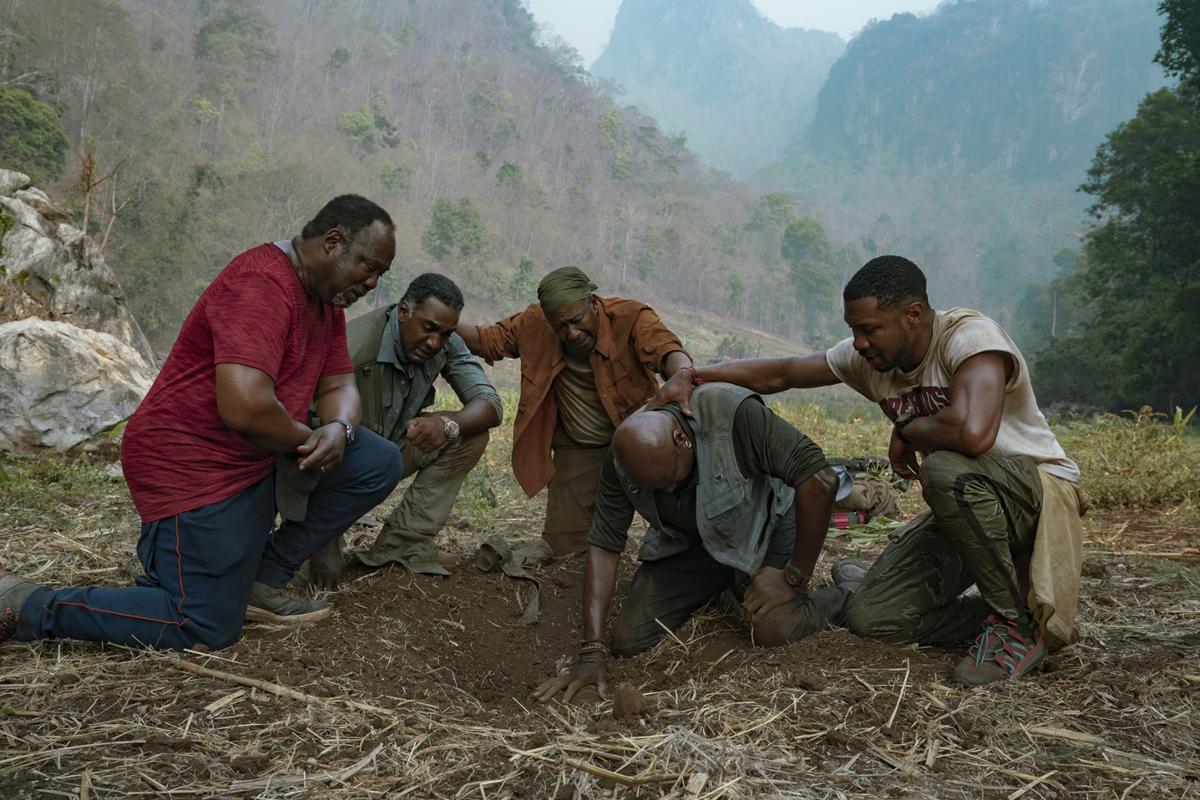 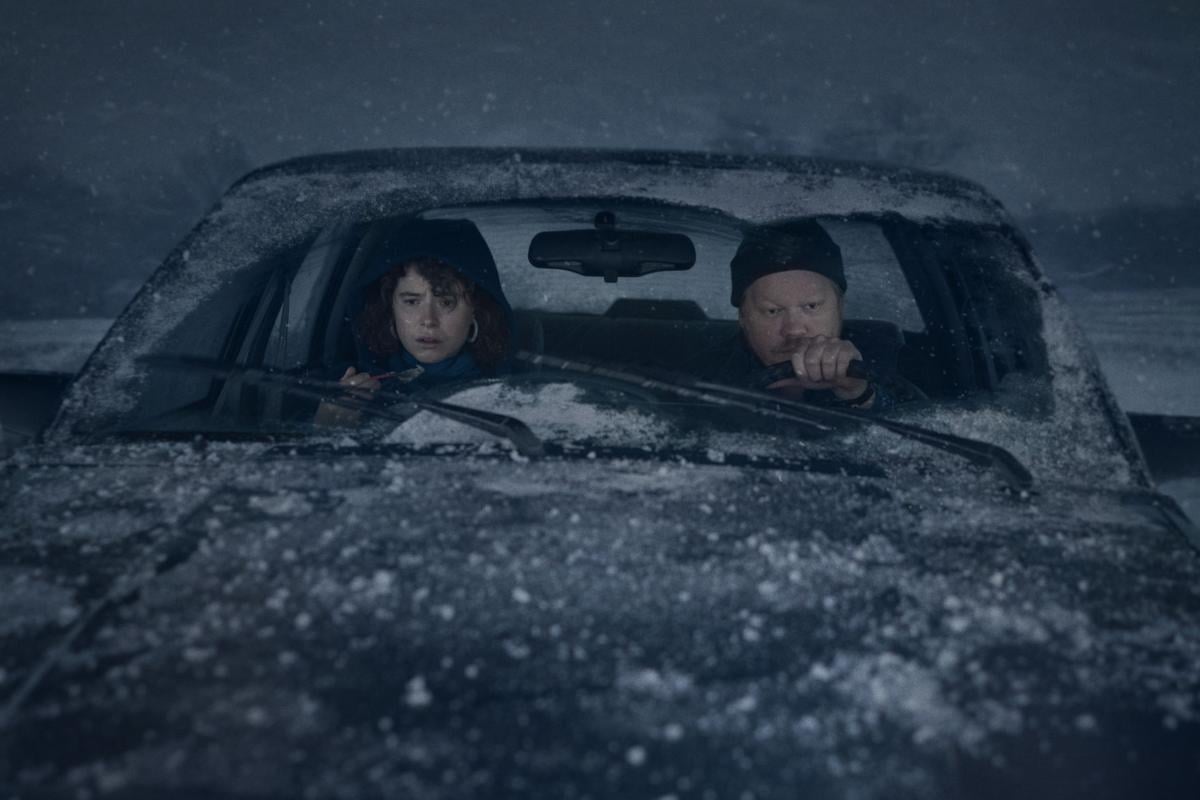 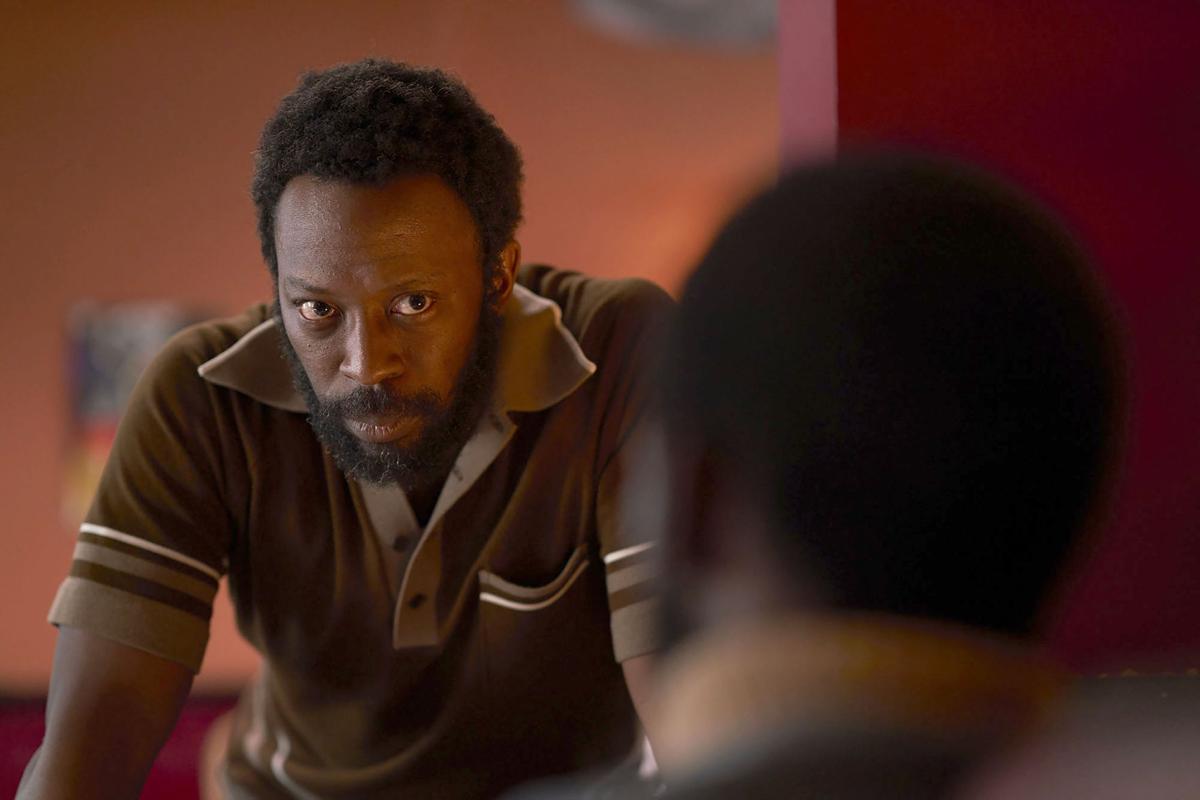 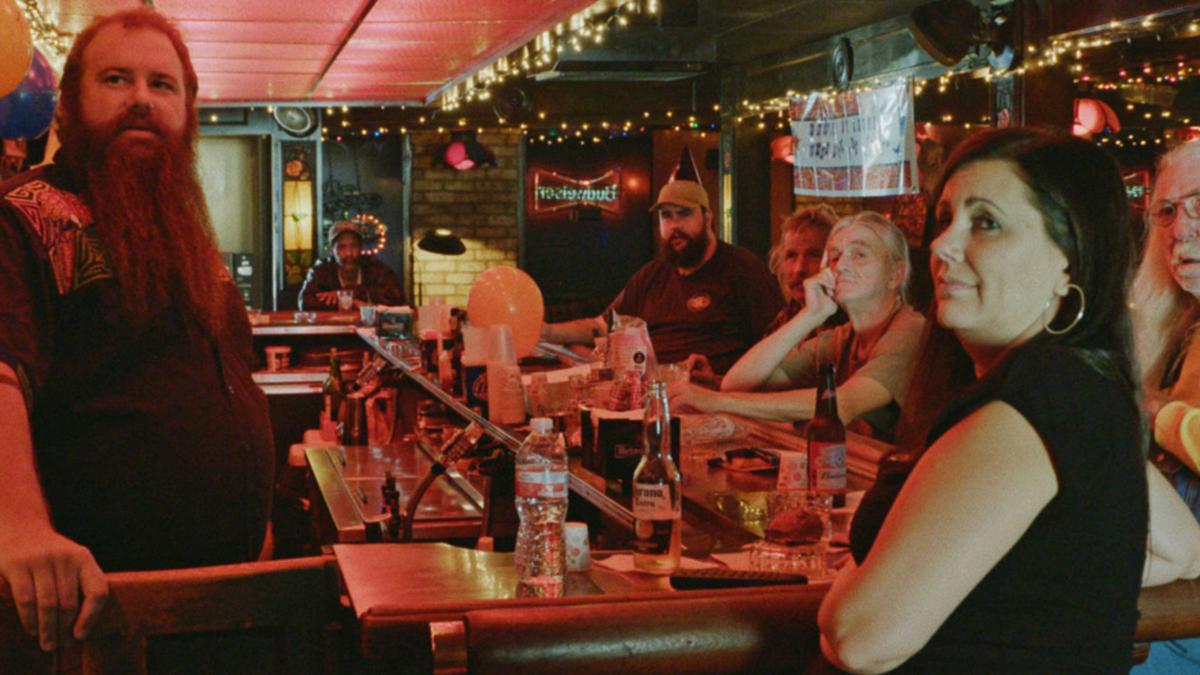 A scene from the bar in “Bloody Nose, Empty Pockets.”

Even though theaters have been closed for the majority of 2020, this has still been a fantastic year for movies. With many studios releasing their films through streaming sites, or making them available to rent online, not only are great films still coming out, but they’re even more accessible than ever. As this year comes to a close, let’s take a look at the 10 best films of 2020.

The first of five films released this year from writer–director Steve McQueen, “Mangrove” is a true story split into two distinct parts. The first follows Frank Crichlow (an understated Shaun Parkes), the Black owner of the Mangrove restaurant in west London, whose business constantly gets raided by police with no probable cause. After a peaceful protest leads to the injuring and arrest of nine men and women—known as the Mangrove Nine—the film becomes an enthralling courtroom drama, with these people fighting for the simple hope to exist. McQueen’s series of films—called “Small Axe”—showcases the lives of West Indian immigrants in London through the 1960s and 1970s, but it’s “Mangrove,” with its rightful anger and fighting of the power that shines brightest among this great anthology. (Streaming on Amazon Prime Video)

Talking Heads’ lead singer David Byrne crafted maybe the greatest music performance film of all-time with 1984’s “Stop Making Sense,” so his follow-up, “David Byrne’s American Utopia,” had a lot to live up to. To capture his Broadway show, Byrne enlists director Spike Lee, who always knows the best place to put the camera for this performance, and even adds his own flair to the most powerful segments. The choreography is odd and charming, as this group plays through Byrne’s library of songs, but it’s Byrne’s simple moments of talking to the audience about his fear for the future that makes this feel like another great masterpiece from him. (Streaming on HBO Max)

2020 has been a year of learning how to live in a completely different way than what we’ve come to expect. That feeling of loss and change comes through in “Sound of Metal,” as drummer Ruben (Riz Ahmed) loses his hearing and must adapt to his life without music. Ahmed gives a tremendous performance, and the impeccable sound design allows the audience to share in Ruben’s plight. “Sound of Metal” shows the beauty in the unexpected, and how moving forward instead of relying on the past can be a gift in disguise. (Streaming on Amazon Prime Video)

One of the greatest American films of 2020, “Minari” focuses on a Korean family struggling to obtain the American Dream. Jacob Yi, the father, played by Steven Yeun, moves his family from California to a small farm in Arkansas in hopes of making their life better. Much of “Minari” is seen though the eyes of 7-year-old David, as he watches his parents fight over this change, and as he learns to live with his Korean grandmother. “Minari” is warm, heartbreaking and hilarious in equal measure, a film full of tribulations and hope, as the Yi family tries to make their dreams come true in this new environment. (Opening wide in theaters Feb. 12)

In what might be Spike Lee’s most sprawling and ambitious film yet, “Da 5 Bloods” centers around a group of Vietnam veterans who return to the country in order to find a treasure and bury their old friend. Lee can often bite off more than he can chew in his films, but “Da 5 Bloods” is restrained, exciting and layered in ways that show Lee is only improving as a filmmaker. Having turned 63 this year, Lee made two of his best feature-length films in 2020, and proved he’s still as full of surprises as ever. (Streaming on Netflix)

Simple, but elegantly told, “Nomadland” is the story of Fern (Frances McDormand), a woman who lost everything in the recession and now travels the United States in her van. Writer–director Chloé Zhao combines professional actors with those who have lived similar lives to Fern, seamlessly blending the two as a way for these people to tell their own story as well. With some of the best cinematography and performances of the year and a breathtaking score, “Nomadland” is minimalistic, but overwhelming in presenting Fern’s journey to capture her own interpretation of home. (Opening wide in theaters Feb. 19)

Unlike any other film this year, “Bloody Nose, Empty Pockets” is kind of a documentary, but also not entirely. While the film purports to be the last operating day for a Las Vegas bar, directors Turner Ross and Bill Ross IV collected various people they had met in other bars, put them into one bar, let the alcohol flow and filmed. The result is always engaging and fascinating to behold, a strange combination of reality and fiction. But in this odd amalgamation, “Bloody Nose, Empty Pockets” is wild, boisterous and tragic, as the closing of this bar means the end of the connections these people have made, forcing themselves to start over somewhere new. (Available to rent on video-on-demand services)

Arguably the most confounding and mind-bending films of 2020, “I’m Thinking of Ending Things” shows a young woman (Jessie Buckley) going to meet the parents of her boyfriend (Jesse Plemons), even though she’s thinking of breaking it off with him. What seems like a fairly standard awkward meeting becomes a journey through a person’s past, present and future, the choices that were made along the way, and the regrets that can haunt us for our entire life. From writer–director Charlie Kaufman, who made “Being John Malkovich” and “Eternal Sunshine of the Spotless Mind,” “I’m Thinking of Ending Things” is a bizarre journey that is both baffling and striking. (Streaming on Netflix)

Don’t let the name fool you, “S***house” is about as endearing a film to come out this year. Written, directed, edited and starring Cooper Raiff, “S***house” is the story of Alex, a college freshman who is struggling to adapt to his new surroundings. One night, Alex literally gives college the old college try by going to a party, where he meets his RA Maggie, played by Dylan Gelula. The two hit it off and spend the night hanging out and learning about each other, as Alex questions whether college is truly right for him. “S***house” is immensely earnest, personal and relatable, with every moment feeling genuine and honest. It’s one of the best low-budget films in years. (Available to rent on video-on-demand services)

It’s no surprise at this point that Pixar films will undoubtedly make their audience cry. But Pete Docter, the man behind such masterpieces as “Monsters Inc.,” “Up” and “Inside Out,” knows not just how to get the tear ducts working, but to get the audience to question how they live their lives, the purpose of the world around us and the beauty in the simplicity of life. “Soul”’s story of a jazz musician who unexpectedly dies before his big break and fights to get back to his old life, is vibrant and moving, full of overwhelming music and ideas. “Soul” is Pixar’s best original concept in years, and a film that could truly be life-changing, inspiring the viewer to enjoy every day that they’ve been given. (Streaming on Disney +)

The 100 worst comedies of all time

It's been said that anything worth doing is worth doing badly — and comedy is no exception. Here's a look at the worst comedies of all time, according to IMDb and Metacritic.

New this week to TV, streaming and more: 'MLK/FBI,' Why Don't We and 'Prodigal Son'

Here's a look at what's arriving on TV, streaming services and music platforms this week.

"Promising Young Woman" film ends like many thrillers, and should have you talking for days. And Mulligan’s performance is the key to everything. She’s an obvious heir apparent to Glenn Close.

DVD REVIEW: Indie film 'The Climb' works for its excellence

This one is worth the effort. It could even help explain why you hang on to people who, at some point, took a different path in life.

Five women — Frances McDormand, Viola Davis, Sophia Loren, Carey Mulligan and Vanessa Kirby — have risen to the top with performances that go much deeper than those of many of Streep’s previous challengers.

In ‘Soul,’ a middle school band teacher finds himself in the Great Before, where new souls get their personalities before they go to Earth.

A scene from the bar in “Bloody Nose, Empty Pockets.”