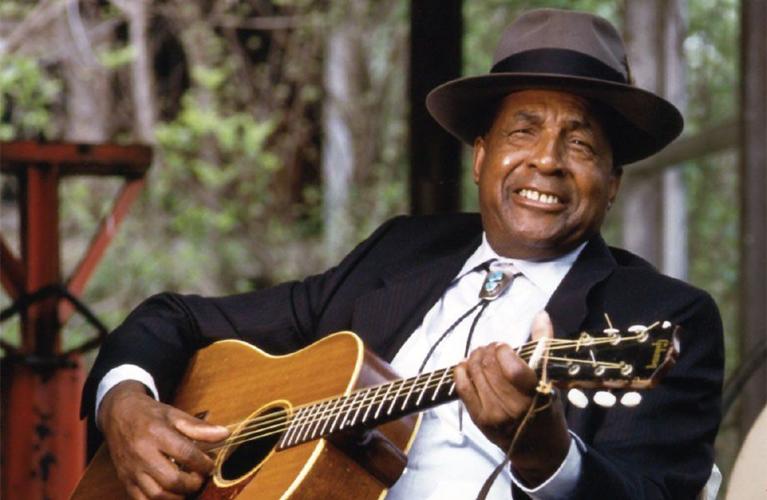 World-famous Piedmont blues musician John Jackson was born in Woodville. A Sept. 24 festival at Eldon Farms, not far from his birthplace, will celebrate the style he created. 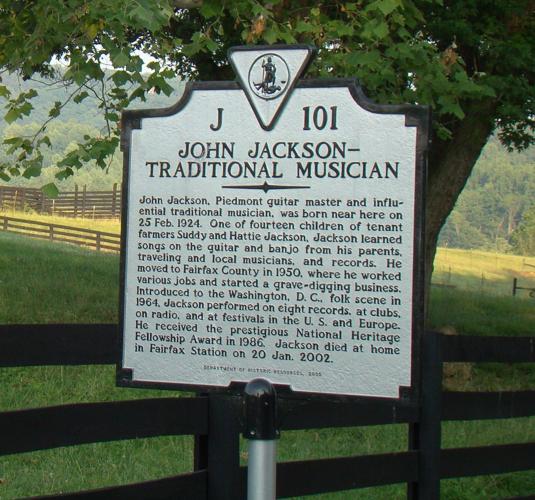 By RANDY RIELAND AND STAFF REPORTS

The event on Saturday, Sept. 24, will again be held at Eldon Farms in Woodville, not far from where Jackson (1924–2002) was born into a family of tenant farmers before his mastery of country guitar style brought him international fame.

Wiggins was still in high school, but his band was on the same bill as Jackson at a club in Alexandria.

“Immediately, I realized this was someone really special. An amazing musician,” said Wiggins, who like Jackson, has been named a National Heritage Fellow, the country’s highest honor bestowed on traditional and folk artists.

Wiggins remembers that he was dumbfounded when Jackson invited him to join him at a future show.

“Here was this world-class player and he didn’t know me from Adam. Then he invited me out to his house. He was incredibly generous and open-hearted.”

No one who knew Jackson during his days in Rappahannock could have imagined him as an internationally acclaimed performer.

Born in Woodville the seventh of 14 children, he never made it past the first grade because he had to help on the family’s farm. At a young age, he taught himself to play on his father’s guitar the songs he heard on the family’s old record player.

In 1949, he moved with his own family to Fairfax Station, and kept playing for friends and neighbors until a violent confrontation at a house party convinced him to stop performing in public.

That all changed one night in 1964 when Jackson was giving a guitar lesson to a mailman friend in the backroom of a Fairfax gas station. Chuck Perdue, then president of the Folklore Society of Greater Washington, happened to stop for gas, and he heard Jackson playing.

Perdue eventually convinced a dubious Jackson to record all the songs he knew—he covered 90 in a 12-hour session—and encouraged him to start performing at clubs and coffeehouses in the region.

Ultimately, as Jackson’s reputation grew, he was invited to do shows at folk and blues festivals around the world. He even performed for Presidents Jimmy Carter and Ronald Reagan. But he never gave up his day job as a cemetery caretaker.

Yet despite his long list of talents and accolades, he remains almost wholly unknown in Rappahannock County, the place where his story began.

It’s time to change that and bring his legacy to light, according to festival organizers. John Jackson wanted to be remembered as a blues musician and songster.

Piedmont styleAlthough he could play many types of music, Jackson is most closely associated with what’s become known as Piedmont blues—country music built around challenging, but sweet-sounding acoustic guitar licks.

“Piedmont blues are definitely different from other blues,” said Erin Harpe, another festival headliners. “It isn’t so down and dirty. It’s more refined. You’re playing a syncopated melody with your fingers while you’re playing the alternating baseline with your thumb.

“It’s more intricate. It’s more danceable, too,” added Harpe, whose latest album, “Meet Me in the Middle,” was named “Album of the Year” at the 2021 New England Music Awards. “But it’s also more relaxed.”

A perfect description is the title of John Jackson’s album, “Front Porch Blues.”

Wiggins would agree. “I heard someone say this music was born in an era when people made their own music at home, like they baked their own bread and grew their own vegetables,” he said.

It’s a style, he pointed out, that evolved in rural communities from ragtime.

“If you listen to Piedmont guitar style, it sounds a lot like ragtime piano,” Wiggins said. “It was really trying to make the guitar function like a piano. Back in the day, it was music to make people move. Your job was to make people get off their butts and dance.”

Filling out the lineup at the show will be Rick Franklin, one of the region’s leading blues guitarists; Jeffrey Scott, a blues artist who’s also Jackson’s grandnephew; Rappahannock blues singer Bobby Glasker and Friends; Rappahannock Unity Choir; and the Rev. Williams & the Praise Team.

The emcee will be Frank Matheis, an author, radio producer and regular contributor to Living Blues magazine.

The event is a collaboration between Virginia Cooperative Extension and Eldon Farms, with additional support from the PATH Foundation.

Tickets are $10 at John Jackson Piedmont Blues Festival on Eventbrite or at the gate. Food and drinks will be available for sale. Rain or shine, bring your own lawn chair.

Event will include book signing, historical and cultural exhibits, jam session with attendees invited to bring instruments to participate, craft vendors and food trucks on site.

Randy Rieland is a freelance writer in Rappahannock County and a volunteer with the John Jackson Piedmont Blues Festival.

Concert roundup: Holiday music is in the air

Now that Thanksgiving is finally out of the way, it’s time to crank up the Christmas music. Local groups have been busy preparing for their an…

Taylor Swift speaks out, says Ticketmaster fiasco 'excruciating for me.' The latest on the ticket debacle

Taylor Swift spoke out Friday about the ticketing debacle that took place this week, as many fans were unable to purchase tickets for her upcoming tour on Ticketmaster.

Ticketmaster blamed "bot attacks" after its Taylor Swift ticket fiasco. Now feds are being pushed to enforce a law designed to fight such "attacks."

20 of the best Christmas albums of all time

Looking to perfect your holiday playlist? Here are 20 of the greatest Christmas albums of all time across a variety of genres and eras.

Cook had Parkinson's disease and disclosed his diagnosis in 2017. A representative for the band says he died Tuesday at his home in Destin, Florida.

Academy Award winner Irene Cara, best known for singing the theme songs for "Fame" and "Flashdance," has died in her Florida home.

A stage musical about woke princesses that uses hit songs by Britney Spears will land on Broadway this summer. “Once Upon a One More Time,” featuring Spears’ tunes, including “Oops!… I Did It Again,” “Lucky,” “Stronger” and “Toxic,” will start performances in May at the Marquis Theatre. The musical has an original story written by Jon Hartmere about classic fairy tale princesses — Cinderella, Snow White and Little Mermaid, among them — who are transformed after reading “The Feminine Mystique,” a landmark feminist text. “Once Upon a One More Time” first played at The Shakespeare Theatre Company,. The cast will be announced at a later date.

World-famous Piedmont blues musician John Jackson was born in Woodville. A Sept. 24 festival at Eldon Farms, not far from his birthplace, will celebrate the style he created.