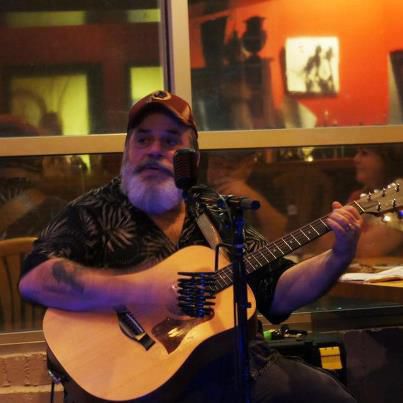 Arbisi recently suffered a heart attack, and his friends are having a benefit concert. 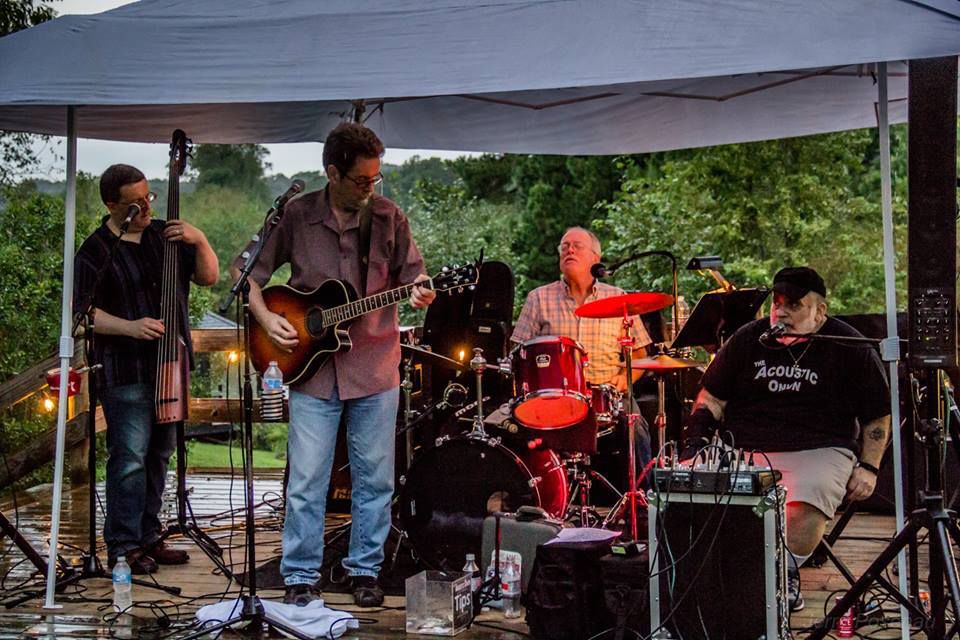 Anyone who has heard the Acoustic Onion band knows they play with a lot of heart. But it turns out that two of the key members had to find out just how strong their hearts were.

Lead guitarist and harmony singer Tim Garrett had open-heart surgery last summer for a defective valve that he discovered when he became short of breath after climbing a few hills. Lead singer Tom Arbisi recently had a more serious bypass operation after suffering a heart attack right in front of his doctor.

“He went in hoping to get stents and clear some blockages,” said Garrett. “They could not do that, and were planning to do a bypass when he arrested. So they had to do emergency bypass surgery. He was talking to his cardiologist. That’s like holding up a lightning rod the moment you get hit by lightning.”

The rest of the band is performing a benefit at The Colonial Tavern to help Tom and his wife, Hulda, with their medical and living expenses. The Acoustic Onion has invited former members as well as members of Arbisi’s previous electric incarnation of the band known as The Glass Onion Band, and many other musical friends to join them on stage to help out their bandmate and friend.

“This is an incredible community,” said Garrett. “Everyone I’ve talked to who knows Tom said they are going to be there. Every penny from the band and a tip bucket will go to Tom and Hulda. They’ve been married almost 40 years. They were high school sweethearts. She and the kids have been at Mary Washington Hospital regularly. I know it’s a strain on her. We’re raising funds and getting them to her. It won’t be anything compared to the costs of everything, but it will help her get through the daily expenses.”

As fans will know, The Glass Onion Band got its name from a deep cut from The Beatles’ 1968 “White Album.” The Glass Onion Band was a conventional electric four piece specializing in Beatles repertoire, but also incorporating other music of the period into its sets. The personnel in that group was rotating, with Arbisi being the one constant. In 2011 Arbisi was doing a side solo acoustic gig at Tru Luv’s restaurant on Sophia Street and wanted to expand with a few more musicians.

“He actually put an add on Craigslist for someone who could sing harmony and play acoustic guitar and liked The Beatles,” said Garrett. “So I called the number that was in there and got a hold of his wife. She said, ‘he’s playing Tru Luv’s every Thursday, why don’t you just bring your guitar down there.’ ”

Arbisi and Garrett hit it off and continued their weekly gig, soon to be joined by bassist Dave Guzman who heard them and asked to join in. The quartet was rounded out by Glass Onion drummer Tom Ansink.

“Tom Ansink came and heard us a couple times and he said, ‘man, I’d like to sit in with you guys,’ ” said Garrett. “There was no room for a drum set at Tru Luv’s, but the next thing you know he shows up with that little cocktail kit. He bought it online and came and set it up.”

Soon the acoustic four-piece band replaced the old Glass Onion band, this time with four steady members. With their minimal setup and acoustic sound, the group was equipped to play any size venue.

“Tom said he was going to cease the Glass Onion Band because our little band had gotten popular, sort of an accidental good thing,” said Garrett. “We found we could play a very small footprint like Tru Luv’s and La Petite Auberge, and because of modern [sound systems] we could be just as loud as the next guy. We played outdoors with no problem. It turned out we were super flexible. We really worked on the harmonies. Dave turned out to be an unknown harmony singer. He didn’t know he could. We really started putting the vocals out front. The acoustic guitars lend themselves to that because you don’t have the electric guitars drowning out the vocals. It just became real popular all of a sudden.”

That lineup with Arbisi, Garrett, Guzman, and Ansink cultivated a local following and remained unchanged until this past August when Guzman and Ansink both decided to leave.

“Tom Ansink recently retired from his day job and he’s been talking about moving to the Outer Banks. He was saying he would leave the band eventually and finally he set a date this past August. Dave’s got two teenage daughters who he wanted to spend more time with. He has another band and a blog called Practical Bass.”

The new members are Paul Frields on bass and Dave Nichols on drums. Both Frields and Nichols have filled in with the band before. Guzman and Ansink are still on great terms with the Acoustic Onion and have agreed to substitute on occasional gigs when needed. Until Arbisi is able to return, Doug Ebert is sitting in with the group to add another guitar and vocalist.

“It’s really working out,” said Garrett. “He’s not replacing Tom—no one can replace Tom. Tom’s our secret weapon. There are signature songs that Tom sang like ‘Oh Darling’ that we’re not going to do with Doug. That’s kind of Tom’s signature song and there’s certain things we’re going to leave alone. We’re not expecting Doug to fill Tom’s Crocs, but he’s doing a real good job at filling the spot.”

Stephen Hu is a Fredericksburg writer and musician.

This year's awards show is introducing new categories in the wake of the coronavirus pandemic, including, "Best Music Video From Home," and "Best Quarantine Performance."

Arbisi recently suffered a heart attack, and his friends are having a benefit concert.