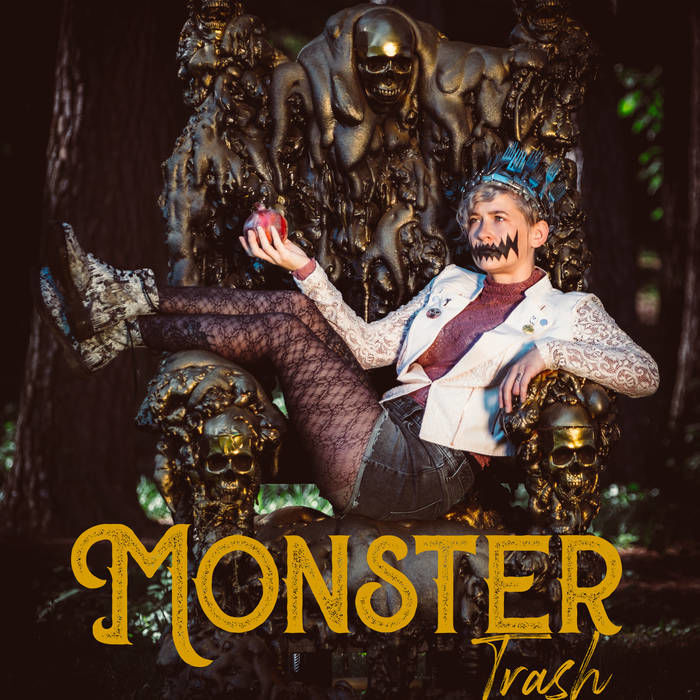 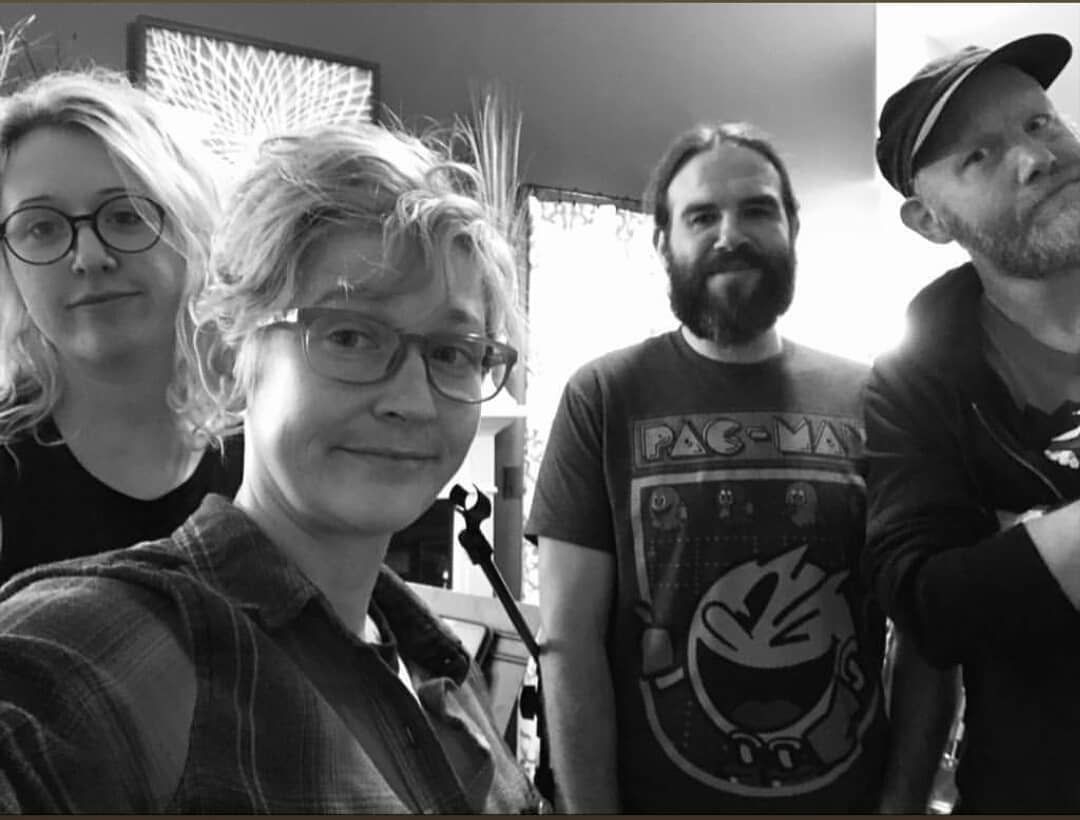 Kristin Tschirn, who goes by Monster in her solo career, also performs with Puff Yeah. Both projects give her an outlet for her emotional lyrics that often deal in uncertainty.

Kristin Tschirn, who performs under the name Monster and with the group Puff Yeah, is an unlikely front woman for a rock band. She doesn’t like to talk about herself or her music, but as her recently released album, “Trash,” demonstrates, she is a powerful and original singer-songwriter.

She makes driving acoustic punk with sparse instrumentation. The songs on “Trash” often take unusual rhythmic turns, and three of the songs are in waltz time. Tschirn’s lyrics are cerebral, veering into psychedelic territory, and that contrast is one of the reasons her music is so compelling.

Tschirn first started performing a few years ago in the Fredericksburg band The Crypts, which is fronted by Craig Graziano. She was encouraged by her husband Mike Tschirn to play in public. Kristin picked up guitar during a class in middle school when she was a teenager.

“I learned some chords and how to sing while playing, which was fun,” said Tschirn. “I kind of chilled on it. I was very anxious about it until I started playing with Mike. He was very patient with me. When he was in Poser Bill, my boyfriend at the time and I would to go shows. Mike and I moved in together within a month.”

The couple married, had two children and played together in The Crypts. The band played many shows around town and released four albums. All the while, Tschirn contributed to The Crypts’ original songs.

“All the lyrics were by Craig, I think, but I wrote all the guitar parts for that,” said Tschirn. “I think before Crypts, I had like three or four songs. Then being in The Crypts with Craig and Mike really helped my confidence writing guitar parts, because I was always lyrically driven.”

Tschirn wrote a few songs and recorded some demos with her husband, but Mike died of cancer in 2016. Kristin dealt with her grief through her music and her other passion, roller derby, which is where she created the name Monster. She was inspired by an accident she had while teaching young girls gymnastics in 2011—she lost a finger.

“We had just gotten to the bar stage,” said Tschirn. “There was a rope hanging down on the side from the high bar. I was moving the rope and let go and jumped down. My ring got caught on a nut or bolt or whatever. There was tendon and bone and skin hanging off it. I remember there were pools of blood and I couldn’t understand what was going on. I was pregnant at the time with Ollie. I was like, the baby’s OK, I guess it’s alright. In the ambulance I was saying I can still play my chords. Worse comes to worst, I can play left- handed.”

Tschirn takes the Monster persona to another level by wearing face makeup that gives her mouth a jack-o’-lantern-type look. Her band, Puff Yeah, adds drive to her acoustic sound with Christopher “Hodge” Critzer on bass, Liz “Tofu” Shelton on keyboards, and John Piedel on drums. Since the band was formed after she recorded “Trash,” they play songs from that album and have expanded with new material written with the other band members.

“Hodge is so ’80s synth-pop stuff and I love that he brings that influence in with his bass and he also writes some key parts too,” said Tschirn. “John makes it kind of dancy and fun but still kind of punk and gothic.”

Tschirn sees a strong connection between her interests in roller derby and music, which is why she decided to use the name Monster for both. She describes her approach to both as making space. While the songs on “Trash” were written before Mike’s death and do not directly deal with her loss of her husband, Tschirn’s lyrics often describe being caught in a place of uncertainty.

I look up at the sky

I can’t see, there’s sun in my eyes

And I do and I don’t wanna die”

“There are no lullabies

There’s chaos all the time”

“Monster” is available as a download online at monstergrrrilla.bandcamp.com. All sales from the album go to Substance Abuse & Addiction Recovery Alliance of Virginia, which advocates for addiction prevention, treatment and recovery.

Stephen Hu is a Fredericksburg writer and musician.-

'Who's the Boss?' gets reboot with Tony Danza, Alyssa Milano

Luisa A. Igloria, a Norfolk poet with an international reputation, has been named Virginia’s poet laureate. For two years, she’ll be the state…

'I kind of missed it': Chip, Joanna Gaines bringing 'Fixer Upper' back in 2021

When we’re young, we dream of the life we desire.

CHARLOTTESVILLE — A documentary about the legacy of President George H.W. Bush, co-produced by the University of Virginia’s Miller Center of Public Affairs and VPM public TV, will debut nationally this week.

Kristin Tschirn, who goes by Monster in her solo career, also performs with Puff Yeah. Both projects give her an outlet for her emotional lyrics that often deal in uncertainty.