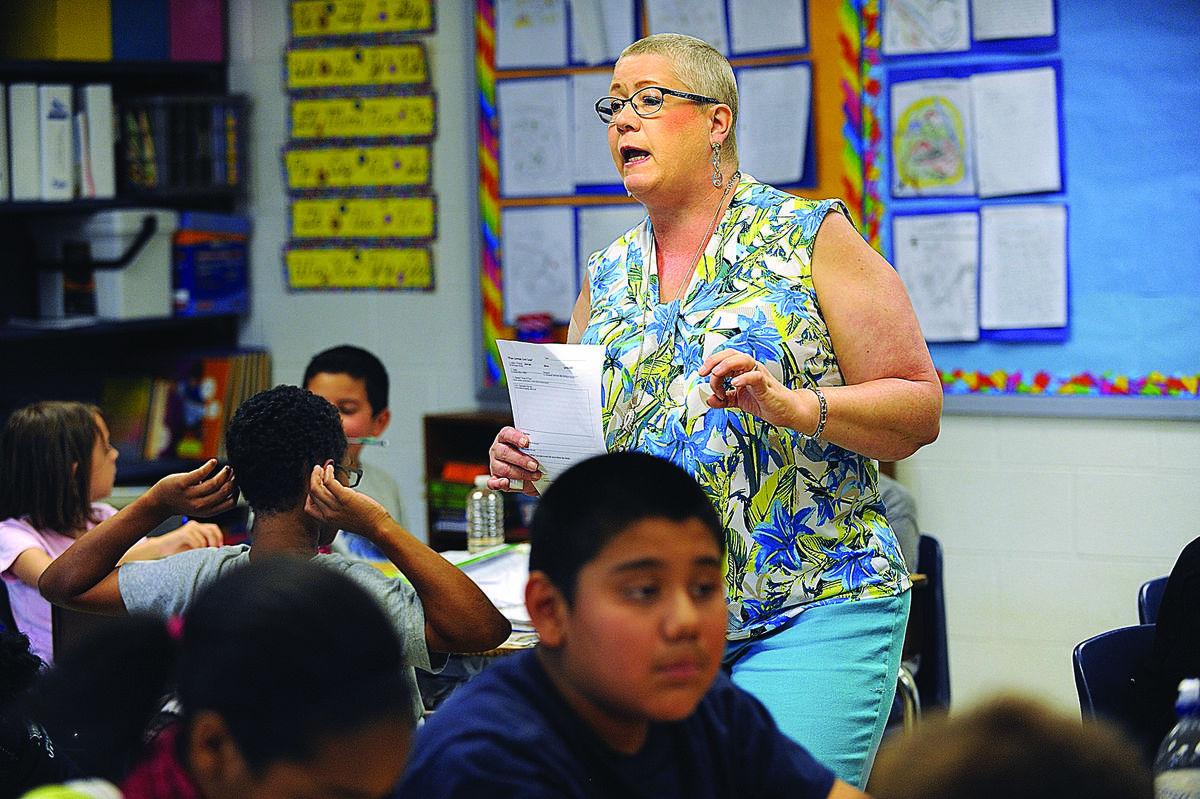 Annette Pfohl of Spotsylvania has fought cancer for 10 years. She teaches fifth grade at Christa McAuliffe Elementary in Prince William. 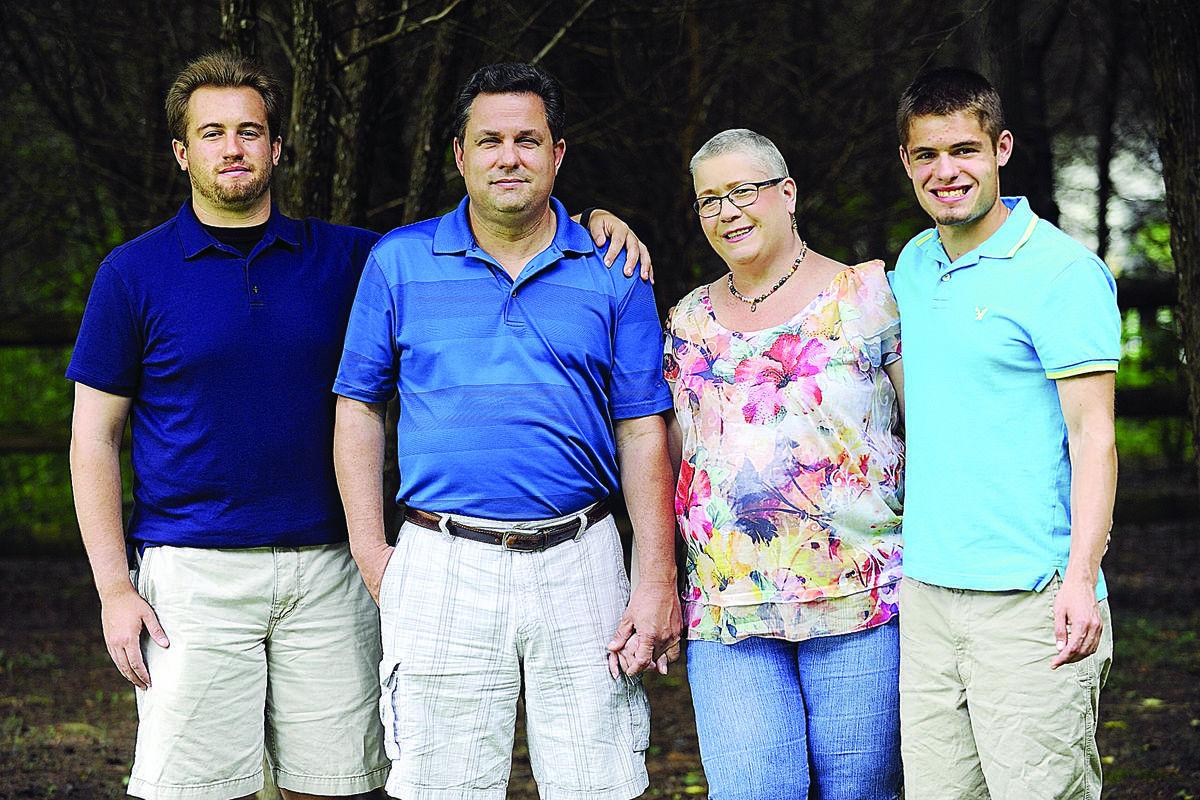 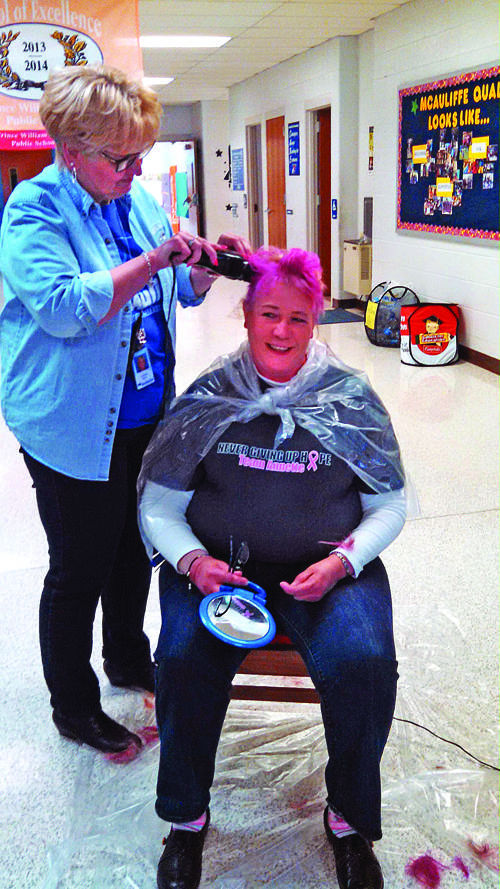 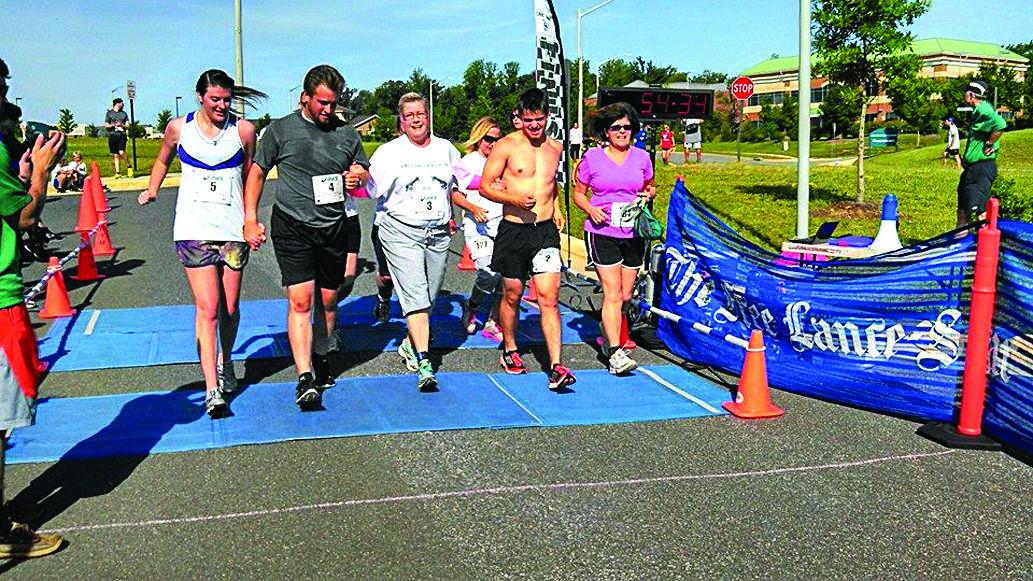 Instead of thinking about how bad they have it—and even a cancer doctor admits it’s been a rough 10 years—the Pfohl family chooses to focus on the positive.

Brothers Curtis and Kyle have watched their mother, Annette, deal with a stubborn cancer that started in one breast and reappeared throughout her body.

Still, every day that she has been able, the Spotsylvania County woman has dragged her fatigued, nauseated and often hairless body to Christa McAuliffe Elementary School in Woodbridge, where she teaches fifth grade.

“Annette is the epitome of a strong woman,” said fellow teacher Megan Paulson. “Rarely would she take a day off, we basically had to tell her, ‘Stay home Annette!’ because her job means that much to her.”

Annette Pfohl gives her students the same message she shares with her sons, whom she refers to as “the boys” even though they’re 22 and 20. She tells them cancer hasn’t stopped her, so they shouldn’t let anything get in their way, either.

The Pfohl sons have channeled their mother’s fighting spirit into helping others. Kyle, the younger brother and a long-time runner, came up with the idea of raising money for people in the Fredericksburg region who may be struggling to pay for medicine, wigs or other items they need as they deal with cancer.

When he was 17, he started the Battling Cancer 5K Run/Walk. The fourth annual event takes place this Father’s Day. So far, the event has raised $45,000 for Mary Washington Healthcare’s Regional Cancer Center, where Annette Pfohl has received most of her treatments.

“The main reason we’re doing this is because [the cancer center] is what saved my mom’s life,” he said. “I wanted to give back to the community, and it was my way to cope with also being a caretaker of a cancer survivor.”

Kyle Pfohl doesn’t hesitate to walk into businesses, discuss the cause and ask for money. His older brother is more reserved and devotes his energy to maintaining the website devoted to the race.

Beyond the dollars, “the boys” want to generate hope. That’s what has kept their family going throughout a decade of dealing with the disease.

“Not all cancer patients are like our mom,” Kyle Pfohl said. “Some are depressed. We want people to be in the state of mind like my mom is, to show them you can do this.”

Curtis and Kyle were 12 and 10 when their mother found a lump that turned out to be Stage 3 breast cancer. She has triple negative breast cancer, an aggressive type that doesn’t grow the same way breast cancers do—and likewise doesn’t respond to traditional treatments.

She had her right breast removed and a total hysterectomy to avoid the risk of ovarian cancer.

Her husband, Cris, became her case manager. He’s a data analyst with a digital cable company and has more availability during the day than she does in the classroom.

He schedules her appointments, researches her treatments and is a walking, talking journal of everything she’s experienced.

The family got through the initial shock of diagnosis in 2005 and spent five glorious years without a recurrence.

Then, in 2010, the cancer came back with a vengeance. Tumors have shown up in her spine and ribs, on her neck and under her arm, in her bones and atop her brain.

When she’s with her teacher friends, Annette acknowledges that she wonders, every time a new spot appears, if this “is the one.” But she doesn’t have that conversation with the males in her household.

She stays positive for them, knowing a negative attitude “will get you down really fast.”

She won’t even read statistics because she knows the odds aren’t in her favor.

“Now it’s a quest for me to conquer it,” she said about the cancer. “I don’t want it to get me because I’ve fought it for so long.”

Oncologist Charles Maurer knows full well the struggles families face as they learn about cancer and treatments available to them.

“Just to get through all the therapies and organize their own lives is a huge mountain to climb,” he said.

And for the Pfohls, that’s been especially difficult because of the severity of Annette’s cancer.

“She’s got to essentially battle this every day,” he said.

He’s been amazed at the way the whole family has channeled energy into positive avenues and become “a resource for the community.”

As chairman of the cancer committee at the cancer center, Maurer points out needs he sees to the Mary Washington Hospital Foundation. It administers the money raised by donors, such as the Pfohls.

The family partnered with Maurer and the foundation to launch the race.

The regional center already had outpatient cancer navigators, who helped newly diagnosed patients make their way through the terms, tests and treatments that are thrown at them.

Maurer lobbied for a nurse to work in the hospital and help those who came in for some other reason, then found out they had cancer.

The doctor is thrilled that an inpatient cancer navigator has been hired and credits the Pfohls for helping make the resources available.

Funds raised by the race also have been used to pay for medicine that isn’t covered by insurance as well as therapies such as yoga or music. It also can be used to help pay transportation costs for those needing specialized treatment out of the community.

Cris Pfohl is glad it’s used to help people who may be their neighbors or patients who’ve shared chemo treatments with his wife.

“Every penny stays locally,” he said.

He knows more resources will be needed as more patients like his wife live longer—and need therapies and treatments to help them deal with the changes cancer has made in their lives.

Richardson also is glad the assistance stays in the local community.

“The Pfohl family are true leaders in the fight, and we are fortunate to have them ‘on our side’ in our battle against cancer,” he said.

THE FAMILY GOT THROUGH THE INITIAL SHOCK OF DIAGNOSIS IN 2005 AND SPENT FIVE GLORIOUS YEARS WITHOUT A RECURRENCE. THEN, IN 2010, THE CANCER CAME BACK WITH A VENGEANCE. TUMORS HAVE SHOWN UP IN HER SPINE AND RIBS, ON HER NECK AND UNDER HER ARM, IN HER BONES AND ATOP HER BRAIN.

Battling Cancer 5k Run/Walk is held each Father’s Day. The fourth annual race is Sunday, June 21. It begins and ends at the Carl D. Silver Health Center/Moss Free Clinic’s parking lot, 1301 Sam Perry Blvd. Fredericksburg. The event starts at 8 a.m. Registration is $35 per person and can be completed online through Thursday or in person at VA Runner in Central Park on Friday and Saturday. Individuals, families and teams are encouraged to participate. Annette Pfohl’s co-workers at Christa McAuliffe Elementary School in Woodbridge had shirts made for the event. They feature Team Annette and a ribbon in pink with the motto: “Never Giving Up Hope.” Certificates and medals will be awarded. More details about the event are available at battlingcancerrace.com or by calling 540/226-9695.

Annette Pfohl of Spotsylvania has fought cancer for 10 years. She teaches fifth grade at Christa McAuliffe Elementary in Prince William.