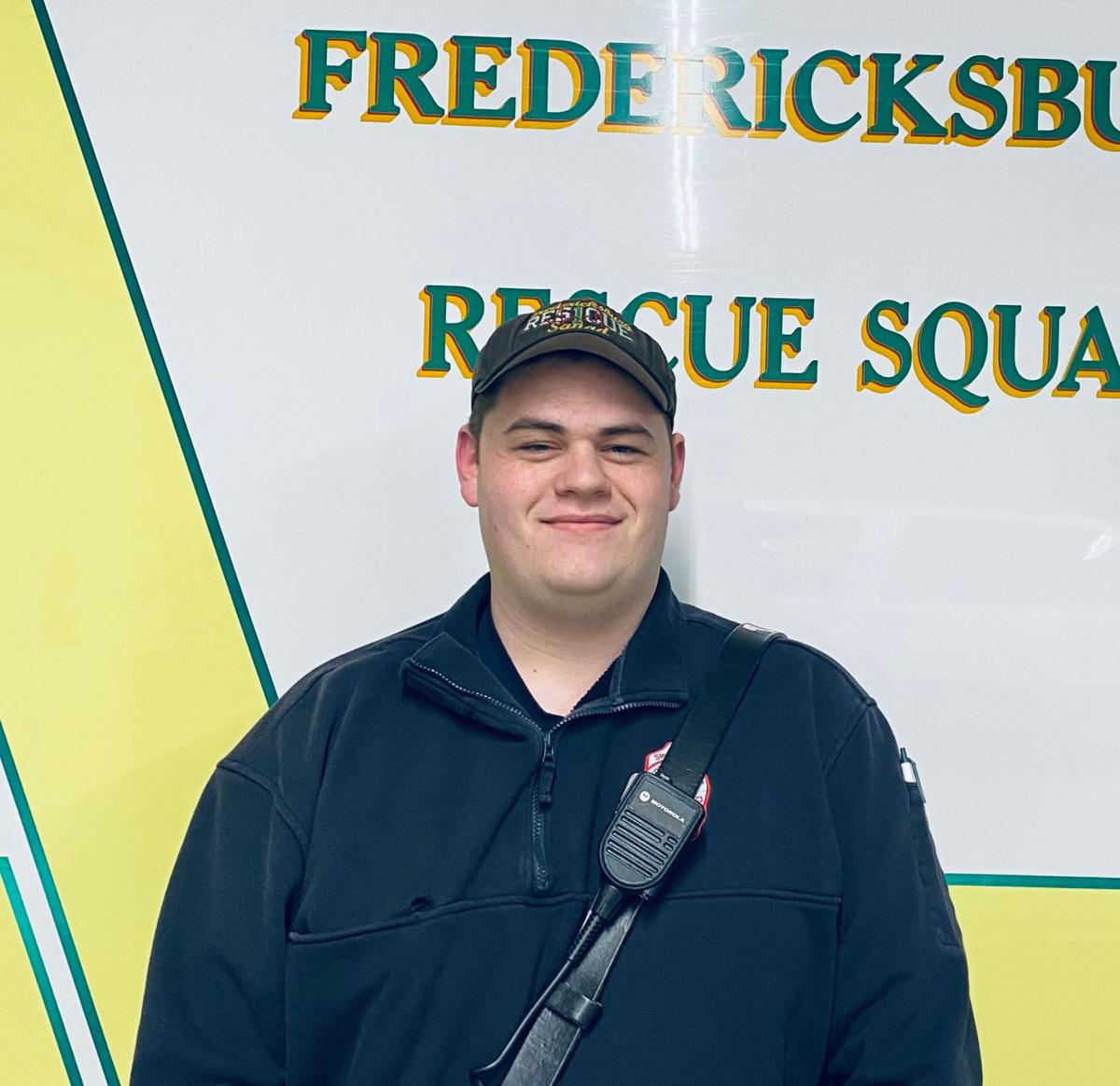 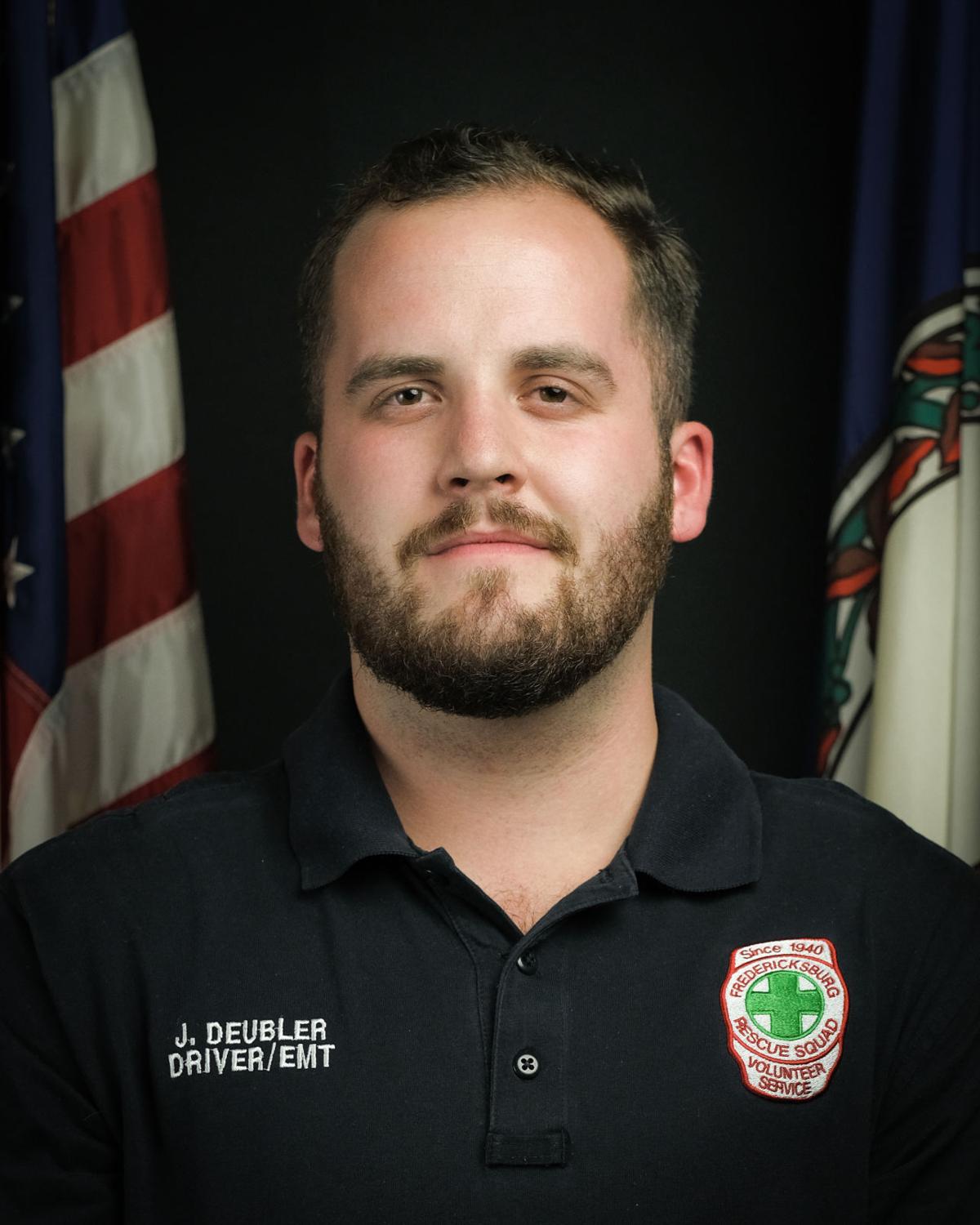 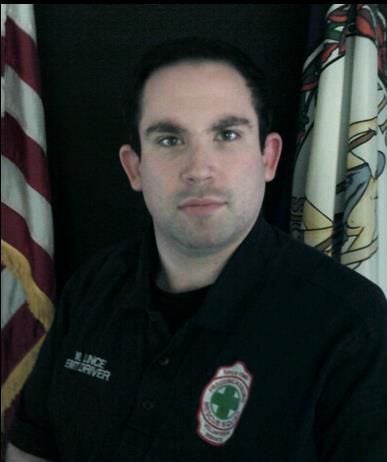 Patrick Cobb, NREMT provider, ran duty for 2,186 hours while attending paramedic school, working clinical rotations in many hospital emergency rooms and staffing with the city’s medic units. Cobb is working to become a released driver/operator. The reigning Squad Member of the Year 2019, his passion for pre-hospital care is evident from his endless hours of training new members, his numbers of duty hours staffed and his commitment to his continuing education.

Jacob Deubler, captain and NREMT provider/operator, ran duty for 1,199 hours. Deubler was promoted to the well-deserved position of captain during this past year. He has been accepted to physicians’ assistant school and will start in the summer. His work ethic and attention to detail is unprecedented.

Michael Lince, sergeant for bravo platoon and an NREMT provider/operator, ran duty for 1,127 hours. Lince has been a sergeant for three years and has been accepted to nursing school, where he will earn a Bachelor of Science in Nursing. There have been many days when Lince worked his job at a hospital in Northern Virginia during the day and ran duty overnight. If he is at the station and there are new members at the station, he will be found training with them. His passion for pre-hospital and hospital care is in his DNA.

Alysa Drummond, NREMT/operator, ran duty for 803 hours. Drummond is a released operator/driver and is working on being released as an attended in charge/provider. She runs most of her duties during the overnight shift and works as a telehealth technician during the day.

Andrew Segovia, sergeant for delta platoon and NREMT provider/operator, ran duty for 780 hours. Segovia has been a sergeant for three years, and he lives and breathes EMS and pre-hospital care. He is an employee with an area medical transport company and one of the rescue squad’s best airway instructors.

The command staff and officers of Fredericksburg Rescue are proud of all of the organization’s members for their dedication during 2020 and the pandemic. With the known possible risks of exposure and contracting COVID-19, the members endured but protected themselves and continued to put themselves in harm’s way to help Fredericksburg’s residents and visitors. Their dedication to continuing education as learners and teachers exemplifies the level of care given to those in need on what may be one of the worst days of their lives.

Fredericksburg Rescue is an entirely volunteer emergency medical service for pre-hospital care in the greater Fredericksburg area. It was founded in 1940 and is the third oldest rescue squad in Virginia. Its membership staffs the 911 emergency response ambulances because it is a passion and a calling.

The rescue squad has 71 active running members and looks to expand its membership. If you would like to join the elite and third oldest emergency medical service organization in Virginia, visit fxbgrescue.org and click on the tab Join Us, or send an email to info@fxbgrescue.org.

How to ditch a song that's stuck in your head

How to ditch a song that's stuck in your head

Lauren Whitley will serve as the new Chief Public Defender for Fredericksburg and  Stafford, Spotsylvania and King George counties.

Jordyn Rollins–Williams, Helena Loucas and Peyton Conti are the 2021 recipients of $5,000 scholarships awarded by the Hanover–Caroline Soil and Water Conservation District.

Local students have been recognized for excellence at their universities.

Rappahannock Area Lodge 15 recently held its Percy C. Poates Jr. Annual Awards and Memorial Ceremony to remember those members of the law enforcement community who were killed in the line of duty as well as those members lost over the past year.

The Woman’s Club of Fredericksburg has selected Meghann Cotter, executive servant-leader of Micah Ecumenical Ministries, to receive the club’s 2021 President’s Award for Woman of the Year.

Scrabble School Preservation Foundation gathers to celebrate past and future