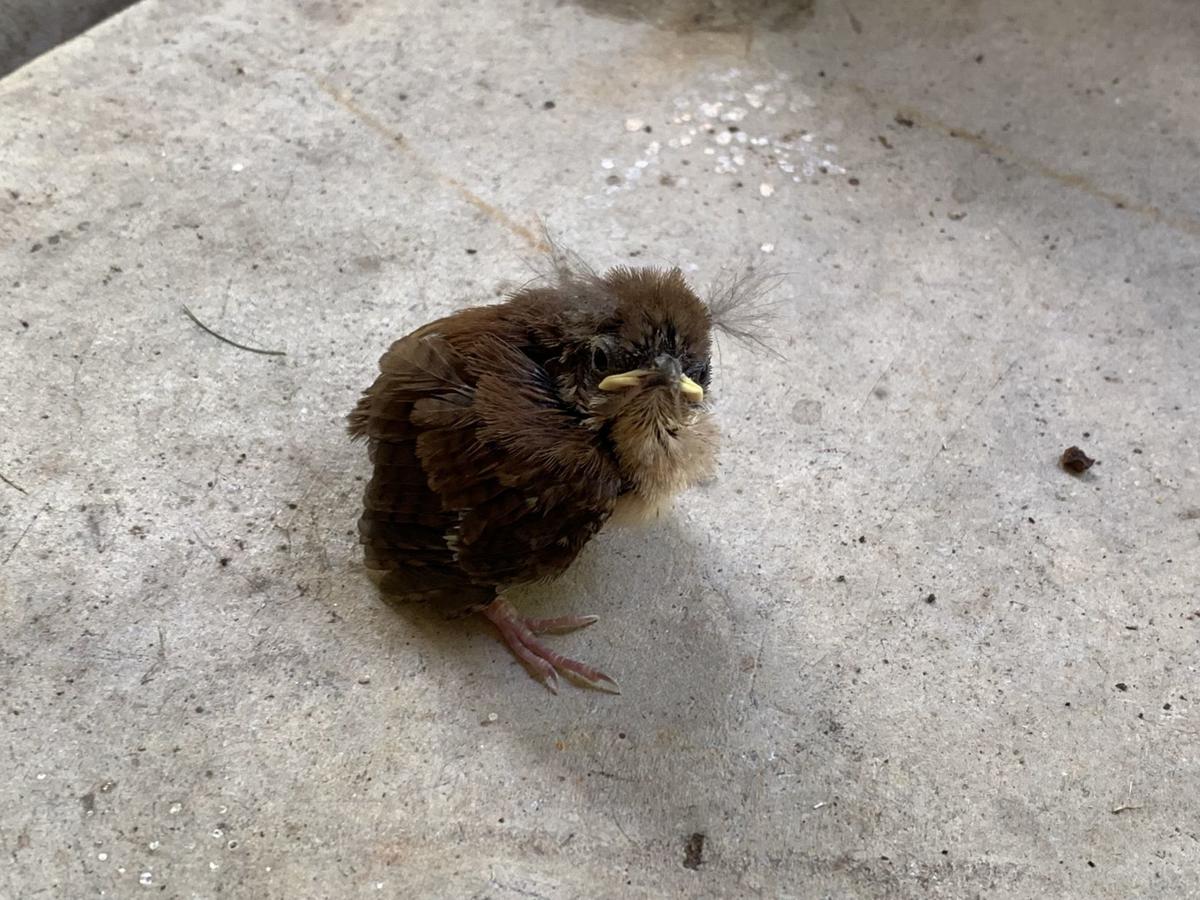 A baby bird out exploring finds itself inside a garage. 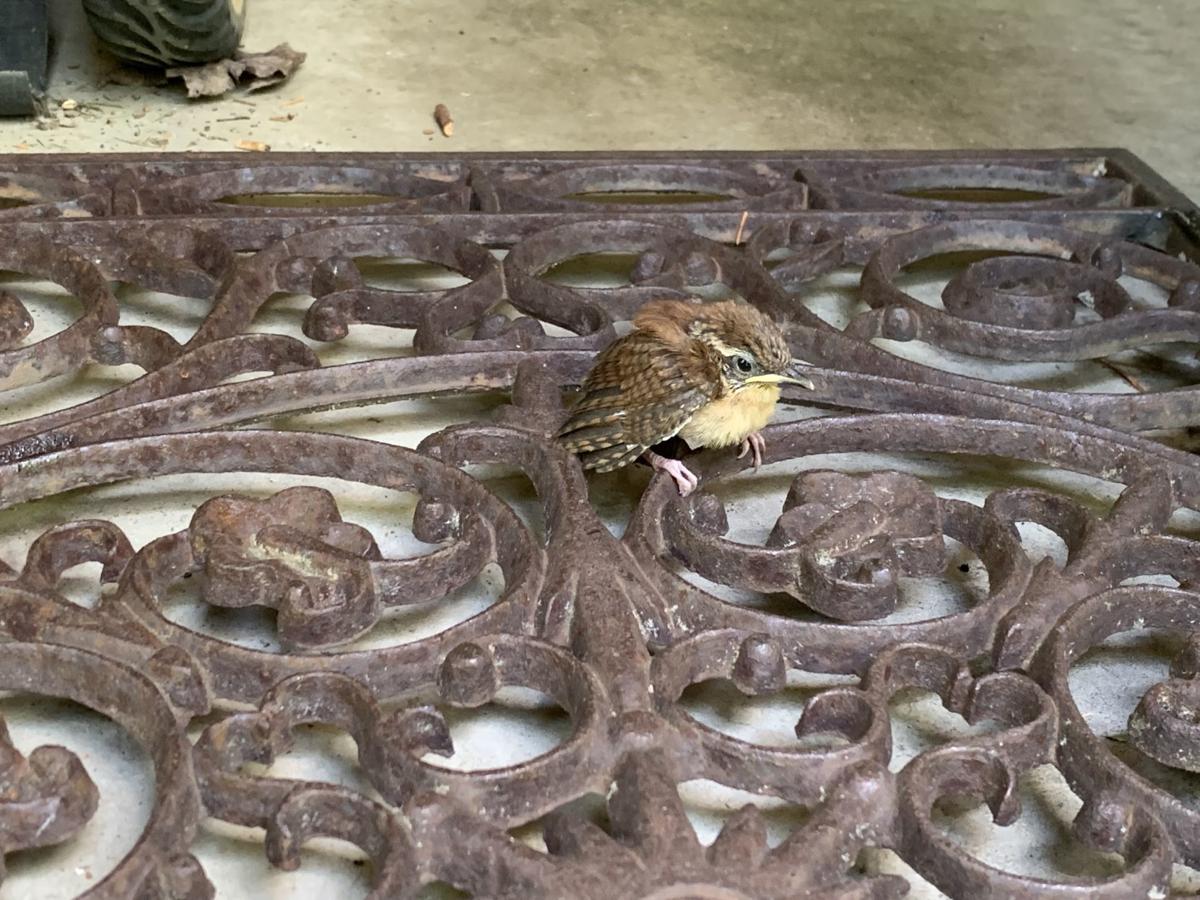 Baby bird follows its sibling into a garage during an outing. 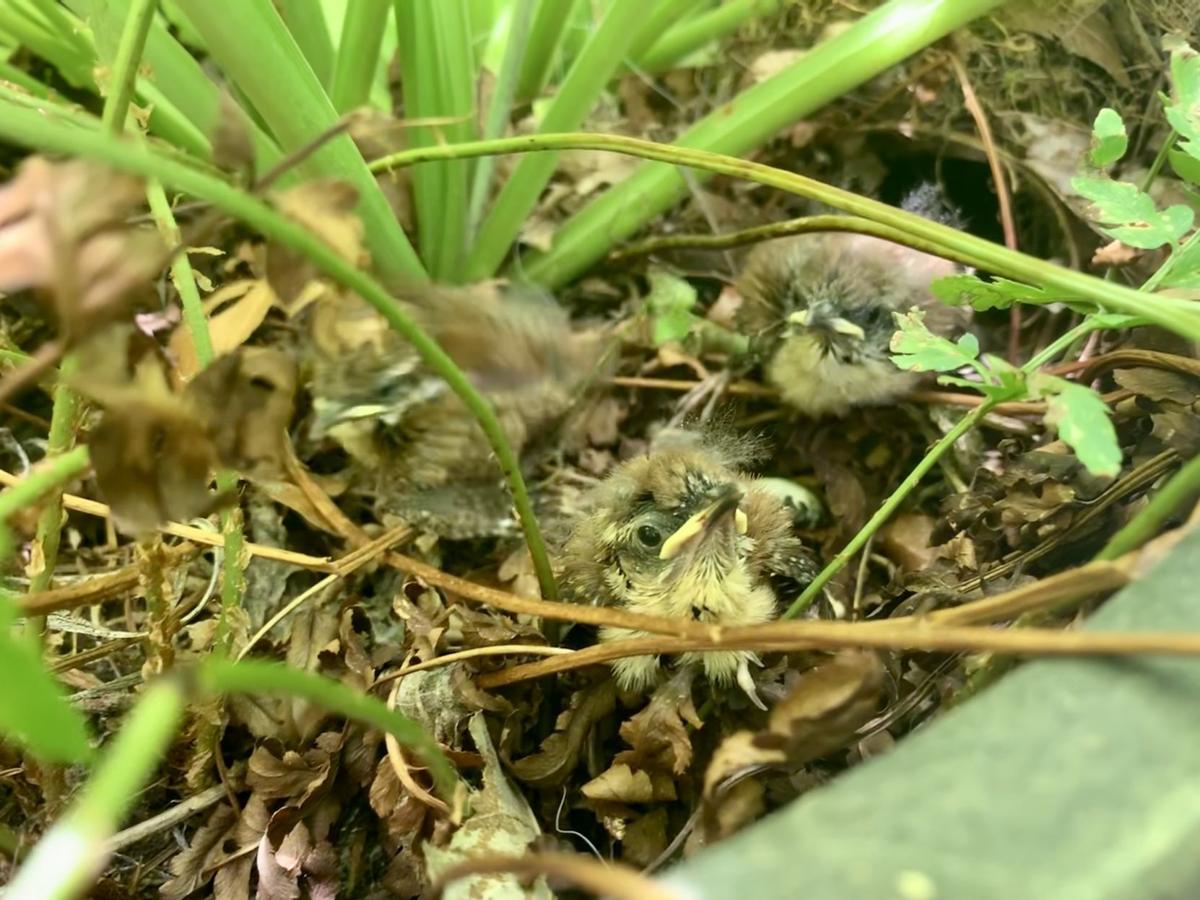 After having a grand adventure, baby birds are returned to their nest in a tall planter of hostas. 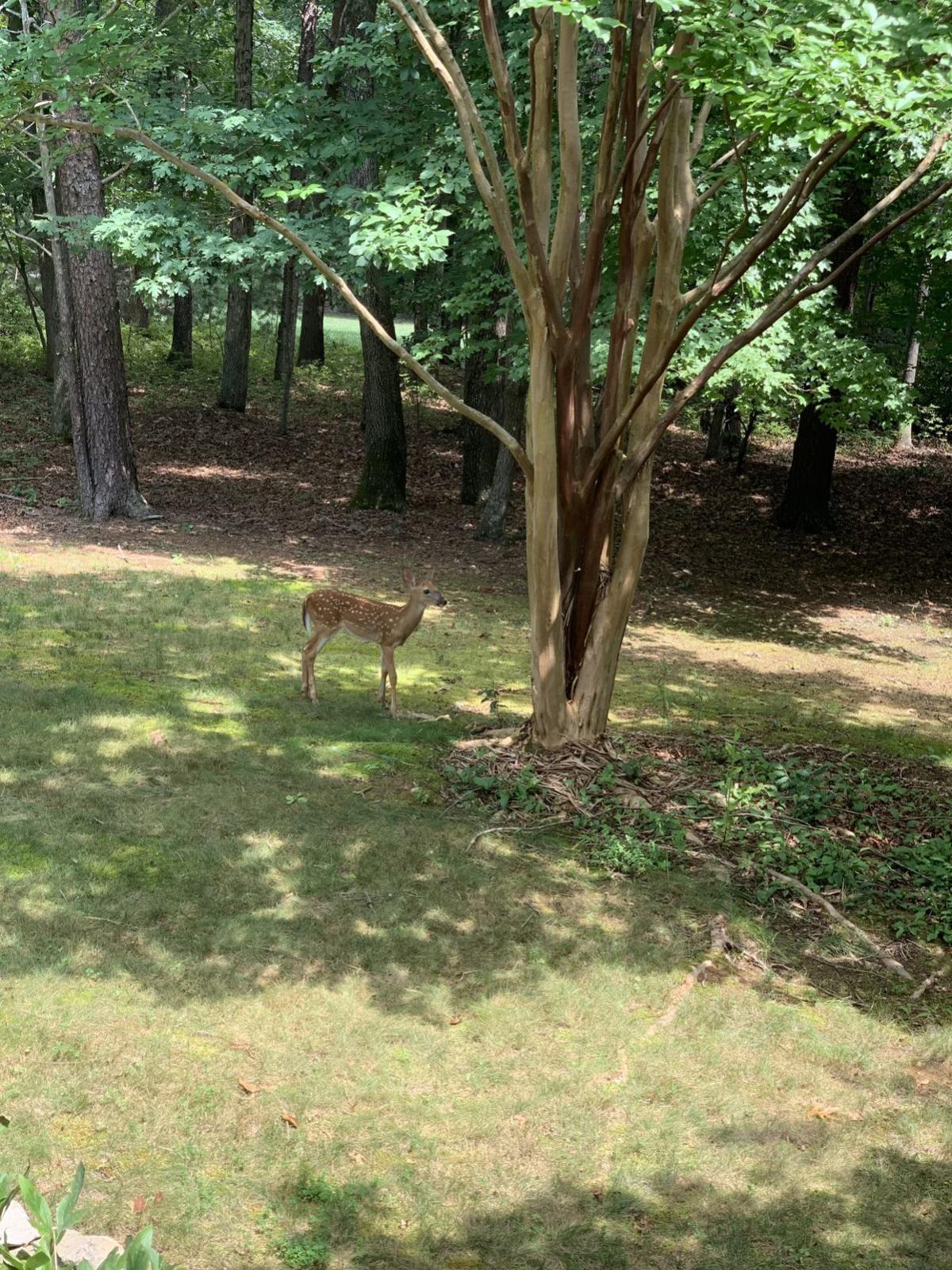 A fawn waits patiently for its mother to return in a Spotsylvania County neighborhood.

A baby bird out exploring finds itself inside a garage.

Baby bird follows its sibling into a garage during an outing.

After having a grand adventure, baby birds are returned to their nest in a tall planter of hostas.

A fawn waits patiently for its mother to return in a Spotsylvania County neighborhood.

In recent weeks, there has been an uptick in calls to Stafford Animal Control and posts on social media about animal babies that appear to be orphaned. In 75 percent of these cases, the animals should just be left alone. Wildlife parents are surprisingly dedicated and often do things that humans might find abnormal but make perfect sense in the animal world. A baby bird might appear to be injured on the ground, when in reality it is a fledgling that has just left the nest with parents close by until its wings become strong enough to fly. A fawn might be left alone lying in the grass when the mama is looking for food and trying to lure predators away from the baby.

“There are few things that ignite the desire to help more than a baby animal that appears to be in trouble,” said Stafford County Sheriff’s Office Captain Mike Null, Commander of the Animal Control Division. “Educating the public on the ways of animals is best for the animals and the public.”

In our area, we are most likely to see baby birds, rabbits, squirrels, opossums, deer and bears. The Virginia Department of Game and Inland Fisheries offers tips for behaviors for those animals and how they take care of their young.

Birds need several days (up to four weeks), depending on their species, to learn how to fly and forage for food. The parents will feed them during this period. If you find one out of its nest, contrary to popular belief, the parents will not be scared off by your scent. Check to see if the bird is warm. If it is, put it back in the nest. If not, warm it in your hands and put it back. If you cannot find the nest, put it in a bush or tree close to where it was found.

If you find a baby rabbit with its eye open and it is larger than a baseball, it is on its own and does not need human intervention. If it does not have open eyes and is smaller than a baseball, try to find a nest and put the baby back. Nests are usually a shallow depression in the ground lined with rabbit fur or grass. Cottontail rabbits do not burrow.

If you find a baby squirrel with its eyes opened and it weighs about two to five ounces and has a flat tail, it probably still needs care from its mother. It is best if you can locate the nest and put the squirrel on the tree to try to encourage it to climb back up the tree.

Opossums that are at least eight inches long from the tip of their nose to the base of their tail and weigh more than 7.25 ounces are old enough to survive on their own. If the baby is fully furred and its eyes are open, call a wildlife rehabilitator.

Fawns, born from April through July, are purposely left alone by their mothers. Female deer, called does, stay away from the fawns to avoid leading predators such as dogs or coyotes to their location. Young fawns are “hiders” and will not try to run away when they are approached. Does return several times a day to feed their babies, but just for a few minutes at a time.

If you see a baby bear, more than likely, a mama bear is close. Adult females breed every other year and give birth from mid-January to early February. Females that have raised cubs for the past 1½ years are ready to breed again, and the young are ready to be on their own to establish new home ranges. If you see a bear, remember, a black bear would rather flee than encounter a human. Never, ever feed a bear. When bears lose their fear of humans, trouble follows for both the bears and humans.

Sometimes wild animals are sick or injured, or the parents are lying dead nearby, like in the case of baby opossums. If a wild animal has been injured or truly orphaned, locate a licensed wildlife rehabilitator by calling the Virginia Department of Game and Inland Fisheries’ toll-free wildlife conflict helpline at 855/571-9003, 8 a.m.–4:30 p.m., Monday through Friday; or visit the Department of Inland Game and Fisheries website at dgif.virginia/wildlife. You may also call Stafford Animal Control at 540/658-7387. They are not responsible for wildlife, but they have a wealth of knowledge and can guide you in the right direction.