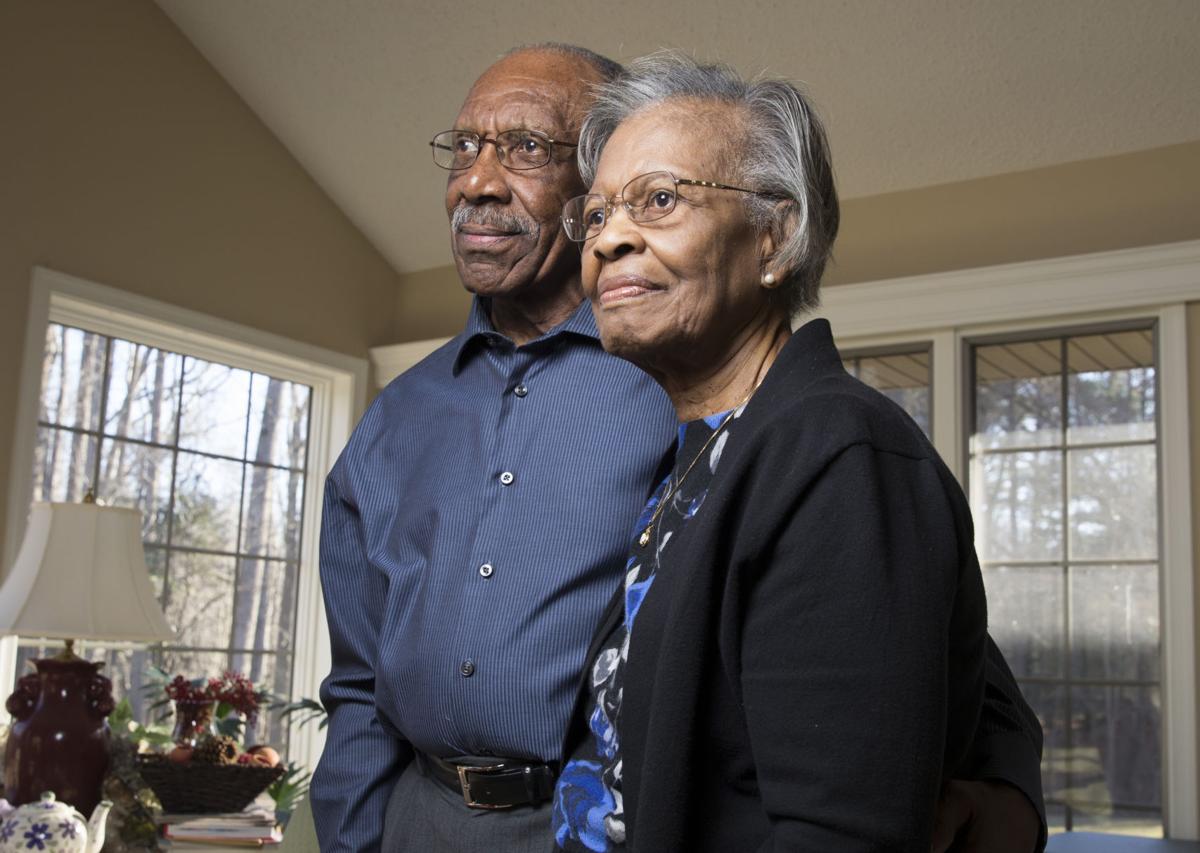 Gladys West and her husband, Ira, who met at Dahlgren, stand in their home in King George. 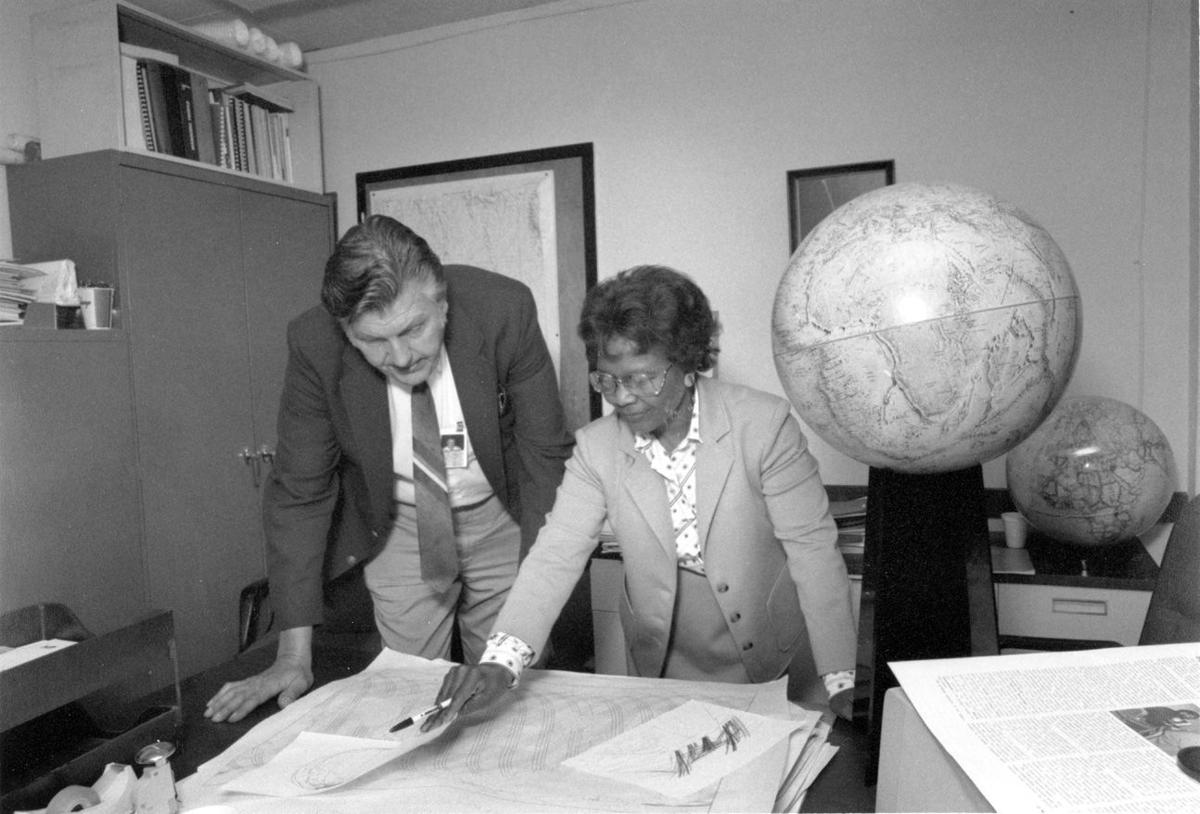 Gladys West, at Dahlgren with Sam Smith in 1985, looks over data from the Global Positioning System she helped develop. 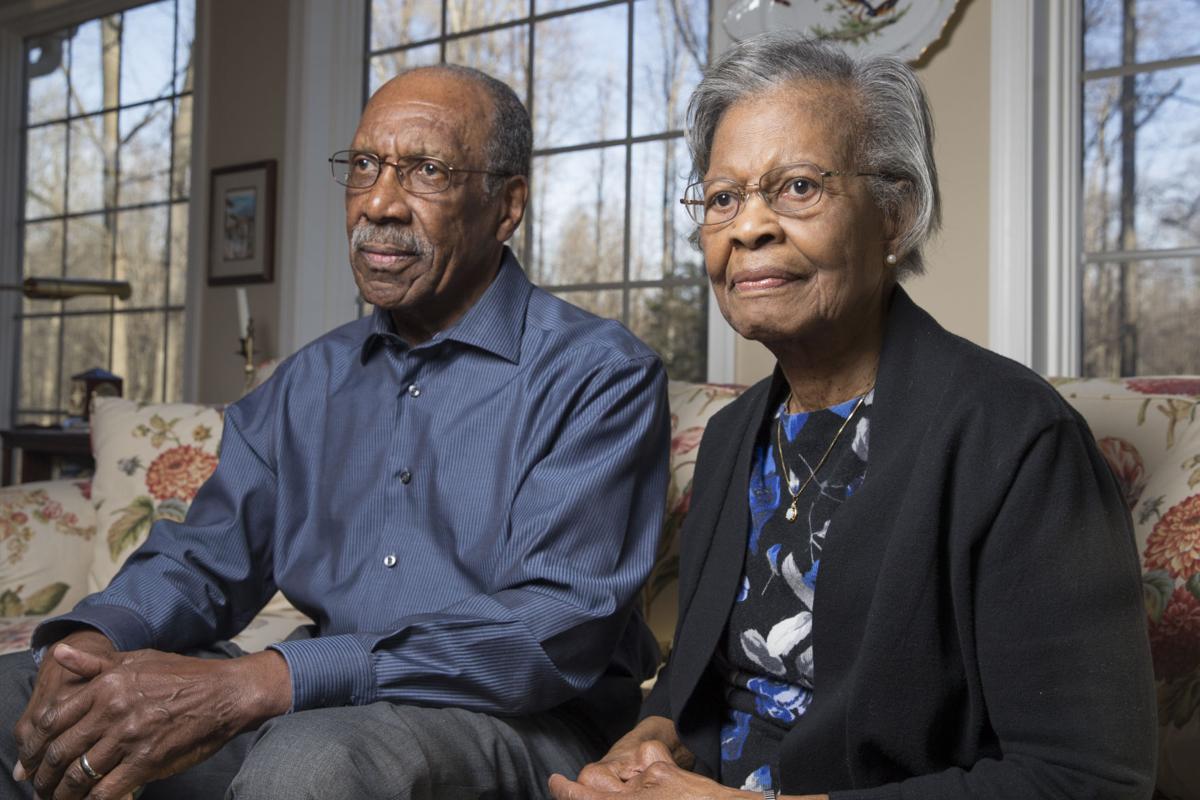 Gladys West and her husband Ira West stand in their home in King George, Va. on Jan. 19, 2018. (Mike Morones / The Free Lance-Star)

Gladys West was putting together a short bio about herself for a sorority function that recognized senior members of the group.

She noted her 42-year career at the Navy base at Dahlgren and devoted one short-and-sweet line to the fact she was part of the team that developed the Global Positioning System in the 1950s and 1960s.

Fellow Alpha Kappa Alpha Sorority member Gwen James was blown away by the statement. The two had known each other for more than 15 years, and James had no idea that the soft-spoken and sharp-minded West played such a “pivotal role” in a technology that’s become a household word.

“GPS has changed the lives of everyone forever,” James said. “There is not a segment of this global society—military, auto industry, cell phone industry, social media, parents, NASA, etc.—that does not utilize the Global Positioning System.”

The revelation that her 87-year-old sorority sister was one of the “Hidden Figures” behind GPS motivated James to share it with the world.

“I think her story is amazing,” James added.

West, who lives in King George County, admits she had no idea at the time—when she was recording satellite locations and doing accompanying calculations—that her work would affect so many.

“When you’re working every day, you’re not thinking, ‘What impact is this going to have on the world?’ You’re thinking, ‘I’ve got to get this right.’ ”

And get it right she did, according to those who worked with her or heard about her.

“She rose through the ranks, worked on the satellite geodesy [science that measures the size and shape of Earth] and contributed to the accuracy of GPS and the measurement of satellite data,” he wrote. “As Gladys West started her career as a mathematician at Dahlgren in 1956, she likely had no idea that her work would impact the world for decades to come.”

As a girl growing up in Dinwiddie County south of Richmond, all Gladys Mae Brown knew was that she didn’t want to work in the fields, picking tobacco, corn and cotton, or in a nearby factory, beating tobacco leaves into pieces small enough for cigarettes and pipes, as her parents did.

“I realized I had to get an education to get out,” she said.

When she learned that the valedictorian and salutatorian from her high school would earn a scholarship to Virginia State College (now University), she studied hard and graduated at the top of her class.

She got her free ticket to college, majored in math and taught two years in Sussex County before she went back to school for her master’s degree.

She sought jobs where she could apply her skills and eventually got a call from the Dahlgren base, then known as the Naval Proving Ground and now called Naval Support Facility Dahlgren.

She began her career in 1956, the second black woman hired at the base and one of only four black employees. One was a mathematician named Ira West, and the two dated for 18 months before they married in 1957.

“That was a great time to be at the base,” he said. “They were just discovering computers.”

While he spent most of his career developing computer programs for ballistic missiles launched from submarines, her calculations eventually led to satellites.

She collected information from the orbiting machines, focusing on information that helped to determine their exact location as they transmitted from around the world. Data was entered into large scale “super computers” that filled entire rooms, and she worked on computer software that processed geoid heights, or precise surface elevations.

The process that led to GPS is too scientific for a newspaper story, but Gladys West would say it took a lot of work—equations checked and double-checked, along with lots of data collection and analysis. Although she might not have grasped its future usage, she was pleased by the company she kept.

“I was ecstatic,” she said. “I was able to come from Dinwiddie County and be able to work with some of the greatest scientists working on these projects.”

Several times during a recent interview and in written notes made over the years, Gladys West referred to staying true to herself and how she was raised. She knew the data she entered had to be right, and she worked until she was certain of its accuracy.

Ralph Neiman, her department head in 1979, acknowledged those skills in a commendation he recommended for West, project manager for the Seasat radar altimetry project. Launched in 1978, Seasat was the first satellite designed for remote sensing of oceans with synthetic aperture radar.

“This involved planning and executing several highly complex computer algorithms which have to analyze an enormous amount of data,” Neiman wrote. “You have used your knowledge of computer applications to accomplish this in an efficient and timely manner.”

He also commended the many hours she dedicated to the project, beyond the normal work week, and the fact that it had cut the processing time in half, saving the base many thousands of dollars.

Dr. Jim Colvard was technical director—the top civilian position at NSWC Dahlgren—from 1973 to 1980 and knew West as one of his students in a graduate program and as a professional employee.

“She was an excellent student and a respected and productive professional,” he wrote in an email. “Her competence, not her color, defined her.”

West retired from the base in 1998, a year after her husband, and the two celebrated by traveling to New Zealand and Australia.

She was excited about the new stage of her life and all the things she might get into. She’d been taking one course at a time toward her doctorate in philosophy from Virginia Tech and was ready for the last step, to write her dissertation.

“However, the Almighty apparently had other plans for me,” she said.

Five months after retirement, West had a stroke that impaired her hearing and vision, balance and use of her right side. She was feeling pretty sorry for herself until “all of a sudden, these words came into my head: ‘You can’t stay in the bed, you’ve got to get up from here and get your Ph.D.’ ”

West did just that.

She and her husband started taking classes at the King George YMCA to rebuild her strength and recover the mobility she’d lost in the stroke. She had to have a quadruple bypass later, then dealt with breast cancer in 2011.

The two continue to attend five exercise classes a week, and both are going strong. He ran a half-marathon six years ago, at age 80, and she’s in the midst of writing her memoirs.

As for the GPS, the Wests use it when they travel, although she still prefers to refer to a paper map. That perplexes Carolyn Oglesby, the couple’s oldest daughter. The Wests have three children and seven grandchildren.

“I asked her why she didn’t just use the Garmin [GPS] since she knows the equations that she helped write are correct,” Oglesby said. “She says the data points could be wrong or outdated so she has to have that map.”

Gladys West is still doing her own calculations.

The Northern Neck Patriotic Piecers recently awarded a Quilt of Valor to Jeremy Dennis of Stafford County at the American Legion Post 117 in Reedville.

Blessings: '21 New Year baby in Culpeper is a boy

Retro Reads: As inauguration draws near, a look to the past

On Jan. 20, 1961, hotels and motels in the Fredericksburg area were filled to capacity and were still locating rooms for inaugural guests arriving in the wee hours of the morning.

Taco Bell is bringing back potatoes

Taco Bell knows you're upset about losing potatoes. It's sorry, and it's bringing them back.

Sisters Grace and Hope Hassan slip and slide on a thick patch of ice they discovered in the Hazel Grove area of Chancellorsville Battlefield.

President Donald Trump faces a single charge — "incitement of insurrection" — over the deadly riot at the U.S. Capitol, according to a draft of the articles obtained by The Associated Press.

The slow vaccine rollout confirms public health officials' warnings that they lacked support or money to quickly get vaccines into arms. See some charts tracking US vaccinations.

JOHNSTON: Tobacco was ever-present just a few generations ago

People today have no idea how prevalent smoking was in the 1950s. Smokers were the norm and nonsmokers were in the minority.

Gladys West and her husband, Ira, who met at Dahlgren, stand in their home in King George.

Gladys West, at Dahlgren with Sam Smith in 1985, looks over data from the Global Positioning System she helped develop.

Gladys West and her husband Ira West stand in their home in King George, Va. on Jan. 19, 2018. (Mike Morones / The Free Lance-Star)