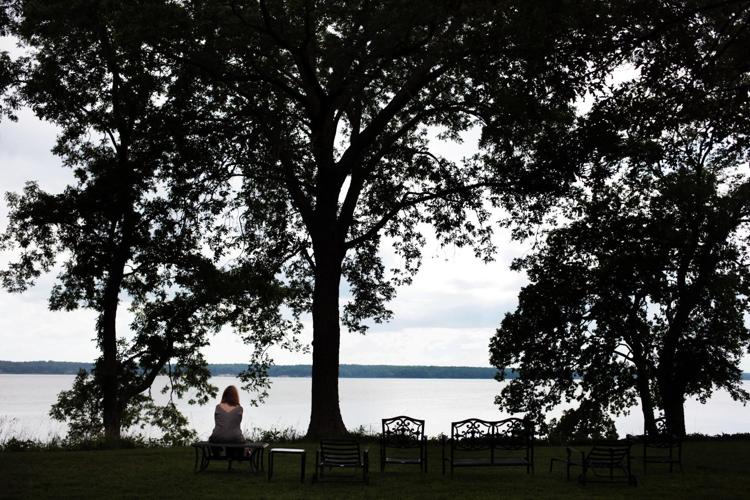 A visitor looks over the water of Werowocomoco during an event celebrating the easement in 2013. 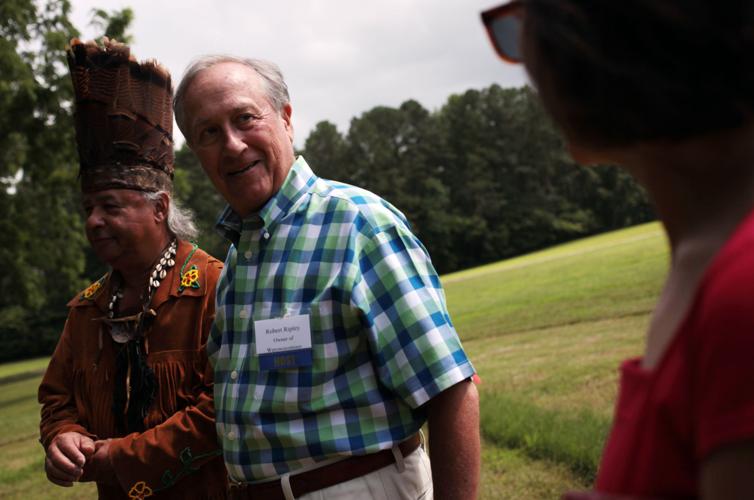 Werowocomoco owner Robert Ripley shows visitors around his land in Gloucester in June 2013. 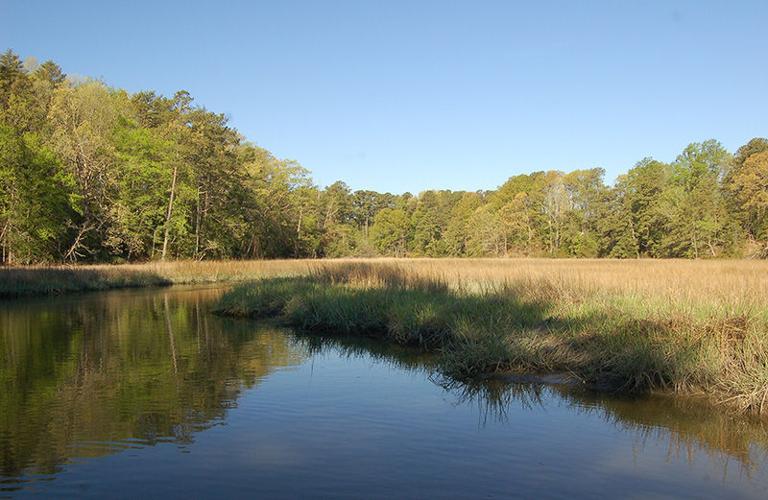 This site on the York River in Virginia has been identified by archeologists as the location of Werowocomoco, a historic Indian town where explorer Capt. John Smith was taken as a prisoner while exploring the Bay.

An important American Indian site on the York River in Virginia, lost to historians for centuries, has been purchased by the National Park Service as part of the Captain John Smith Chesapeake National Historic Trail.

The 264-acre tract on Purtan Bay in Gloucester County—where more than 400 years ago the English colonist Smith first met the Algonquian leader Powhatan—was acquired in June from a Virginia couple, Bob and Lynn Ripley, for $7.1 million, according to the Park Service.

Four hundred years ago, the Indian town at this location was called Werowocomoco. While its name is not well known today, the events associated with it certainly are.

In 1607, as Smith was exploring the Chickahominy River, he was captured by Indians and taken as a prisoner to the town, where he met Powhatan, a spiritual and political leader who influenced tribes throughout the Virginia Tidewater.

According to Smith, he also met Powhatan’s daughter, Pocahontas, at Werowocomoco. He later claimed—in a much-disputed account—that she rescued him from execution.

“The antiquity and spirituality of this place cannot be understated,” said Joel Dunn, president and CEO of the Chesapeake Conservancy. “Werowocomoco is the Machu Picchu of the Chesapeake. It served as the capital of the Powhatan confederacy for hundreds of years and is one of the most significant American Indian sites in eastern North America. We still have much to learn.”

Although archeologists believe Indians had been using the land at Werowocomoco for thousands of years, the arrival of Smith and company triggered an abrupt end to its history. Powhatan and most, if not all, of the town’s inhabitants relocated to an Indian community on the Chickahominy River, just two years after the English established their settlement at Jamestown. Werowocomoco was not mentioned in colonial records again.

Smith had marked the general location of Werowocomoco on early hand-drawn maps, positioning it along what the English later called the York River.

But its exact location was unknown until 2001, when the Ripleys began meeting with archeologists to discuss artifacts found on their land—on the river’s northeast shore about 15 miles upstream from Yorktown. In 2003, archeologists announced that evidence had confirmed the site as Werowocomoco.

The sale to the Park Service came after several years of negotiations and planning to line up financings for the purchase came from the federal Land and Water Conservation Fund.

A national environmental nonprofit, the Conservation Fund, purchased the land from the Ripleys, then shortly thereafter sold it for the same price to the Park Service. The commonwealth of Virginia, the Chesapeake Conservancy and other groups were advocates for Wethe preservation and purchase of the land.

Under terms of the sale, the Ripleys retain the right to live on 5.6 acres of the site for the remainder of their lives. Most of the property consists of former farm fields, woods and wetlands.

Werowocomoco will remain closed to the public for approximately two years or more, until interpretations and visitor amenities are in place. More archeological work may be required, too. In time, Werowocomoco is expected to be one of the most significant places on the John Smith trail.

The trail, launched in 2006, is a collection of land- and water-based sites that follow the route of Smith’s explorations in the Bay and its rivers in the early 1600s. The park service continues working with state, local and nonprofit partners to develop connections between the sites and improve visitor opportunities.

“Based on what we know, there are very few sites of this iconic nature along the trail,” said Chuck Hunt, superintendent of the National Park Service’s Chesapeake Bay office. “Smith interacted with Powhatan and Pocahontas and other American Indians there. It’s an important part of pre-American history, and it set in motion a lot of events that led to where we are as a nation.”

Artifacts indicate that the core of the inhabited site covered approximately 50 acres, but the purchase includes buffer areas to preserve the largely undisturbed landscape. An 18-month planning process, slated to begin later this year, will tackle questions about the site’s future.

“Modern Indian tribes will be extremely important partners,” Hunt said. “We’re very fortunate that the Virginia tribes are with us today and will help make sure we share the story in a way that is sensitive to their heritage.”

Federal, state and local government partners will participate in the planning, as will nonprofit organizations and archeologists. The general public will be invited to provide input, too.

“We want to make sure we take our time and get it right,” says Hunt. “There’s only one Werowocomoco.”

For further reading, the National Park Service recently published a handbook, “Virginia Indians at Werowocomoco,” distributed by the University of Virginia Press and available at local and online book vendors.

It could be years before most people will be able to visit, but we would suggest putting a quiet and scenic corner of Gloucester County, Virgi…

PennyWise Episode 88: 5 tips to consider if you're giving gift cards this holiday season

PennyWise Episode 88: 5 tips to consider if you're giving gift cards this holiday season

How to talk to kids about school shootings

How to talk to kids about school shootings

A visitor looks over the water of Werowocomoco during an event celebrating the easement in 2013.

Werowocomoco owner Robert Ripley shows visitors around his land in Gloucester in June 2013.

This site on the York River in Virginia has been identified by archeologists as the location of Werowocomoco, a historic Indian town where explorer Capt. John Smith was taken as a prisoner while exploring the Bay.