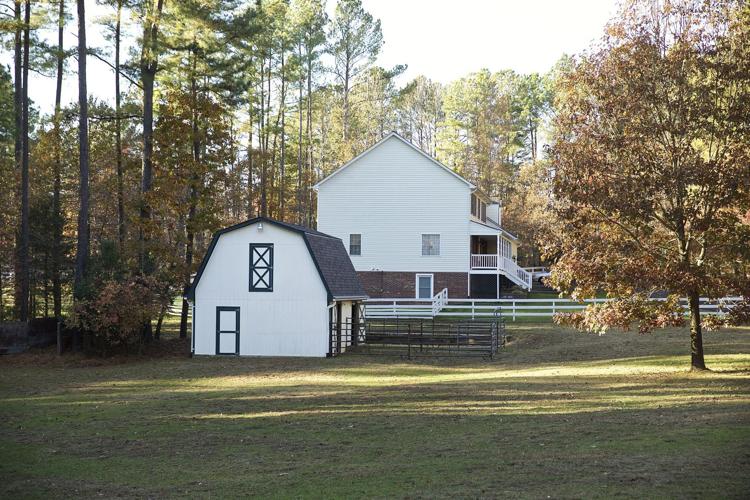 Stafford authorities say Lance Buckley killed his wife and daughters, then took his life. The family was staying at his parents’ home on Wilderness Court. 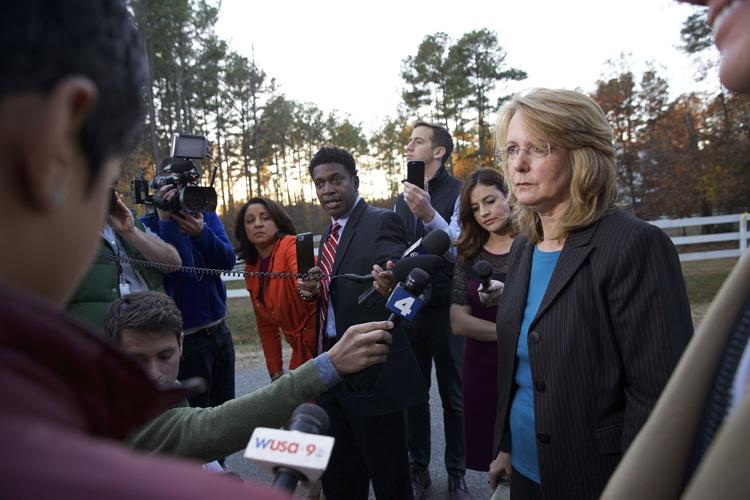 The Stafford County man who apparently killed his wife and two young daughters before taking his own life called 911 Thursday morning to report "three murders and a suicide," according to a Sheriff's Office news release.

He then identified himself as Lance Buckley and hung up the phone, the release stated. The Sheriff's Office this morning identified those killed as Lance Calvin Buckley, 35; Amy Buckley, 30; Claire Buckley, 5; and Abigail Buckley, 18 months.

After the 911 call at 8:41 a.m., deputies responded to the Windsor Forest home in northwestern Stafford and found four bodies on the first floor, the news release stated. Deputies are continuing to investigate the incident.

Authorities responded to the home in the northwestern end of the county on Thursday, and sheriff’s spokeswoman M.C. Morris Moncure identified the four victims only as a 35-year-old man, a 30-year-old woman, a 5-year-old girl and an 18-month-old girl.

The statement released did not include the names of the victims, how they died or when the deaths occurred. Moncure said police were still dealing with “next of kin” issues.

However, a police source later confirmed that the adult victims were Lance and Amy Buckley, and that the husband is suspected of killing his wife and the girls before taking his own life.

Bonnie Thomen, who moved to Windsor Forest in 2004, said she casually knows Lance Buckley’s mother, who also lives at the home where the deaths took place. Buckley moved into his parents’ home with his wife and two young children last year, she said.

Lance Buckley was in the news last year. He went missing on May 5, 2015, after catching a ride to Howard University, where he was enrolled in a Ph.D program. His family thought he was graduating a few days later, but he did not.

He was found at the Brunswick Family Campground near Harper’s Ferry, W.Va., three days later. His wife asked for the public’s help in locating her husband at a news conference last year, saying it was “totally out of character” for him to not contact his family.

Thomen said she didn’t want to speculate on what happened and did not know who was found at the house. She said she did not know Lance Buckley or his wife, but has seen one of their children getting on a school bus.

She described the neighborhood as rural and quiet, saying: “We’ve had some tragedies, some people who have died, but nothing violent like this.”

“Everybody’s just really shocked that something like this could happen,” Thomen said. “Very sad for the family.”

During walks in the neighborhood, she said, she often sees Buckley’s mother with her horse. “We get manure from her for our garden, that kind of neighborly type activity,” Thomen said.

Deputies went to the home Thursday morning after receiving a call and spent the rest of the day there. Police tape kept reporters and others a good distance from the home while the investigation was going on.

A 36-year-old man was shot and killed Sunday night by Stafford County Sheriff’s deputies who had responded to assist him, police said.

Stafford County authorities Monday night were investigating an incident in the England Run area in which at least two people were shot.

Parents whose baby died after they smoked methamphetamine sentenced

Man convicted of rape in Spotsylvania sentenced to 30 years

A man who sexually assaulted a transgender man earlier this year in Spotsylvania County was ordered Monday to serve 30 years in prison.

Stafford authorities say Lance Buckley killed his wife and daughters, then took his life. The family was staying at his parents’ home on Wilderness Court.