In mid-May, Malik Morris, a 58-year-old inmate in one of Virginia's highest-security prisons, could barely breathe.

"I done been through a lot, but I never in my life felt like I was going to die," recalled Morris. "It was like somebody was choking me."

He was sent by ambulance to an ICU at the Southside Regional Medical Center, where he spent 12 days under care — and under guard. Recovered, he was taken back to Sussex II State Prison where he was reached by telephone last week.

There's no good place to catch the coronavirus, and prison is arguably the worst setting. Morris, who has a serious criminal record that includes murder, credits his survival in large part to the prison staff and the corrections officers who helped care for him at their own risk.

Eleven Virginia prison inmates are among the 137,000 Americans who have died from the virus.

"COVID-19 is not to be played with," said Morris, who recounted a harrowing brush with the illness and a recovery that continues. "You got to wear the mask, you go to do what you got to do because it can kill you."

Morris counts himself fortunate to be alive. However, his views lauding the prison staff are far from universal among other inmates, their families and prisoner advocates.

In late March and early April, Candace Williams, an inmate at the Virginia Correctional Center for Women in Goochland, was among the first state prisoners to become ill with COVID-19.

Although she, too, said some of the corrections officers displayed courage while she was ill, she said that the nurses and prison administration there were not prepared to deal with the pandemic and that conditions have improved little since then.

In an email to the Richmond Times-Dispatch last week, Williams insists that VCCW is still not complying with social distancing. "The hall I am on is so small when one person is walking down the hall, the other must step aside.

"The laundry room is in the area of the showers. The showers are so small that you can't take one without touching the wall and [there are] only 3 showers for 64 women," she said. "I am afraid if a second wave runs through VCCW, I won't be so lucky."

As feared, COVID-19 spread into Virginia's prison population of roughly 29,000 inmates and more than 30 facilities.

With most of the inmate population now tested, at least 5%, over 1,500 people, are known to have been positive at some point. But thus far almost 9 out of 10 offenders testing positive had no symptoms and even fewer had the kind of serious illness experienced by Morris.

The Department of Corrections says the widespread testing of inmates allowed them to segregate those who were positive from those who were not, curbing the spread inside the prisons.

"We had to learn about it from the television. They put posters up, but nobody explained COVID-19 to us so every time somebody coughed, we assumed it was COVID-19. Every time somebody sneezed, it was like a big hysteria. You know what I mean, because nobody had information," he said.

"They would tell us that we're all right and then somebody would test positive," he said. "I can't say that they [the prison staff] really did bad because nobody knew what to do."

The first time Morris was tested was on April 23 when he and more than 40 other inmates at Sussex II, with a total population of 1,200 prisoners, were tested — presumably after potential exposure.

"They would test everybody in quarantine. When the results came back, they removed those who were positive and retested everyone else," he said. "Every time they did it, it was four, five people that was positive. And that process went over and over and over and over."

Morris said he had two or three negative tests. And then around May 12 he started feeling ill with a fever, like he had influenza. "They came back on the 15th with the results on the test that we took the previous day and they said I was positive," he said.

"I wasn't coughing, I just was real cold, like I had the flu ... I was short of breath all the time," said Morris. He said he was not afraid at first. "Nobody really knew what was going on."

"I had a feeling that I had the virus," he said. "I was just waiting for the results to come back, though."

Once he tested positive he was moved to another part of the prison. "I really couldn't breathe then, it really got the best of me." His temperature reached 101 to 102 degrees, he said, adding that the nurses at the prison did what they could for him.

"I was only in the quarantine pod for maybe half a day," he said. That was on the 15th or 16th of May. The next day he was sent to the hospital. "When I told them I couldn't breathe [the nurse] knew what to do. She went down, got me oxygen, they called in an ambulance and I was gone."

He was placed in an intensive care unit at Southside Regional Medical Center in Petersburg. "I had no breath at all. Like I couldn't even walk 10 feet. I would be out of breath," he said.

"The first four days I stayed in ICU and then I went upstairs into a different room. It was ... a matter of them getting oxygen to my lungs ... because I had double pneumonia."

COVID-19 itself cannot yet be treated. "They said there's nothing that they could give me, so they just was trying all kinds of stuff," he said.

"Even at the hospital, they really didn't know what to do. It was like, how you say, trial by fire." But his pneumonia was treatable and he slowly recovered. As he did, two corrections officers remained in the hospital room with him.

The officers and others at both the prison and the hospital kept him going, he said. Two at a time guarded him at the hospital. "There's no cure for what I have and they both came in there every day and the nurses, too. Not just them, the nurses and everybody's who dealing with this."

"When I was at my lowest point, they were there," he said.

"I know it's their job, I know that. I know that I'm in prison, they're the CO. I understand the whole dynamic of it. They're supposed to be there. But the encouragement that they gave me — like when I needed the nurse, they [brought] nurses there. When I needed something, they made sure I got it. When I needed to laugh, they told me a joke. And it might not seem like a lot, right then, but it was a lot for me because I didn't have anybody else. It wasn't like I could call home or had family there. I didn't have anybody but me. But I had them."

His condition improved and after tested negative for COVID-19, he was sent back to Sussex II on May 28.

When he returned, he said, there were only four inmates in quarantine. "I was gone maybe 12, 13 days. The time that I was gone, I really expected when I came back there would be a whole lot more people that would be sick and it wasn't," Morris said.

"At first, in the midst of the chaos, everybody thought they could have done it better. But after I sit and look at it and after I see what's happening in the world, I have to say the institution did a pretty good job of containing it as best they could."

"They pretty much isolated people with it," said Morris. "That's not to pat anybody on the back. I'm just speaking from how I see it."

He wrote a letter to Beth Cabell, the Sussex II warden, asking her to thank the officers and staff for saving his life.

"I understand how hard it must be, to have to deal with somebody who has an untreatable virus. Not only were they kind, they made me feel human. They were nothing but professional across the board," he wrote.

Last week on the telephone, Morris, serving two life terms with no hope of parole, said he thought long before he decided to write the letter.

"I have to give the institution a really good grade on how they handled it, not that I'm pro institution or anything like that — just speaking the truth," he said.

He said he has still not returned to full health. "I got an inhaler now because sometimes I get short of breath," he said. "I find myself wheezing sometimes at night so I just take a little inhale and it'll be OK." 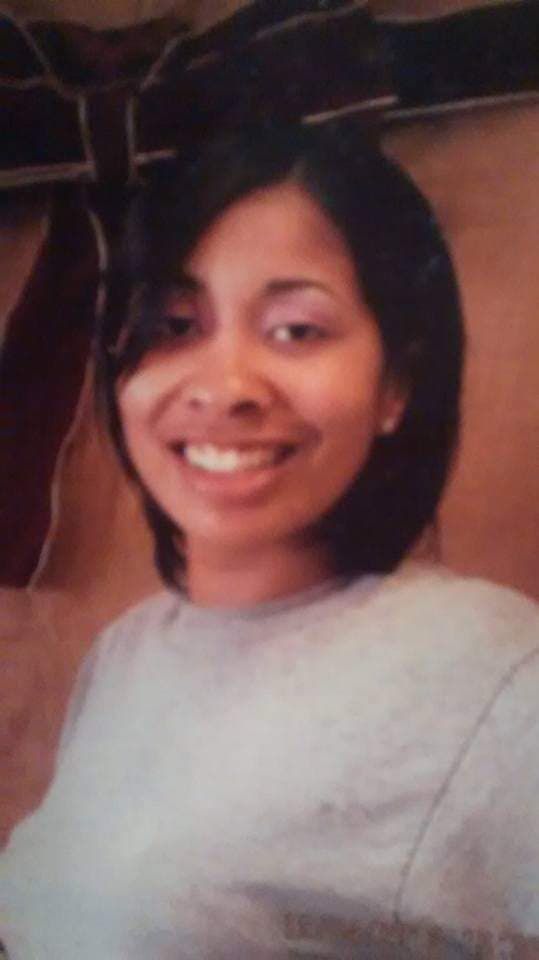 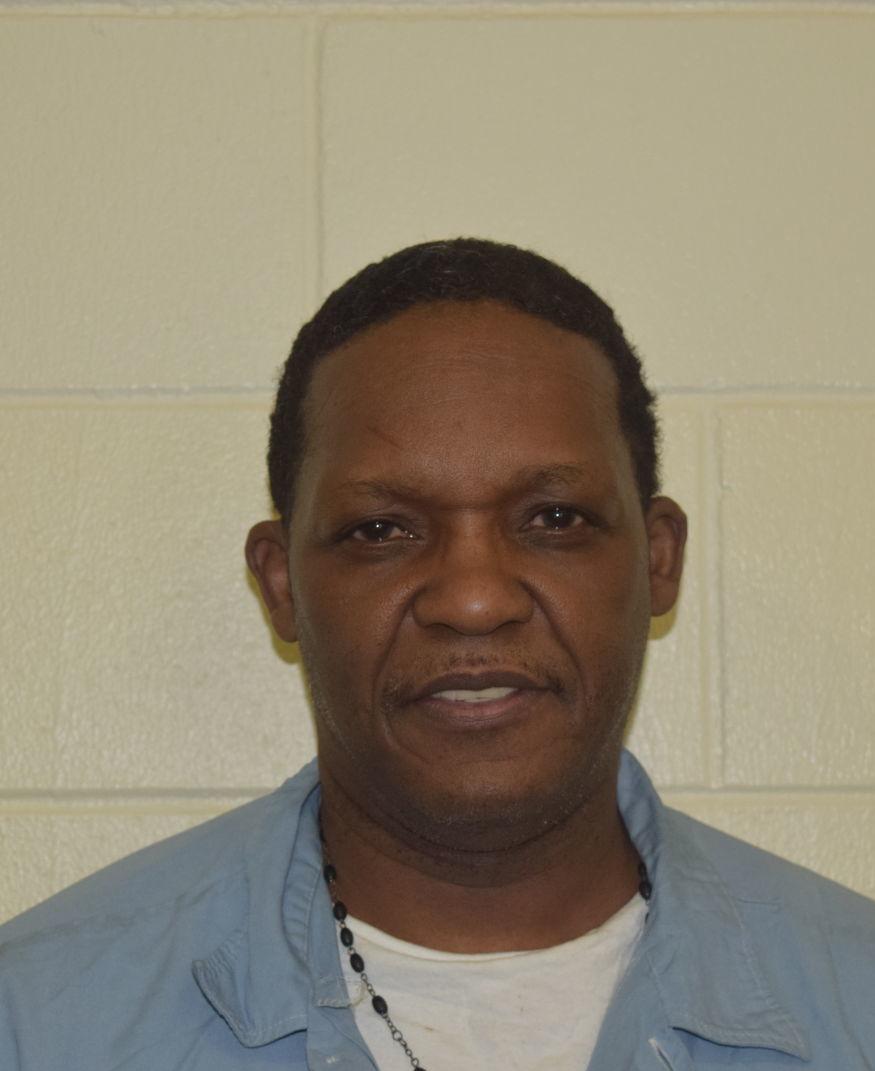