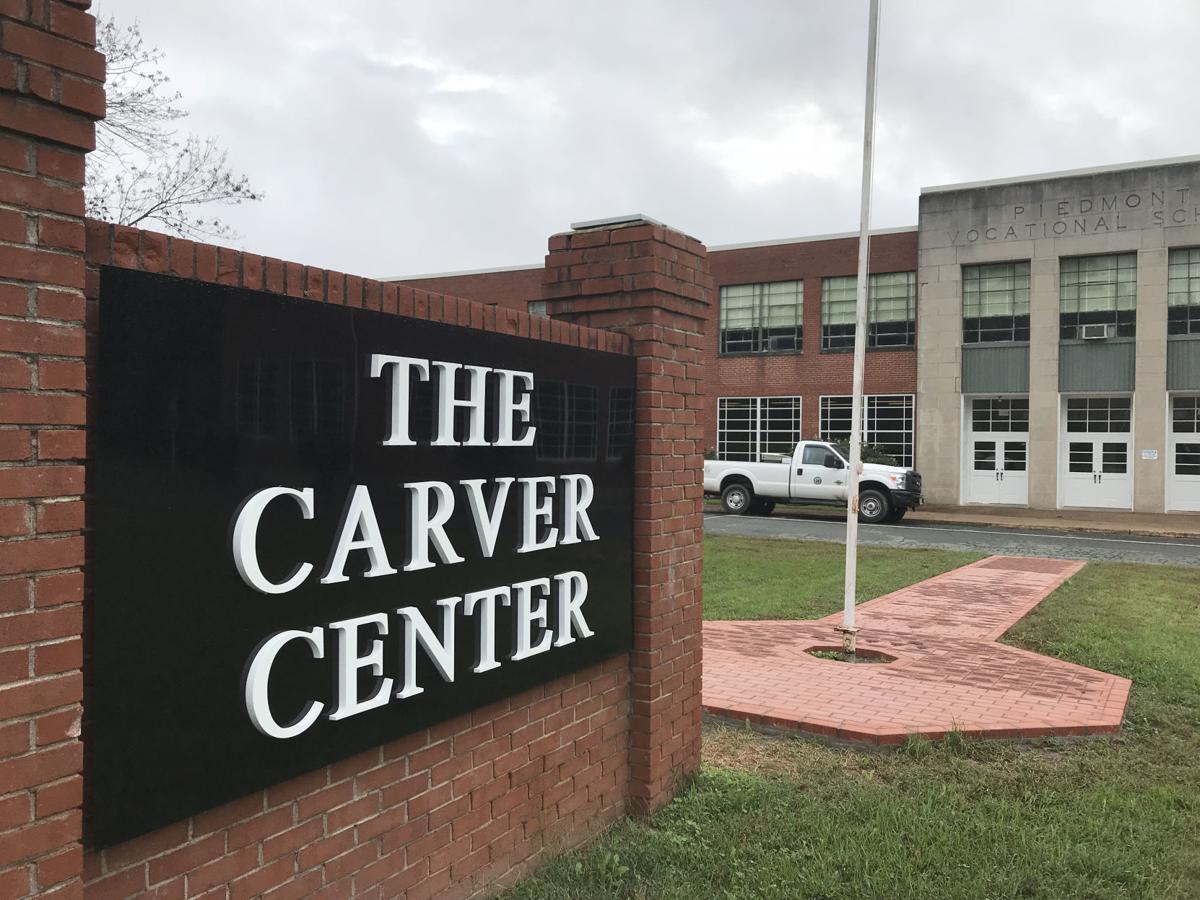 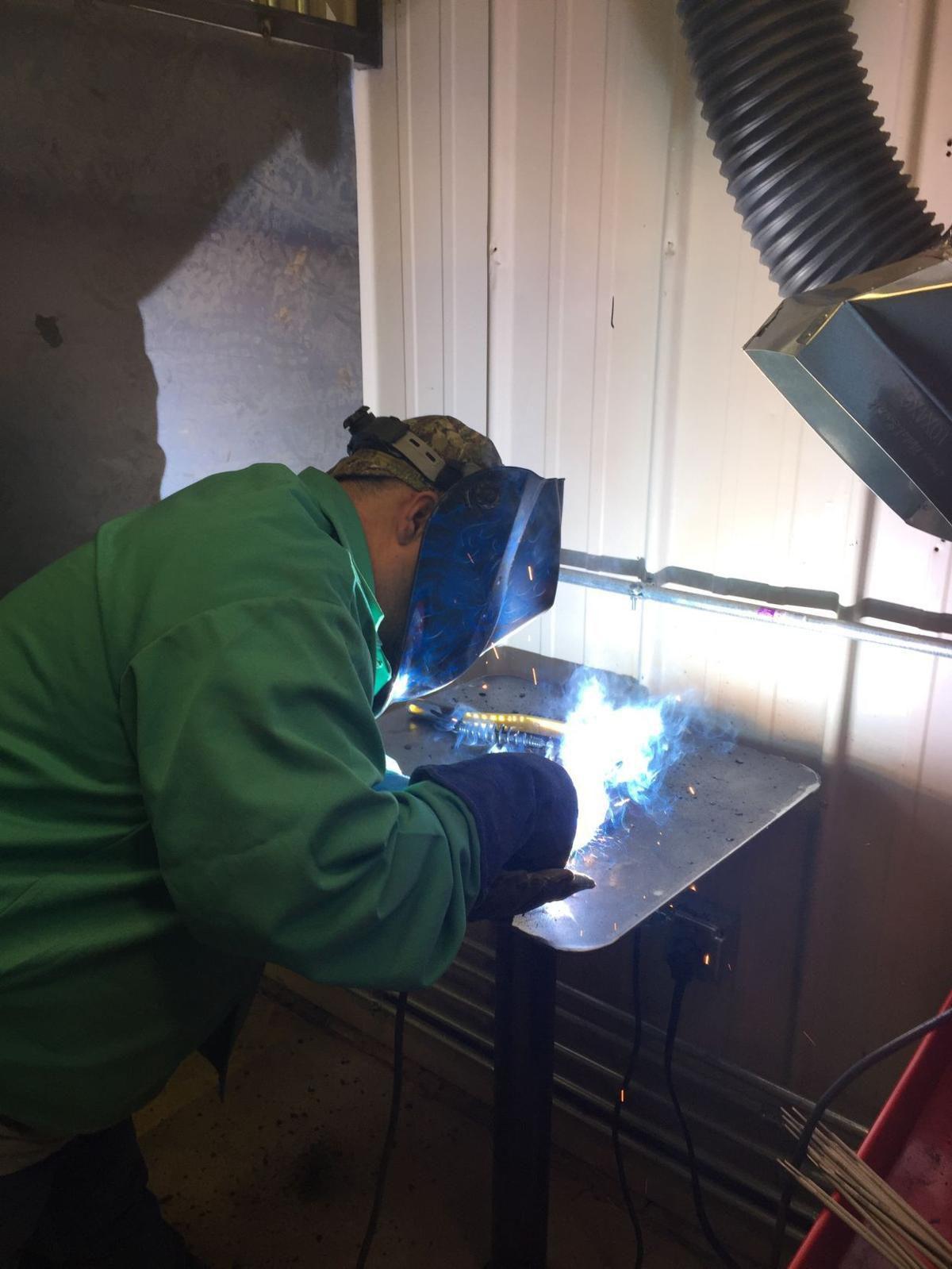 An American Institute for Welding student practices the trade on the Carver Center campus in this 2017 file photo. Germanna Community College is slated to take over the program at the Culpeper County site. Classes will begin there on Feb. 29, and ten students are already enrolled.

Germanna Community College is slated to take over the welding school on the Carver Center campus on U.S. Route 15 in Culpeper County.

The Culpeper County Board of Supervisors at its meeting Tuesday unanimously approved a short-term license agreement for the local community college to operate the welding program in the former location of American Institute for Welding, now closed.

Opened in the summer of 2016 by company president Robert Hodge, the American Institute for Welding was located in a former electric cooperative training building behind the Carver Center. In 2018, Culpeper County applied for and received a $126,000 GO Virginia state grant for substantial shop improvements in the welding school and to purchase ten combination welding machines.

As part of the grant-funded project, the county maintained ownership of the equipment and building.

Hodge, in an email Tuesday to the Star-Exponent, said he gave the school to one of his instructors last March after having open heart surgery. He said he later found out the school had closed.

“They have students lined up and can start immediately,” he said.

According to Egertson, after the school transitioned to new ownership and then ceased operation, the county initially found some equipment was missing from the premises.

“However, it has all been recovered,” he said.

The license agreement with Germanna approved by the board Tuesday is good through June 30, the date through which remaining GO Virginia grant funds are available for any needed improvements, Egertson said.

Per the agreement, Germanna will pay its share of utilities in the space. A longer-term agreement, including monthly rent to the county, will be in place after June 30, Egertson said.

“It’s important to get someone in there as fast as possible,” he said, adding, “Having Germanna down there on a long-term basis is a win-win versus a commercial school.”

Supervisor Paul Bates agreed, saying, “I think it is a perfect fit for Carver.”

He asked who would be responsible for maintenance costs associated with existing equipment, noting it can be costly to keep in working order.

“I would like to see the equipment in as good shape when they leave as when they get there,” Bates said.

Supervisor Bill Chase commented, “It’s a great deal for Germanna – what does it do for the county?”

He encouraged approving a long-term agreement with the college for use of the county building.

“I think it’s a good fit with Germanna, but I wish it was long-term,” Chase said.

Egertson said that would come in time, emphasizing the limited timeframe for use of the GO Virginia funds. Supervisor Jack Frazier said the short-term agreement was a good idea.

“Very few places are renting property to a third party and there is equipment actually in there,” he said, describing the arrangement as “a unique situation.”

The board approved the agreement with an amendment specifying that Germanna would be responsible for covering any cost associated with equipment maintenance in the welding school.

Ben Sherman, business & career coordinator at the Culpeper campus of Germanna, said Saturday classes are slated to begin Feb. 29 and that 10 students have already signed up. He said trained welders are hugely in demand.

Fredericksburg-area school divisions are using millions of dollars in federal relief funding in different ways, with some making significant i…

An American Institute for Welding student practices the trade on the Carver Center campus in this 2017 file photo. Germanna Community College is slated to take over the program at the Culpeper County site. Classes will begin there on Feb. 29, and ten students are already enrolled.