LYNCHBURG — Rep. Denver Riggleman, R-5th, whose libertarian views and decision to officiate a same-sex marriage set in motion an intraparty challenge, lost his bid for renomination on Saturday.

Bob Good, a former Campbell County supervisor and Liberty University employee, defeated Riggleman, whom President Donald Trump had endorsed, with 58% of the vote. Good has described himself as a “bright red Biblical and constitutional conservative.”

The voting at an unusual drive-thru convention at Tree of Life Ministries in Campbell County concluded at 7 p.m. Saturday, but party officials did not announce the results until 1:20 a.m.

The Riggleman team had been challenging ballots cast in Campbell County, Good’s home county. Riggleman alleged “voting irregularities and ballot stuffing,” and he said he would be “evaluating all our options.”

Riggleman says Republicans need to expand their base and have a “big tent” philosophy. He says he does not regret officiating last year at a same-sex wedding for two men who supported his campaign.

The controversy made the 5th District convention something of a test case for the Virginia GOP, which has not won a statewide race since 2009 and which has lost ground to Democrats in the state’s congressional delegation and the legislature during Trump’s term. Riggleman is one of four Republicans left in Virginia’s U.S. House delegation. All four serve largely rural districts.

After more than 10 hours of voting Saturday, 2,437 delegates cast ballots. The coronavirus pandemic forced convention organizers to convert it to an outdoors contest.

People drove from all over the sprawling 5th Congressional District — which spans from Fauquier County south to the North Carolina border and includes Charlottesville, Danville and all or part of 21 counties — to participate in the convention at the church.

While some people waited 10 to 15 minutes to vote, others waited more than an hour. Three men carpooled together, but one of them lived in a different locality than the other two. So they had to drive through twice. Some people working campaigns reported people leaving because the wait became too long.

“Have you ever seen anything so absurd?” said John Whitbeck, the former chairman of the Republican Party of Virginia, who had been helping the Riggleman campaign.

Despite some issues, Melvin Adams, the chairman of the 5th Congressional District Republican Committee — which organized the convention — said he thought the convention went smoothly.

Riggleman had favored using a primary, which would have given him an advantage as an incumbent with a larger war chest than Good.

“This is the most perverse way to choose a candidate,” he said Saturday.

Good supporters favored the convention because it offered them a better chance at unseating Riggleman.

Jim Ardle said he’s known Riggleman since the congressman was 19 years old. They served in the military together. He drove from the Moneta area of Smith Mountain Lake and waited more than hour in line, but he said it was worth it to vote for his friend.

“They’re tearing the Republican Party apart,” Ardle said of the people who organized a challenge against Riggleman.

Good will face the winner of the June 23 Democratic primary. The candidates are Roger Dean Huffstetler, a Charlottesville entrepreneur who lost the Democratic nomination for the same seat two years ago; John Lesinski, a former Rappahannock County supervisor; Claire Russo, a Marine veteran; and Cameron Webb, director of health policy and equity at the University of Virginia.

House Democrats are targeting the seat. On Saturday, Kyle Kondik, managing editor for “Crystal Ball” at the University of Virginia’s Center of Politics, said Good’s win moves the district from likely Republican to leans Republican.

Following his win, Good needs to resolve a problem with his failure to file his candidate qualification paperwork to the Virginia Department of Elections before the June 9 deadline. He filed it on Friday.

Del. Nick Freitas, R-Culpeper, who is seeking the GOP nomination to take on Rep. Abigail Spanberger, D-7th, also reportedly missed the filing deadline to qualify for the November ballot. The state GOP is seeking an extension from state election officials for candidates who missed the deadline.

Last year Freitas was re-elected to the House of Delegates in a write-in campaign after a paperwork problem kept him off the ballot. 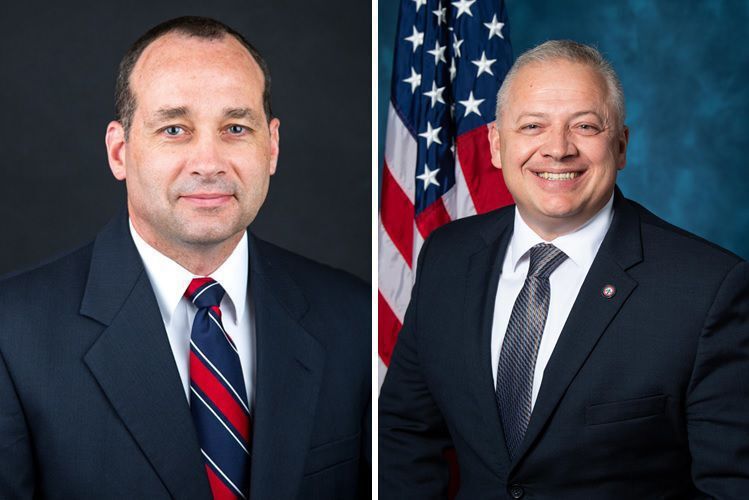 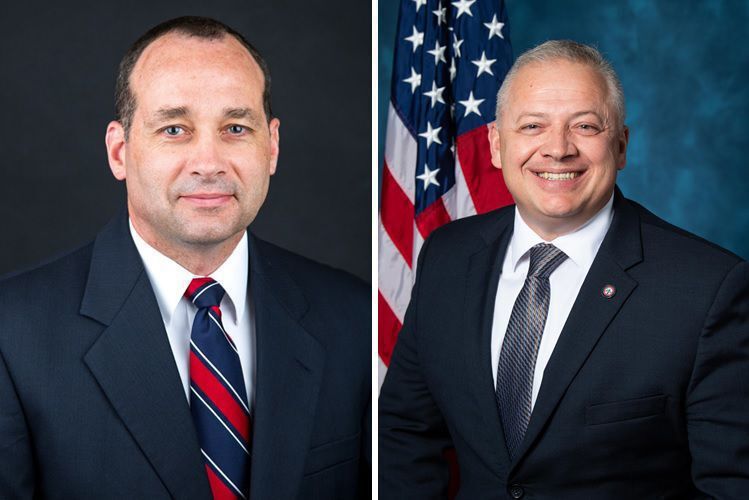