The race between Rep. Rob Wittman and Democratic challenger Qasim Rashid for the 1st District Congressional seat is in the final stretch.

With just over a week to go until Election Day, both candidates are spending the remaining days vigorously campaigning throughout the district, which includes much of the Fredericksburg area and stretches through the Northern Neck to the Hampton Roads area.

Rashid is not a newcomer to the political playing field. Last November, he failed to unseat incumbent Republican state Sen. Richard Stuart in the 28th District. Undeterred by the defeat, Rashid announced his candidacy for a shot at Wittman’s job Jan. 20.

Due partly to the coronavirus pandemic, the candidates have had only two head-to-head debates during the entire campaign cycle. Besides those events in August and September, the majority of wrangling between the two candidates has taken place on social media and through paid advertisements.

It’s now up to voters to choose who should lead the 1st Congressional District for the next four years. Wittman has held the seat since 2008.

Rashid believes the election is not only an important for working families, but for veterans, educators and others he believes are under-represented on Capitol Hill.

“They deserve a representative who will be accessible and make sure when the new Congress is in session, we’re meeting people where they are, we’re cutting taxes on working families, we’re getting ahead of this virus,” said Rashid.

Wittman said the election is important to the large number of active-duty and retired military men and women in the district, as well as the civilian component that supports the nation’s defense.

“If you look at the science, the technology, and engineering that happens in the district with our economy, the 1st District does a tremendous amount to contribute to the nation,” said Wittman.

Broadband service has become a leading issue in the district, as much of rural Virginia lacks speedy internet. Both candidates want to bring broadband to rural areas at an accelerated pace, and both have made the issue a top campaign priority. Each believes broadband is not just a convenience, but a direct tie to the economy, schools and healthcare.

Rashid, who favors treating broadband as a utility, said much of the 1st District continues to be without broadband, while hundreds of municipalities around the country have figured out the dilemma.

“And here we are, still without basic access,” said Rashid. “Our children are suffering, our small businesses are being devastated, our telehealth … this is a life and death issue.”

While Rashid said he will work to fill broadband voids in rural parts of the state, Wittman maintains there have been thousands of new connections already made within the district.

“I’m very passionate that we need to do more,” said Wittman. “The governor has a goal of covering Virginia in the next 10 years. I think we can get it much, much faster than that.”

To help revive the economy, Rashid supports sending generous cash payments directly to working families who need the money, and he supports legislation that would do just that.

“We don’t need the corporations to be the middle-man to take their cut,” said Rashid. “We need that money to go directly to employees, directly to workers, directly to small business owners at the rate of $2,000 a month per worker, backdated to March, through this pandemic and at least three months after.”

In addition to the financial assistance, Rashid wants to continue to fight the COVID-19 virus and prevent its spread.

“I want to make sure that we have a national testing plan that includes mass contact tracing, and masks available for the entire country,” said Rashid.

Wittman, who also supports another COVID-19 relief package, said while many people are struggling to get back into the workforce, many small businesses continue to lose money, as well. As the country slowly bounces back from the pandemic, Wittman favors preparing and training a new workforce to fill open jobs when the economy rebounds.

“I want to make sure people get the training they need to get into those jobs where they have even a greater potential in a career path, more earning power, and more opportunities to advance,” said Wittman.

Rashid escalated his Compassion Through Action initiative, that provided food, water and facemasks to over 2,000 people in the 1st District who needed assistance.

Wittman said he has been working on bipartisan legislation, including getting the National Defense Authorization Act through committee, as well as supporting two significant environmental bills, including the Great American Outdoors Act to help maintain public lands, national forests, parks and wildlife refuges. He also led the House passage of America’s Conservation Enhancement Act that reauthorizes the Chesapeake Bay Program.

Rashid said if he wins the election, he will continue to be accessible to all constituents throughout the district, regardless of their party affiliation.

Wittman said one of his goals after the election is his continued push for affordable health care for all Virginians.

“Bringing down the costs of healthcare and making sure individuals are in control of their healthcare,” said Wittman. “What’s best for them, managing the costs they incur, that’s an exciting realm, and I think we can accomplish a lot there.”

As of Sept. 30, Wittman had raised $1.65 million for his campaign, while Rashid had raised $1.17 million, according to the Virginia Public Access Project.

Background: Qasim Rashid is a human rights attorney and the Democratic nominee for Virginia’s first congressional district. Throughout his career, he has supported women who are survivors of domestic and sexual violence, and helped children from underserved communities. Rashid has been involved in pro bono immigration work, and has worked with the office of domestic and sexual violence at the Virginia Poverty Law Center. He has also advocated for Christians and Jews being persecuted for their faith.

A graduate of the University of Illinois at Chicago and the University of Richmond School of Law, Rashid has written numerous books, given hundreds of interviews, and testified before the U.S. Commission on International Religious Freedom to protect the rights of persecuted religious minorities around the world. Rashid resides in Stafford with his family.

Broadband shouldn’t be treated as a luxury. Not here, in the richest country on earth. Not now, in 2020. Broadband redlining is when internet cables are laid out in predominantly white and affluent neighborhoods, but low-income Black and Hispanic communities are left disconnected. Broadband redlining exacerbates a class system built on the legacy of white supremacy. Anyone who cares about closing the digital divide needs to speak out against this.

The U.S. Postal Service exists to ensure that Americans have the ability to communicate with one another and send critical goods like medicine. Its collapse will further devastate and decimate our economy.

The Black Lives Matter movement has mobilized Americans in peaceful protest to address the injustices and racism in our criminal justice system. We owe it to Black Americans like Breonna Taylor, Marcus-David Peters, and so many others to make sure that we work tirelessly to ensure that policing in America keeps our communities safe. That includes law enforcement too.

Background: Wittman is the ranking member of the Seapower and Projection Forces Subcommittee of the House Armed Service Committee and also serves on the House Natural Resources Committee, to which he brings his expertise in natural resource issues.

Wittman holds a Ph.D. in public policy and administration from Virginia Commonwealth University, a master’s degree in health policy and administration from the University of North Carolina, and a bachelor’s degree in biology from Virginia Tech. He has served in several levels of government, from Town Council to Congress. Wittman drives back and forth from Montross to Washington when Congress is in session.

The coronavirus pandemic has laid bare how essential access to broadband is to our lives. I serve as a co-chair on the bi-partisan Rural Broadband Caucus in Congress, where we work together to find commonsense solutions. I’ve helped draft legislation to improve mapping, add more money to fund broadband, and hold internet service providers accountable to ensure accurate coverage. I will also continue to work alongside Gov. Ralph Northam to expand public-private partnerships, the best vehicle for expanding broadband access to unserved and underserved Virginians.

Fighting on behalf of our national defense industry is also important to the 1st Congressional District. As the Republican leader of the Seapower and Projection Forces Subcommittee, I am working to ensure we are adequately addressing growing global threats and continuing the progress we have made in improving military readiness.

As the economy continues to open up, we need to support our small businesses and prepare potential employees to fill jobs as they become available. I remain focused on supporting policies that create more jobs, spur growth, and put more money in the pockets of hard-working Virginians. We must prioritize workforce development and continue to promote CTE and science, technology, engineering and mathematics programs to better prepare our future workforce. 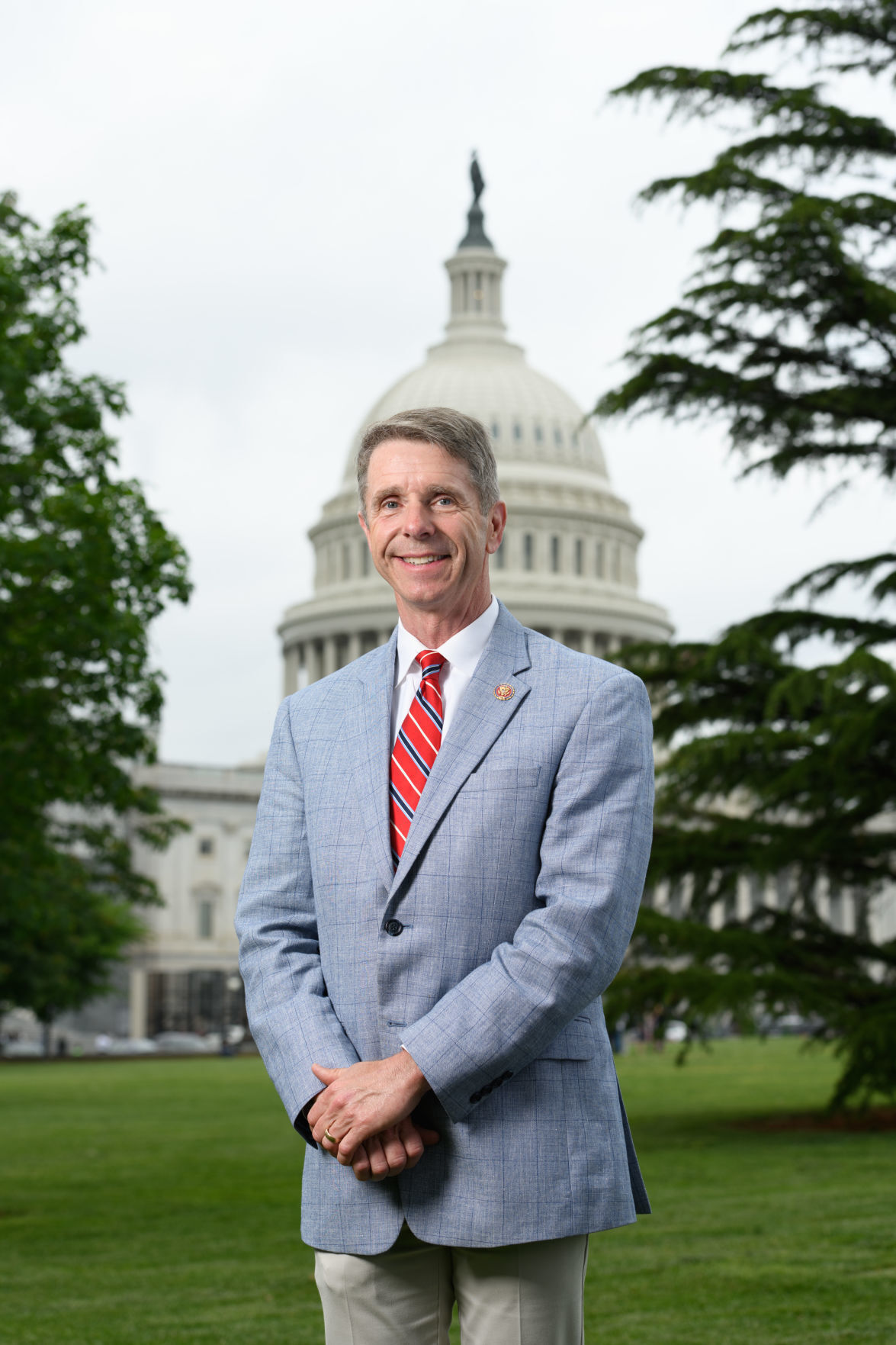 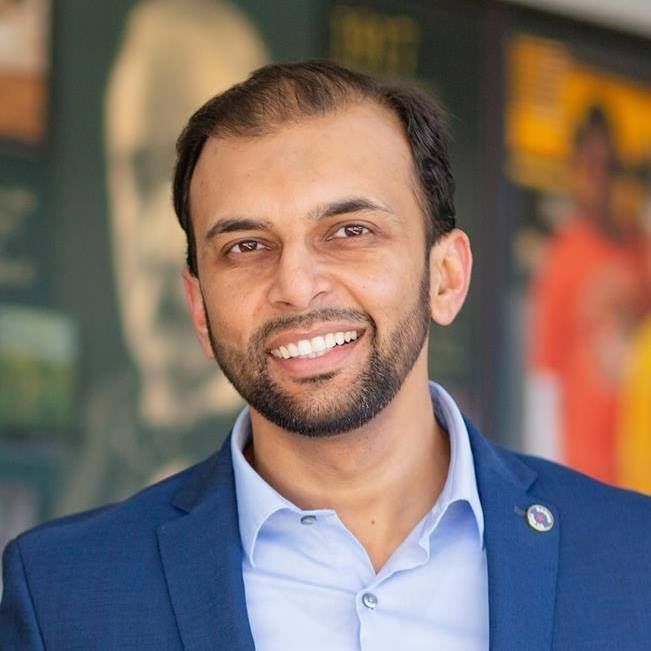