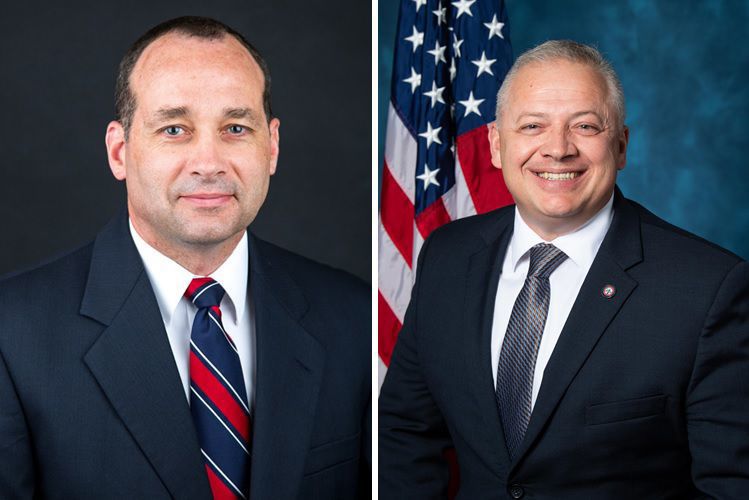 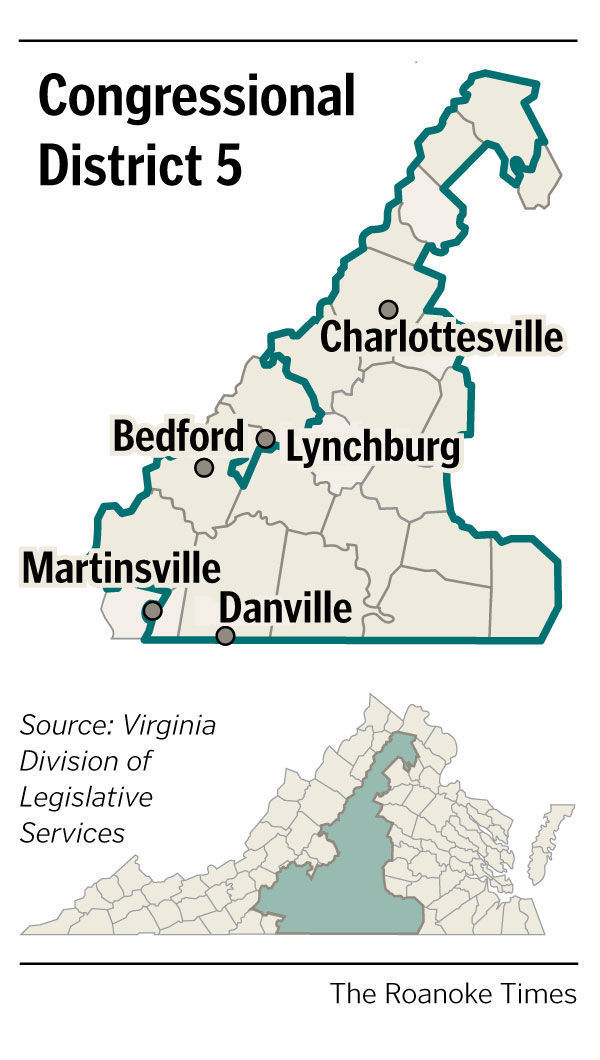 Republicans rejected a last-ditch effort from Rep. Denver Riggleman to change the location of a convention less than three weeks away when he’ll face challenger Bob Good for the party nomination.

The 5th Congressional District Committee — made up of local party leaders across central Virginia — rejected an appeal from the Riggleman campaign to block the use of a church for the convention because it’s located several miles away from where Good lives. The appeal also raised the issue of paid staff on the Good campaign serving on the committee voting on convention matters.

The appeal, which the committee voted down 24-10 Tuesday night, was the latest and likely final attempt by the Riggleman campaign to change the nomination method.

Good and Riggleman, R-Nelson, are competing in a heated race that will take place June 13 at Tree of Life Ministries in Campbell County. Delegates will travel across the sprawling district to cast votes at an all-day drive-thru convention.

Riggleman has called the process “corrupt” and accused Good of engaging in “pay-to-play” by having committee members on his campaign staff voting on convention plans. Good, a former Campbell County supervisor and Liberty University employee, said Riggleman is scorching the earth on the road to the convention because he’s going to lose.

“He knows he’s going to lose,” Good said Wednesday in an interview. “He’s acting like a challenger and not an incumbent.”

The Riggleman team has made previous efforts to change the nomination method. From the beginning, Riggleman favored a firehouse primary. That method, which would allow any Republican in the district to vote, would have been more favorable for an incumbent with name recognition and a larger pile of cash.

“The committee wanted a greater opportunity to replace him,” Good said.

Republican activists recruited Good last summer to run against Riggleman shortly after Riggleman officiated a same-sex marriage and upset social conservatives. Good said that Riggleman is out of step with conservative values.

Good supporters have been backing a convention, which is limited to a smaller number of voters, allowing faithful party activists to ensure ideological purity. Conventions also increase the chances a newcomer can oust an incumbent.

Some Republicans are growing more concerned about the burdensome conventions they are setting up, where people have to drive for hours and spend all day somewhere to cast a ballot. Republicans planning the convention have raised issues of access to bathrooms and how long people would have to wait in line in the church parking lot before they could fill out their ballots.

“Conventions are synonymous with corruption,” Riggleman said during a telephone town hall on Tuesday. “A lot of it has to do with how you can manipulate the process for a candidate who is weaker than the one in office or somebody else running against them.”

When the committee had to cancel its original plan for a traditional indoor convention because of the coronavirus pandemic, many Republicans expressed interest in offering multiple voting locations throughout the district so people wouldn’t have to drive far to Campbell County.

Riggleman’s campaign suggested suing the Virginia Department of Elections to get the race onto the June 23 state-run primary ballot. The committee rejected both proposals.

“Any red-blooded Americans who think conventions are a way to pick a candidate in Virginia, they should see what I seen over the past few months,” Riggleman said.

Riggleman argued using Tree of Life as the convention location benefited Good, who would have home field advantage. (Good does not worship at Tree of Life, which has been a widespread rumor published in some media reports). The committee has used the location for a convention in the past.

Riggleman has focused more of his criticism on the issue of two of Good’s paid campaign staff voting on convention decisions.

Earlier this month, two paid Good staffers and another person who is his campaign bookkeeper voted to stick with using one location for the convention. Had those three people not voted, the measure would have failed. That would have opened the door for multiple voting locations, which Riggleman supporters favored.

Riggleman’s appeal demanded that those three people not be permitted to cast future votes on convention issues or participate in convention planning discussions.

At a committee meeting Tuesday night to take up the appeal, numerous members said it was common practice across Virginia for committee members to also get paid to work on political campaigns. Committee members are expected to disclose their conflicts.

However, neither the Republican Party of Virginia nor the congressional committee’s rules prohibit them from casting votes on issues related to the candidates they work for.

“Folks, we have a chance here to set an example for our district, for our commonwealth,” said George Urban, chairman of the Albemarle County Republican Committee. “This isn’t just about politics. This isn’t about what everyone does everywhere else. This is about what we believe is right and wrong, and we have an opportunity to set an example. I’m greatly troubled about the perception we have a corrupt committee.”

A few Republicans who voted down the appeal acknowledged that rules need to change so that those who have a conflict of interest don’t vote on matters related to their conflicts. They want the state party to do that.

“It comes down to personal morals and ethics,” said Renee Maxey, who voted against the appeal and serves on the party’s central committee.

Republicans say they are ready to end the bitter battle between Rep. Denver Riggleman and Bob Good and picked June 13 for the convention to choose their party nominee.

Rep. Denver Riggleman is being himself

A small number of Republicans on a congressional district committee tried to censure Rep. Denver Riggleman because he officiated a same-sex marriage earlier this month.

An athletics official at Liberty University intends to challenge Republican Rep. Denver Riggleman for the party nomination next year.

FAUQUIER — Republicans in Virginia’s 5th Congressional District chose a convention to pick their party nominee next year, setting up a competition between Rep. Denver Riggleman and at least one other opponent.