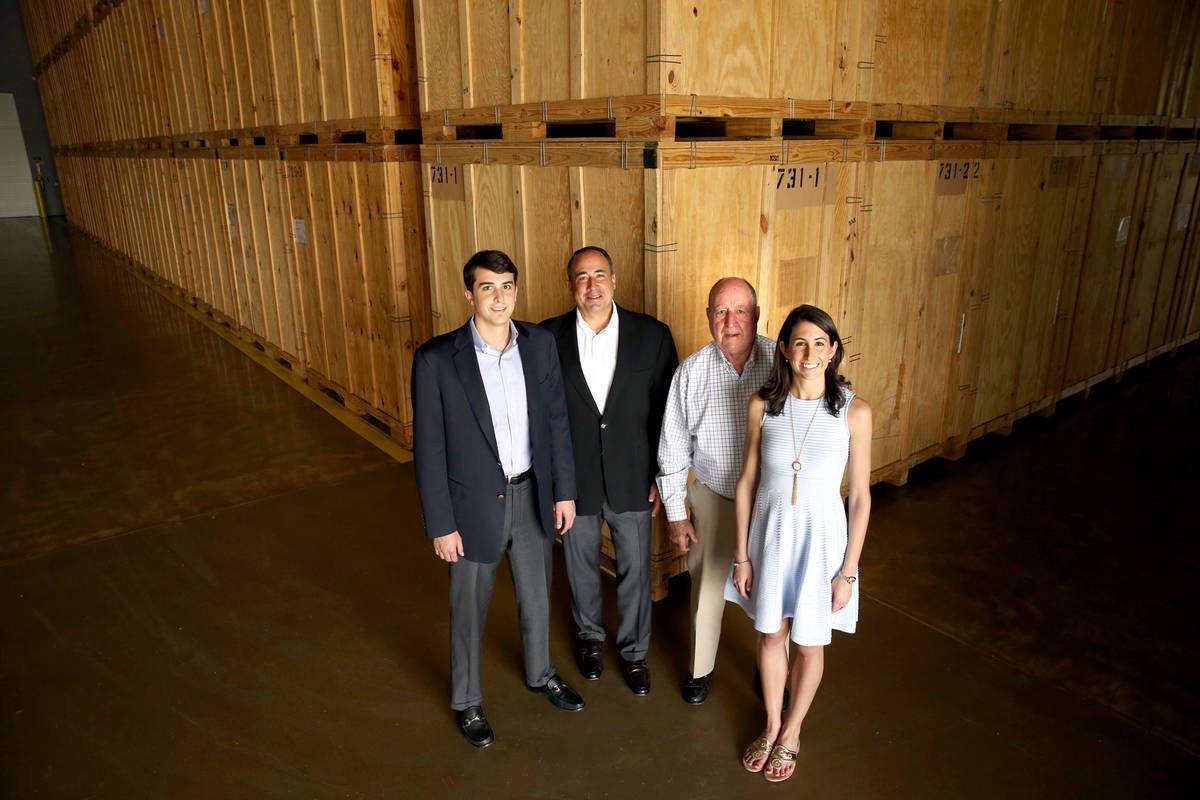 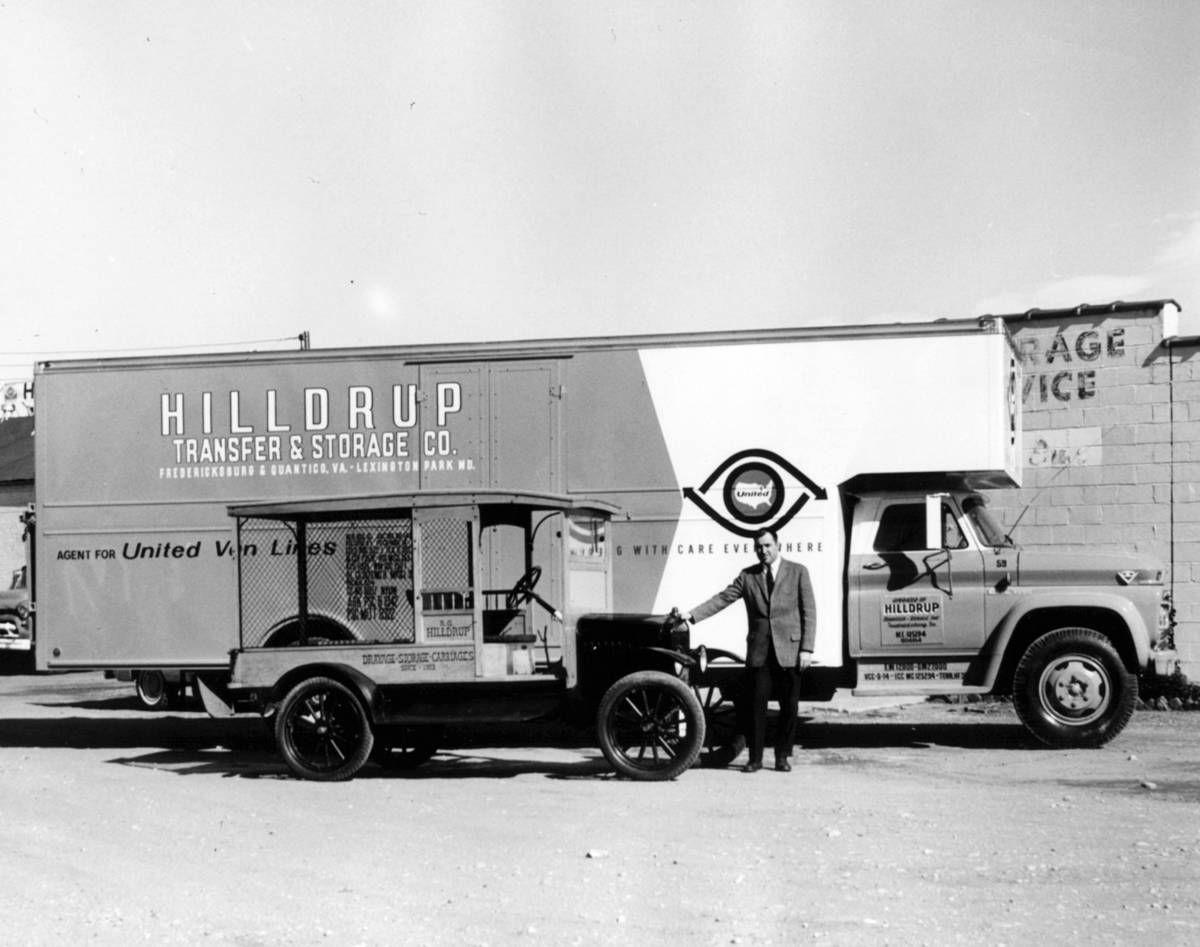 In this photograph from the 1960s, Charlie G. McDaniel stands next to a classic Ford to show Hilldrup’s progress. 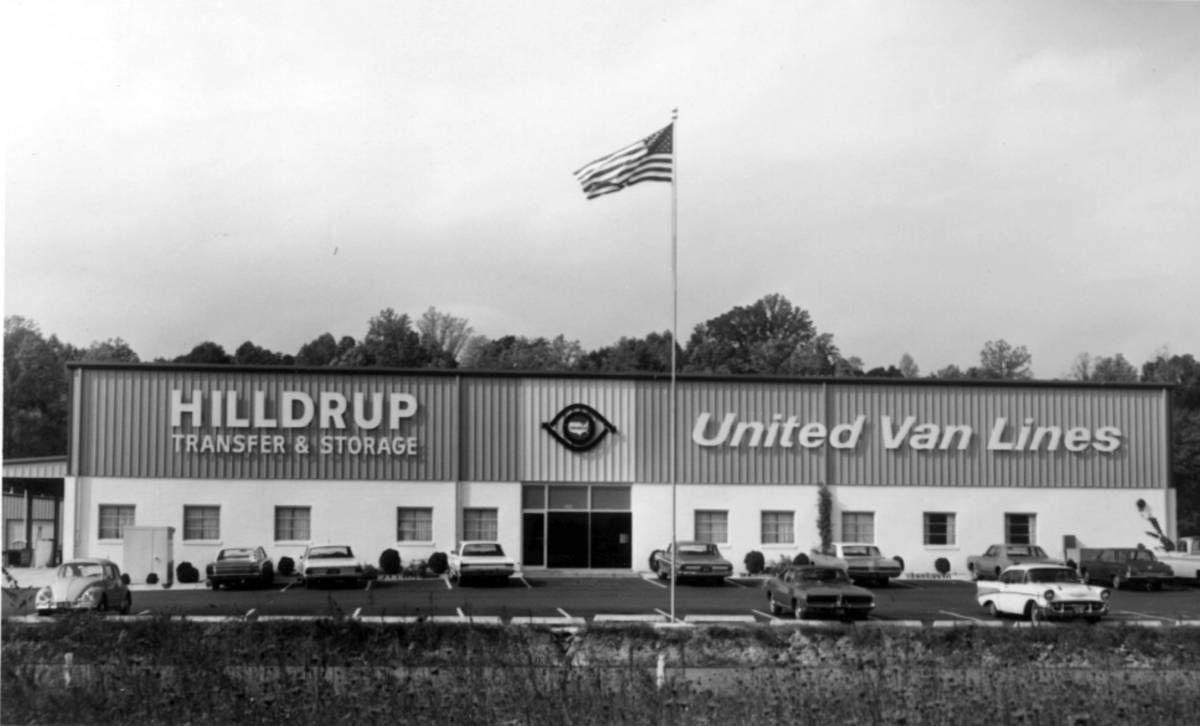 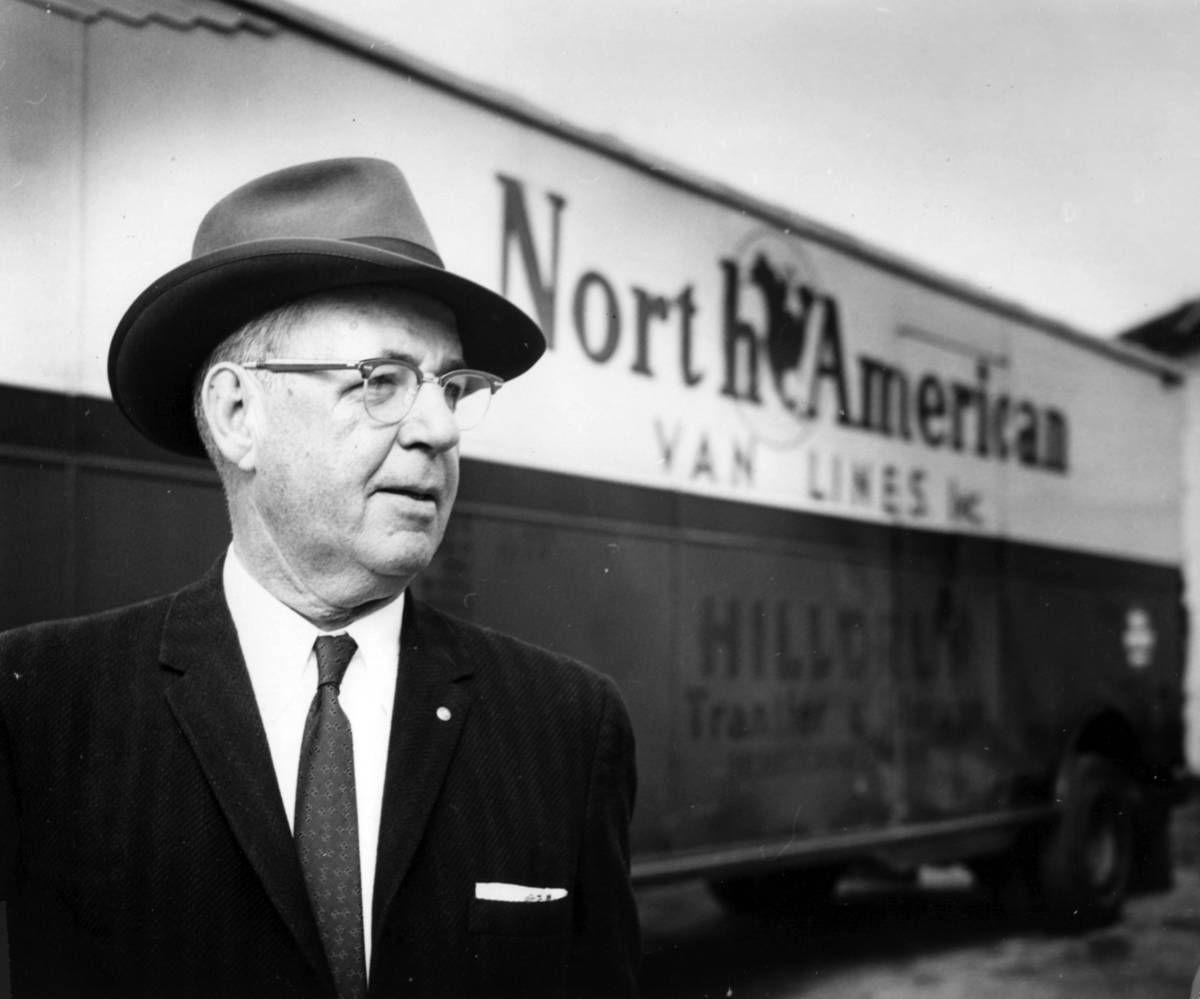 Charles B. McDaniel purchased Hilldrup in 1940.

BY LINDLEY ESTES / THE FREE LANCE-STAR

Siblings Jordan McDaniel and Charlie S. McDaniel started out at Hilldrup the same way their father did, and their grandfather before him: sweeping floors and helping out in the company’s warehouse.

Charlie S. McDaniel, 22, said he started in the warehouse in seventh grade. The recent University of Virginia graduate is now a management trainee working in client relations.

“I was always interested in it; growing up, it was hard not to be,” said his older sister, Jordan McDaniel, 25 and also a U.Va. graduate. She recently returned to the company after working in marketing in New York City.

Their father, Charles W. McDaniel, 52, said the moving and storage company, now in its fourth generation of McDaniel involvement is “a business you have to learn from the ground up.”

Hilldrup, founded in 1903, is among the region’s oldest locally-owned businesses, and is also its largest, with 750 employees.

From its 38-acre corporate campus in North Stafford, Hilldrup managed 10,000 international moves and 25,000 domestic moves in 2015.

Many family businesses fall victim to “shirtsleeves to shirtsleeves in three generations,” a proverb that means wealth gained in one generation will be lost by the third. But Hilldrup has entered the fourth generation of McDaniel involvement with no sign of slowing down.

According to the Family Business Institute, a business services firm, 88 percent of family business owners believe the same family will control their business in five years, but succession statistics undermine this belief.

The institute contends that family business succession planning is the key to ensuring continued growth under the leadership of new generations.

“We’ve worked hard at succession planning,” Charles W. McDaniel said. “While family is important, you have to make business decisions. If that includes family, great. Many family businesses fail because they make family decisions, not business decisions.”

According to an article in the January–February 2012 edition of the Harvard Business Review, the failure of family business is not inevitable. The article offers three suggestions for business owners:

Don’t force family members to join the business if they are not passionate about it. Don’t let family members who fail in other ventures use the family enterprise as a fallback position.

Understand that the family sometimes grows too large to ensure everyone can work in the family business. If you want to find room for everyone, develop strategies to expand the business along with the payroll.

Hilldrup was founded in downtown Fredericksburg by R.G. Hilldrup around the turn of the 20th century as a livery stable, and transitioned into a means for locals to transport goods into town from the river and railroads.

In those early days, Hilldrup kept horses in an alley behind its William Street offices to pull its first transport vehicles.

Carrying baggage was a large part of Hilldrup’s business, and Charlie G. McDaniel said carrying trunks for girls who attended Mary Washington College was a big boon for the company when they moved in and out during the school year.

McDaniel, now 76, started helping out at Hilldrup when he was 12 and still serves on the company’s board.

R.G. Hilldrup had no children to inherit the business. McDaniel’s father, Charles B. McDaniel, purchased the company in 1940. He had moved to Fredericksburg to find work during the Great Depression, and worked his way up in the company.

Hilldrup partnered with United Van Lines in that era to expand its services and moved its facilities in Fredericksburg multiple times and eventually to Midway in Stafford County on Jefferson Davis Highway, where it is today.

As an equity partner of United, Charles W. McDaniel sits on the board of directors for its parent company, UniGroup Inc.

In 1976, Charlie G. McDaniel became the third president of the company, a year after taking the company national with offices in Orlando, Fla. He held the title until 2005, when he handed it off to his son.

“Each generation improves operations,” he said.

Charles W. McDaniel said his focus in the last 15 years has been reaching out to the global economy. That has involved increasing contracts with corporations to facilitate employee moves and coordinating moves internationally.

As manager of digital media, Jordan McDaniel has worked on rebranding the company.

Previously known as Hilldrup Moving & Storage, the name was shortened to Hilldrup and its online features are getting user-friendly updates.

“What we bring is a new outlook,” she said about her and her brother’s involvement. “We want to digitally reach a younger demographic and make the experience easier for consumers.”

Charlie S. McDaniel has been on the road facilitating moves. With his sister, he is part of rolling out a new video estimate feature to make moving more convenient for their clients.

The feature uses video streaming to conduct in-home estimates without a representative needing to visit the location.

“I always knew I was going to come back,” he said. “I just dove back in right after college.”

“If they’re successful, it’ll be because they work hard, not because of their last name,” their father said. “I’m excited, honored they wanted to come back.”

Pfizer shot expands to US children as young as 12

In this photograph from the 1960s, Charlie G. McDaniel stands next to a classic Ford to show Hilldrup’s progress.

Charles B. McDaniel purchased Hilldrup in 1940.