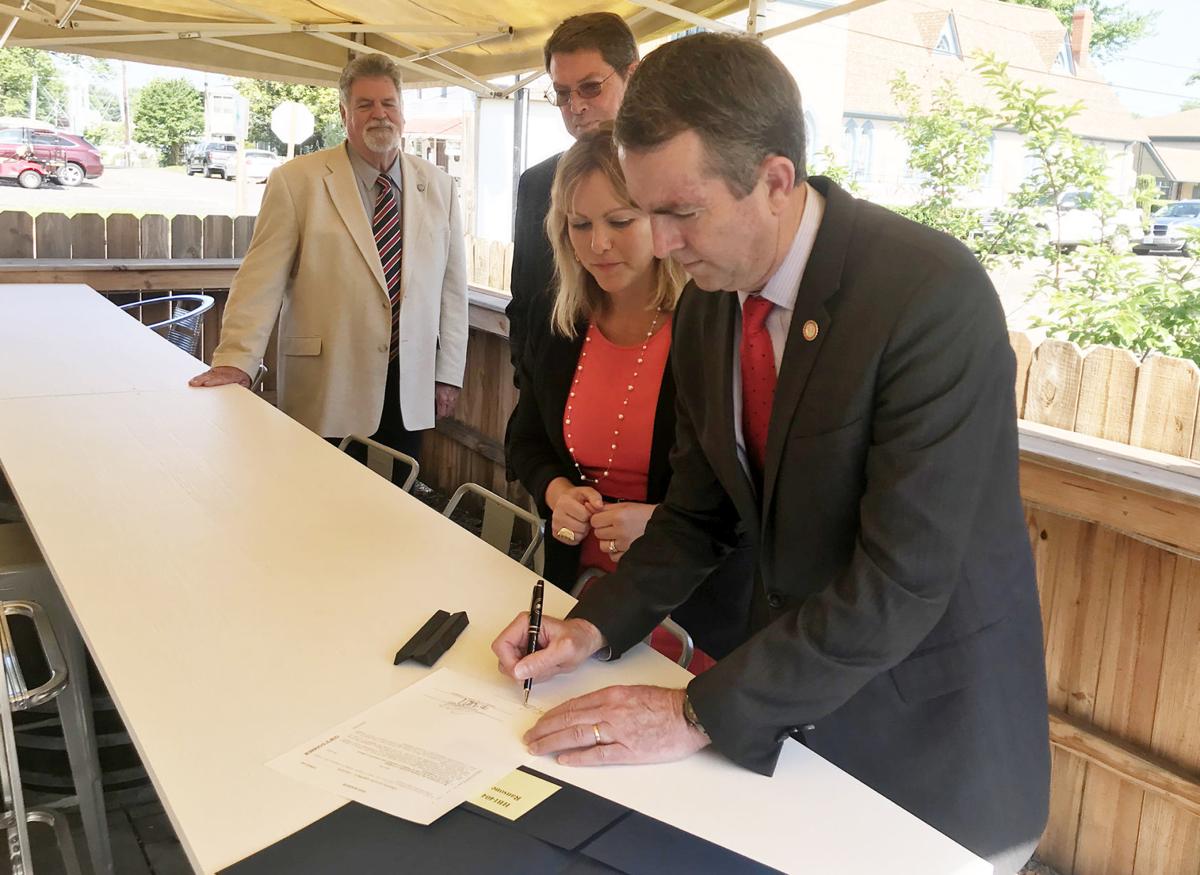 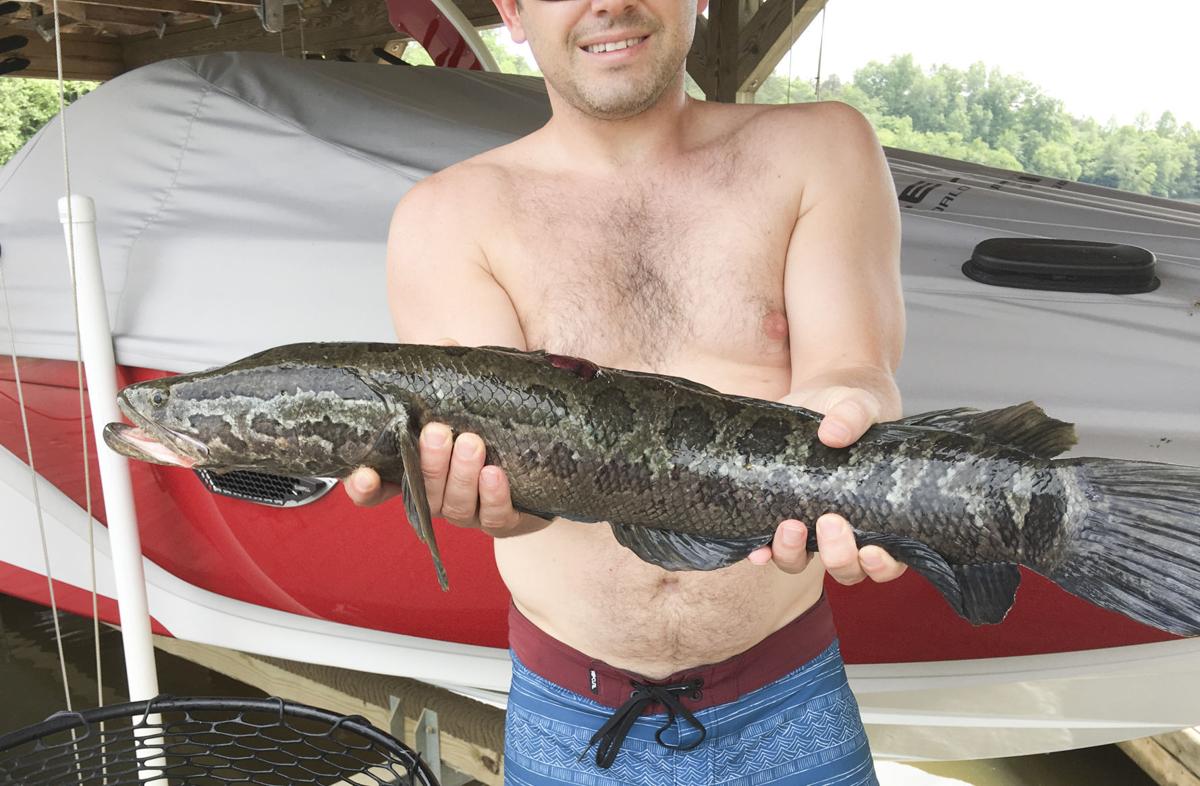 A sign outside a Colonial Beach restaurant advertises wild-caught seafood that is “fresh, never frozen.”

But the mantra does not apply to snakehead fish, despite the non-native species’ prevalence in the nearby Potomac River. Virginia law prohibits restaurants from selling the fish, which have also been found in Aquia Creek, the Rappahannock River and even Lake Anna.

That’s about to change.

“Alright Rocky, fire up the grill, we’re ready to go,” Northam told restaurant owner Rocky Denson after signing the bill under a canopy on an outdoor deck.

Rocky and Blaire Denson say they plan to put snakehead on the menu as an appetizer as soon it becomes legal in July. They will serve fried “snakehead bites” with a remoulade dip.

“Malicious, yet delicious” is how a good friend of Rocky Denson’s describes the freshwater predator, which will eat just about anything.

The legislation sailed through the House of Delegates and Senate, despite past concerns that commercializing snakeheads would encourage people to stock waterways with the fish from Asia. Some experts worry snakeheads, discovered in the Potomac 14 years ago, will displace native species by eating their food, or the native species themselves.

But Northam said the bill is designed to control the snakehead population while also benefiting the restaurant industry. Restaurants must purchase the fish from certified distributors.

Ransone emphasized the health benefits of snakeheads, notwithstanding Denson’s plan to serve them fried. It’s already legal to sell snakeheads in Washington and Maryland.

“As a mom and a person that’s trying to introduce new fish and new things to the table … it’s important,” Ransone said.

Northam—a Democrat—and Stuart traded some playful jabs during their remarks at the bill signing. Northam, who described Stuart as a good friend, said the senator always comes up empty during their fishing outings.

“I have heard that these snakeheads are fairly easy to catch,” the governor said. “They say they’ll hit anything. So I would just encourage Sen. Stuart to take this opportunity after we sign this bill to go out there and … practice up and hone his fishing skills a little bit.”

Stuart joked that it was the other way around—he reeled in a lot of fish while Northam did not catch a thing.

Northam replied to laughter: “But remember, I’m a doctor, he’s a lawyer. So ya’ll can make your choice on who you want to believe.”

Stuart went on to describe snakeheads as “incredibly tasty” despite their appearance.

“If you clean that thing and clean it right, it looks like a freshwater mahi-mahi, and that’s the truth,” he said. “Maybe we need to rename it something other than snakehead.”