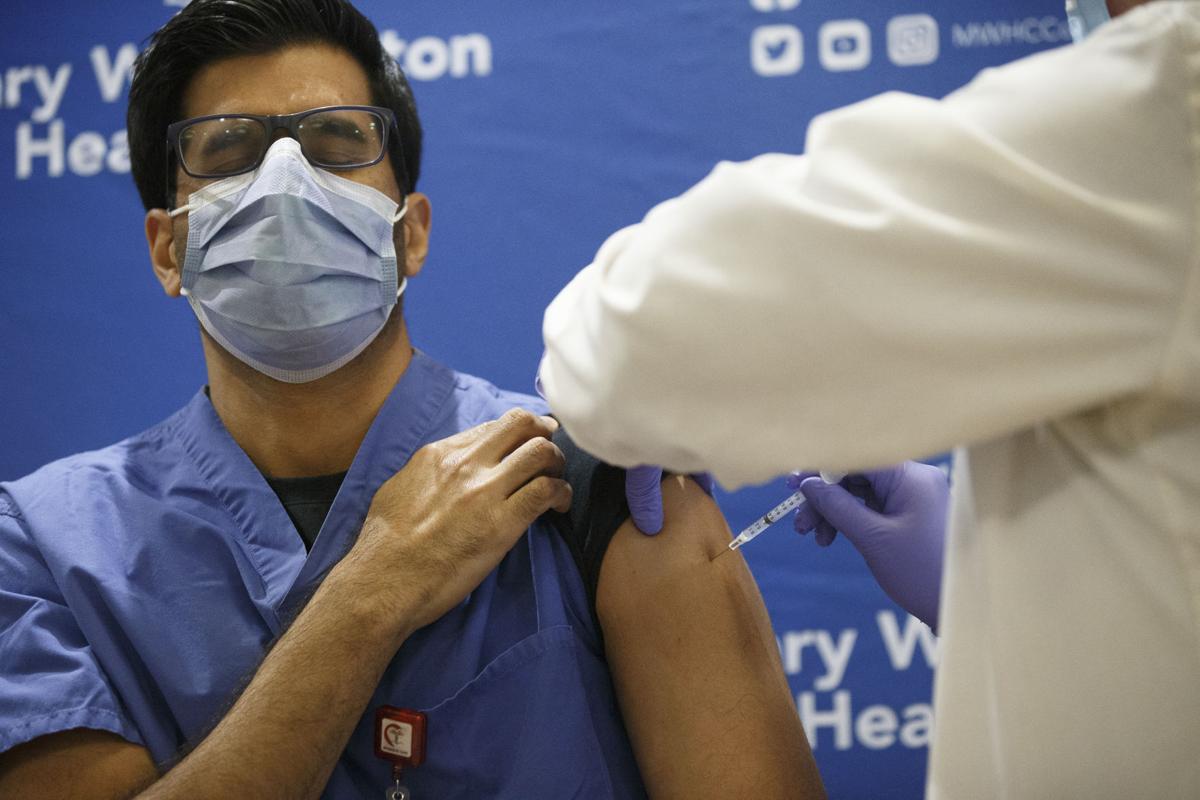 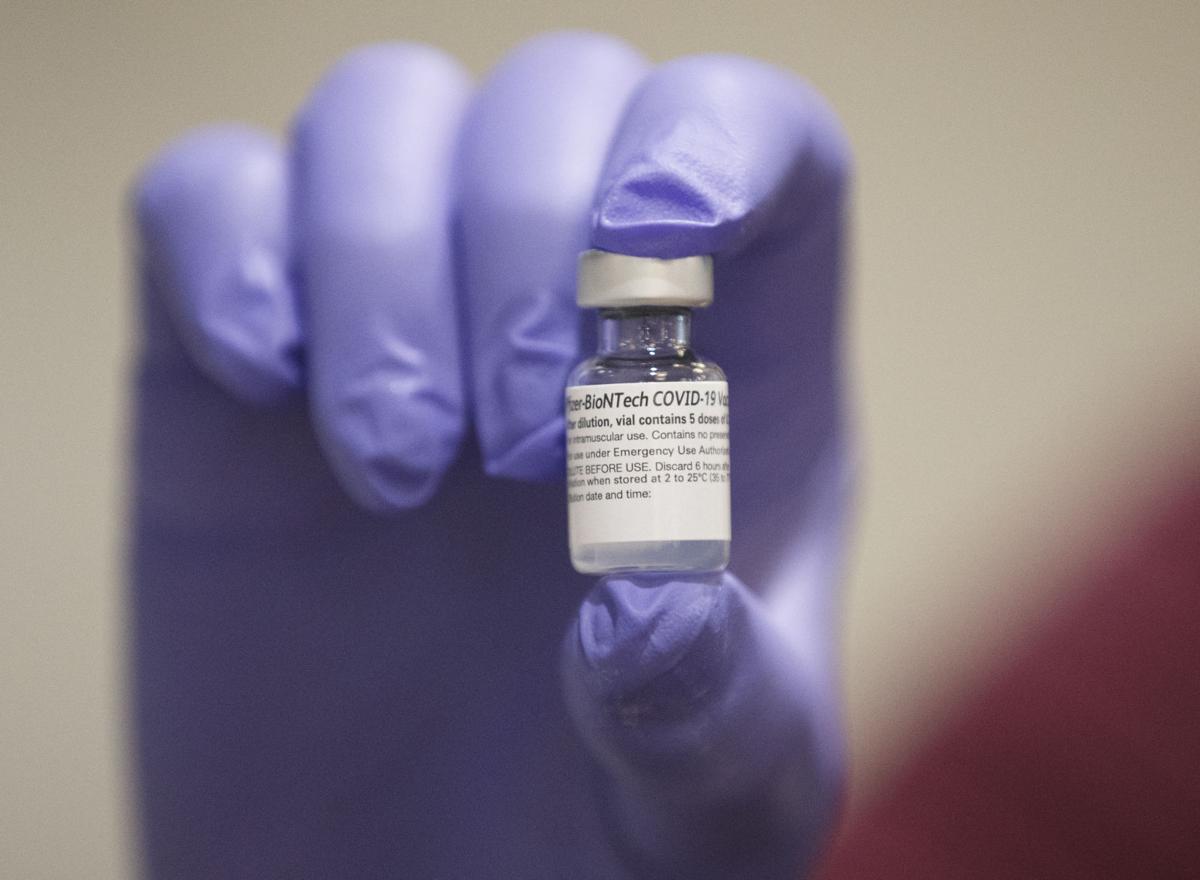 Chills, body aches and low-grade fevers are never pleasant, but in the case of the COVID-19 vaccine, those ailments may be a good thing.

People may develop mild flu-like symptoms, particularly after the second dose of the two-part vaccine, according to state and local health officials. They caution the aches and pains don’t mean the person is getting the virus or having a reaction to the vaccine. Instead, they indicate the body is stepping up its defenses to build immunity against COVID-19.

“Most of the symptoms are from the immune response, which is a good thing because it means you’re mounting a response,” said Dr. Christopher Newman, chief medical officer of Mary Washington Healthcare.

Explanations and answers to oft-asked questions—about safety, effectiveness and how soon people outside the medical field will be able to get it—were the talk of town halls last week. State officials explained on Wednesday how the vaccine works and answered questions from residents across Virginia, and Mary Washington Healthcare officials did the same on Thursday.

While the COVID-19 vaccine is new, the science behind it has been around for decades, said Dr. Costi Sifri, who deals with infectious disease and international health at UVA Health in Charlottesville.

It’s a messenger RNA vaccine, which means it identifies a specific genetic code to send to the body. The code tells the body to produce viral proteins to fight COVID-19, and those proteins help the person develop an immunity to the virus.

“Once we understood what the genes were, the genome of this virus, they were able to take that protein messenger RNA and put it into this platform within two months of its first identification and get it into clinical trials,” Sifri said.

He said that’s why the vaccine was developed so quickly and not because it was rushed through the government process.

Unlike the flu, which may develop new strains from one year to the next, the COVID-19 virus hasn’t shifted or changed—at least not yet, he added.

Several in the town halls’ virtual audience wondered if the vaccine is a weakened form of COVID-19 and if they’d develop the respiratory disease by getting vaccinated. Sifri said the vaccine doesn’t deliver the full virus—just “the most important gene” in terms of triggering the body’s immune response.

“You can’t get COVID-19 from this vaccine,” he said. “It’s just biologically impossible.”

‘MOST HAD NO REACTION’

Mary Washington Healthcare has been holding two vaccination clinics daily, except on the weekend, since it got its first shipment of 1,900 doses on Tuesday. Spotsylvania Regional Medical Center also started vaccinating its workers, who were among almost 3,000 HCA Virginia employees in the central part of the state to receive the shots.

They followed guidelines from the Centers for Disease Control and Prevention, along with the Virginia Department of Health, which recommended that front-line hospital workers be immunized first. They are to be followed by others in the medical field, then essential community workers and people who are at high risk for developing serious cases. Next would come the general public.

By Friday, hundreds of local health care workers had been vaccinated, Newman said. Some had tenderness at the injection site, and a few had body aches and a low-grade fever. “Most had no reaction,” he said.

When the vaccine will be available to the general public was another hot topic at the town halls. Mary Washington Healthcare will work with the Rappahannock Area Health District to set up vaccination clinics, and many of those details are being ironed out, said Allison Balmes–John, health district spokesperson.

“I know folks have been calling our call center to ask if they can get added to the list, but there is no list,” she said.

Local health districts are expecting more state guidance on how those at risk will be identified and notified—and they’ll be sharing information as they know it, Balmes–John said. She asked for patience from the public, given the newness and constantly evolving situation.

The current projection is for local health workers to be vaccinated by the end of January, Newman said. Essential workers and people over 65 and with preexisting conditions probably would be vaccinated by February and March.

Then, “everybody who’s healthy would be [vaccinated] by the second quarter of next year,” Newman said.

“We’re really hoping as we get to June that anybody who’s wanted the vaccine will have access to it.”

The vaccine is available at no cost, although providers may pass an administrative fee on to insurance companies, said Dr. Norm Oliver, state health commissioner. A federal fund will cover those fees for people who don’t have insurance so no one will have to pay out-of-pocket expenses, Oliver said.

In addition, the vaccine is strongly recommended—but not mandatory—even among those who are closest to the sickest, Oliver said.

“There was a lot of talk about hesitancy early on, but as you’ve seen in recent days, people are excited,” Oliver said. “This is definitely the light at the end of the tunnel.”

Soon after Pfizer’s vaccine was approved in the United Kingdom and two health care workers there developed allergic reactions, Dr. Andrew Kim started fielding questions from patients about the safety of the vaccine. He’s the medical director of Allergy & Asthma Centers, which has an office in Fredericksburg.

Initial reports from the U.K. suggested anyone with food or seasonal allergies—or anyone who needs an EpiPen to counter reactions to everything from bee stings to peanuts—should not be vaccinated.

Kim believes such statements “don’t serve the public.” He points out there’s no food proteins in the Pfizer vaccine, so there’s nothing that would trigger a reaction for the estimated 10 percent of adults with food allergies.

Likewise, the category of people who believe they have a severe reaction to medicine may be much smaller that imagined. Studies suggest one of every 10 people believes he or she has a reaction to penicillin, but Kim said 90 percent of those who’ve been tested for it actually do not.

Some may have been allergic as children, but “it wanes over time,” Kim added.

That’s why he believes the chance of someone having a vaccine allergy— “true anaphylaxis,” in which someone has life-threatening condition such as difficulty breathing—happens once in a million people.

State health officials pointed out that the vaccine had not been studied among pregnant or breastfeeding women. It has not been approved for children, only those 16 and older.

In addition, federal recommendations suggest that people who have a history of a severe reaction to a vaccine or an injectable medicine, or a history of allergy to one of the vaccine ingredients, should not be vaccinated.

Anyone with concerns about their individual health situations are encouraged to speak to their medical provider.

Dr. Ebony Hilton, an anesthesiologist at UVa Health, acknowledged the fear surrounding the COVID-19 vaccine during a statewide forum, but added that “you can’t name one medicine that doesn’t have a potential side effect.”

But she didn’t want to take public concerns lightly, saying there are four specific groups who are leery of the vaccine.

First are Blacks who have a lingering distrust of doctors as a result of past practices, such as the Tuskegee Syphilis Study. Started in 1932, the study was supposed to look at Black males who had “bad blood,” but researchers instead documented the impact of syphilis, without the participants’ knowledge. In addition, the doctors never provided treatment, according to the Centers for Disease Control and Prevention, even though penicillin had become widely available by 1947.

Hilton, who is Black, pointed out that the study at Tuskegee Institute in Alabama didn’t just last a year or two; it went on for four decades.

In addition to concerns from Black people, some undocumented immigrants are reluctant to get the COVID-19 vaccine because they fear they may be deported, Hilton said.

Next are the “anti-vaxers,” people who have been saying for decades that vaccines are not safe, Hilton said. The final category are people who believe “COVID-19 is nothing to be concerned with, like the flu.” Health officials have to acknowledge their concerns.

“It is on us in the medical community” to listen, provide information and be “true and transparent” in documenting reactions and side effects, she said.

Hilton was the first one vaccinated at UVA Health in Charlottesville, and she’s keeping a COVID-19 dairy on her business website, https://www.goodstockconsulting.com/. Others are documenting their vaccine experience on the Sharecare app.