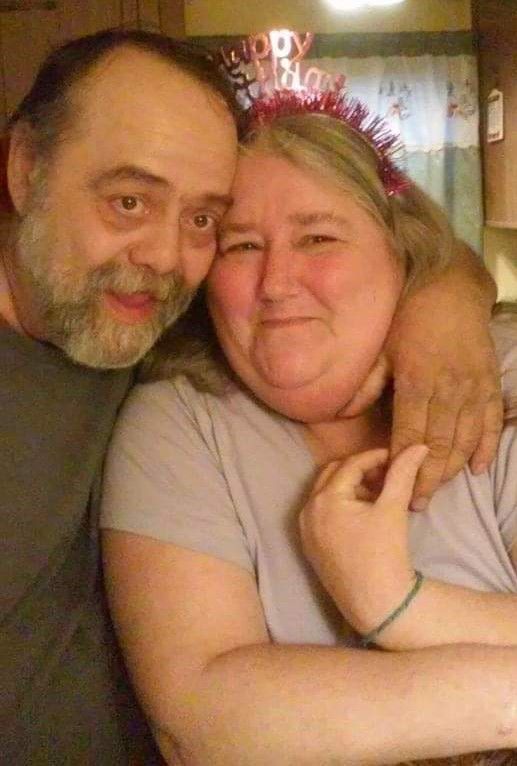 Garry and Karen Burner would have marked their 43rd anniversary today. 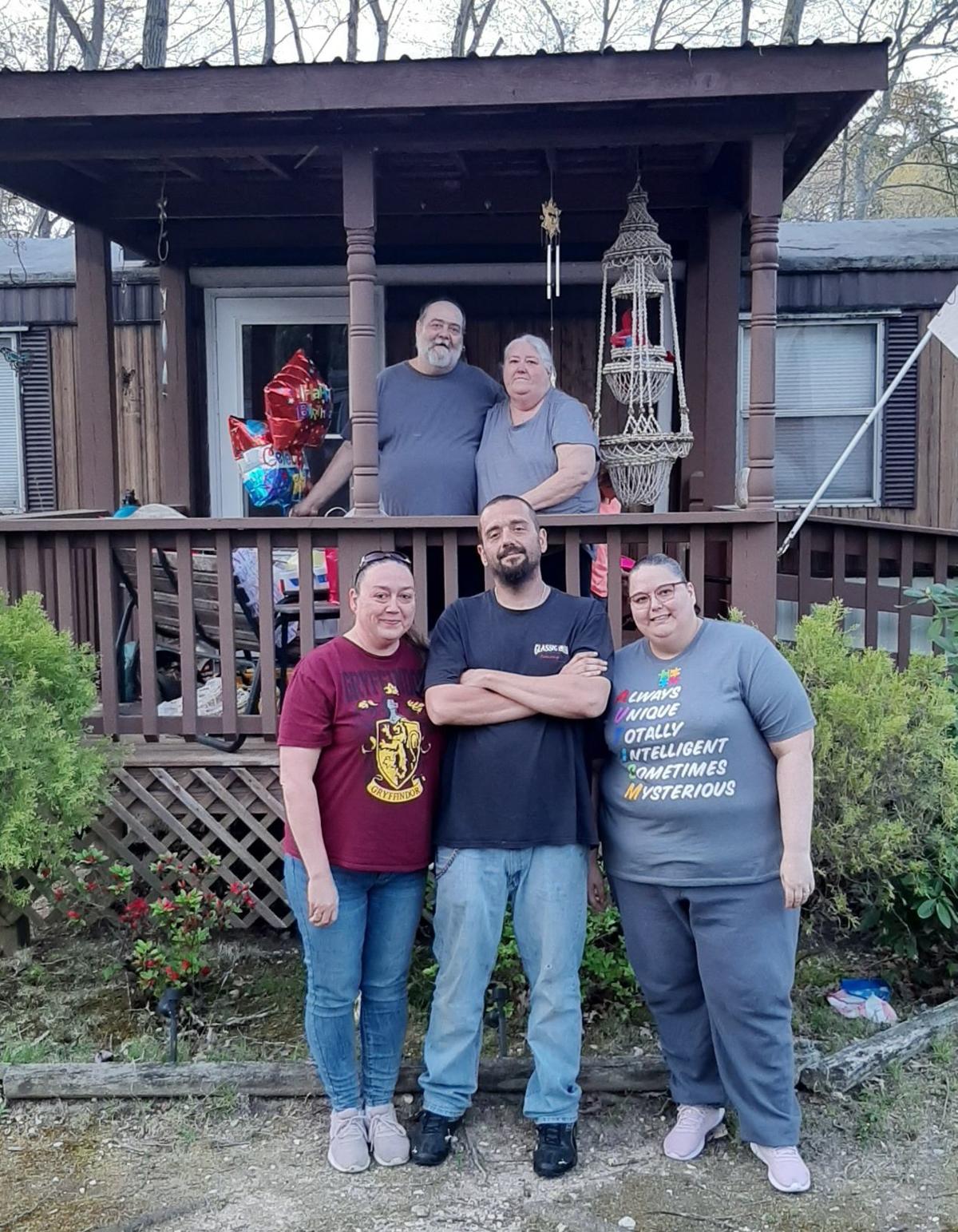 Garry and Karen Burner (back) pose with their children on April 9. Robin, Garry Jr. and Carrie in April.

Robin Burner couldn’t let her father die anonymously, another entry in the ever-growing tally of deaths associated with COVID-19.

“I will not just stand by and let his death be another statistic,” she said.

She wanted people to know that Garry Lee Burner, 63, of Woodford in Caroline County did test positive for the novel coronavirus and was being treated at Mary Washington Hospital. But she believes heart failure ultimately caused his death—he’d had a major heart attack eight years ago, followed by mini strokes.

“I just can’t stand the fact of people saying he died from this virus,” she said. “Yes, he had it and it probably made him weaker, but in my heart, I don’t think that’s what he died of. I think he had a heart attack.”

Garry Burner, a master craftsman who spent 44 years with a lumber manufacturing company in Alexandria, was identified as the second person in Caroline to die from COVID-19 and was reported last week as 12th fatality in the Rappahannock Area Health District.

He started getting sick April 21, his daughter said. He suffered from allergies, but the typical over-the-counter medicines weren’t helping. When he developed a fever, he ended up at the hospital.

The first test for COVID-19 was negative. The family was relieved, only to learn that one of his co-workers had tested positive.

Burner was tested again and it was positive. His son, Garry Burner Jr., who works at the same business, was tested along with other family members, and all tested negative.

Meanwhile, the elder Burner was given oxygen and treated for pneumonia. On Friday, May 1, he was sent home with an oxygen tank. A home health nurse who visited him three times said his vital signs looked good.

He was improving. Once more, his family breathed a sigh of relief.

“We thought, he’s going to beat this, he’s good,” his daughter said.

Then, in the early hours of Thursday, May 7, Burner told his wife, Karen, that his insides hurt and he was having trouble breathing. She called 911, and he unlocked the door to their trailer so rescuers could enter the home.

He sat down and put on his shoes. He was holding his left side, according to his wife, who watched him through the plastic partition their son had put in place to keep the two quarantined from each other. Then she saw him lift up his right arm like it was hurting.

In 2012, Burner complained of the same pain when he had a heart attack. In the years afterward, he’d had numerous stents put in his vessels to keep the blood flowing. He also had mini strokes a few years ago, his family said.

As rescuers arrived and loaded Burner on a stretcher, Karen Burner told her husband she loved him. The two would have celebrated their 43rd wedding anniversary this Thursday. He said something the first responders couldn’t make out—the family believes he told his wife he loved her, too.

Burner’s body went “kind of limp,” according to his wife, but she thought he was still breathing. She texted Robin to say the rescue workers had taken him. About 10 minutes later, she texted again to say the rescue squad hadn’t left the driveway, and Robin tried to reassure her, saying first responders probably were getting him situated.

Then, rescuers called the home. The voice on the other end said Garry Burner was gone. His heart had stopped beating in the ambulance, and he couldn’t be revived.

Robin Burner believes her father should not have been sent home in the first place, given his underlying conditions. But by all accounts, he was improving. She said that rescuers who came to get him on May 7 noted he didn’t have a fever and that his oxygen levels were good.

People with a history of cardiovascular disease do face an increased risk of more severe complications with coronavirus, according to the Mayo Clinic. The two dominant issues are heart failure, when the heart muscle doesn’t pump blood as well as it should, and abnormal heart rhythms that can be related to the infection or to the effect of medications used to treat the virus, said Dr. Leslie Cooper, chair of the Department of Cardiology at Mayo Clinic.

In addition, it’s up to doctors to determine what’s written on a person’s death certificate as the cause of death, said Dr. Donald Stern, acting director of the local health district. A clinician can note other contributing conditions, such as diabetes or heart disease, but there can be only one primary cause of death, he said.

“They don’t take one death and count it three times,” he said about state officials who compile annual mortality rates for each disease. “They take the primary cause of death.”

Robin Burner also wants people to know her parents, who were making plans for his retirement when they could spend even more time with their seven grandchildren and great-granddaughter, were doing everything public health officials advised.

Her father wasn’t able to telecommute so he still had to go to the job site in Alexandria, until he got sick. Beyond that, the couple stayed to themselves and didn’t see other family members.

For Karen Burner’s 60th birthday on April 9, the family did a drive-by celebration, then their three children—Robin, Gary and Carrie—posed for a photo in front of the trailer. The parents stood on the deck; their children stood below, on the ground.

“We were doing everything we were told to do,” Robin Burner said. “I just don’t want it to seem like we were being irresponsible.”

Across Virginia, there were 946 new COVID-19 cases between Tuesday and Wednesday, one of the highest increases in a 24-hour period, to date. Some of the new cases may be attributed to testing being more available. There were 36 new deaths reported in the same time frame for a total of 927 deaths statewide.

Statewide, about 17 percent of those who’ve been tested have the virus, according to the Virginia Department of Health.

In the Rappahannock Area Health District, there were 838 cases on Wednesday, an increase of 33 from the previous day. There were 413 cases in Stafford County; 270 in Spotsylvania County; 72 in Fredericksburg; 44 in King George County; and 39 in Caroline County.

Elsewhere in the region, there were 320 cases in Culpeper County; 190 cases in Fauquier County; 50 cases in Orange County; and 42 cases in Westmoreland County.

Garry and Karen Burner would have marked their 43rd anniversary today.

Garry and Karen Burner (back) pose with their children on April 9. Robin, Garry Jr. and Carrie in April. 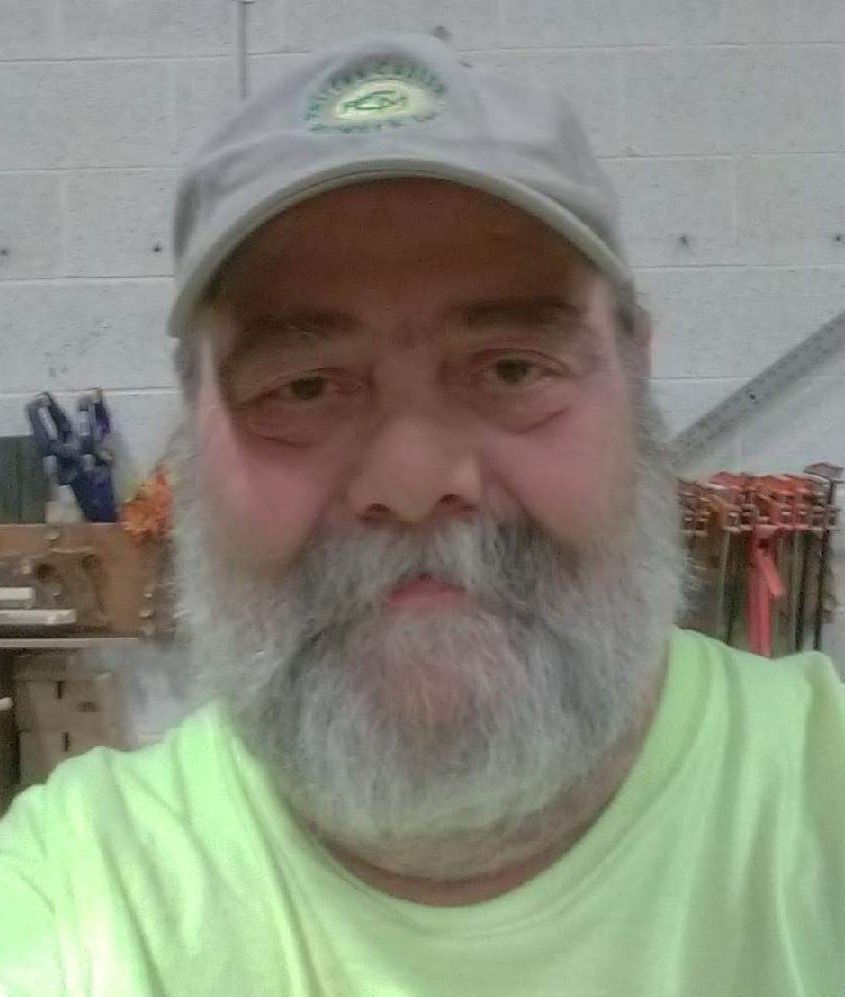