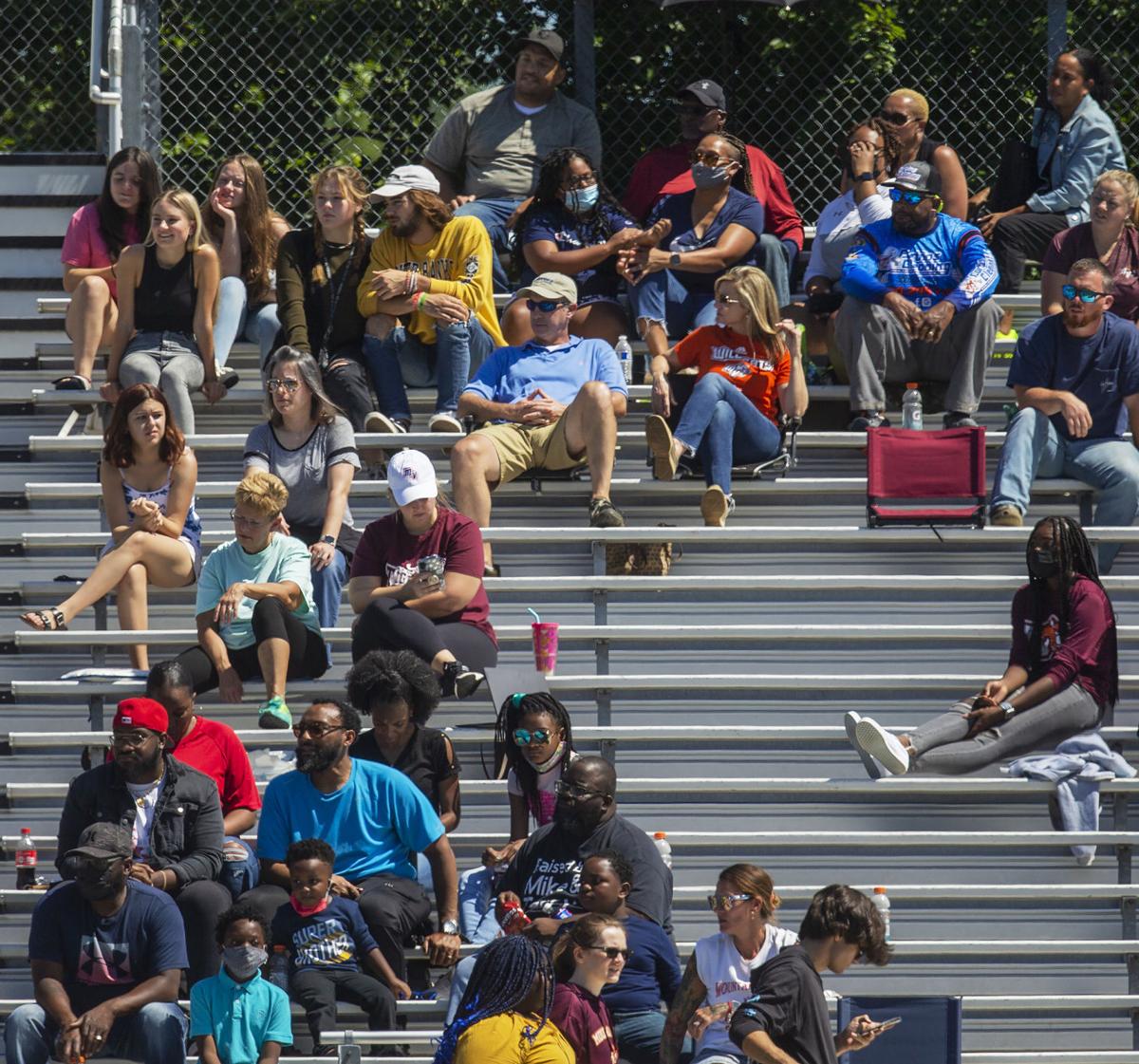 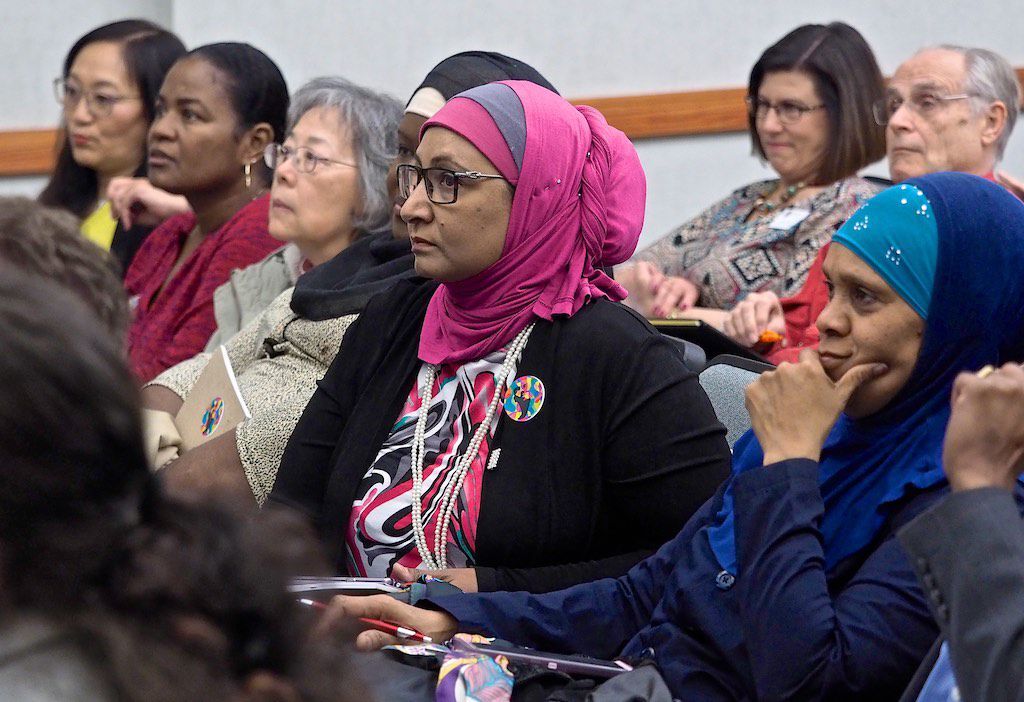 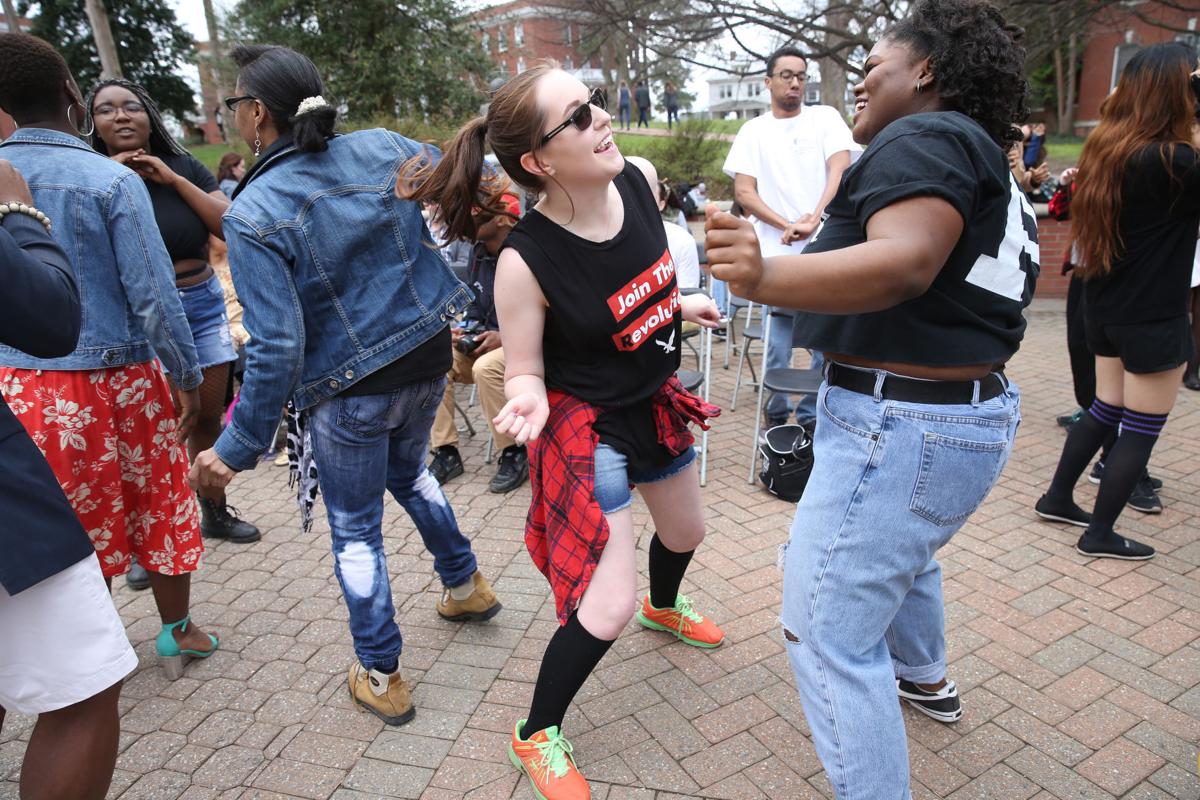 Sarah Jones (center) and Ashanti Williams (right) dance to music along campus walk during the Multicultural Fair in 2017.

The Fredericksburg area outpaced the state of Virginia in population growth over the past decade, with minorities driving much of that increase, according to the latest Census numbers.

A half-million additional people now call Virginia home compared to 10 years ago, according to figures released by the U.S. Census Bureau earlier this month. At 8,631,393 residents, the nearly 8 percent increase in population places Virginia at No. 12 on the bureau’s list of most populated states, positioned between New Jersey, with 9,288,994 residents and Washington, with 7,705,281. California is ranked No. 1, with 39,538,223 residents, followed by Texas and Florida.

Locally, the 2020 Census counted a total of 471,357 people in Fredericksburg and Stafford, Spotsylvania, King George, Caroline, Culpeper and Orange counties. That’s an additional 63,414 people for a 15.5 percent increase from 2010.

The biggest gain in the region came in Stafford, where the population grew by 21.7 percent, rising from 128,961 residents in 2010 to 156,927 in 2020. Only two Virginia localities grew at a faster rate than Stafford: Loudoun and New Kent counties.

Following Stafford in growth rate over the last 10 years is Fredericksburg at 15 percent, Spotsylvania at 14.4 percent, King George at 13.3 percent and Culpeper at 12.6 percent. Both Orange and Caroline counties grew at about 8 percent.

Stafford and Spotsylvania counties rank 13 and 14, respectively, in population in the state. Fairfax County ranks first with 1,150,309 residents, a 6.3 percent increase over the past decade.

In Stafford, non-whites now account for 42.5 percent of the population, just behind Fredericksburg at 43.4 percent.

Since 2010, the white population in Stafford has dropped by 3,412 residents, while the Hispanic and Latino communities grew by 11,771. The number of Black residents increased by 8,519, Asian residents were up 2,631 and those classified as two or more races added another 14,056 residents to the county. Three other ethnic categories included in the 2020 Census added another 10,834 new, non-white residents.

“I did not know [Stafford County] had increased like that,” said Bishop Leonard Lacey, the senior pastor of United Faith Christian Ministry and the Aquia District representative on Stafford’s Diversity Advisory Coalition. “That shows the change that has taken place, and I doubt very seriously if the majority of citizens in Stafford County know the diversity of this county.”

Nora Kim, a professor of sociology and anthropology at the University of Mary Washington, said once the wealth of information contained in the latest Census report is completely boiled down, a more precise picture of the impact of population growth on the region can be thoroughly examined and analyzed. But Kim said the region is most likely seeing an influx of minorities as a result of cheaper housing costs, when compared with those available closer to the Beltway.

“They’re spreading down to where they can have access to ethnic communities and ethnic markets in Northern Virginia, but at the same time, have affordable housing,” Kim said.

She said the Fredericksburg region attracts large numbers of government contractors and military personnel who transition in and out of the region.

But while people moving from Northern Virginia may find housing in the region more affordable, Lacey noted that rising prices may be putting home ownership out of range for many with low and moderate incomes.

“[Stafford County] is growing and they’re selling these houses, that means there’s money,” said Lacey. “But at the same time, there are citizens being squeezed out. There becomes a need for programs like food pantries, shelters.”

Lacey, who served for 33 years as a Virginia State Police officer, said when he was in a patrol car years ago, he knew exactly where the low income areas were within a particular community. But he said in Stafford, there are pockets of poverty and low-income families scattered throughout every corner of the county.

“I can’t be naïve enough to believe these people don’t need help and assistance,” said Lacey. “They are all over the place.”

Visit census.gov to view the 2020 results.

Sarah Jones (center) and Ashanti Williams (right) dance to music along campus walk during the Multicultural Fair in 2017.