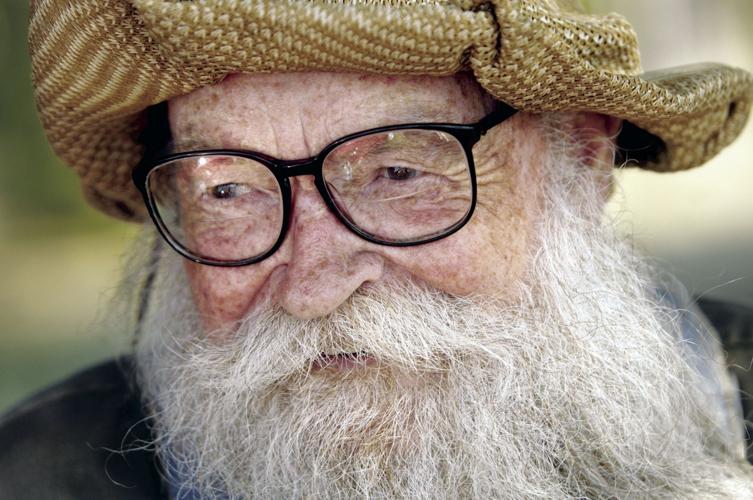 Aviator Charlie Kulp, pictured in 2017, embraced his role as the Flying Farmer in the Flying Circus. 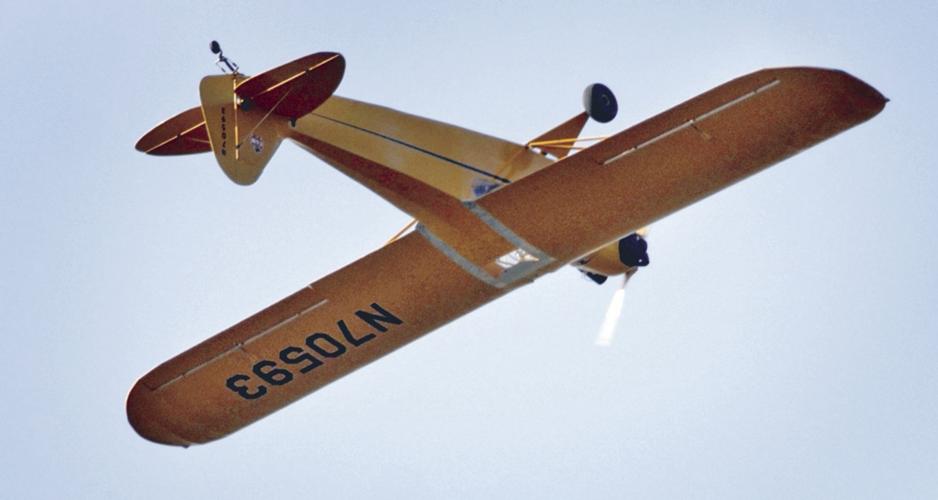 Pilot Charlie Kulp executes a loop in his 1946 Piper Cub during a 2007 performance at the Flying Circus Aerodrome in Bealeton.

By PAUL SULLIVAN FOR THE FREE LANCE–STAR

Charlie Kulp, the personification of old-fashioned airplane flying and master of control stick and rudder, died last Sunday in southwestern Virginia. He was 96.

Thousands, if not millions, enjoyed Kulp’s inimitable “Flying Farmer” performance at the controls of his beloved yellow Piper J3 Cub—the same Cub he flew in more than 800 performances at the Flying Circus Airdrome in Bealeton, alone.

The performance, which Kulp developed and improved over the years, also went on the road and across borders, with shows in Canada and three trips to Great Britain, where he performed for the royal family in a borrowed J3 Cub. Kulp's aerobatic clown act depicted a hayseed farmer who stumbles into an airplane and proceeds to throw it into all sorts of wild gyrations, narrowly missing disaster again and again.

But for all his ability to do the seemingly impossible with his little Cub, thousands of others also knew him in his other roles: manager of small airports, masterful aircraft and engine mechanic and FAA-certified inspector, as well as an esteemed flight instructor.

Ken Hyde, lifelong friend and retired airline pilot, said Kulp delighted in telling about an earnest young man who approached Kulp after one of his shows and asked what he could do to his own Piper Cub to allow him to fly it in the flight altitudes he had just seen Kulp demonstrate.

“He had a sly wit,” chuckled Hyde.

And Don Serio, another retired airline pilot and curator of the Shannon Air Museum who—like Hyde—was introduced to flying by Kulp, said he remembers getting early flying lessons from Kulp after going to school in Fredericksburg.

Although Kulp worked at a number of Northern Virginia and D.C.-area airports, the bulk of his mid-career efforts were at the “old” Manassas Airport and at Shannon Airport in Spotsylvania County, where he served as manager twice during his career.

While he was born in Stafford County, Kulp moved his family to Spotsylvania when his three children were growing up, his daughter said.

Kulp was inducted into the Virginia Aeronautical Historical Society’s Hall of Fame in 1997, and performed at both the EAA Oshkosh AirVenture and Sun ‘n Fun air extravaganzas, among many others. At Oshkosh alone, normal (pre-pandemic) attendance was 800,000.

He was also a founding member of the Flying Circus Airshow in Bealeton, which marked its 50th anniversary this year.

For all that, said daughter Joanna Kulp—who is the sole surviving member of the immediate family—the aviator was a kind-hearted man who loved children, and seemed to favor them when approached after his performances.

“The thing that stands out in my memory watching him as a public figure,” she said, is that he took time with children. “He wanted to stir their imaginations and put the magic of flight in their heads as something they could do.”

“Daddy didn’t easily say, ‘I love you’,” Joanna said, “but I never for one moment had to wonder if my dad loved me.”

Indeed, his daughter recalled that her dad seemed to know the name of almost everyone he had met, if he met them a second time.

News of Kulp’s passing spread quickly last week with sorrow and regret for the man who seemed to know so many.

Kulp lived in Manassas in recent years with his long-time partner Evelyn Marshall, also long associated with general aviation and herself a member of the Virginia Aeronautical Historical Society Hall of Fame.

According to Joanna, her dad was hospitalized in Manassas after having a major stroke several weeks ago. He was transported by ambulance to a rehabilitation center in Bassett for supervised care. He died peacefully Oct. 17, she said.

A memorial service will be held in spring 2022, with date, time and place to be set. In lieu of flowers, the family asks that donations be sent to the Virginia Aeronautical Historical Society, Shannon Airport KEZF Campus, P.O. Box 7795, Fredericksburg, VA 22404.

A Fredericksburg man was arrested Sunday following a pursuit that covered parts of three area localities and reached speeds of nearly 120 mph,…

Advocates hope to end the practice of "jail and prison profiteering"

Shelley Tibbs’s son was booked into Rappahannock Regional Jail on a Friday, and by the following Wednesday, she had already spent almost $100 on him.

With most recent sale of lots, all the space is accounted for at the 149-acre facility.

A former teacher in Stafford County pleaded guilty to three felony charges Monday for an illegal online relationship he had with a Texas teenager.

Dr. John Boniface Jr. wanted to honor his daughter, Rebecca, who died from cancer at age 12.

Inside Dubai center where sick turtles recover before returning to sea

More than 2.2 million people in the U.S. live without running water and basic indoor plumbing

More than 2.2 million people in the U.S. live without running water and basic indoor plumbing

Aviator Charlie Kulp, pictured in 2017, embraced his role as the Flying Farmer in the Flying Circus.

Pilot Charlie Kulp executes a loop in his 1946 Piper Cub during a 2007 performance at the Flying Circus Aerodrome in Bealeton.