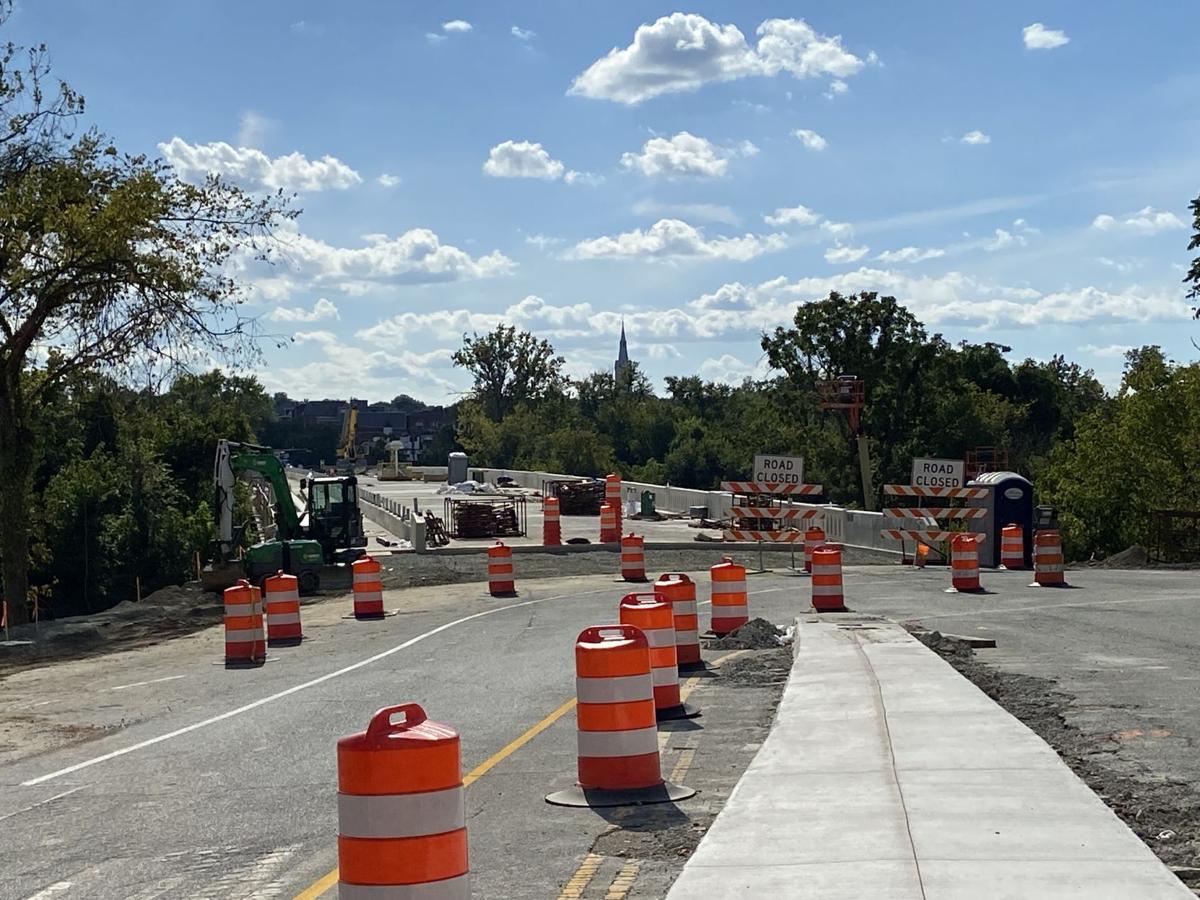 The Chatham Bridge project is scheduled to end this fall. As part of that work, crews will be paving River Road two days in the next week. 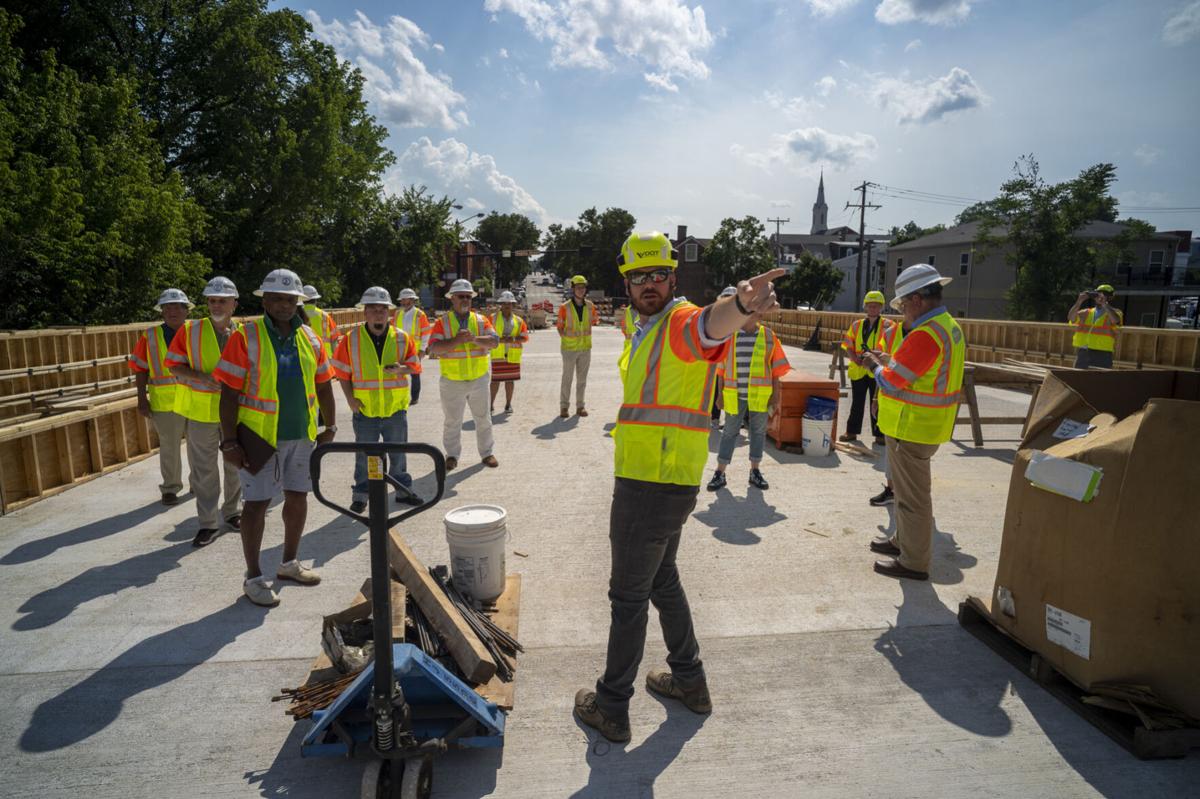 Robert Ridgell, District Mega Projects Engineer at VDOT, describes the Chatham Bridge rehabilitation project for local officials during a tour in June. Work is scheduled to wrap up this fall.

FOLKS, can you see the light at the end of the bridge?

Did you ever think we’d reach the final stretch?

The calendar has flipped to September, which should be the last month since June 2020 with no traffic crossing the Chatham Bridge.

Alas, work continues, and one facet of the project will close one side of River Road, starting at noon on Tuesday and lasting several days.

Crews will be milling and paving the eastbound lane of River Road from Gordon Street, near the Falmouth Bridge, to the intersection at State Route 3, the Virginia Department of Transportation’s Darragh Frye said in a news release.

The lane closure is scheduled to start at 8:30 a.m. Wednesday and reopen by 5 p.m., a schedule that will continue until the work is completed. The other lane will remain open while the work is being done.

Also, Frye noted a change coming to the River Road intersection when the bridge is open again.

Crews are building a concrete island at the intersection as part of the traffic pattern change.

Frye said the change “is aimed to significantly reduce delays and improve traffic flow at the intersection.”

With heavy traffic expected because of Labor Day holiday weekend, the Interstate 95 and 395 express lanes will be open only for northbound traffic all day this Monday.

The normal weekday reversal schedule will resume Tuesday, with the lanes beginning southbound reversal at 11 a.m. and opening in that direction about 1 p.m.

Hard to believe achievementDuring the past two years, 53 people have died in car crashes combined in Fredericksburg and the counties of Stafford and Spotsylvania.

Spotsylvania alone accounted for 35 of those deadly crashes.

Those numbers make a person do a double-take when any locality, even if it has dirt roads and one stop light, can make it through a year without a single fatal car crash.

The Virginia Department of Motor Vehicles recently saluted numerous localities for achieving zero fatalities in 2020. The localities include Highland County and the cities of Colonial Heights, Emporia, Galax, Radford, Salem and Waynesboro.

Even more impressive are six cities DMV cited for recording zero fatal crashes each of the past five years.

But the king of the hill is the city of Buena Vista, with not one road fatality recorded for 10 consecutive years.

Building collapse and rescue operations after deadly floods in India

Building collapse and rescue operations after deadly floods in India

A man killed in a two-vehicle crash Tuesday in Caroline County has been identified as 34-year-old Derrick S. Leash of Woodford, police said.

The average price for gas in Virginia jumped 10 cents in the past week, hitting $3.20 Monday morning.

The Chatham Bridge project is scheduled to end this fall. As part of that work, crews will be paving River Road two days in the next week.

Robert Ridgell, District Mega Projects Engineer at VDOT, describes the Chatham Bridge rehabilitation project for local officials during a tour in June. Work is scheduled to wrap up this fall.