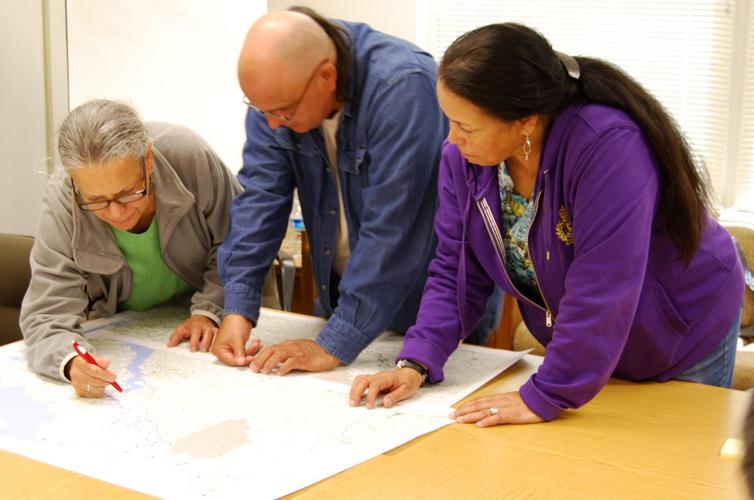 Members of the Rappahannock Tribe help to map areas that are part of their culture and history. 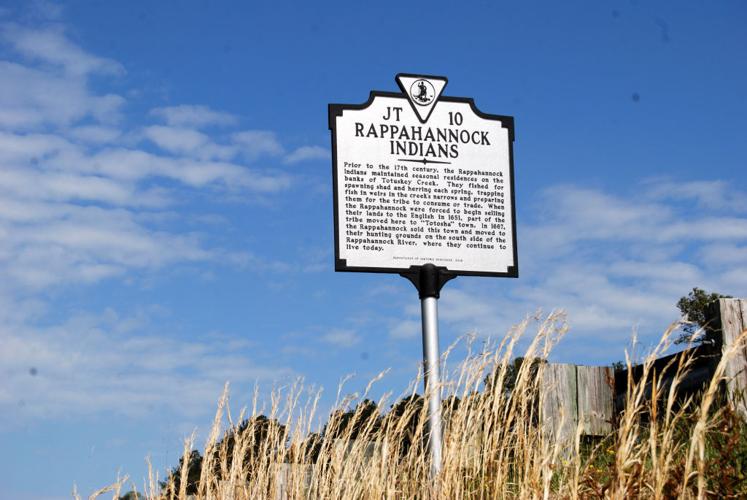 The Rappahannock River is rich in Native American history. This state marker is in Westmoreland. 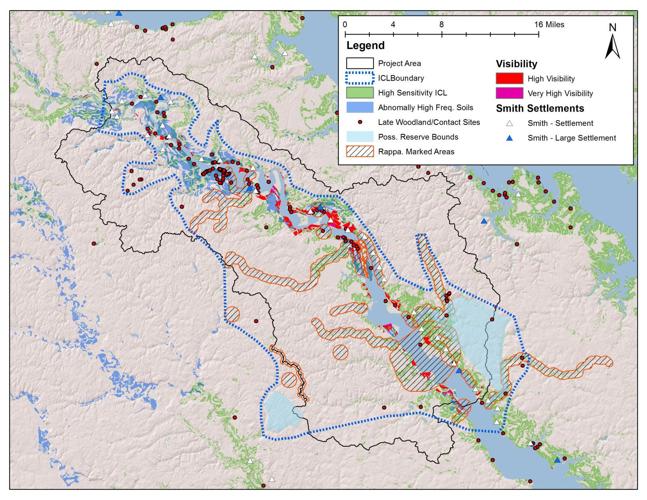 When historians discuss Native Americans in Virginia’s Colonial period, they tend to focus on the powerful chief Powhatan and the tribes along the York and James rivers, where English settlers landed.

When tribes along the northern side of the Rappahannock River are mentioned, it’s often been with the assumption that they migrated there to put a river between them and the powerful Powhatan. But a new study conducted by an anthropology team from St. Mary’s College of Maryland may well change the discussion.

The report, “Defining the Rappahannock Indigenous Cultural Landscape,” argues that ecological factors drove settlements to the northern side and other points along of the river, possibly in larger numbers than previously thought.

The study—conducted for the National Park Service, which manages the Captain John Smith Chesapeake National Historic Trail—employed everything from oral histories to modern Geographic Information System modeling to reach some interesting insights.

The study had the support of historians, archaeologists and tribal leaders in Virginia. It notes that “one important discovery concerns the distribution of Native towns along the river’s shoreline, with most towns located on the river’s north bank.”

Instead of the old belief that those tribes went there to get away from Powhatan, the report notes it was more likely because “good agricultural soils, clay suitable for pottery manufacture, and access to marshes and transportation tributaries were found in greater numbers” on that side of the river.

The project—benefiting the park service, the Chesapeake Conservancy and the Rappahannock Tribe of Virginia—was tasked with defining the Indigenous Cultural Landscape in the section of the river from Port Royal/Port Conway to Urbanna. It was developed as a tool for identifying Native landscapes along the Smith Trail, both as they existed in the early 17th century and as they exist today.

The study defined the region as some 552 square miles, and noted that a model based on evidence from the Rappahannock watershed reveals “the extensive and sophisticated levels of ecological knowledge of the groups that Captain John Smith encountered in the river valley in 1608.”

It also says that research indicates that the waterways were seen more as highways than barriers, used during different times of the year to satisfy seasonal demands and opportunities.

To understand a bit more about how this team from St. Mary’s compiled the report, I met with Julia King and Scott Strickland, who helped produce the study.

They explained that the report used a collection of information and exploration to get a better idea of where tribes were located during Smith’s foray up the river in 1608, and where areas important to the various tribes exist today.

They noted that Anne Richardson, the chief of the Rappahannock Tribe of Virginia, and other tribal members provided invaluable help and history.

King, a professor of anthropology at St. Mary’s, said, “The view of Native Americans in the Colonial period has been sort of lopsided, with so much attention given to Powhatan and the tribes around Jamestown and Yorktown,” she said.

She noted that a diary Smith kept on his trip up the Rappahannock and a map of Native American settlements he encountered has been the focus. She and Strickland said that extrapolating from those diaries and from other sources found in the study, the Native American population along the Rappahannock was probably significantly larger than previously thought.

Strickland, whose expertise includes experience with Geographic Information Systems, said a basic set of criteria was used to identify areas where tribes might have found “things like good agricultural soil, a fresh water source, a nearby tributary for transportation, nearby marshes for access to waterfowl and other food sources, access to forests and brushy areas and more,” he said.

Coming at locating tribal sites from another direction, the St. Mary’s team consulted tribal leaders and looked at tribal history and archaeology to indicate places associated with ancestors or part of a descendent community’s past.

And they toured different spots on the northern and southern shores, consulted historians and archaeologists and any other source they could find.

When those sources were mapped and cross-referenced with the GIS maps, the team was struck by how closely the two lined up.

The report concludes with seven recommendations: the development of an oral history program for Rappahannock tribal members, the creation of a detailed cultural history of the Rappahannock River groups, an effort to connect modern-day places to 17th- to 19th-century landscapes, development of education materials, an analysis of key parcels to prioritize land conservation goals and an expansion of the ICL study to other watersheds.

“It’s been a fascinating process so far, and we hope to do additional work as this goes forward,” said King.

A Ruther Glen man was killed Monday morning in a crash in Caroline County, police said.

Crash in Spotsylvania leaves one dead

A Spotsylvania County man died in a head-on crash on Courthouse Road in the county Tuesday evening.

Temporary stoplights to manage traffic entering and exiting northbound Interstate 95 at the U.S. 17 interchange in Stafford County are set to …

The Caroline County Sheriff’s Office is seeking the public’s help in solving an armed robbery that took place early Wednesday in the Milford area.

France plans to ration power in case of shortages

France plans to ration power in case of shortages

Members of the Rappahannock Tribe help to map areas that are part of their culture and history.

The Rappahannock River is rich in Native American history. This state marker is in Westmoreland.