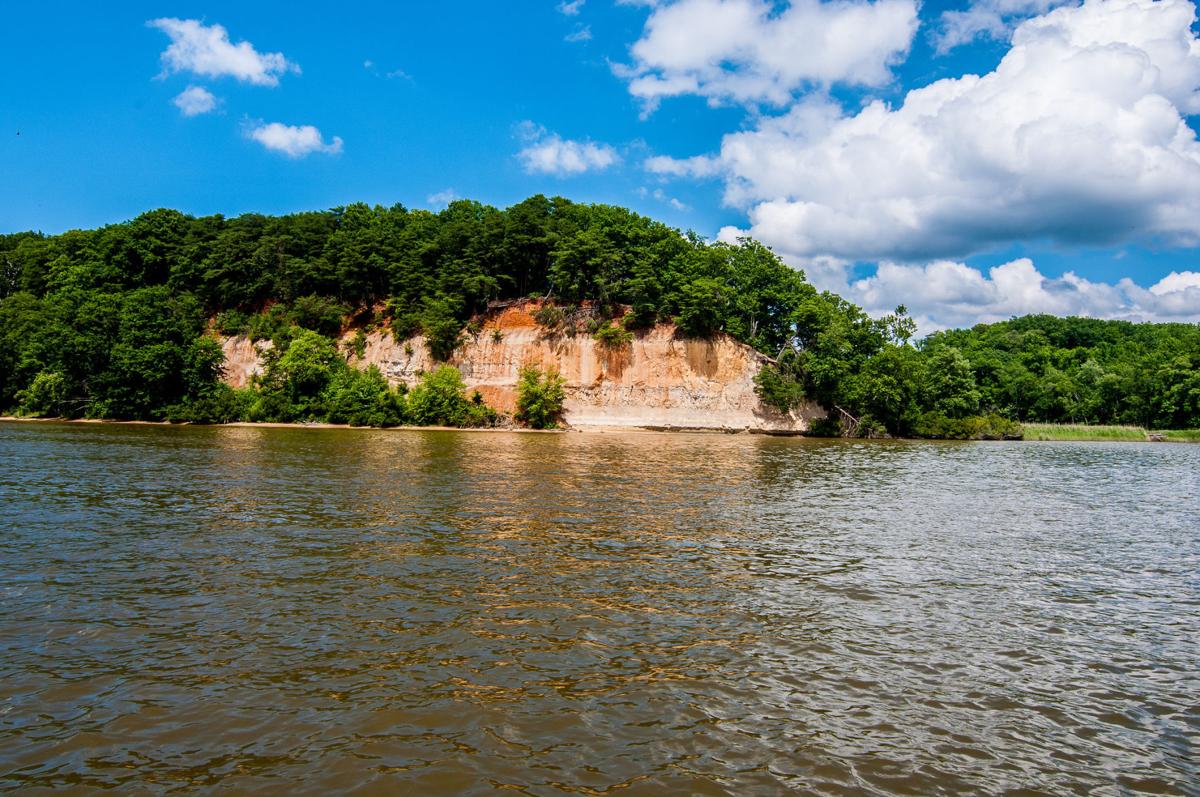 A new lawsuit has been filed against one of the owners of Fones Cliffs over how it was sold. 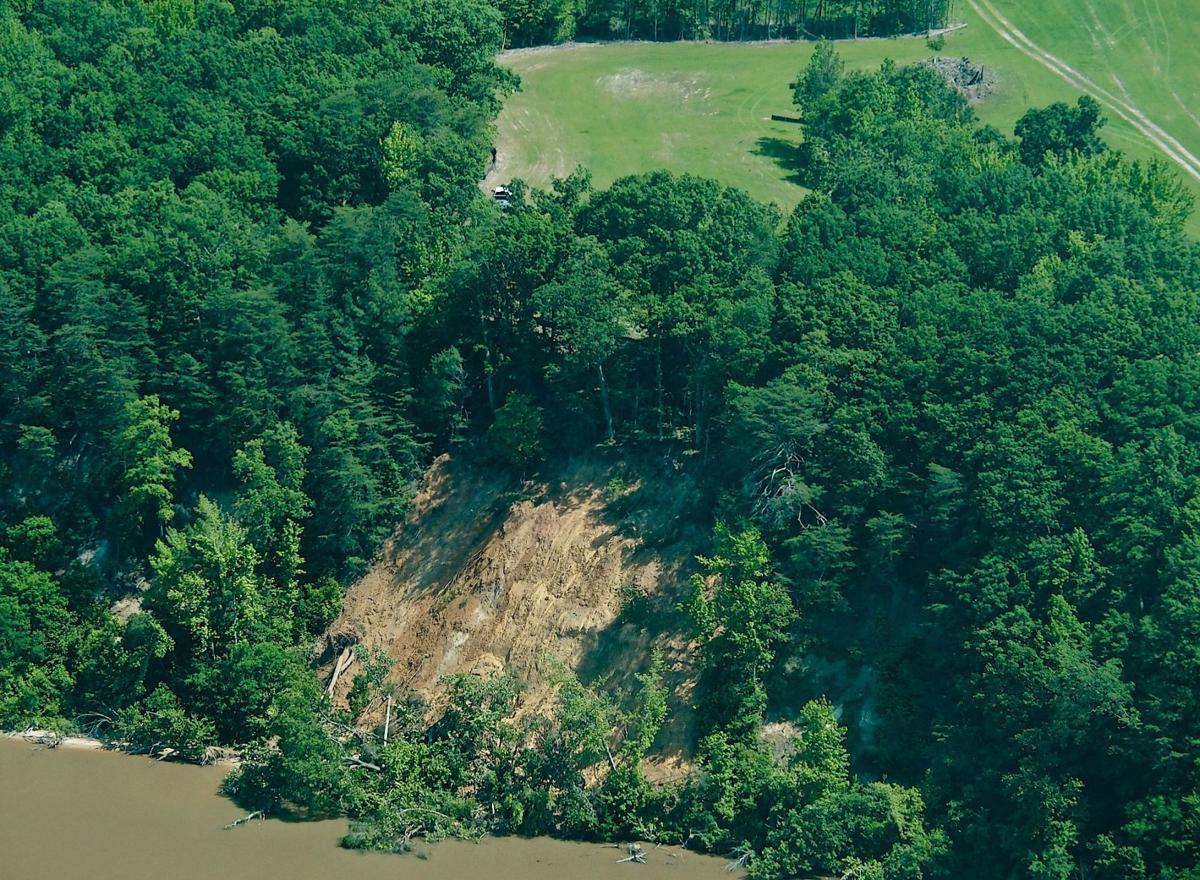 Clearing for a golf course led to a landslide along Fones Cliffs in May 2018. The developer was cited for environmental infractions and the project has since become bogged down in legal disputes.

By Pamela A. D’Angelo For The Free Lance–Star

Fones Cliffs is once again at the center of a court battle. This time, the finger is being pointed at Virginia True Corp. owner and New York attorney Howard Kleinhendler, along with members of his law firm, Wachtel Missry LLP.

The case alleges fraud, malpractice and elder abuse among a total of seven counts in a 19-page complaint filed in the U.S. District Court in Miami by attorneys for former Fones Cliffs owner Allan Applestein, who was also Kleinhendler’s client.

“Based on false, conflicted and misleading legal advice and counsel, Kleinhendler was able to close a deal and have Virginia True acquire Fones Cliffs Land,” the complaint said.

The complaint is asking for a jury to determine damages both punitive and compensatory in excess of $7.7 million, as well as another $800,000 related to a loan to Kleinhendler.

Kleinhendler, who specializes in real estate, represented Fones Cliffs owner Allan Applestein and his Diatomite Corp. of America when he decided to sell Fones Cliffs in 2015 to the Chesapeake Conservancy. That deal fell through when the group was unable to obtain enough funds to buy it.

Then, in 2017, Kleinhendler purchased the property along with three partners for $12 million from Applestein. They formed the New York-based Virginia True Corp., which put forth plans to build a golf resort community on part of the 964 acres of historic and pristine cliffs along the Rappahannock River.

That led to conflicts with conservationists and the Rappahannock Indian Tribe, which is opposed to any development along cliffs where the tribe once lived and hunted and where bald eagles nest and gather during winter migrations.

Applestein’s complaint was filed Dec. 13 in Florida, where he lives. It centers on Applestein’s health and mental ability since he was diagnosed with Alzheimer’s disease in 2015.

The complaint accuses Kleinhendler of using Applestein’s condition as an opportunity to engage “in a yeoman’s effort to ingratiate himself to Applestein.” Applestein turns 88 this year.

When Kleinhendler went to lunch with Applestein and Diatomite’s chief operating officer, Applestein was unable to feed himself, wipe his face or concentrate for any length of time, or otherwise conduct legal or financial business, the complaint alleges.

“Kleinhendler still went forward with the deal,” it said.

“Kleinhendler strongly urged Applestein to pass on the deal and was successful in dissuading Applestein from pursuing the deal with Jarowey,” the complaint said. “Following the counsel and legal advice of his trusted lawyer, Applestein rejected Jarowey’s offer of $12.5 million in cash.”

The complaint alleges Kleinhendler committed fraud in saying the deal was fraudulent “when in fact it was not.”

The complaint reads like a novel, complete with a live-in caretaker, chauffeur and estranged daughter, Andrea Bivens. Bivens, the complaint said, “expressly warned Kleinhendler of her father’s declining and diminished capacity.”

Other complaints allege Kleinhendler and members of his law firm unjustly enriched themselves by wrongfully converting, taking and using a $500,000 loan to Kleinhendler in connection with the sale of the Fones Cliffs property.

“Kleinhendler represented that he would not permit any lien or other encumbrance to be voluntarily placed on Fones Cliffs Land without prior consent and approval of Applestein even in the absence of a security agreement,” the complaint said. “None of those representations was true.”

In addition, the complaint alleges Kleinhendler failed to disclose that the $5 million down payment against the purchase price paid by Virginia True for the property was supplied through an equity investment into Virginia True, “when in fact it was purported to be equity convertible debt on a fixed schedule.” For this, Applestein is asking for damages in an amount to be determined at trial, but in excess of $7.7 million.

The complaint also seeks punitive damages and restitution to be determined by the jury for $800,000 related to the loan to Kleinhendler.

Kleinhendler did not respond Friday to an email request for comment. According to court documents, he and the other plaintiffs have until Jan. 24 to file a legal response to the complaints.

Virginia True is not part of the complaint, but has troubles of its own. Last year, the company filed for Chapter 11 bankruptcy in the wake of environmental infractions over the illegal clearing of 13 1/2 acres along the cliffs that led to erosion and runoff into the Rappahannock below. That case is ongoing.

A new lawsuit has been filed against one of the owners of Fones Cliffs over how it was sold.

Clearing for a golf course led to a landslide along Fones Cliffs in May 2018. The developer was cited for environmental infractions and the project has since become bogged down in legal disputes.