A Caroline County woman and her former boyfriend who participated in the “inhumane” abuse of her then 7-year-old son in 2019 received prison sentences Wednesday.

Karam previously pleaded guilty to aggravated malicious wounding and abduction. Childs was convicted of child abuse and got the maximum seven-year sentence he could have received under the terms of his plea agreement.

An investigation began on May 19, 2019, when the child showed up at a neighbor’s home in Woodford pleading for help with duct tape around his neck and head and with a black and blue eye. The child also had swollen and bleeding lips and numerous open wounds, cuts and bruises.

A doctor who treated the child at VCU Medical Center in Richmond said the boy was an obvious victim of child torture.

The boy told police that his mother and “Boobie” (Childs) had been beating him with extension cords, switches and a broken fishing pole. The investigation showed there were also extensive periods during which the boy was tied to a bed in the basement and left home alone.

Karam testified Wednesday that the child was being disciplined for taking food out of the pantry.

The child had not been to school since late April of that year. Karam lied to school officials that she was taking her children to New York to take care of a relative’s funeral arrangements.

After seeing the boy’s extensive injuries, Caroline investigators searched what court records referred to as a “dilapidated” house wearing hazmat suits. Among their findings were a blood- and urine-soaked bed where the boy had been bound and extension cords and whips on the headboard.

Prosecutor Benjamin Heidt, who referred to the defendants as “evil,” said the boy still has physical scars and emotional issues as the result of the treatment, but is in a loving environment now and is doing much better.

“It’s a horrific case, one of the saddest I’ve ever heard of,” Heidt said. “And it would have been even worse if the child hadn’t somehow managed to escape.”

Karam, who was seven months pregnant at the time of her arrest, spent much of her hearing blaming Childs. She said he was physically abusive toward her and became increasingly abusive with her son. She claimed she was planning to leave Childs “before me and my son ended up getting killed,” but never worked up the courage and “things got out of hand.”

Karam was convicted in 2012 of abusing another one of her children. On Wednesday, she blamed the father of the current victim for that abuse, claiming she took the blame to keep him from going back to prison.

In the later hearing Wednesday, defense attorneys Tim Barbrow and Benjamin Burchette scoffed at Karam’s attempt to place most of the blame on Childs.

Childs said “I don’t hurt kids,” but did acknowledge not protecting the boy as he should have. He explained that his mother, who has since died, was going through extensive medical issues during that time and he was often distracted or with her at various hospitals.

Judge Gordon Willis called the abuse “unconscionable and intolerable.” He told Karam that she “totally failed” in her duties to the child and said that although the boy is now in a good environment, “the physical and emotional scars will last a lifetime.”

A man who shot and killed his grandfather in Stafford County more than two years ago was found not guilty by reason of insanity Thursday. 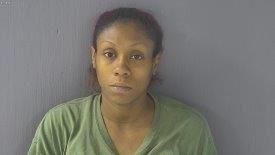 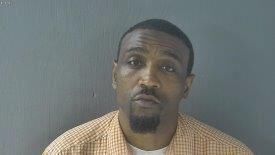