A suspect in the Saturday shooting death of a Caroline County woman ended his own life during a police pursuit in Albemarle County early Monday morning.

Michael Lee Barlow, 30, of Montpelier in Hanover County, shot himself at approximately 5:30 a.m. after a Caroline County deputy sideswiped his Ford Escape SUV and forced it to come to a halt off of Interstate 64 in the Charlottesville area.

Barlow was pronounced dead at the scene.

The victim was Carla Marie Trost, a 47-year-old dental hygienist who lived in the 29000 block of Sparta Road in Caroline with her husband and six cats.

Trost and her husband, Steve Walker, arrived home Saturday to a burglary taking place. After Walker went inside to check the residence, the perpetrator exited and got into a shootout with Walker. Trost was killed, and the suspect drove off in the couple’s vehicle, an orange Honda Element.

Police allege Pippin might have been the getaway driver, and was behind the wheel of the Ford Escape at the time of the attempted robbery and Trost’s death. He was wearing an orange hunting hat and Walker spotted him in the vicinity of his home, authorities said.

Tips poured in from the public and law enforcement agencies in the surrounding counties. Caroline Sheriff Tony Lippa credited a tip from Hanover County Sheriff David Hines with breaking open the case.

The suspects were identified, warrants were obtained and Barlow and Pippin were placed under surveillance. The Honda Element belonging to Trost and Walker was discovered in Goochland County.

Surveillance units began to move in the direction of Goochland and investigators from Caroline and Goochland spotted the Ford Escape Barlow was driving. The suspects fled and the pursuit wound through Goochland and Fluvanna counties into Albemarle.

Barlow displayed a handgun to Caroline deputies during the pursuit before he was sideswiped and forced to stop off of Exit 124, where he ended his life and Pippin was taken into custody.

Lippa said it was a team effort from various agencies to track down the suspects.

“The citizens who provided tips are to be commended,” Lippa said. “I would be remiss to not recognize the assistance from our partner agencies, all of whom helped bring this case to a conclusion so rapidly.”

Lippa said that at least one suspect was contracted to perform work around the couple’s home four years ago and was aware of what was inside.

The sheriff stated that multiple firearms were stolen from the residence.

Sue Trost-Johnson, the deceased victim’s cousin, said the family moved to Caroline from Springfield more than 10 years ago.

Trost-Johnson said the couple considered the rural Sparta area their “little place of quietness.” Her cousin’s killing is the first homicide in Caroline since 2016.

“This is such a quiet part of Virginia,” Trost-Johnson said. “We knew it was remote and quaint and country-oriented and we felt everybody was safe. So it was very hard to process our beloved family member was no longer with us. Our hearts went out to her husband, Steve, who she loved very, very much.”

Trost-Johnson said her cousin was a free spirit who loved her family and had a mutual attachment to animals.

She would drive to upstate New York for family reunions and she took over much of the family’s genealogy work after the death of her father. She enjoyed sewing and making crafts. She knitted items and donated them to family members for silent auction fundraisers.

“She would make beautiful custom pillows that everybody would try to outbid each other for,” Trost-Johnson said. “Carla was very creative … Animals gravitated towards her, so I think that tells you what kind of person she was.”

Trost-Johnson said her cousin and Walker were “a perfect couple together.” She said the family is now rallying around Walker and offering him emotional and spiritual support. She said Walker’s “whole world has been taken from him” and that he’s “devastated.”

She noted the camera the victims had at the home was instrumental in solving the case, as they provided a clear picture of the man alleged to be Barlow as he entered the door holding a handgun. The images from the camera were spread across news and social media.

“I’d like to encourage any family to make sure they have some sort of cameras in their home,” Trost-Johnson said. “I think that was a critical element to this case.”

Nearly 17 months after being accused of sexually assaulting a customer at a business where he worked, a Stafford County man is finally set to …

Trio convicted of felony charges for attack on goats in Spotsylvania

A Stafford County woman was arrested Tuesday following a car chase that started in Spotsylvania County, went into Fredericksburg and ended up … 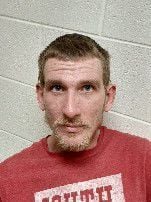 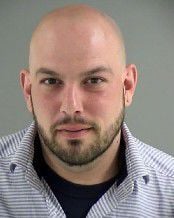 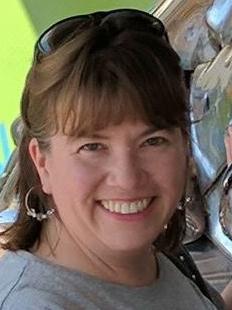