A large amount of guns, drugs and cash were seized following a pursuit in Stafford on Wednesday that started out as a routine traffic stop, police said.

The incident started at 10 a.m., when Sgt. A.I. Assur attempted to stop a white Kia sedan on Staffordboro Boulevard near a McDonald’s, Sheriff’s Maj. Shawn Kimmitz said. After the deputy turned on his emergency lights, the driver turned into the fast-food restaurant and drove slowly around the building.

Kimmitz said the driver took a second spin around McDonald’s, this time at a faster speed. During that spin, the driver tossed a satchel into the parking lot, and a gun, cash and a plastic baggie spilled out of the bag, police said.

Another deputy was sent to collect the items from the parking lot while Assur followed the driver onto Staffordboro Boulevard. The driver sped up to 70 mph before turning into Sunningdale Meadows, Kimmitz said.

The driver then turned onto Westminster Lane, where he abandoned the vehicle and ran into the neighborhood.

Deputy J.H. Truslow brought his K–9 dog, Rip, to the area to begin a track. Rip tracked the driver to the 300 block of Wimbledon Court, where the suspect lives.

During a search of the suspect’s home and the discarded satchel, police recovered 16 firearms, more than 20 fully loaded magazines, 10 pounds of marijuana, more than 1,000 fentanyl pills, four bottles of liquid Promethazine Codeine and more than $20,000 cash. One of the guns had been illegally modified to be fully automatic, Kimmitz said.

He is being held in the Rappahannock Regional Jail.

Parents plead guilty in death of their 25-day-old baby

A first-degree murder charge against a Fredericksburg man will likely be resolved Thursday.

A preliminary hearing is scheduled Friday for a woman accused of extorting more than $40,000 from a Caroline County man by threatening to tell…

Coast Guard hard at work with rescues after Ian

Coast Guard hard at work with rescues after Ian 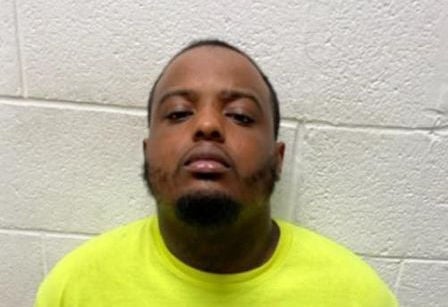