When Eric Butterworth moved to Spotsylvania County four years ago, he began to research the 54th District where he lives.

Butterworth discovered that Del. Bobby Orrock, R–Caroline, had been in office since 1990 and had been reelected many times during his 30-plus years of service without even a challenge from the Democratic Party.

“I always felt that was wrong,” Butterworth said. “We should have somebody else on the ballot even if the chances aren’t very good.”

Butterworth isn’t sure what his chances are this election cycle as the Democratic newcomer runs against Orrock for the seat that covers parts of Spotsylvania and Caroline counties.

But the Navy veteran and security director for the Lerner Corp.’s Washington, D.C., properties hopes that regardless of the outcome, he’ll have gained experience for a future in politics.

“It’s all new to me,” Butterworth said. “I’ve taken political classes and international relations classes. It’s always been something that I’ve liked. But because I’m a citizen of the United States, I have a right to run and that’s what put me here. But also with a vision on the future and not just for now.”

Butterworth may be facing an uphill battle challenging Orrock.

The past two Democratic challengers—Al Durante in 2017 and Neri Canahui–Ortiz in 2019—each received approximately 42 percent of the vote.

Butterworth, who lives along Harrison Road, said that a demographic shift in Spotsylvania County will eventually lead to a more realistic shot for Democrats in the district.

Del. Bobby Orrock, R–Caroline, has been in office since 1990.

But Orrock, 65, said he’s been repeatedly elected over Democrats, independents and Republican primary challengers because of his track record of being a moderate who can work across the aisle and represent his constituents.

He noted that he established a nonpartisan Citizen’s Advisory Committee that doesn’t require its members to be registered voters.

“I have a two-year term limit and if I’m doing a good job folks can re-elect me, and if not, I’ve got every confidence they’ll choose someone else,” Orrock said. “I think that’s how the process should work. I don’t feel it is right that just because somebody has age and/or experience they’re no longer entitled to serve.”

Butterworth said three of his primary areas of concern are health care, infrastructure and education. He said that he doesn’t have health care coverage because it’s so expensive, even though he has a good job. He believes in Medicare for all.

He said he’s also concerned about the minimum wage and believes it should be tied to inflation. He said that even if it is raised to $15 an hour, another increase may be needed because the cost of living continues to rise.

“It’s necessary,” Butterworth said of an increase in minimum wage to $15 an hour. “But it’s such a jump that I think it’s going to take a long time for anybody to go back and look at raising it again.”

Orrock said getting Virginians back to work is his top initiative this campaign cycle. He recalled a recent visit to a restaurant and overhearing the manager speak to a prospective employee over the telephone.

He asked the manager if the caller was a potential new hire and was told that only one out of 10 callers seeking employment typically show up for interviews after making contact.

“She said this way they can say they scheduled [an interview] and check off that box with the [Virginia Employment Commission] and continue to receive benefits,” Orrock said.

Orrock added he hopes that ends soon. He said that President Franklin Roosevelt recognized that the key to getting the economy jump-started during the Great Depression was for Americans to get to work and “not give people the incentive to become dependent on the government and sit at home.”

“We’ve got to stop seeing almost every business that I ride around to looking for employees,” Orrock said. “We’ve got to create an economy where the people will go back to work. We’ve got to terminate this continuing forever unemployment situation where folks have an incentive to get a job versus continuing to be rewarded for not looking.”

Butterworth said another one of his goals if elected is to decrease the temperature of political rhetoric. He said Democrats and Republicans have become too hostile to one another in recent years.

Orrock has had to navigate a General Assembly that has been run by Democrats the past two years. There has also been a Democratic governor the past eight years.

That led Orrock to declare during a special session earlier this year that the state is no longer a democracy, but an autocracy. Butterworth said it may only feel that way to Orrock because he’s not accustomed to being in the minority.

Orrock noted that one bill he introduced regarding permissive legislation for local government was killed in subcommittee along a party-line vote without discussion. He said if historical trends continue, Republicans should pick up seats in the House this election.

There was a need before COVID-19, but the pandemic has worsened the staff shortages, according to health officials. 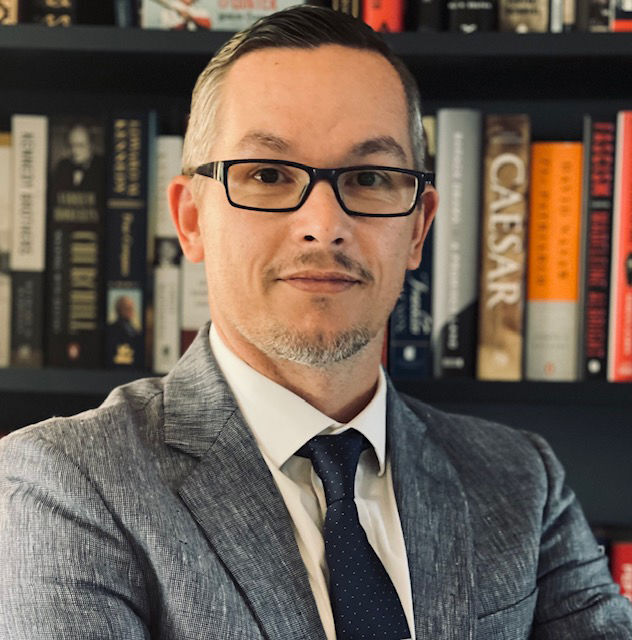 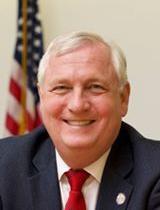