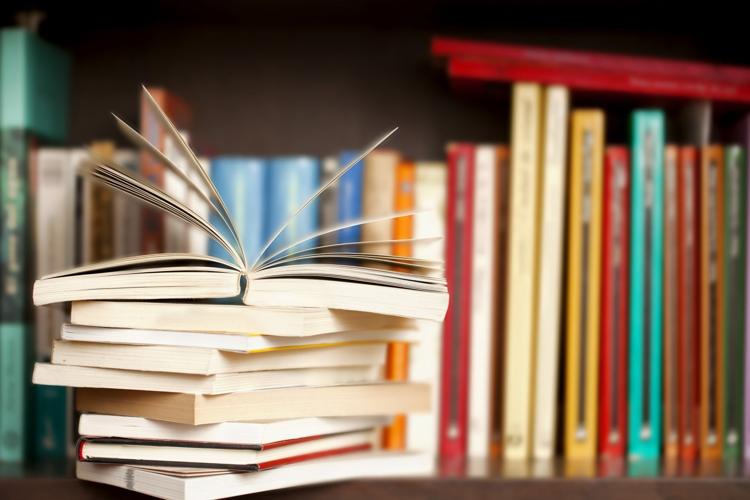 Five books have been removed from Spotsylvania County school libraries after librarians and a committee determined they were inappropriate for high-schoolers.

These five books have been removed from circulation in Spotsylvania County schools.

Five books have been removed from circulation in Spotsylvania County school libraries after librarians and a committee formed to review one of the books determined that they were not appropriate for high school students.

“Red, White and Royal Blue” by Casey McQuiston; “Anatomy of a Boyfriend” and “Anatomy of a Single Girl” by Daria Snadowsky; “Red Hood” by Elana K. Arnold and “Boy Toy” by Barry Lyga have been removed from county high school libraries.

Of these, only "Red Hood" was reviewed by a committee. School librarians decided to remove the others.

McQuiston’s novel is about a secret romance between the son of an American president and a British prince.

Snadowsky’s books are about a teen girl’s first romantic and sexual experiences and are compared in book reviews with Judy Blume’s 1975 “Forever”—itself one of the 100 most-frequently challenged books, according to the American Library Association.

“Red Hood,” according to Common Sense Media—which recommends it for ages 15 and up—is an “unapologetically feminist twist on the classic fairy tale” with messages that are “decidedly women-centric, emphasizing menstruation as shame-free, consensual sex as a norm, and the power of camaraderie between women.”

“Boy Toy,” which Common Sense Media recommends for age 16 and up, is about the sexual abuse of a 12-year-old boy by a female teacher.

The five books were among 13 that were challenged by a Spotsylvania parent last month.

According to the school division’s policy IIA-R, which governs the selection and review of instructional materials—including library books—anyone may initiate a challenge by filling out a form indicating that the person has read the challenged book in its entirety.

Following receipt of the form, the principal of the school where the challenged book resides assembles an ad hoc committee to review it.

According to the policy, committee members must read the book it its entirety, check “general acceptance” by reading reviews and judge the material “for its strength and value as a whole and not in part” before voting on whether to remove it.

The review committee is supposed to complete a checklist and submit it to the superintendent, according to the policy.

The other eight books challenged most recently were “The Bluest Eye” by Toni Morrison, “More Happy Than Not” by Adam Silvera, “Water for Elephants” by Sara Gruen, “19 Minutes” by Jodi Picoult, “Jesus Land: A Memoir” by Julia Scheeres, “The Perks of Being a Wallflower” by Stephen Chbosky, “Neanderthal Opens the Door to the Universe” by Preston Norton and “The Opposite of Innocent” by Sonya Sones.

According to school division spokesperson Rene Daniels, these books are still being reconsidered.

The same parent in May initiated challenges of eight books: “SOLD” by Patricia McCormick, “Like a Love Story” by Abdi Nazemian, “America” and “DIME” by E.R. Frank, “Out of Darkness” by Ashley Hope Perez, “All Boys Aren’t Blue” by George M. Johnson, “Beloved” by Toni Morrison and “Looking for Alaska” by John Green.

The committees reviewing those books determined that they are appropriate for high school students and should remain in school libraries. The parent has appealed those decisions, but the appeal appears to be on hold until the division has a permanent superintendent in place.

All but four Fredericksburg-area schools fully accredited by the VDOE

Ninety-five percent of Fredericksburg-area public schools are fully accredited this year, according to ratings released Thursday by the Virgin…

Spotsylvania superintendent will be 2nd-highest paid public employee in region

The majority of Virginians approve of their local public school divisions, according to a statewide survey conducted earlier this month by the…

Mark Taylor signed a contract with the Spotsylvania County School Board to serve as the new division superintendent beginning Nov. 1.

Caroline schools to benefit from grant to provide watershed education

Five books have been removed from Spotsylvania County school libraries after librarians and a committee determined they were inappropriate for high-schoolers.

These five books have been removed from circulation in Spotsylvania County schools.