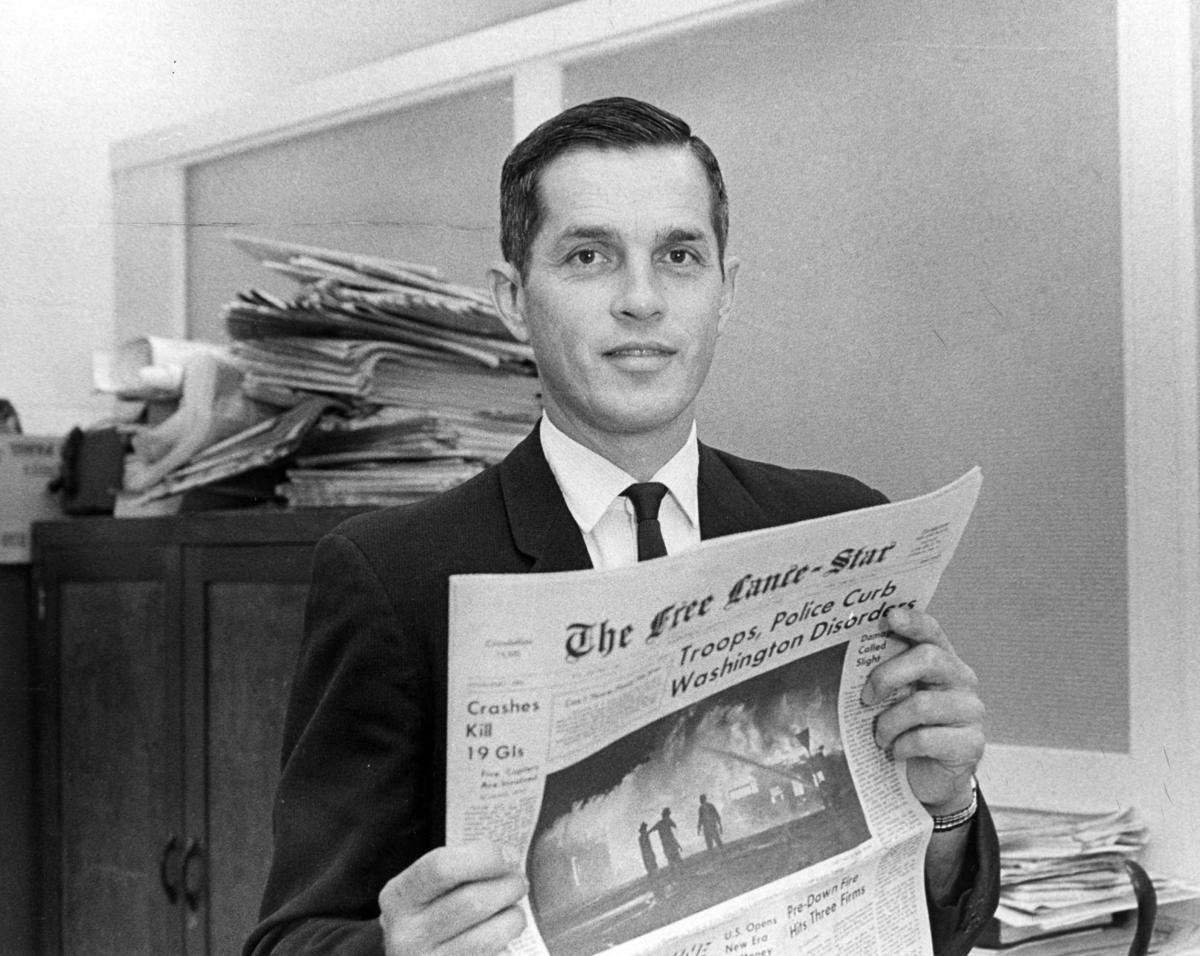 Longtime newspaperman and philanthropist Josiah P. Rowe III, pictured in 1968, served as mayor of Fredericksburg from 1964–72. 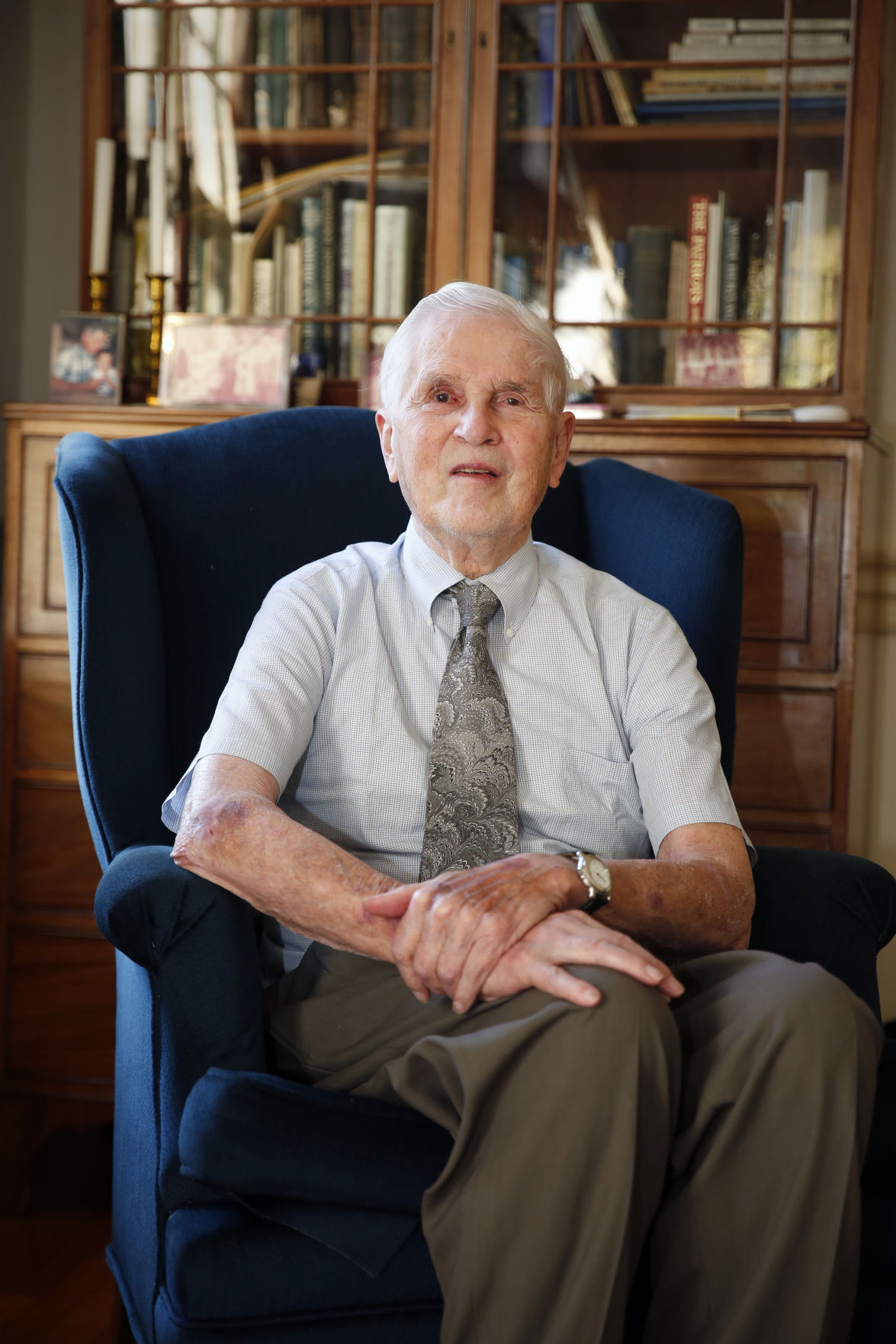 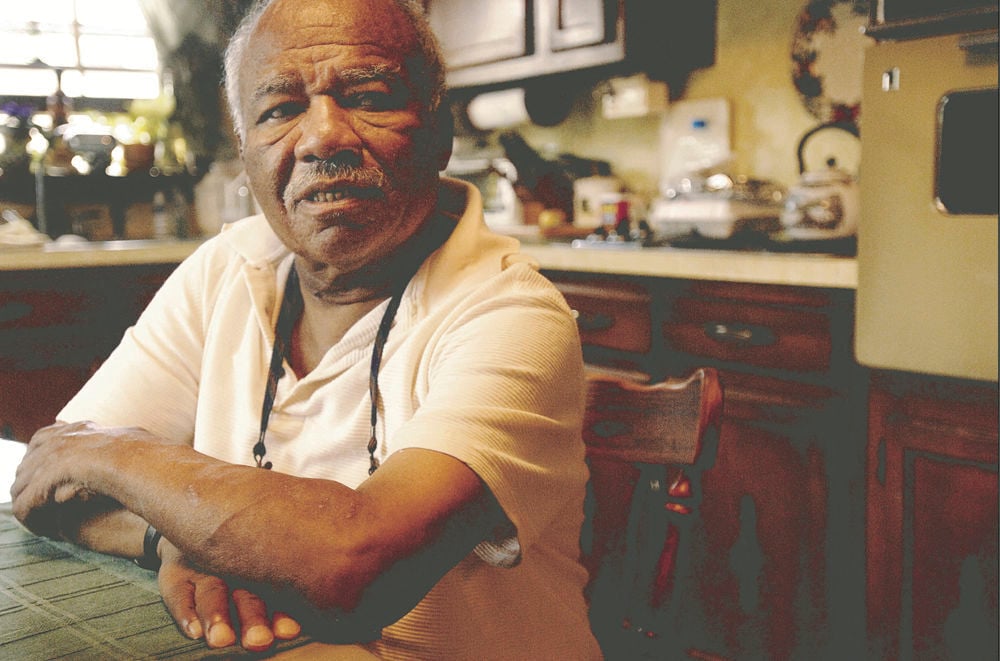 In summer 2006, Mercer O’Neal, a longtime activist in Mayfield, discusses his successful efforts to bring a public swimming pool to the community in summer 2006. 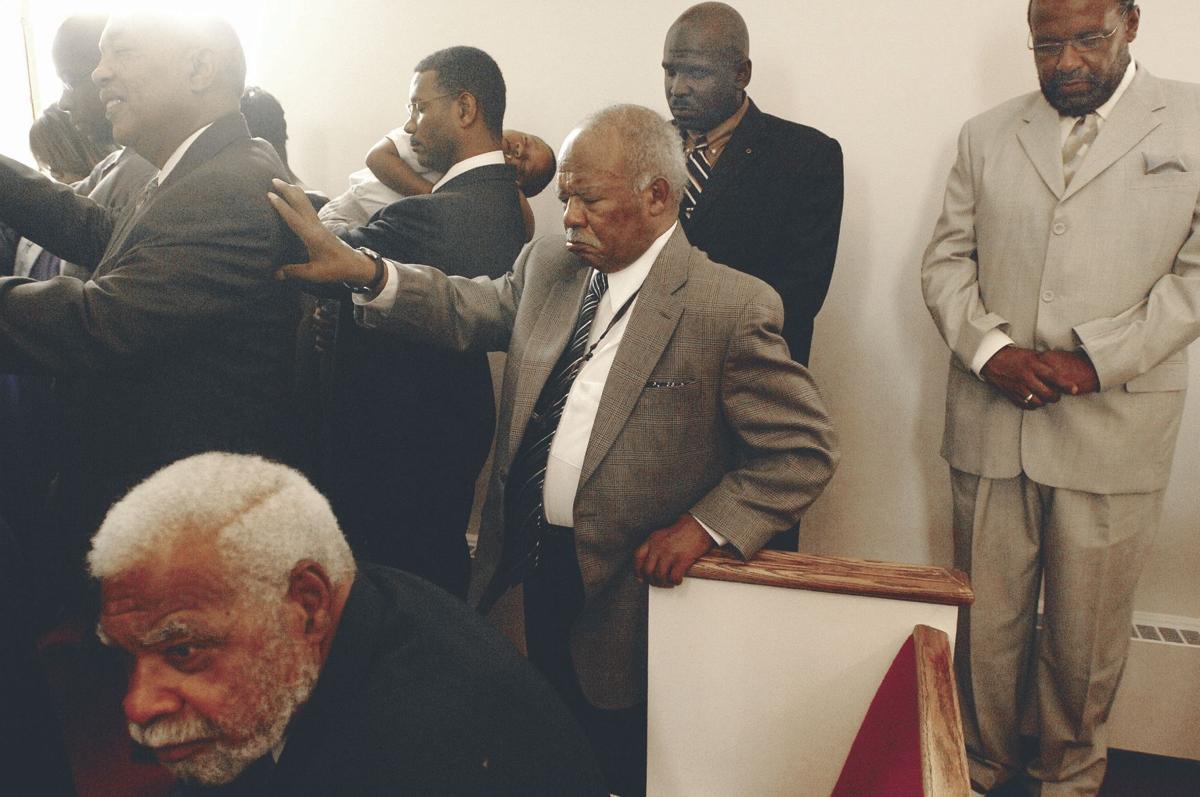 O’Neal Mercer places his hand on another member of Shiloh Baptist Church (New Site) in Fredericksburg as three generations of churchgoers pray together on a Sunday in 2006. 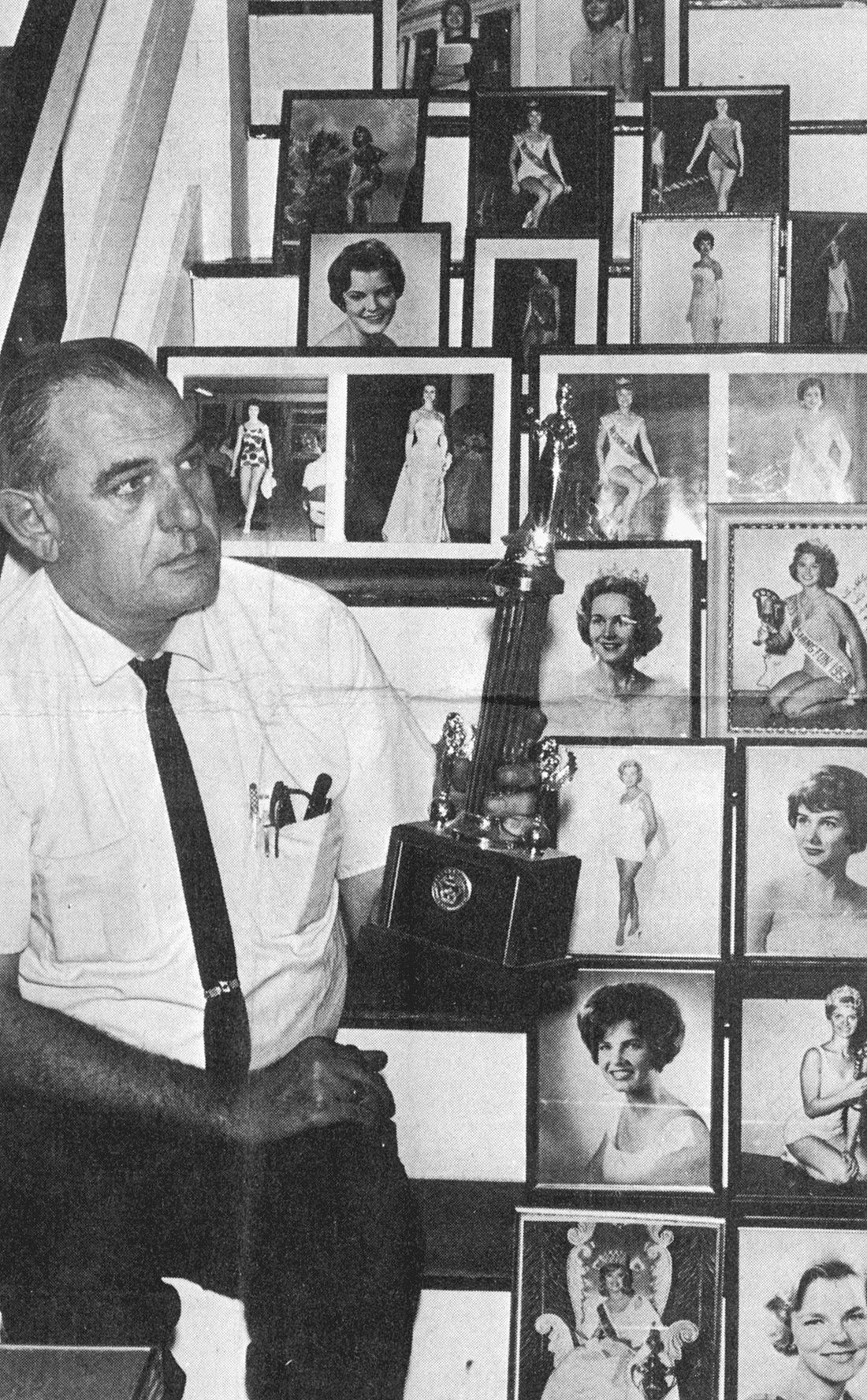 Robert ‘Hotsy’ Moore poses in 1965 next to a gallery of beauty queens. For years, he organized the Miss Fredericksburg pageant. 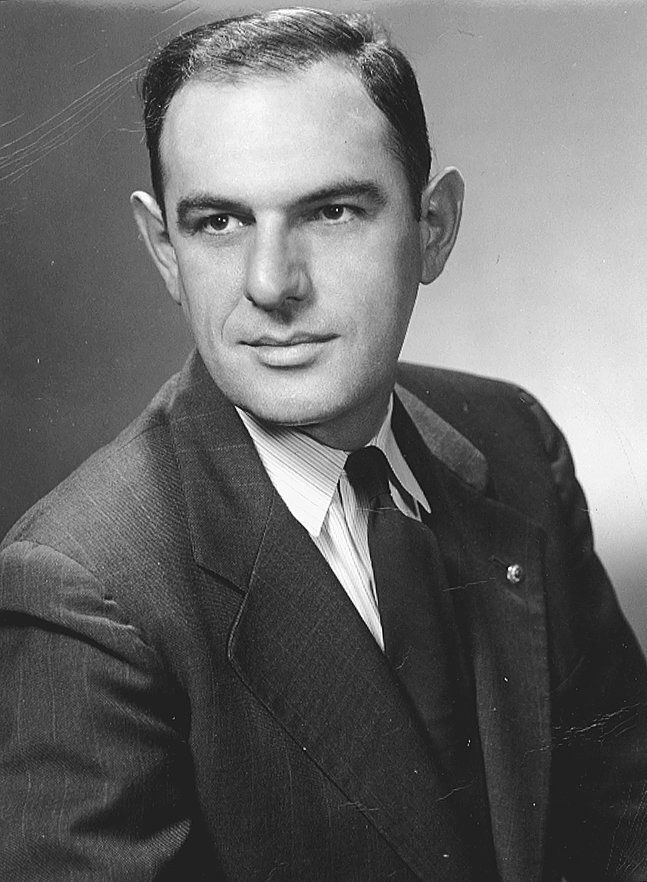 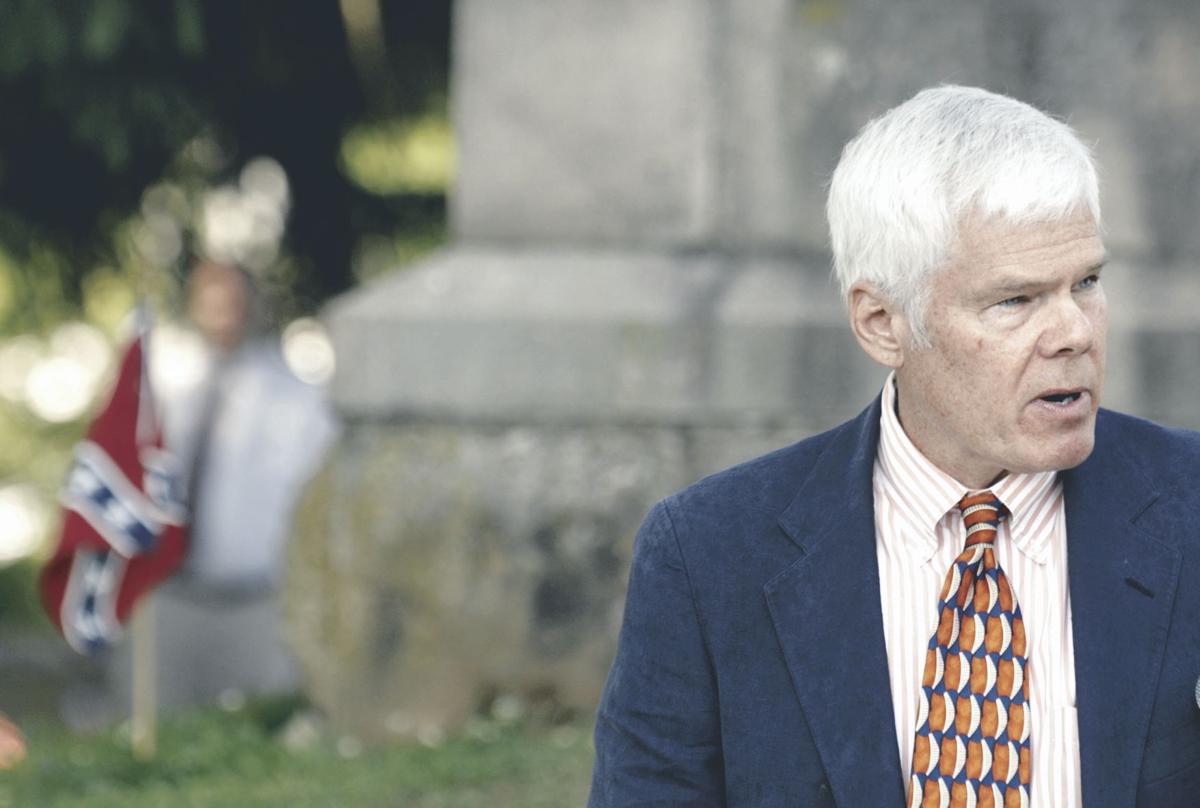 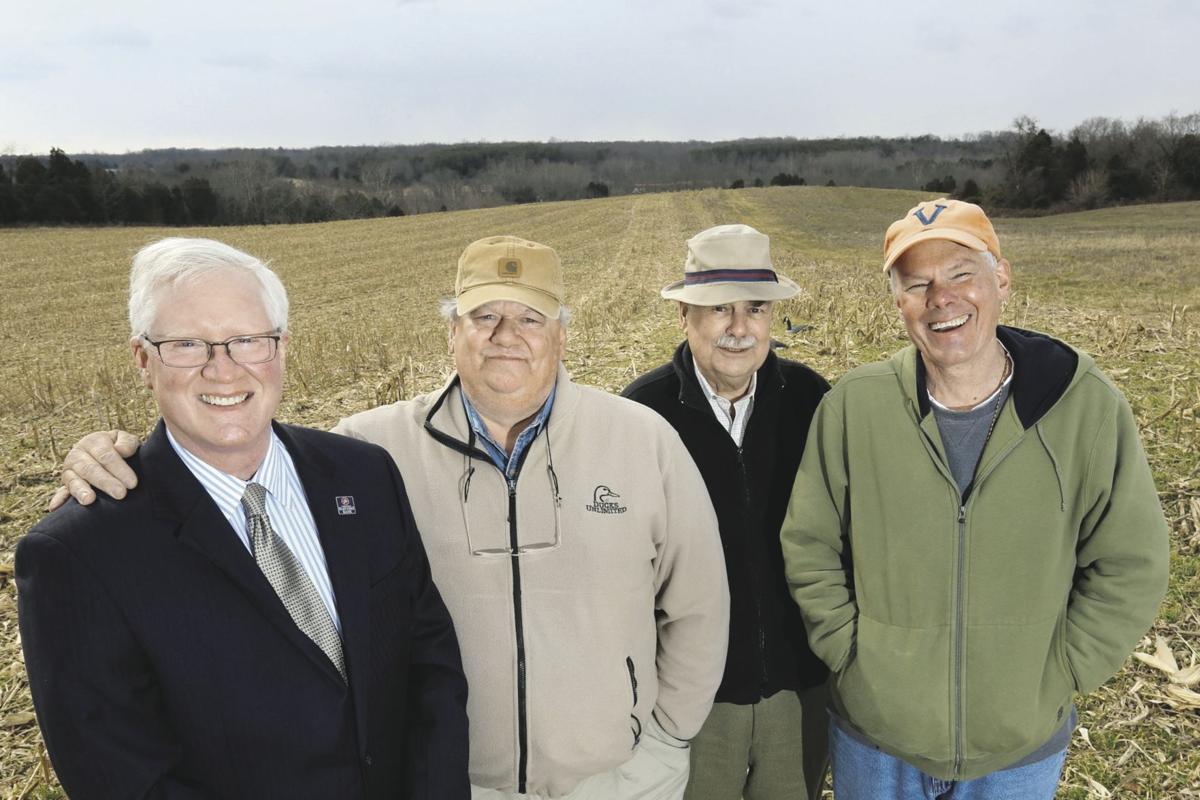 Central Virginia Battlefield Trust's Jerry Brent (right) stands with (from left) Lloyd Harrison III, John Mitchell and Enos Richardson Jr. on a newly preserved tract in 2013. Brent, who died in 2014, is one of four men whose names soon will be added to Fredericksburg's Wall of Honor.

The late Josiah P. Rowe III, a former Fredericksburg mayor and longtime owner and publisher of The Free Lance–Star, had a major impact on the city in the last half of the 20th century.

As mayor in the 1960s and early 1970s, he helped lead Fredericksburg residents through racially charged times, and the city purchased 4,800 acres along the Rappahannock and Rapidan rivers during his tenure to protect its drinking water. He also served as a publisher from 1949 until 2010 of the award-winning newspaper, and was a major donor to the University of Mary Washington, the Rappahannock Area YMCA and Fredericksburg Area Museum.

City Council recently approved the Fredericksburg’s Memorials Advisory Commission’s recommendations that the city add Rowe—along with O’Neal Mercer, Robert “Hotsy” Moore and Jerry H. Brent—to the city’s Wall of Honor. They will officially be inducted at a later date at City Hall.

The Wall of Honor was created in 2000 to recognize people who made significant contributions to the Fredericksburg community during their lifetimes. Recipients have to have been deceased for at least a year.

Rowe, a Fredericksburg native, grew up setting hot metal type for the family’s newspaper after school. He and his older brother, the late Charles S. Rowe, took over The Free Lance-Star when their father died in 1949. Time magazine picked the paper as an outstanding small daily in 1984, citing among other things its “determined efforts in the area of freedom of information.” The paper earned similar recognition from the University of Missouri–Columbia School of Journalism in 1989.

“No one captured the spirit of The Free Lance-Star as a ‘family newspaper’ more than did Joe Rowe,” said Ed Jones, a retired FLS editor who recommended Rowe for the Wall of Honor. “He was the one person who knew how to operate every piece of machinery in the building. He was as skilled at catching typos as he was at adjusting the settings on the printing press.

“He cared deeply about meeting the highest standards in every facet of his businesses, and that devotion inspired his staff—many of them decades-long employees—to care just as much,” Jones added.

Rowe purchased his brother’s share of The Free Lance–Star after Charles Rowe retired as editor and co-publisher in 1997, and was instrumental in building Print Innovators, the company’s state-of-the-art printing plant. It opened in the Battlefield Industrial Park in Fredericksburg in 2010 just before Rowe retired.

Following in the footsteps of his father, grandfather and great-grandfather, Rowe ran for and was elected mayor of Fredericksburg. He served from 1964 to 1972. During his tenure, the city purchased a 30-mile stretch of riverfront to protect wildlife and water quality while providing opportunities for outdoor recreational activities in perpetuity.

The Rev. Lawrence A. Davies, another former Fredericksburg mayor, remembered how the city mourned Martin Luther King Jr.’s death in 1968 by holding a memorial service that began with a three-block march from Mount Zion Baptist Church to St. George’s Episcopal Church. Rowe joined him and other city leaders in a procession, which Davies credits with helping the community escape the violence and destruction that erupted elsewhere.

Rowe also served six years on the city’s School Board and did stints as president and board chairman of Mary Washington Hospital. He was active in a number of other organizations, and helped push for and finance indoor tennis complexes at the University of Mary Washington and the Massad Family YMCA facility in Stafford County.

O’Neal Mercer grew up in Mayfield in the 1940s and ’50s when Fredericksburg was segregated, but the discrimination he faced made him determined to fight social injustices and inequalities.

He helped lead the fight for free bus service for all the city’s children to Hugh Mercer Elementary School, including the charter bus operated by the Mayfield Civic Association. He also pushed the city for decades to build what is now the Doris E. Buffett Pool in Dixon Park so all residents would have a place to swim.

Mercer served on the city school’s advisory committee, which implemented a system to give gave students with disabilities educational opportunities before any other jurisdiction in the state. He was also committed to preserving Fredericksburg’s Black history, and had a marker erected at the site of Fredericksburg Normal and Industrial Institute (Mayfield High School), which was the region’s first high school for Blacks. It ran from 1905 to 1936.

Mercer graduated from Walker–Grant High School and enlisted in the U.S. Army, where he became a member of the 82nd Airborne Division. When he returned to Fredericksburg, he became a co-owner of B&O Grocery at Dixon and Princess Anne streets and then manager of Hazel Hill Apartments, the region’s first subsidized housing complex.

He also became involved in the community and the NAACP. He was the Fredericksburg Branch NAACP’s first president, a parliamentarian of the Virginia State Convention and Area 13 Virginia State NAACP chairperson. He also served as a president of the Mayfield Civic Association, and was a member of the Walker–Grant Alumni Association and Citizens United for Action.

“Mr. Mercer was a very driven individual who followed his passions and goals, especially those for whom others would benefit,” said Trudy Smith, who nominated him for the Wall of Honor.

Robert “Hotsy” Moore was Fredericksburg’s biggest promoter in the 1940s to 1960s, organizing sports events, parades and even a Miss Fredericksburg pageant. He had a knack for befriending celebrities such as boxing champ “Rocky” Marciano and Redskins quarterback Eddie LaBaron, and getting them to take part.

“If Hotsy organized it, you knew it would be big,” said Jane Forbush Bailey and John Chichester, who nominated him.

He arranged American Legion baseball tournaments that pitted the Fredericksburg All Stars against teams from the surrounding military bases. Future professional ballplayers, including Willie Mays, were among those who took part. Money raised at these events went toward veteran rehabilitation, education of war orphans and a junior youth baseball team and the Girls and Boys State camp.

When Moore decided the city needed a Miss Fredericksburg Pageant, he affiliated it with the Miss Virginia Pageant and convinced the owner of what was then the Victoria Theater downtown to donate it for the three-day event. Volunteers built a walkway over some of the seats, and he convinced celebrities to serve as judges.

Moore, president and manager of Young & Sweetser Co., was also involved with the Lions Club Follies, a charter member and production manager of the Fredericksburg Little Theater and performed with the Mary Washington College Players. He also fought to preserve Fredericksburg’s historic buildings before Historic Fredericksburg Foundation Inc. was formed.

Jerry Holland Brent was a Fredericksburg native who became executive director of the Central Battlefields Trust after a 30-year career with the Rural Utilities Service at the U.S. Department of Agriculture.

He had a great love for history, especially his hometown’s. This inspired his impressive collection of local historic documents and artifacts, many of which were found at yard sales and auctions. These photographs and early postcards, shared in a Fredericksburg Area Museum display, document the buildings and vistas both locally and statewide.

“Fredericksburg is lucky to have people like Jerry Brent as citizens,” wrote Jeanette Rowe Cadwallender, who nominated him. “Quiet, capable and unassuming, he helped to tell the story of our historic past.”

He and his wife, Lou Thornton Brent, lived on Washington Avenue and were benefactors of local artists. He was also a member of the Friends of the Central Rappahannock Regional Library.

Longtime newspaperman and philanthropist Josiah P. Rowe III, pictured in 1968, served as mayor of Fredericksburg from 1964–72.

In summer 2006, Mercer O’Neal, a longtime activist in Mayfield, discusses his successful efforts to bring a public swimming pool to the community in summer 2006.

O’Neal Mercer places his hand on another member of Shiloh Baptist Church (New Site) in Fredericksburg as three generations of churchgoers pray together on a Sunday in 2006.

Robert ‘Hotsy’ Moore poses in 1965 next to a gallery of beauty queens. For years, he organized the Miss Fredericksburg pageant.

Central Virginia Battlefield Trust's Jerry Brent (right) stands with (from left) Lloyd Harrison III, John Mitchell and Enos Richardson Jr. on a newly preserved tract in 2013. Brent, who died in 2014, is one of four men whose names soon will be added to Fredericksburg's Wall of Honor.