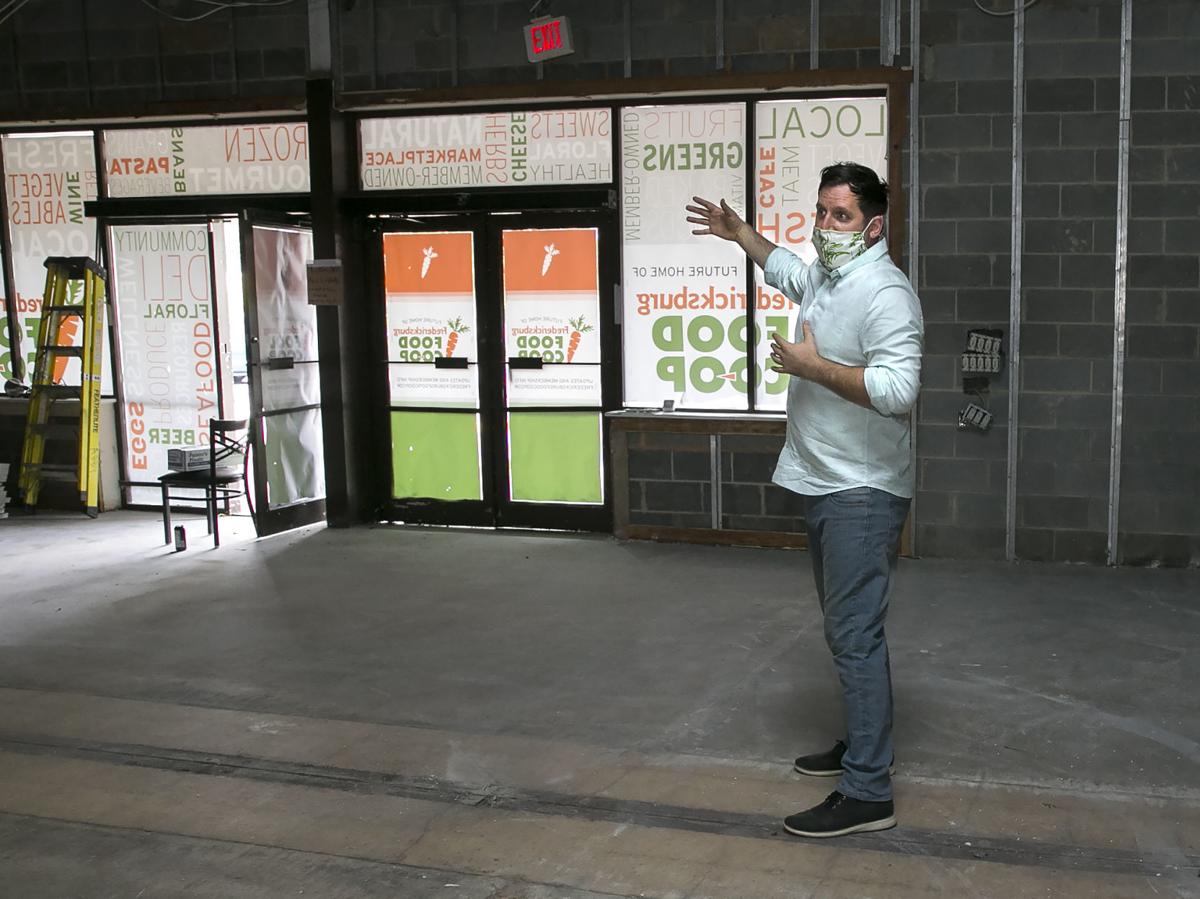 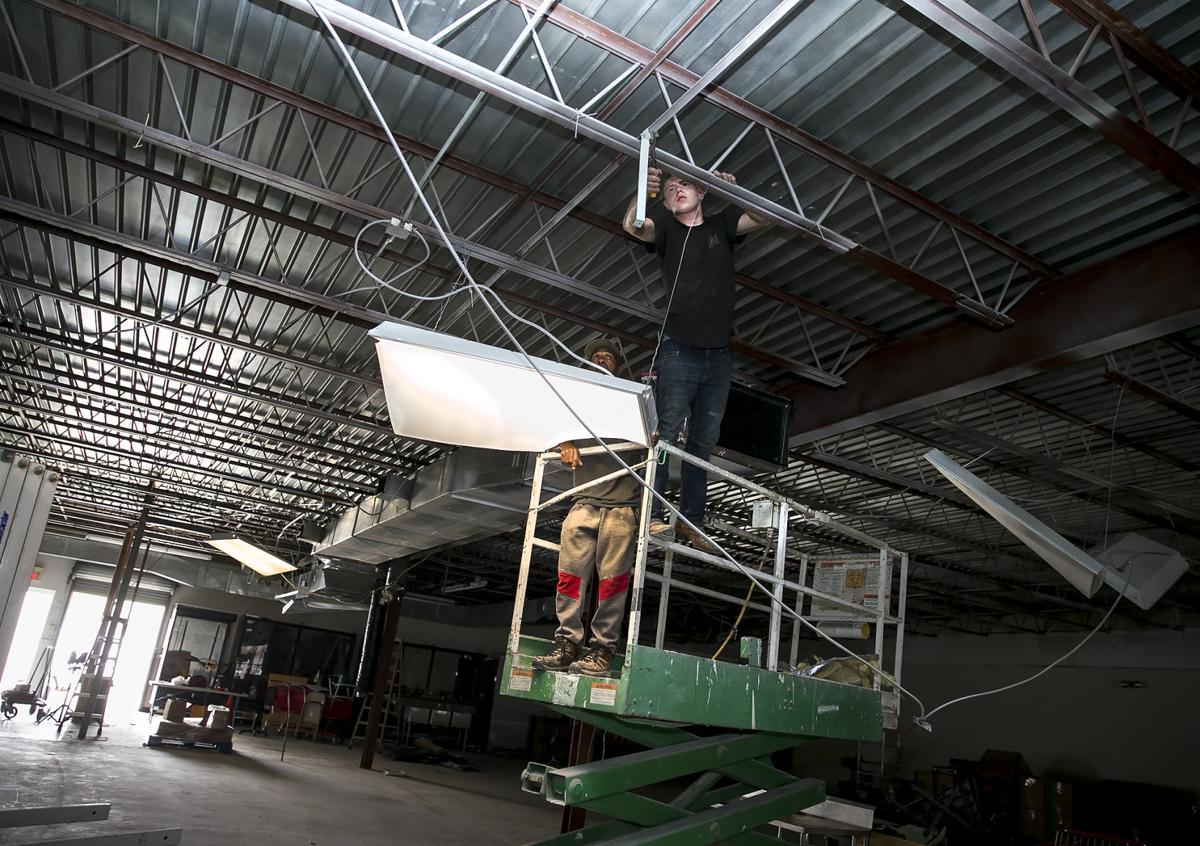 At a time when businesses are closing or furloughing workers from the impact of COVID-19, the Fredericksburg Food Co-op is moving in the opposite direction.

Volunteers have raised more than $4.1 million through the sale of membership shares, from traditional bank loans and from loans made to the organization by individual members. With the capital, the co-op plans to open in late November or early December and start hiring next month. The co-op eventually will employ 35 people, according to a press release.

“While the rest of the world has been at a halt, the Fredericksburg Food Co-op has been in full force getting ready to open,” said Selma Kossol, a co-op owner who also loaned money toward the venture. “I can’t think of a more sound investment during this turbulent time. The words local, fresh and community are more important now than ever before.”

Almost five years ago, a group of volunteers started planning for a store that would be owned by members of the community and feature items locally grown and produced, all while supporting healthy food options and environmental sustainability.

Last summer, co-op board members signed a lease with Lee Plaza LLC to set up space off U.S. 1 between Charles and Princess Anne streets in Fredericksburg.

Contractors have done the demolition work inside the former Kabul Mart, and the building is currently an empty shell, said Chris Roland, the co-op’s general manager, who was hired last fall. When city officials approve the store’s building permits, workers will install coolers and grocery aisles, build a kitchen and dress up the storefront with glass panels and an outside patio space for 30 people. There also will be a large dining area inside.

In a few weeks, Roland will start interviewing for various full-time management positions, and some of those people, such as the marketing director and deli planner, will start work in August. Later this summer, he plans a job fair to attracts workers who will be hired later, including cashiers, stockers and cooks, counter and service people.

More information is available by emailing Roland at gm@fxbgfood.coop.

Because community cooperatives rely on volunteers to raise money and scout out possible sites—when the members are not working full time or engaged in other activities—the process can be slow going at times, Roland said. That has not been the case with the Fredericksburg Food Co-op, which has continued to make strides even during the midst of a global pandemic.

“People are really hungry for this thing, and they’re willing to put their money where their mouth is,” he said. “That’s part of the reason I moved here from Chicago to help open this because the amount of support here is huge.”

The notion of people spending $200 for a share in a business that hasn’t even opened yet is “such a leap of faith,” he said. As of early July, 1,473 had purchased shares, according to the group’s website.

On top of that, members also made loans to the organization to move the project along, and some of those totaled more than $100,000.

Rich Larochelle, chairman of the co-op’s board of directors, said he was excited to see an idea “that so many have worked on for the past five years about to become a reality.” He asked other board members and owners to comment on the co-op’s progress, and their responses reflected the local, as well as global, benefits.

“Supporting the local food scene is smart for the planet and for our health,” wrote Pete Kelly and Julia DeLancey. “The Food Co-op will be an important addition to the Fredericksburg community, and we are happy to be able to help.”

Mike Mondak said it would be great for the community—and not just for people who sold their goods or shopped at the store. Don Caswell looked forward to its development.

Fred Rankin spoke about its importance, adding “I like that I am investing in a local project.” John Sovitsky said he’d rather see his money “work in this community than on Wall Street … There is no downside to this.”

Lana Ingram said she appreciated the “socially responsible” manner of the co-op, and Jeff Ely said he likes the focus on supporting small, local farmers.

Adam Schwartz added: “I want to live in a community with a vibrant food co-op.”

Roland said the one thing about the local co-op that surprised him more than the speed at which things have happened is the dedication of the volunteers. Gloria Lloyd, a founding member of the board, said the same. She’s worked with volunteers for more than 40 years in all types of enterprises and, “I have never experienced the depth, commitment and enthusiasm I discovered with co-op volunteers. We have succeeded because our many volunteers said yes to giving their skills.”

After huge growth, Robinhood heads to the market

After huge growth, Robinhood heads to the market

Astronomers capture closest ever image of nearby exoplanet

Astronomers capture closest ever image of nearby exoplanet

Most Fredericksburg-area localities have 'substantial' rates of COVID-19 transmission

CDC's new recommendation calls for even fully vaccinated people in areas with high or substantial rates of virus transmission to wear masks inside public places.