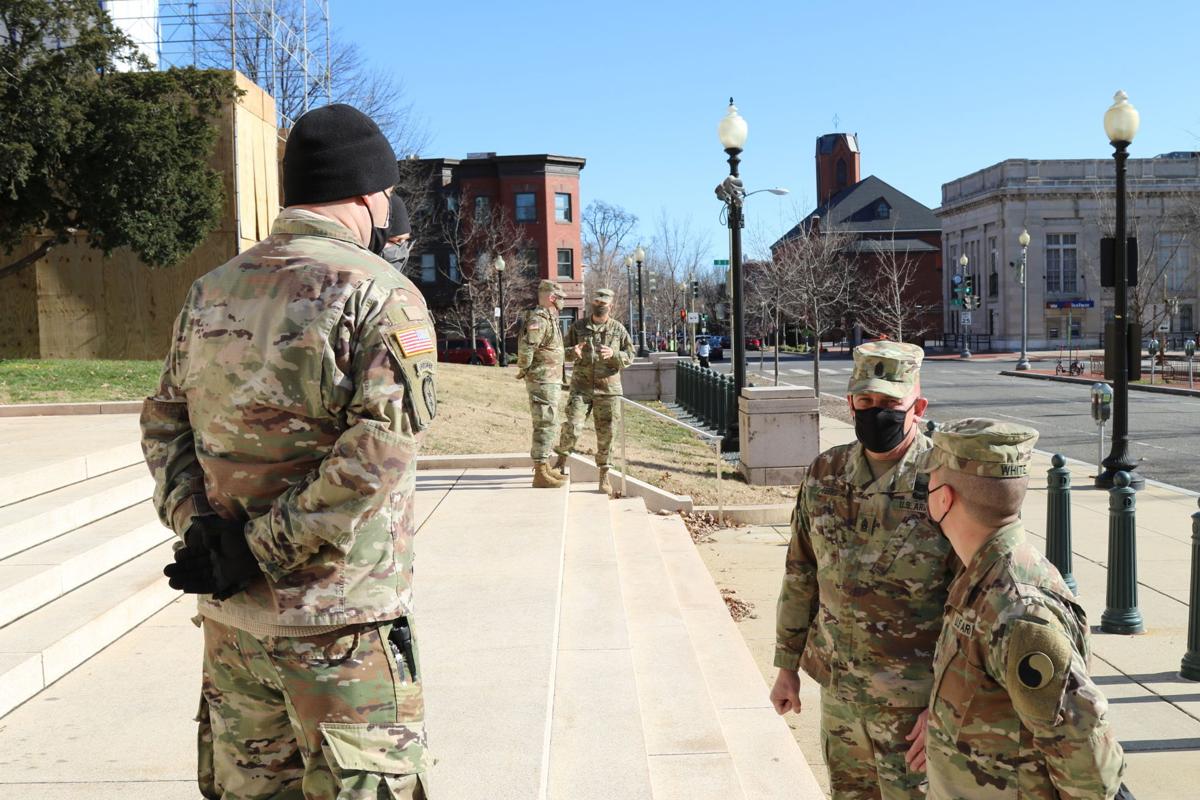 The Virginia National Guard has deployed about 1,000 members to Washington, D.C., to assist law enforcement agencies, and many of those are from the Fredericksburg-based 229th Brigade Engineer Battalion.

A.A. “Cotton” Puryear, chief of public affairs for the Virginia National Guard, declined to provide additional details in a Monday email, citing “operational security reasons and the safety and security of our personnel.”

Over the next few days, troop strength will increase to about 2,000 soldiers and airmen from the state. They will join fellow National Guard members from Maryland, Pennsylvania, New Jersey, Delaware and New York, bringing the total force on Capitol Hill to about 6,200 uniformed men and women.

“The soldiers and airmen will assist in protecting property and providing a safe environment for citizens to exercise their right to peacefully assemble and protest,” the Virginia National Guard said in a press release Friday.

The deployment is in response to last Wednesday’s storming of the U.S. Capitol by angry supporters of President Donald Trump, in which a Capitol police officer and four other people lost their lives.

Police said both law enforcement and protestors deployed chemical irritants during the hours-long siege of the Capitol building before it was cleared Wednesday evening by law enforcement. In the aftermath, a pipe bomb was located outside the Democratic National Committee and another other outside the Republican National Committee. The Metropolitan Police Department also reported a cooler of Molotov cocktails was found near the Capitol building.

Gov. Ralph Northam authorized Virginia National Guard support in the nation’s capital after a request from Washington Mayor Muriel Bowser. The soldiers and airmen are scheduled to be on duty through the inauguration of President-elect Joe Biden Jan. 20, and can remain under the control of Northam for up to 31 days.

On Monday, Bowser urged Americans to avoid the city during the inauguration and to participate virtually.

As Virginia Guard members supports the security effort in Washington, additional soldiers and airmen will continue to support COVID-19 testing across the state, assisting the Virginia Department of Health with planning for administering COVID-19 vaccinations.