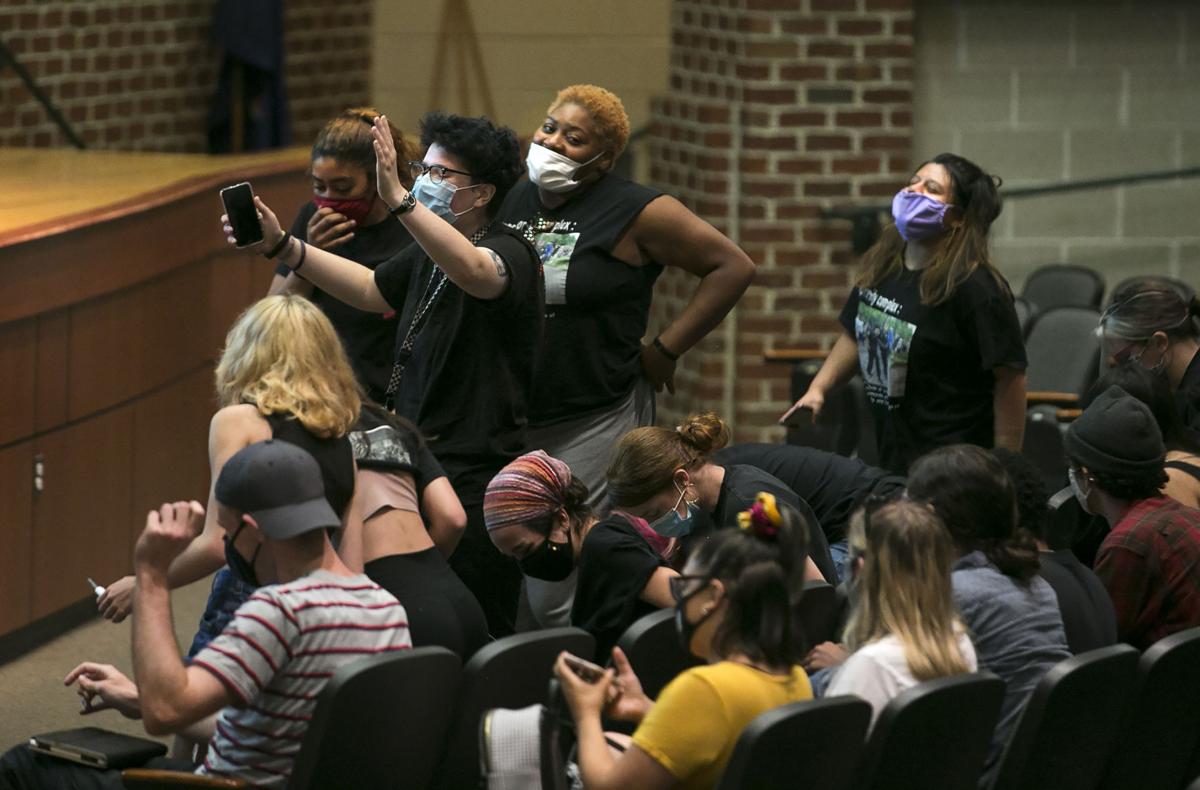 Protesters shout at the close of the police department session, saying police failed to answer their questions. 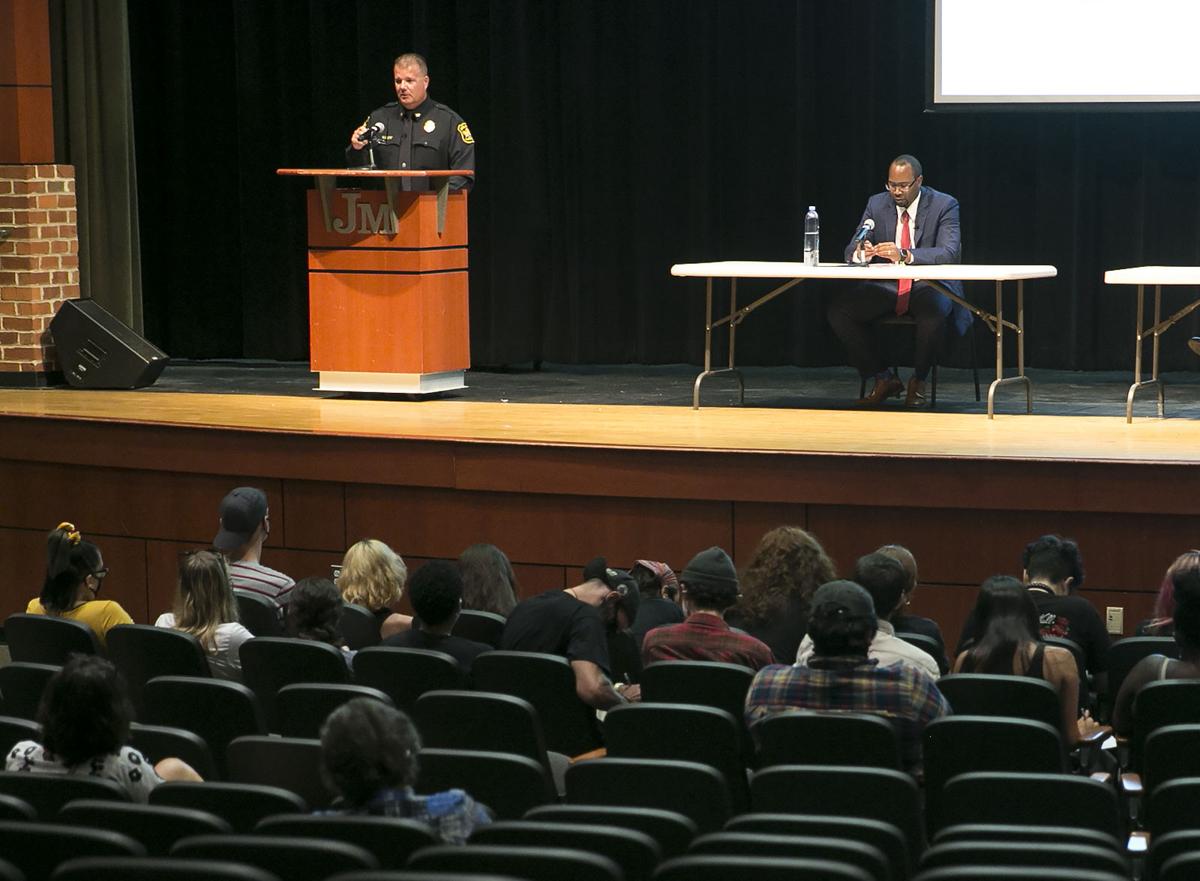 Layton was so pleased that he announced plans to hold similar events on a regular basis.

But at least half of those who attended Wednesday’s session had reactions that were far different than the chief’s.

A group of about 20 young people, most of whom have been participating in protests in the city for nearly two months, erupted as the session ended and began chanting loudly as they left the building.

Layton, City Manager Tim Baroody and police Capt. Betsy Mason were among the targets of the protesters, who shouted such things as, “Layton is a liar. He should be fired.”

The group then gathered in the parking lot for a Black Lives Matter rally. Protest leader Eddie Banks gave several commentaries about police wrongdoing. She also led chants that have become familiar around the country in recent months, including inserting the names of Layton and others into KKK-related chants.

Banks later said she and others were upset that police answered none of the questions they submitted during the registration process prior to the meeting.

“They invited us here and told us to submit questions,” Banks said. “Then they didn’t answer any of them. Once again, the police have let us down.”

Before answering several questions submitted prior to the meeting, Layton warned attendees that most of the questions would not be answered Wednesday. But he promised that each question would be addressed on the city police website in the near future.

Police spokeswoman Sarah Kirkpatrick said many of the submitted questions could not be addressed Wednesday because the answers weren’t readily available.

Banks and others scoffed at that response, saying many of their questions have been lingering since May 31, when a large group of protesters were tear-gassed on Cowan Boulevard near police headquarters during one of the early protests that followed the death of George Floyd in Minneapolis.

Layton said again that the incident has been under review and he expects a preliminary report to be on his desk Friday. He said the report will be released to the public sometime in August.

The chief also announced the expansion of a citizen advisory panel that oversees the police department and related complaints. Layton said the new panel will have nine members; it currently has six slots, though there are only four members.

Kirkpatrick said the department will begin taking applications for the panel next week. Layton said the panel will include at least one person between the ages of 18 and 30, the general age range of the protesters.

Most of Wednesday’s meeting consisted of Layton and Lts. James Kuebler and Rashawn Cowles providing information about the department, such as its staffing, use of force policy and training requirements.

Kuebler said that only 10 percent of those who begin efforts to become a city police officer make it into the department. He said the ongoing training is “far beyond” what is required by the state.

Still, Kuebler said, even a veteran officer with extensive training like he has is going to fall short at times “because I’m a human being.”

Wednesday’s crowd was limited because of social distancing issues, police said. Kirkpatrick said the next forum is scheduled for Aug. 19.

Protesters shout at the close of the police department session, saying police failed to answer their questions.