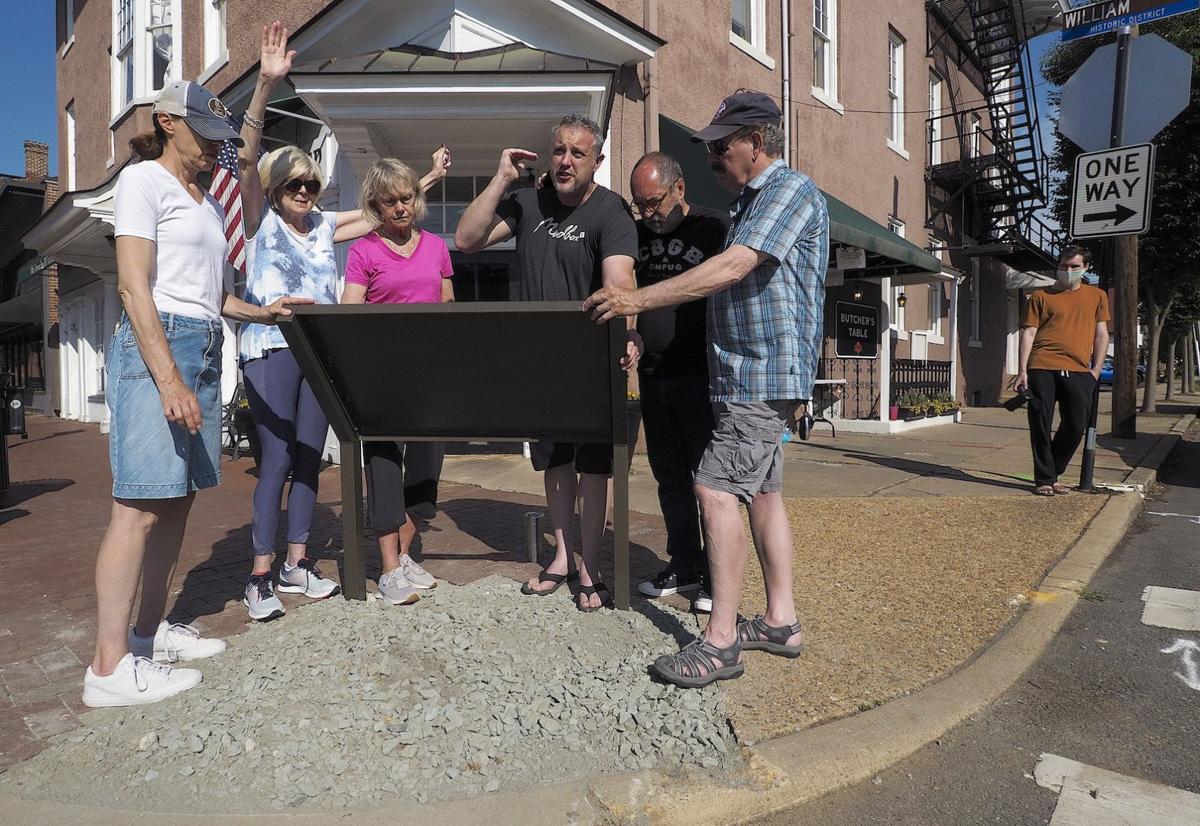 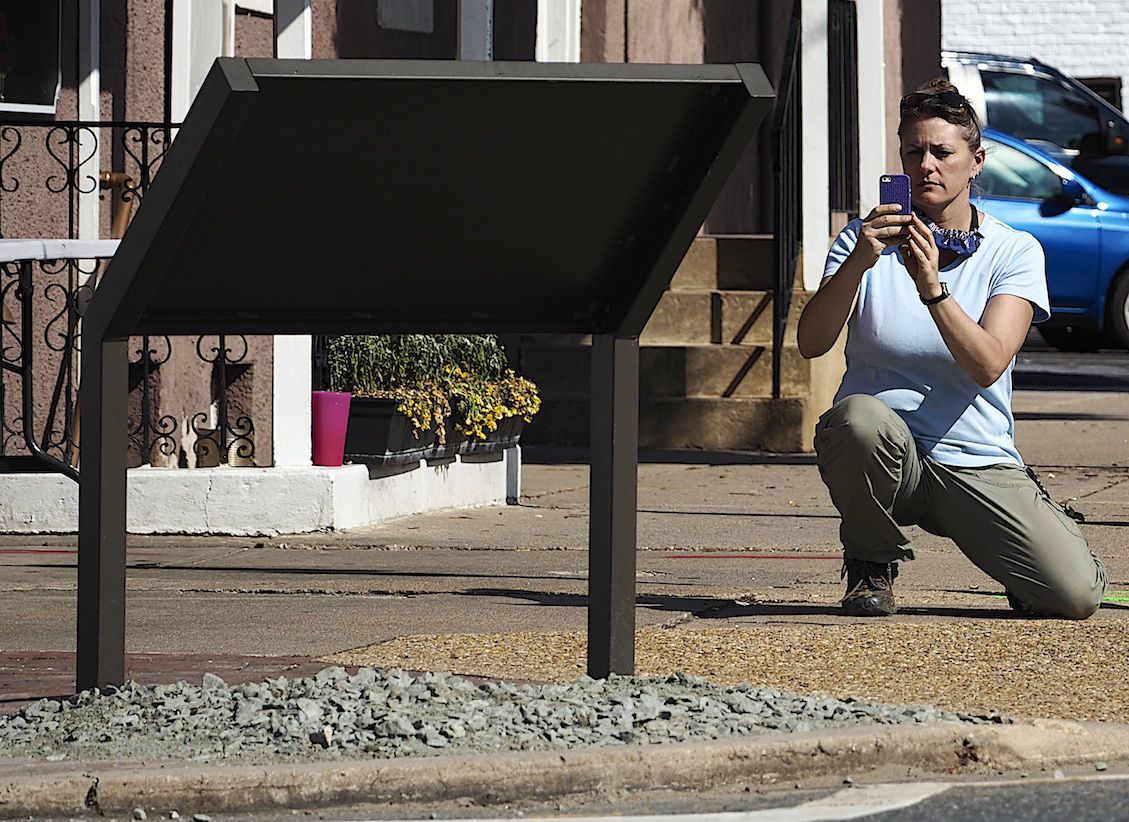 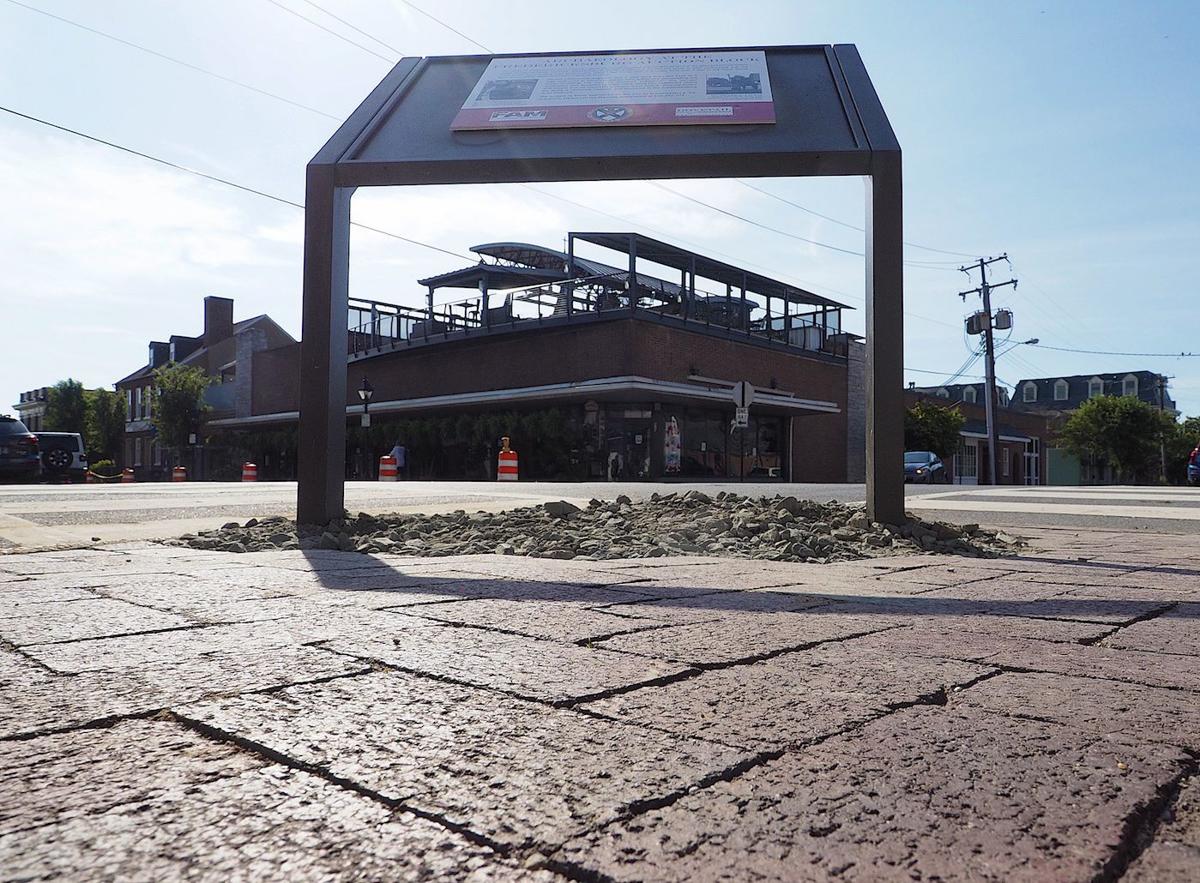 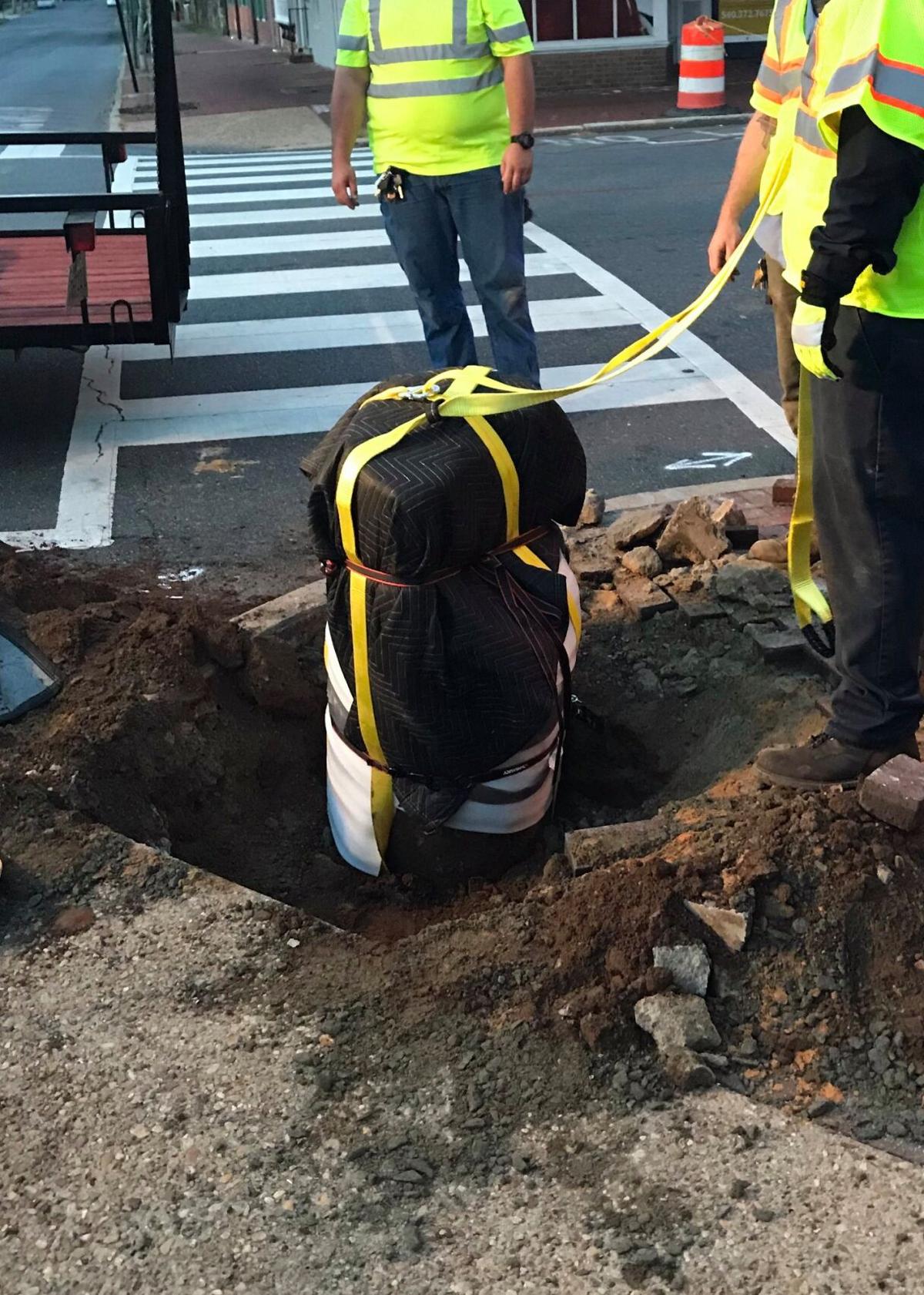 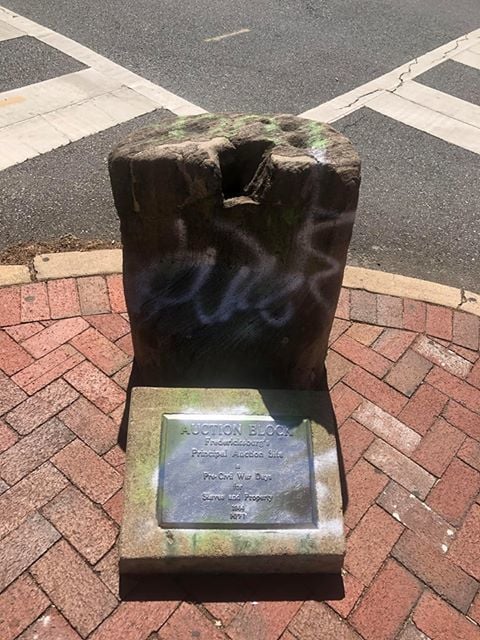 “The auction block had become a focus of local protesters over the past week, serving as a way stop along procession routes on multiple days of demonstrations. ‘Move the block!’ became a chant of those protesting the death of George Floyd in Minnesota. The block was spray-painted with graffiti twice over the course of the days of protest,” according to a city news release. ​

Removal of Fredericksburg’s controversial slave auction block will finally go ahead this month after being delayed by lawsuits and COVID-19.

A city staff team reconvened Wednesday to update plans for excavating the auction block from the corner of William and Charles streets so it can be loaned to the Fredericksburg Area Museum. New measures will include social distancing and other steps necessary to protect workers’ health.

No date has been set yet, according to City Manager Tim Baroody.

FAM, which is tentatively set to reopen in August, is planning to display the auction block in an exhibit with the working title of “From Darkness to Light.” The name was chosen to evoke movement from slavery to accomplishments by the local African American community. Staff is now working on incorporating the local protests over the death of George Floyd in Minnesota as well, said Sara Poore, FAM’s president and CEO.

“If nothing else, these protests in Fredericksburg have really brought home that we actually have racial inequity in this community and we need to all work together,” she said. “I think we’re doing that. The majority of the protesters are feeling that their voices are being heard. That’s what they need.”

Poore said the museum is working with the city to make sure the auction block remains safe. It has been spray-painted twice during the recent protests, she said.

City Council voted last year to move the auction block to the museum, but two local businesses filed a petition with the Fredericksburg Circuit Court to keep the stone where it is. Judge Sarah L. Deneke ruled in the city’s favor in February, but one of the businesses, E.D. Cole Building, asked the Virginia Supreme Court to block the auction block’s removal while her decision was being appealed.

E.D. Cole Building owns the vacant building across William Street from the auction block. The other participant in the initial petition was Local Holdings, which owns The Olde Towne Butcher shop and The Butcher’s Table restaurant in the Knoxana Building, which is next to the auction block. It was not a party to the appeal.

Research indicates the auction block, which is made of Aquia sandstone, was installed between 1844 and 1845, when Joseph Sanford constructed what’s now known as the Knoxana building at 401–405 William St.

The three-story brick building was known first as the United States Hotel, and later renamed the Planter’s Hotel. It was the site of many public auctions in the mid-19th century, including those where enslaved people were sold or hired out.

Fredericksburg residents have debated what to do with the auction block several times over the years. The issue arose most recently in 2017, and was followed by two years of community-wide discussions.

City Council originally voted to keep the stone in its current location after a public forum and survey. But members reversed that decision after a year of discussions led by the International Council of Sites of Conscience found participants never reached a consensus on whether to move it, which aspects of its story to focus on and who should make those decisions.

City staffers had been consulting with the Virginia Department of Historic Resources about relocating the stone, and working with Dovetail Cultural Resource Group and the Fredericksburg Area Museum on the logistics before the lawsuits and then COVID-19 brought things to a halt.