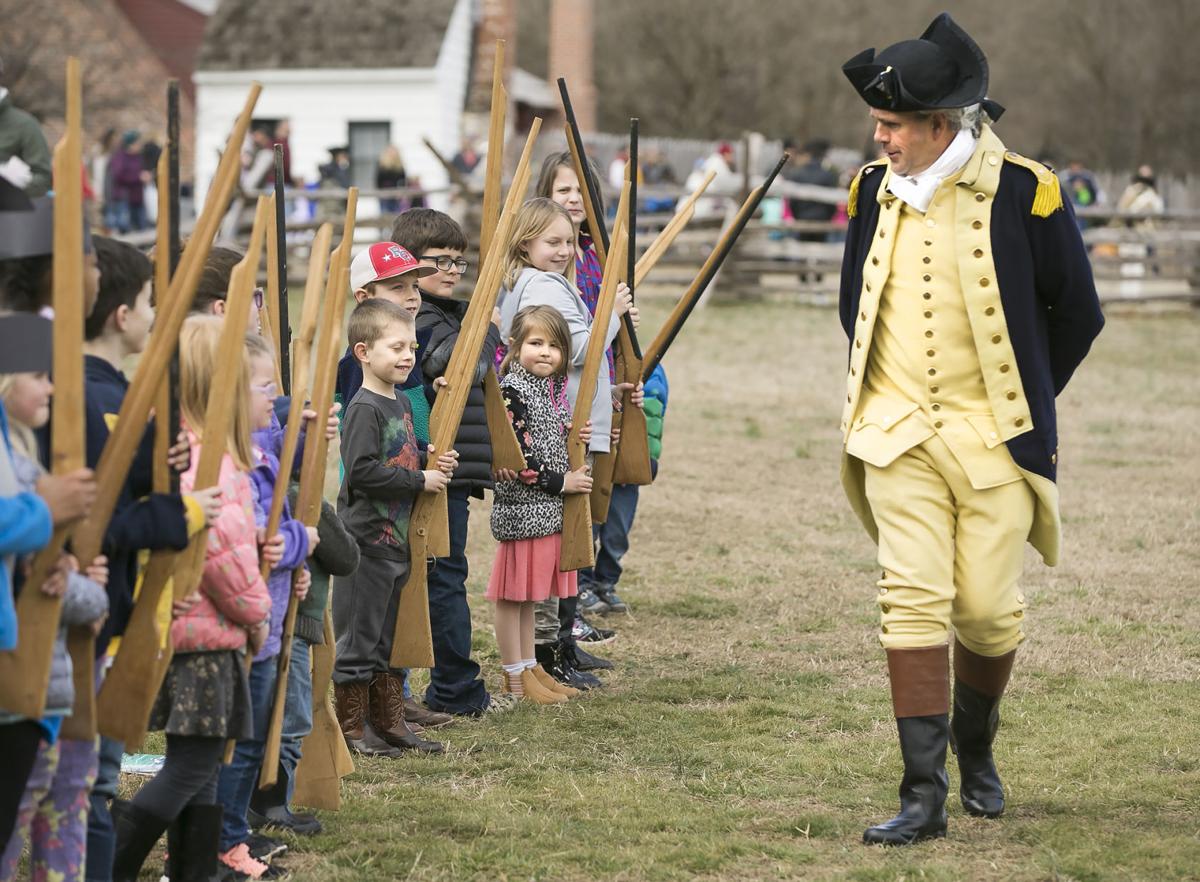 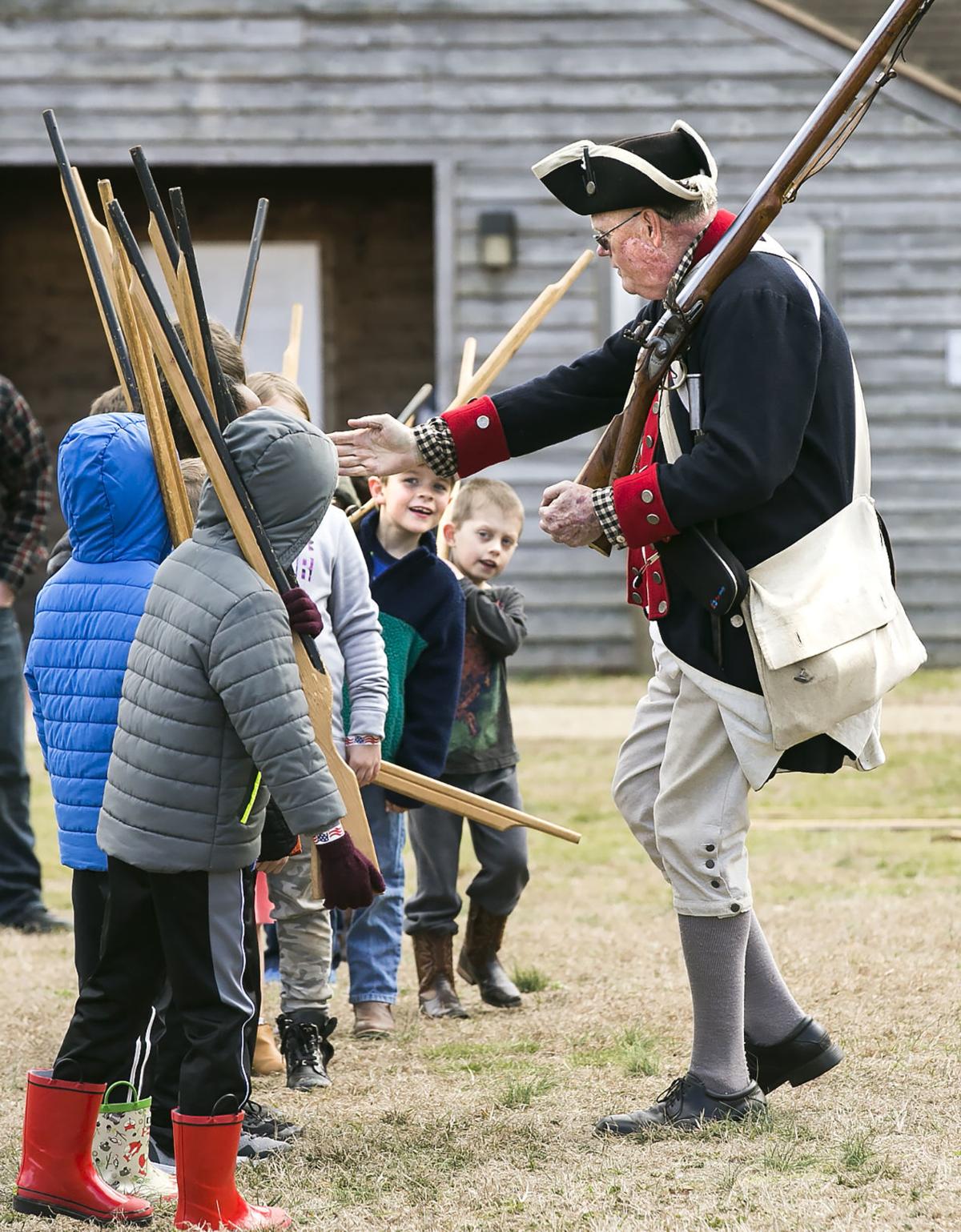 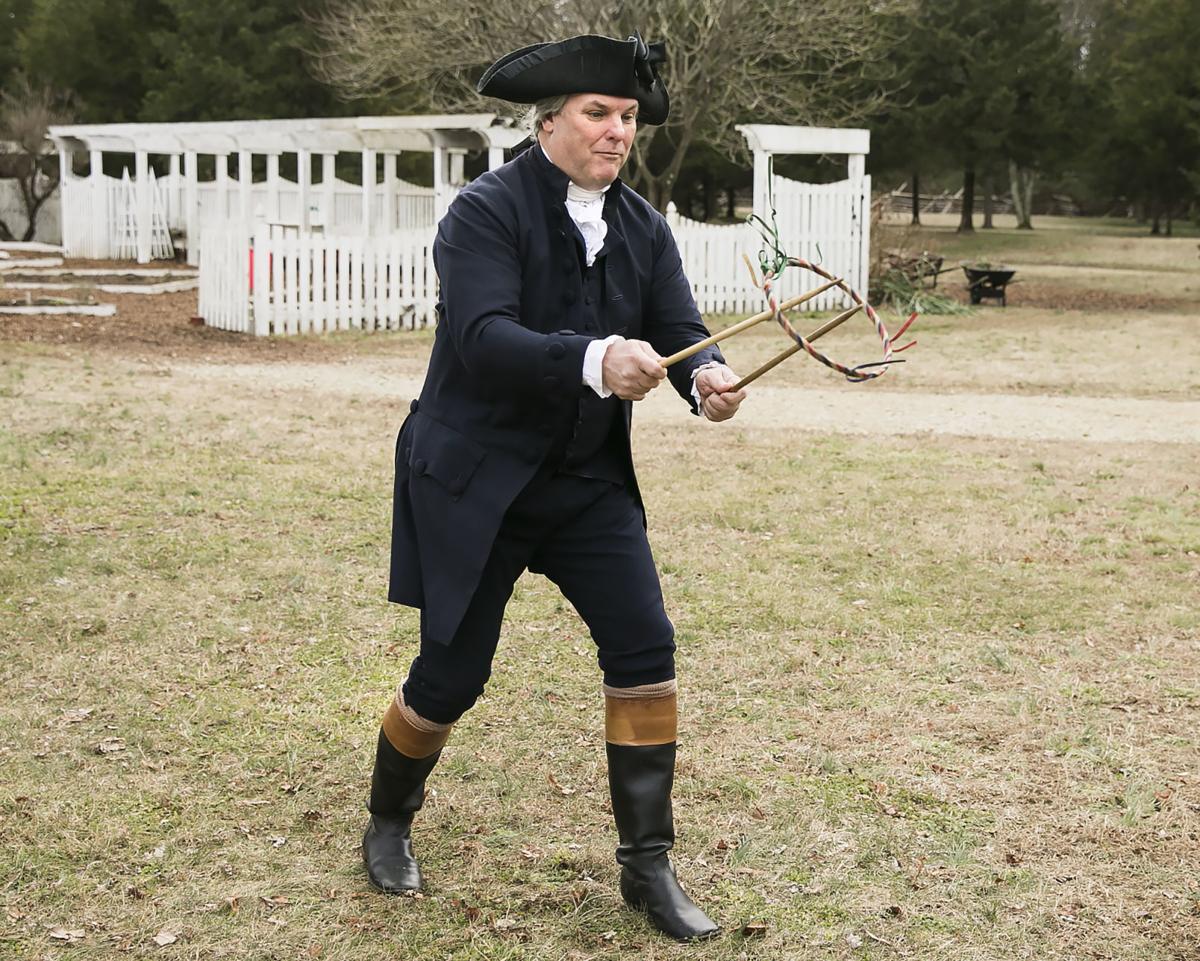 George Washington, portrayed by Greg Fisher, catches a hoop during the birthday celebration at the boyhood home of the first president. 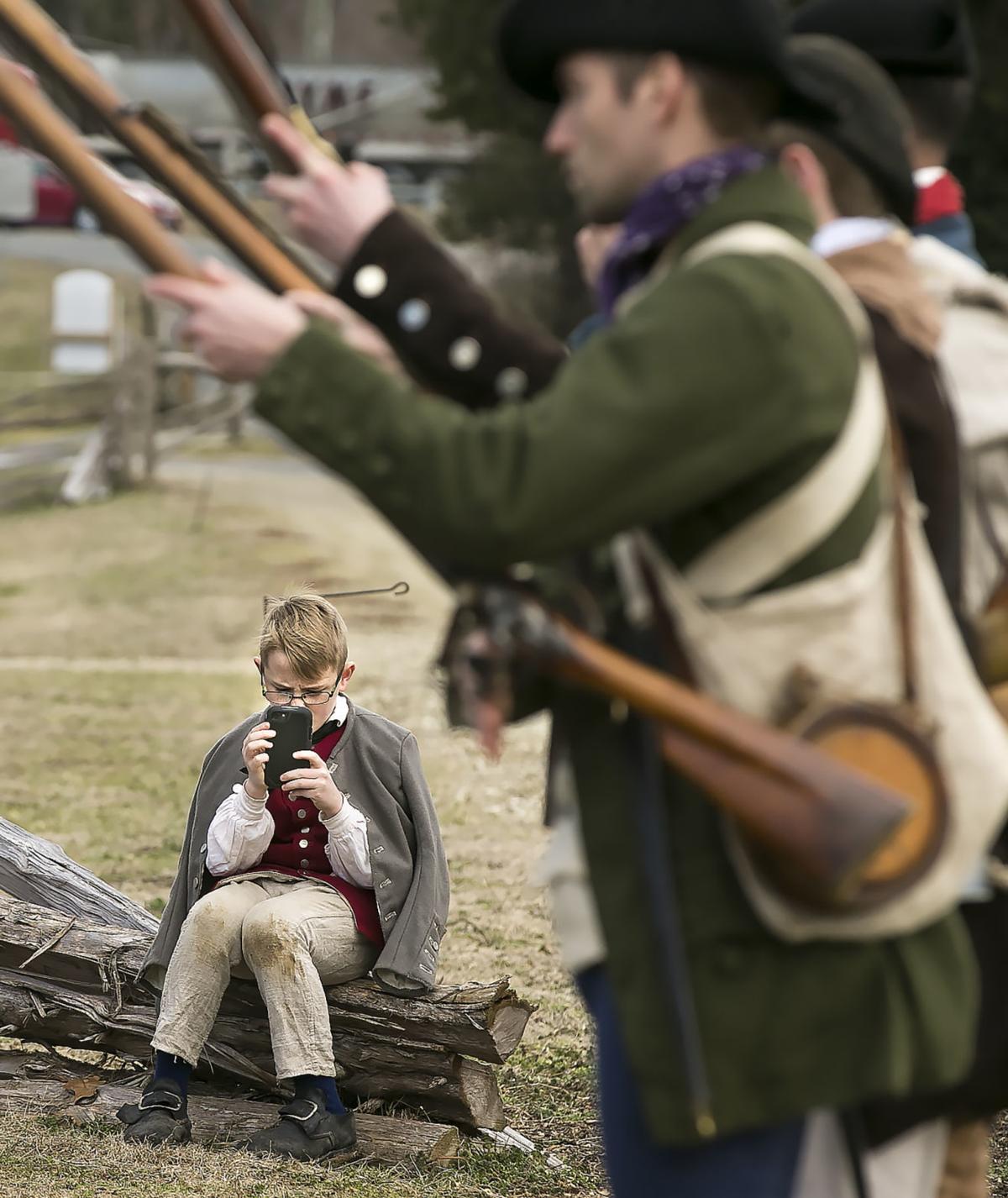 By James Scott Baron For The Free Lance–Star

There’s no better way to celebrate George Washington’s 287th birthday than to eat cake with the man of the hour himself.

Local residents had that opportunity on Monday, as our nation’s first president, portrayed by Greg Fisher of Woodbridge, meandered gracefully through the large Presidents Day crowd of guests, sharing laughs and stories about his younger years growing up along the banks of the Rappahannock River at Ferry Farm.

Fisher has been donning the Colonial-era cloak and cravat for 21 years and was clearly enjoying his celebrity status throughout the day, as curious adults and wide-eyed children approached him to discover what it was like to live on the 80-acre farm during his days as a young boy.

“Ferry Farm was literally George Washington’s playground growing up,” Fisher said, “so as I speak to the children today, I find that they can really relate to that fact.”

Fisher has studied George Washington through the many letters, diaries and books that the nation’s first president left behind.

“He documented everything,” said Fisher. “I simply bring my own ideas to the table and put his experiences—what he did and what he saw—into terms that young children can understand and relate to in today’s world.”

In addition to an abundance of birthday cakes that greeted guests in the Ferry Farm Visitors Center, Monday’s family-friendly event also featured numerous live history demonstrations, including Continental Army soldier Paul Limerick, a retired firefighter from Marine Corps Base Quantico who has been a re-enactor for 12 years.

Limerick’s demonstration included an opportunity for children to practice close-order drills on the marching field and hear about life in the field as a Colonial-era soldier. While waiting for the next group to visit his post, Limerick showed off a .75-caliber British long land surface musket rifle, which surprisingly, had an effective range of only 50 yards.

“Getting into the Army back then was relatively simple, with only one unusual requirement,” Limerick said. “You had to have a minimum of two teeth. One upper, one lower, to enable the soldier to tear open, with his mouth, the wrapper of the rifle’s round and ammo.”

Nearby, Susan Sherman, community relations manager for the George Washington Foundation, showed visitors all the work that went into preparing homemade biscuits more than 200 years ago. According to Sherman, her display gave visitors a rare look at how a simple task today was so labor intensive back in Washington’s day. She even offered take-home instructions for those willing to try the recipe at home.

But it was the recently constructed replica of the Washington family home that seemed to attract the largest number of visitors to the southern Stafford County site Monday, and David Muraca, director of archaeology, was proudly on hand to greet the steady stream of guests as they arrived.

“This is the home’s first birthday tour and we are all really excited,” Muraca said.

The home tour offered guests a “multisensory experience,” according to Muraca, who explained the exhibits inside give visitors an opportunity to touch, smell, look and hear as they move from room to room. The approximately 750,000 artifacts discovered on the grounds during numerous digs offer a variety of items to display within Ferry Farm’s Archaeology Laboratory and Visitors Center.

In addition to all of this, children had opportunities to play games, make their own tricorn hats and quill pencils, or create a birthday card for George Washington himself. Festive music was provided by the five-person ensemble Colonial Faire, a local group of musicians who perform popular music of the period, including “Over the Hills and Far Away,” “Greensleeves” and of course, “A Toast to General Washington.”

Chris and Sharon Owen, who recently moved to the Fredericksburg area from Oklahoma City, were first-timers to Ferry Farm. The couple brought along their three children who found the event extremely fun and educational. They came to Presidents Day event not only in honor of Washington’s birthday, but to do something educational and fun for their children, who were enjoying a day off from school.

Others came to simply see the celebrity himself.

“We have no idea why he loves George Washington so much,” Quade said, “but he does.”

George Washington, portrayed by Greg Fisher, catches a hoop during the birthday celebration at the boyhood home of the first president.