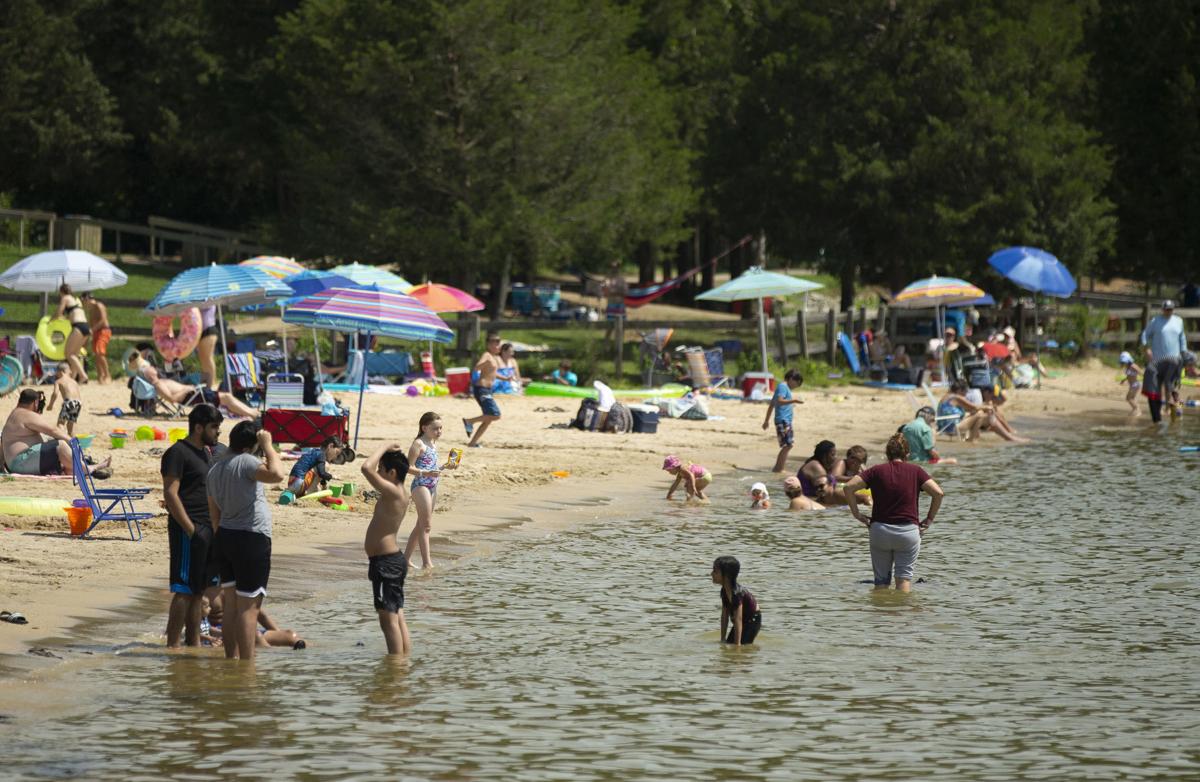 While the Lake Anna State Park beach is safe, algae blooms have led officials to warn people to avoid some other parts of the lake. The Lake Anna Civic Association is working with government agencies and universities to find a solution. 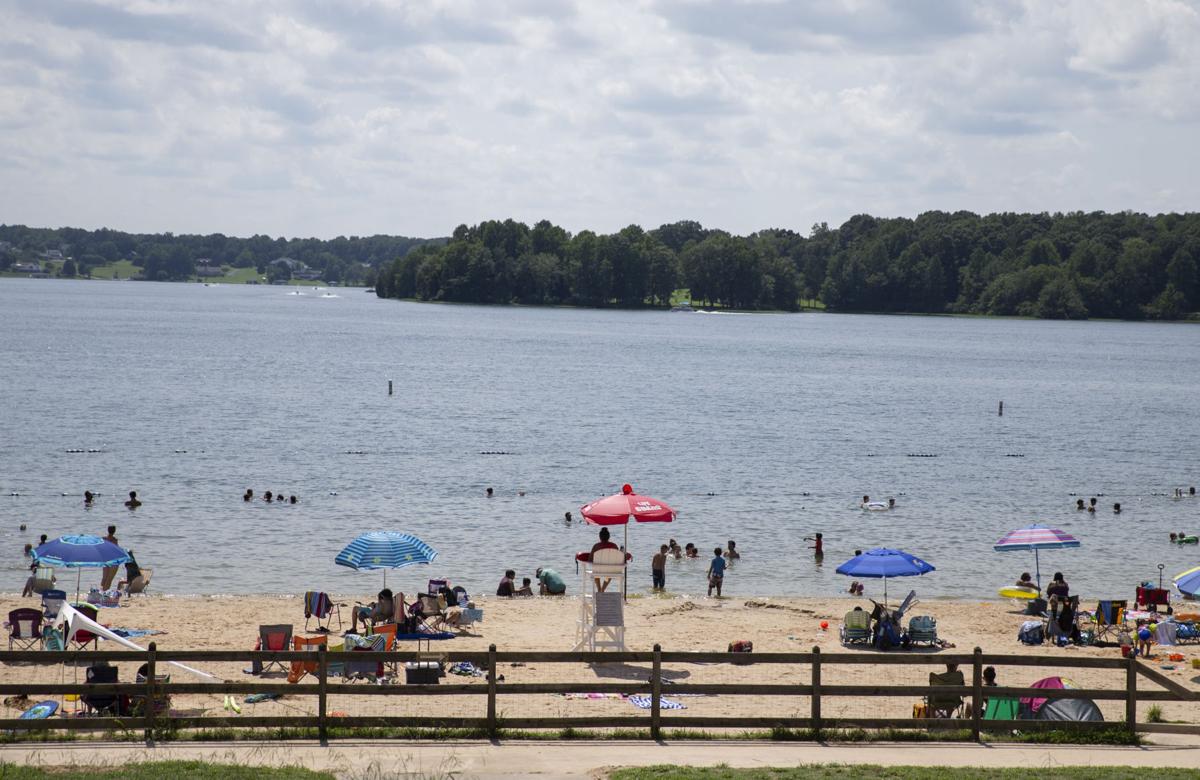 The water is fine at the Lake Anna State Park beach, but algae blooms have affected other areas.

During the week, you can find small crowds of people swimming, cooking out and camping at the 13,000-acre man-made Lake Anna and Lake Anna State Park. On the weekends, big crowds continue to flock to the popular lake to have fun and find relief from the summer heat.

Behind the scenes, though, a lot of work is being done to find out what is wrong with the lake, which is wedged between Spotsylvania, Orange and Louisa counties.

Each of the past three years, harmful algae blooms have led to swimming advisories at the lake, which cools the Dominion Virginia Energy North Anna nuclear power plant and is surrounded by hundreds of homes.

On July 22, the Virginia Department of Health issued the most recent “no swim” advisory after three sites in the upper section of the lake exceeded safe levels of harmful algae with Cyanobacteria. Six other sites tested positive for Cyanobacteria but were deemed to be at safe levels.

The harmful algae blooms, which can cause skin rashes as well as stomach illness, nausea, vomiting and diarrhea, have been contained mostly to upper sections of the lake, away from the prime recreational areas.

Algae blooms typically appear in hot weather, when warm water mixes with nutrients that allow the algae to grow, according to the health department.

Along with the algae blooms, other issues have sprung up at the lake in the past three years, including the continued spread of Hydrilla and, in 2018, an E.coli bacteria contamination in the upper section of the lake.

But the harmful algae bloom problem is what spurred the Lake Anna Civic Association to put together a committee to focus on investigating causes and solutions.

Harry Looney is one of the people charged with leading the project on the algae blooms.

“I think we’ve got some things” that could help, Looney, an engineer by trade, said Tuesday. “We decided to jump in with both feet.”

So far, the group seems to have made headway, forming partnerships or working with state Soil and Water Conservation districts, the Department of Health, the Chesapeake Bay Foundation and several universities, including Virginia Tech and Old Dominion University.

The lake group also has filed for a $50,000 grant with the National Fish and Wildlife Association for a study to investigate the feasibility of creating wetlands to help deal with the nutrient runoff issues from surrounding homes and farms.

Another way the Lake Anna group is trying to tackle that issue is by issuing guidelines to homeowners around the lake to help reduce runoff. Excessive nitrogen and phosphorus from manure and fertilizer is considered a likely primary cause of the algae blooms.

Virginia Tech has provided information and supplies to study the lake. Those supplies allow volunteers to take weekly samples at the lake. In the past, volunteers have taken such samples every two months. The Virginia Department of Environmental Quality tests the water every month.

Looney said testing was set for this past Tuesday, but was postponed due to weather. The tests are now set for Tuesday.

He added that the group has sent its data to the U.S. Geological Survey in an effort to determine if satellites can be used to further study the algae blooms.

The group also has focused on another potential cause for the algae: sediment in the lake bottom.

While the lake water is consistently tested, Looney said “no one has measured the lake bottom.”

Randolph–Macon University is set to help study that issue by collecting sediment and analyzing it this school year, Looney said.

He added that the Lake Anna group will also be testing the water for such issues as high levels of pH (or acidity) and dissolved oxygen, which he said also promote harmful algae.

Looney said the lake group wants to gather as much data and analysis as possible because any solution will likely prove expensive and require state or federal funding.

State results on the next tests at the lake likely will be available around the middle of the month. Those results can be found at the department of health website: vdh.virginia.gov/waterborne-hazards-control/harmful-algal-blooms.

While the Lake Anna State Park beach is safe, algae blooms have led officials to warn people to avoid some other parts of the lake. The Lake Anna Civic Association is working with government agencies and universities to find a solution.

The water is fine at the Lake Anna State Park beach, but algae blooms have affected other areas.