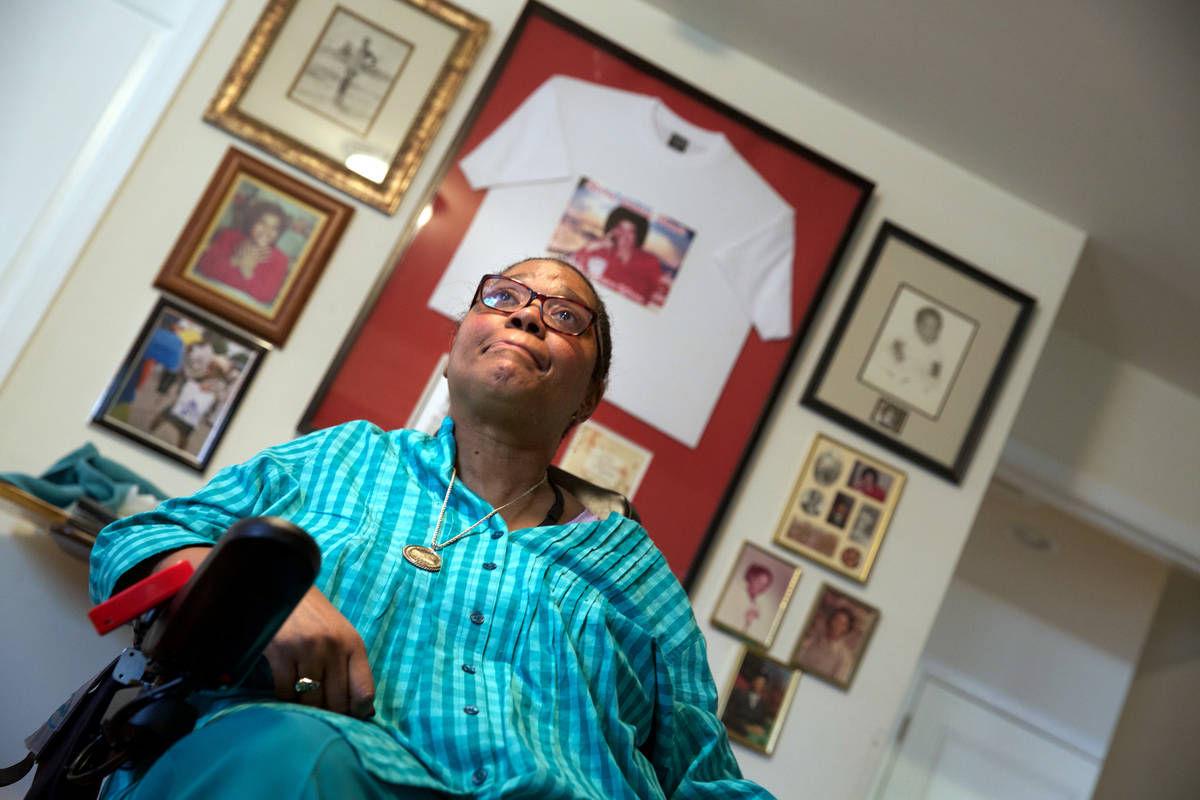 Stafford County resident Geri Davis served as a combat medic in the Gulf War. Her most difficult battle is with multiple sclerosis. 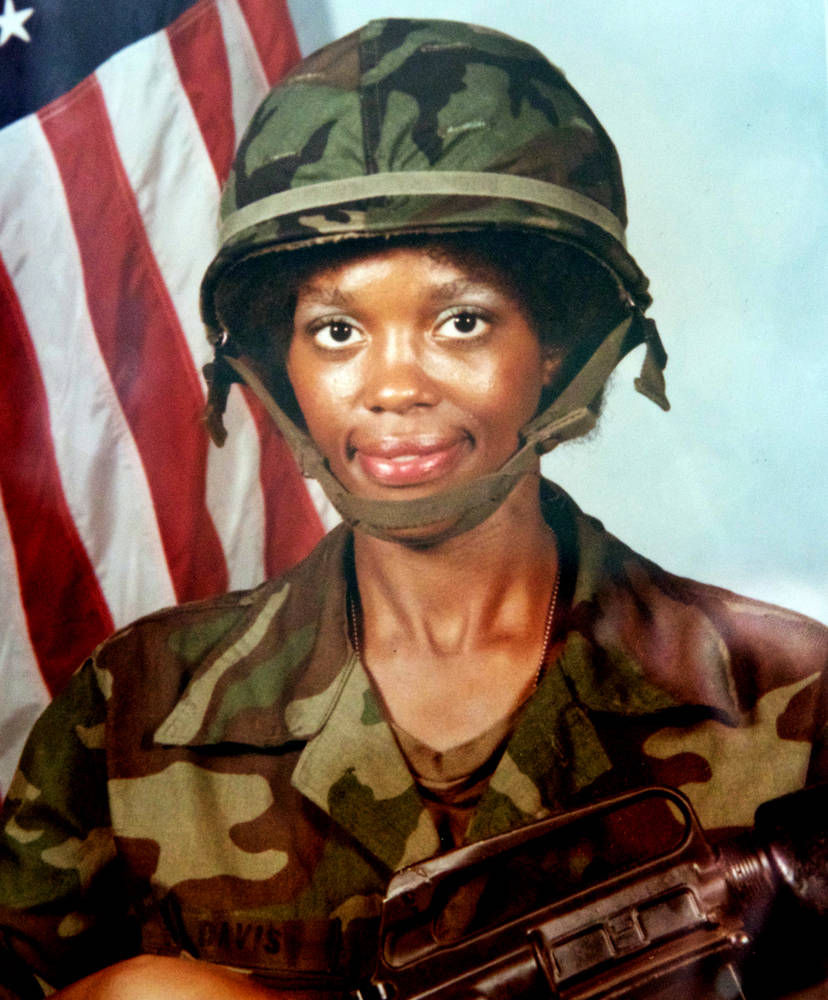 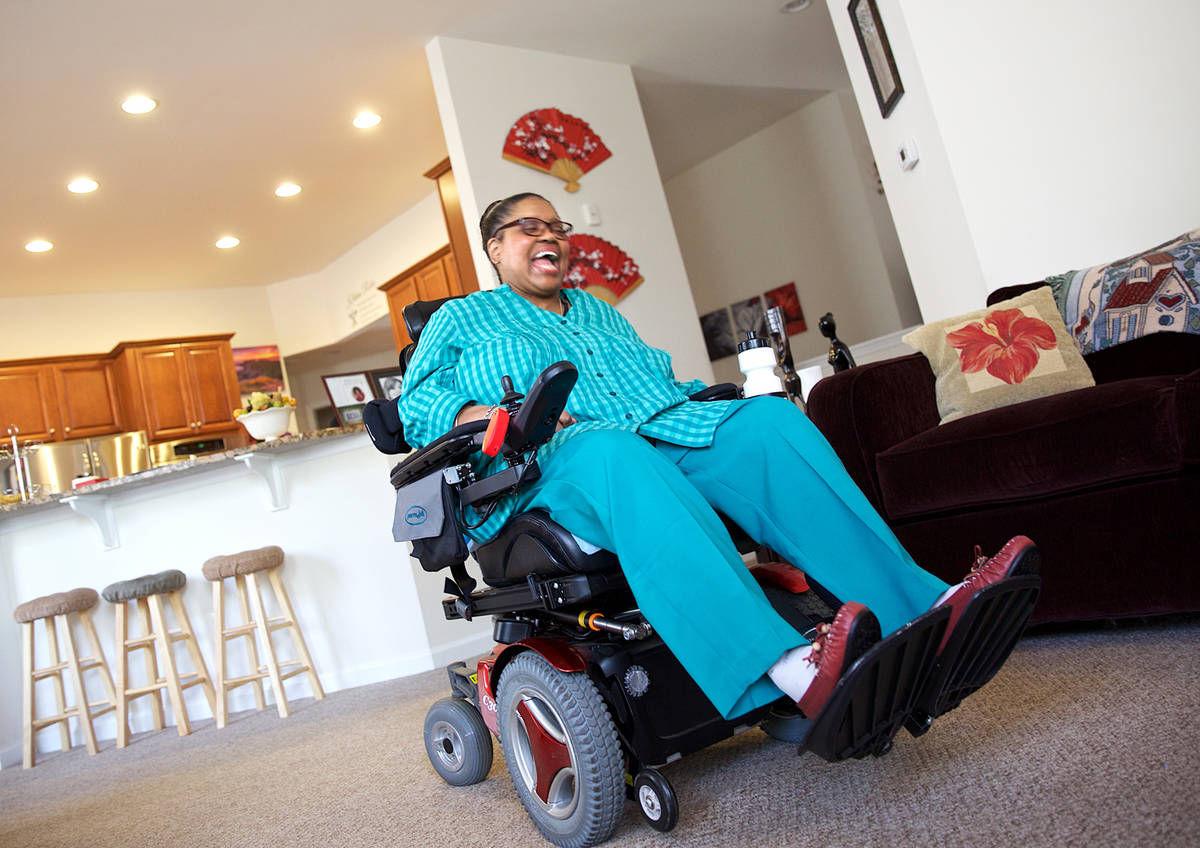 Stafford County resident Geri Davis served as a combat medic in the Gulf War. Her most difficult battle came after the war, when she was diagnosed with multiple sclerosis, which has confined her to a wheelchair. 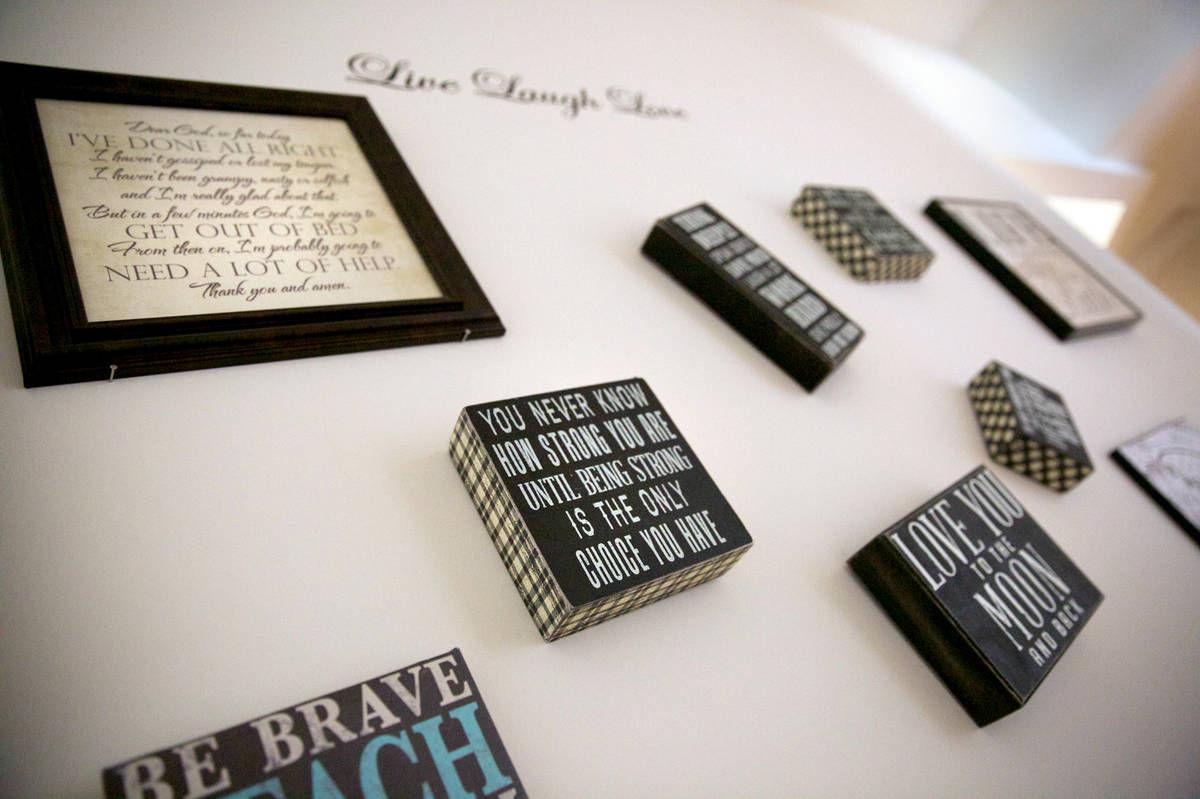 Geri Davis surrounds herself with inspirational sayings to keep a positive attitude while she battles her disease.

Army Staff Sgt. Geri Davis found herself alone in a latrine, a pinpoint on an airfield flung across the vast Saudi Arabian desert. She hit the floor, readying her rifle for whatever might come.

It was her third night in the Middle East—and the second time she thought she might die.

“We thought we were going to be killed as soon as we got off the plane,” said Davis, then a licensed practical nurse with the 15th Evacuation Hospital at Fort Polk, La.

It was January 1991. They’d come to the Middle East under the threat of biological and chemical warfare.

Davis, like most, was not a combat veteran. War was the last thing on her mind when, in 1983 at the age of 27, she joined the Army Reserves.

After high school, she’d gone to work for the federal government in Washington. She’d toiled as a legislative aid and a stenographer and typist.

“Be All You Can Be,” the Army had urged in a catchy jingle aired on TV, and her future was set. Money for college. A chance to be part of the medical field that fascinated her.

She trained to become a combat medic and LPN and enjoyed every minute.

Then, seven years later, Iraq invaded Kuwait. Diplomatic efforts failed to resolve the crisis. On Jan. 16, 1991, the U.S. led an international coalition to oust Iraq from the tiny, oil-rich country thrust as suddenly onto the global stage as Davis and her comrades were thrust into conflict.

On the floor of the latrine, in a country she’d never had occasion to consider, minutes passed. The lights came back on. Davis gathered herself.

Over the next four months in the desert, she would not fear for her life again. The war was over almost as quickly as it had begun. The coalition had been victorious.

“When I came back, I kissed the ground and thanked the Lord,” Davis said.

The most significant battle of her life was still ahead.

More than 600,000 American service members deployed to the Middle East in support of a war that began and ended 25 years ago. Of those, 292 did not come home.

“There was danger at every point,” Davis said recently from her home in Stafford County, where a small bookcase is dedicated to her time there. “Don’t let people tell you it was nothing or it was a scrimmage. That was our life.”

The 15th Evacuation Hospital arrived just south of the Iraqi border on Jan. 25, 1991—just more than a week after the coalition began its bombing campaign, according to a 2001 U.S. Army Medical Department Journal.

Within six days, the hospital was ready to treat its first patients. By Feb. 7, it was fully operational, with 400 patient beds, eight operating rooms, intensive care units and laboratory and radiology services.

Most beds remained empty. But by spring, 1,000 patients would be treated there.

Davis was put in charge of a morgue that, thankfully, remained empty, she said. She tended to shrapnel wounds and friendly fire incidents. One soldier she helped treat had stepped on a land mine.

She listened to her patients talk about their families back home, looked at photographs carried halfway around the world.

She helped keep the hospital safe and sanitary. When sirens pierced the silent night, she did what she felt she must to protect panicked patients.

“People would scream. I’d have to knock them out to put on their masks,” Davis said. “The whole purpose was to come back alive and bring back alive whoever else we could.”

She served guard duty when she was needed, lying on a cot in the dark with a radio in one hand and a rifle in the other.

“A lot of Iraqis were trying to get on post, not to kill us, but because they were hungry,” Davis said.

She watched a car barrel across a barrier and refrained from firing, she said. “They wanted some food. They were not a threat. Saddam Hussein was starving them.”

She worked 12-hour shifts and showered every other day, scrubbing herself and her dusty clothes beneath the spigot.

The sun beat down by day. When night fell, the black desert seemed to stretch all the way to the stars.

Sometimes, Davis wondered if all of this was real or if she’d somehow ended up in an episode of “M*A*S*H.”

In this war, soldiers still waited on letters from home.

Davis’ first piece of mail came 45 days after she arrived. It was a card from her mother, shaped like a medal with the words, “I done real good.”

“Their skill, professionalism and courage inspired America and brought back a sense of honor and prestige to our military that continues to this day,” the National Desert Storm War Memorial Association writes on its website. “America had braced itself for a new Vietnam, but instead the Iraqi army was defeated after a month of bombing and a 100-hour ground campaign. Generals like Colin Powell and Norman Schwarzkopf became instant heroes. America embraced the military with an enthusiasm not seen since World War II.”

Back home, Davis marched in victory parades. She accepted flowers and medals—a Bronze Star among them.

She put into a scrapbook postcards from the Middle East, a Polaroid of herself on top of a camel, newspaper articles her mother had clipped telling the story of women at war.

“We were with our male counterparts,” Davis said. “Women were pilots, women were driving trucks. Women were doing everything. We were all together. It didn’t matter. We were there with each other to help each other survive.”

The 15th Evacuation Hospital personnel left by big, yellow school bus. She has pictures of that, too, of local children smiling wide smiles and waving.

“We felt like we were heroes,” Davis said. “We did something good for mankind. Mission accomplished.”

Davis returned to her reserve unit with the 2290th U.S. Army Hospital.

For the next five years, she fulfilled her military duties whenever she was called upon. She worked in the private and public sector in a variety of jobs, many of them medical—as an EMT and a CPR and first aid instructor, in a nursing home and a prison.

Davis was discharged in 1996 as a sergeant first class. Her health was not what it had been, she said, and she wanted to go out on top.

Less than a year after returning from the Gulf, a blood clot in the leg put her in the hospital for a week. She temporarily lost her vision. She passed out.

The diagnosis came at the end of 1999: Multiple sclerosis.

As she battled symptoms that would ultimately put her in a wheelchair, Davis watched from the sidelines as the U.S. went back to war in the Middle East.

“When 9/11 happened, I went through a crisis a little bit. We felt we’d taken care of everything. We thought that was it,” she said. “It was heartbreaking.”

Davis met with a counselor at the Department of Veterans Affairs, which was increasingly tending to her physical health.

By 2010, she was a resident at a Walter Reed National Military Medical Center nursing home. So began the darkest period of her life.

Two years into her four-year stay there, she learned she qualified for an adaptable housing grant from the VA. The paperwork was endless. But in 2014, she moved into a brick home with an open floor plan on Runyon Drive in Stafford.

She filled walls and shelves with inspirational sayings.

“You never know how strong you are until being strong is the only choice you have,” reads one.

The Army taught her many things, she said. “It didn’t teach me how to live as a disabled person.”

She gets by with the help of home nurses. With the same grit that carried her to war and back.

This year marks the 25th anniversary of the beginning and end of the Gulf War. More than 600,000 Americans deployed in support of Operation Desert Storm/Desert Shield. This is the first story in an occasional series.

Stafford County resident Geri Davis served as a combat medic in the Gulf War. Her most difficult battle is with multiple sclerosis.

Stafford County resident Geri Davis served as a combat medic in the Gulf War. Her most difficult battle came after the war, when she was diagnosed with multiple sclerosis, which has confined her to a wheelchair.

Geri Davis surrounds herself with inspirational sayings to keep a positive attitude while she battles her disease.